Launching a successful new animated feature is not as easy as it seems. Children have very short attention spans, so expecting them to sit down and watch something for 90-minutes without running around is a tall order. Plus, there’s just so much competition around nowadays. Animation, like horror, is one of the most prolific genres, with quality varying mightily.

Old faithful Disney have had a resurgence in recent times with Frozen and its many co-producing successes with Pixar, but it’s not just the House of Mouse that’s managing to win the hearts of parents and children alike. Illumination Entertainment’s Despicable Me helped launch the Minions into homes worldwide, while Dreamworks franchises like Shrek, Kung Fu Panda, Madagascar, and How to Train Your Dragon have all been granted multiple sequels that continue to be successful. 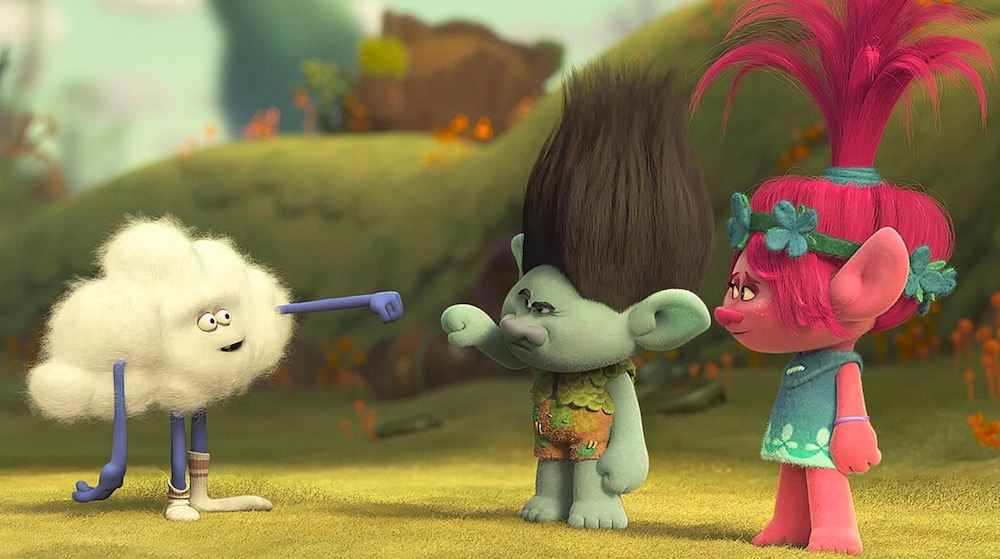 Dreamworks’ latest offering is a brand new project (well, as new as an idea that originated in 1959 can possibly be), based on the popular line of Troll doll merchandise. Trolls went through a genesis of ups and downs from way back in 2010, when Chloë Grace Moretz and Jason Schwartzman were attached, until the project finally settled on being a musical comedy starring Anna Kendrick (Pitch Perfect) and pop star Justin Timberlake (In Time).

The story is simple: the nasty Bergens believe the only way they can be happy is to eat cute little Trolls, who unsurprisingly don’t wish to be eaten. Led by King Peppy (Transparent’s Jeffrey Tambor) and Princess Poppy (Kendrick), the Trolls eventually find a safe haven from hungry Bergen mouths… but the only problem is Trolls love to sing, dance, and generally make noise. Imagine a karaoke cheese-dream washed over with more colours than a thousand rainbows, then throw in well-choreographed dance sequences, and you’ve basically got the Trolls’ daily existence right there. Consequently, you can spot a group of noisy Trolls a mile away, which Bergen chef (Christine Baranski) eventually does. 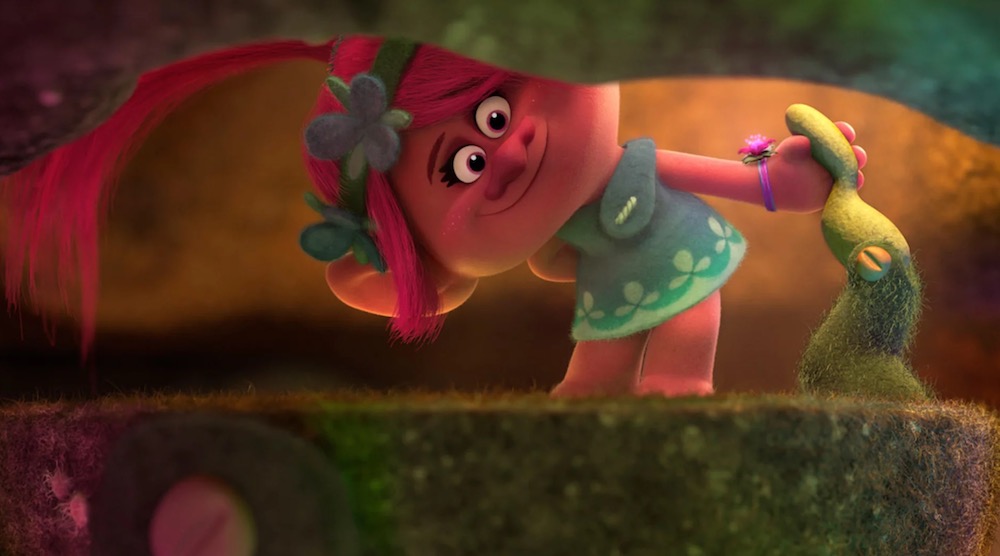 Trolls has everything you need to blow a little child’s tiny mind. Bright lights, loud noises, catchy songs, and lovably characters who all come together in the telling of a somewhat predictable story. It doesn’t reinvent the wheel, but does what it does well enough. Cynics may just see it as a vehicle for selling Timberlake’s catchy tie-in single “Can’t Stop the Feeling!” but you have to admit it will be stuck in your head for weeks.

Kendrick gets to show more of her musical talent, beyond the aca-awesome Pitch Perfect movies, and effortlessly nails the role of Princess Poppy — the positive and fearless lead Troll who young girls everywhere will want to become. Timberlake’s moody Branch may be darker and more paranoid as a sidekick, but he makes for a great foil and goes on an enjoyable personal journey of self-discovery to add more light into his life.

As far as animated features go, Trolls is an enjoyable and harmless way to waste a dreary wet afternoon, but nothing spectacular you’ll be recommending to your adult friends. There’s an admirable attempt at delivering a positive message during the laughs and singing, however, and Zooey Deschanel’s Bridget gives an extra dimension to the loathed Bergens. Her interactions with Christopher Mintz-Plasse as King Gristle Jr gives Trolls a little more heart where it’s needed, but really it’s all about the upbeat music and dance routines that kids will love reenacting in their bedrooms.

Whether Trolls turns into another long-running franchise remains to be seen, but for now this movie can stand alone as another decent addition to Dreamworks’ expanding catalogue. 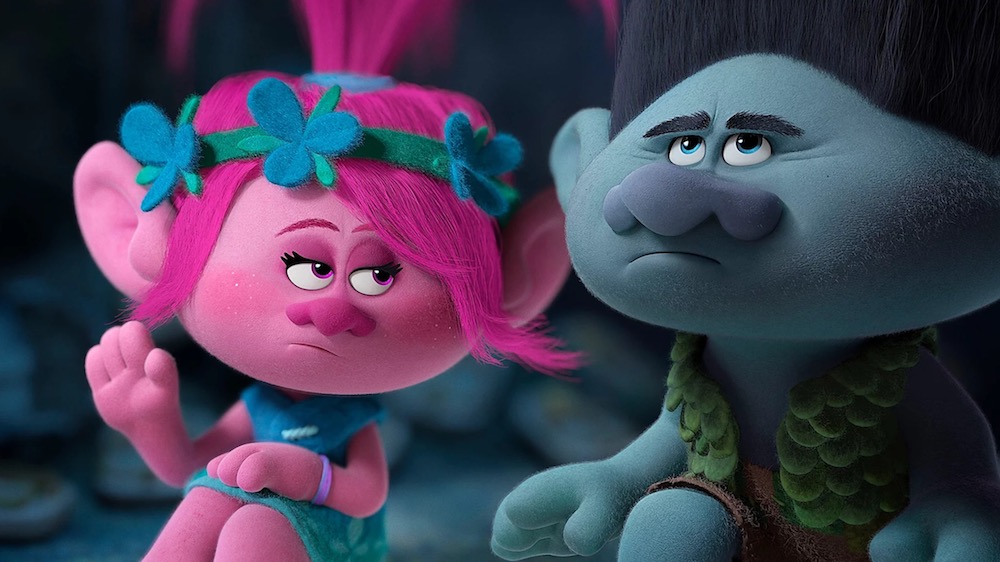