With more outlets than ever for original content, supplementing traditional cinema releases, it’s no surprise that Sky have developed Sky Cinema Original Films, in association with Altitude Film Distribution. Their first two efforts (Monster Family and Hurricane Heist) were released on Sky Cinema and into multiplexes simultaneously, but both were met with largely negative reviews. It seems Sky Cinema is fighting an uphill battle in a competitive marketplace, including big-hitters like Netflix and Amazon Prime, and while original content’s a nice bonus for their subscribers it’s hardly going to attract new ones if the quality’s so low.

Taking that into consideration, it’s hard not to go into Sky Cinema’a Anon without low expectations. Headlined by Clive Owen and Amanda Seyfried, written and directed by Andrew Niccol (Gattaca, The Truman Show), Anon is one of those movies that feels relevant but misses its target. 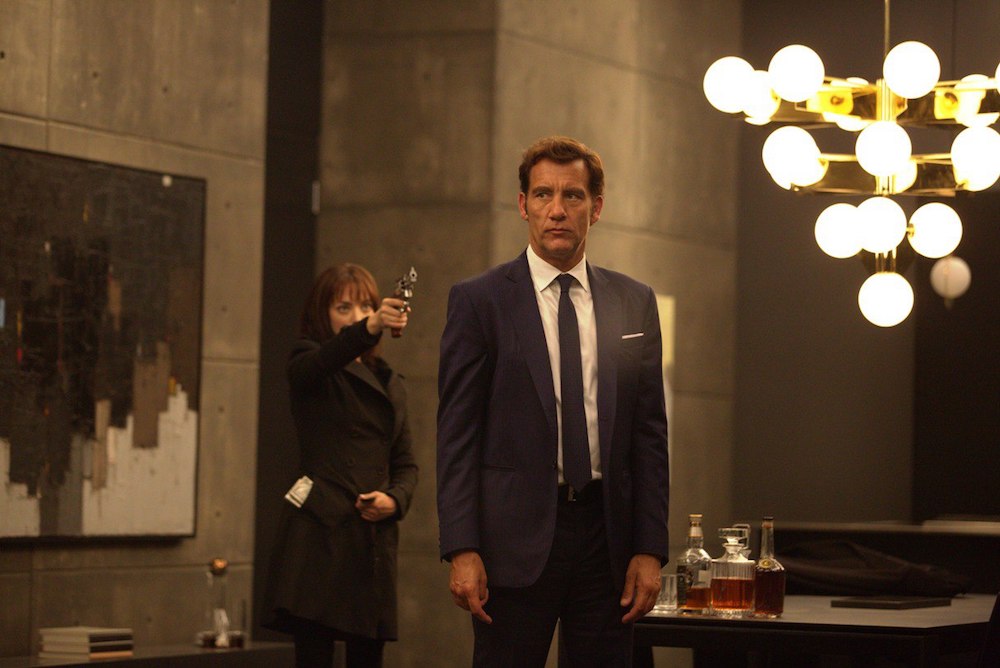 Owen takes the lead as world-weary Sal Frieland, a cop in a dystopian future where everyone’s been given implants (a ‘Mind’s Eye’) granting them a heads-up-display of information about everywhere they visit and everyone they see. Consequently, privacy is non-existent. As Black Mirror-esque as all this sounds, Anon still feels curiously outdated.

Seyfried’s character (‘The Girl’), is the focal point for Frieland. She passes by him one day and he notices he can’t access any data about her. She’s a mystery in a crowd and, ironically for someone trying to hide this fact, it puts her in the police force’s crosshairs. As it turns out, The Girl is linked to various cases detectives are investigating. Murders aren’t uncommon in this future, but memories and visuals can be tampered with, which is of grave concern to law enforcement. If they can’t access the truth how can they reliably deliver justice? 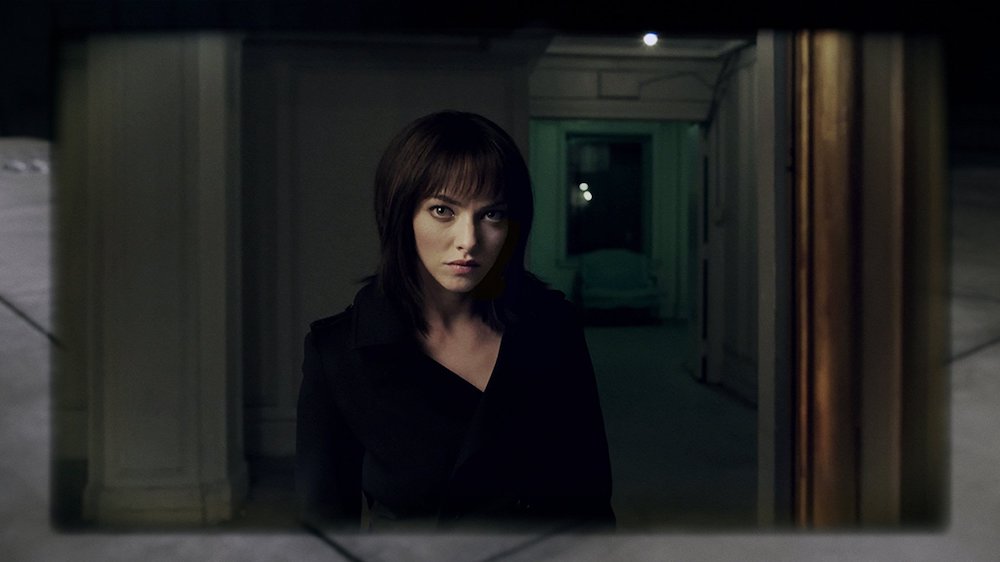 Clive Owen’s always been a strange case to me. He’s an actor I forget exists until he pops up in something, randomly, but I never never seek out his work. He’s managed to maintain a solid career over the decades, although one could say that it’s his TV work in Chancer and The Knick that showcase his best performances. Owen does a decent job as the hero of Anon, bringing a focus and bleakness to a very driven character. He’s not someone you can truly behind, but he’s not presented as such. Instead he’s a fallible guy just doing the best he can to get to the truth, willing to do whatever it takes.

In stark contrast, Seyfried’s character is someone who wants to escape. The Girl hates her status in life, regrets many things, and hopes to erase whatever history she has and help others do the same. It’s not entirely legal but she doesn’t care. As a viewer it’s hard to know which side to support, really, as in theory the police are the good guys… but The Girl’s stance against their monitoring is understandable. 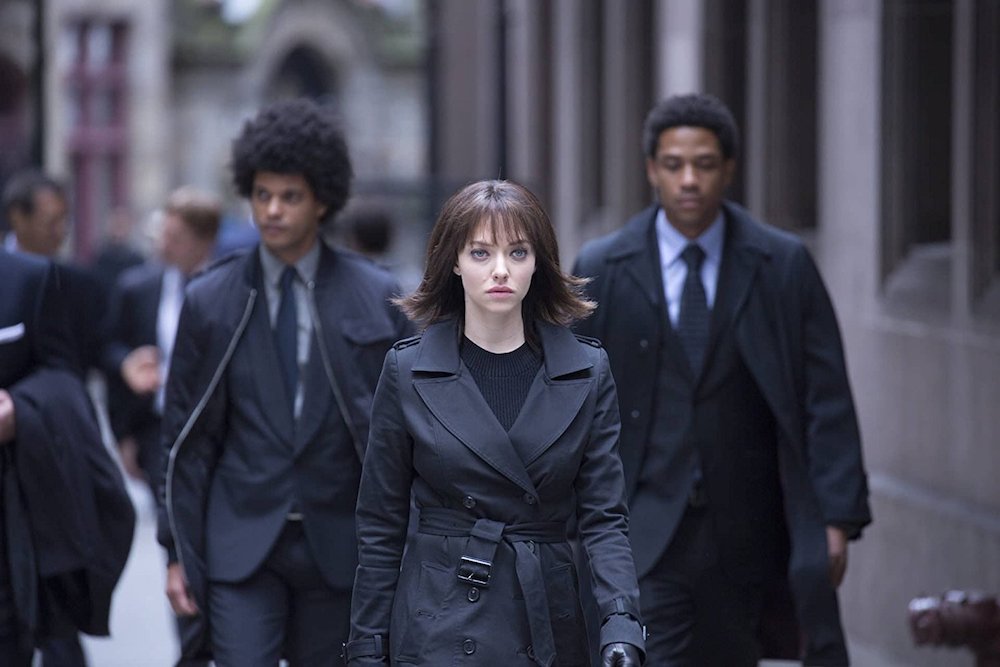 Seyfried carries off the mysterious vibe with a strong attitude, which makes her character captivating to watch, but one can’t help feeling she deserves better than a diluted version of an unoriginal concept. You can’t pin the blame on the cast (which includes Colm Feore and Sonya Walger), as they do the best they can with Niccol’s script. The main criticism is we aren’t made to care about the fates of anyone, and while there’s an intrigue to the story it never creates an emotional connection.

Anon is a disappointment and a wasted opportunity. The visual style is a nice attempt at making the film feel modern and fresh, but the information lists seen through people’s eyes also become quite irritating (perhaps intentionally). It’s a passable made-for-TV thriller, but speaking as someone who loves sci-fi I found Anon sorely lacking. Unfortunately, it’s another miss for Sky Cinema.