With the huge amount of horror films released around Halloween, you certainly learn to lower your expectations with the majority, especially any headed straight-to-DVD or VOD. Most of the focus this October is on Jamie Lee Curtis’s return to the Halloween franchise, but that’s not to everyone’s taste, so what else is there for horror fans? If you love cabin-in-the-woods tales that don’t take themselves too seriously, one could do worse than Brad Baruh’s Dead Night.

If you follow the horror genre—and perhaps even if you don’t—the story here will be familiar, so you’ll know the trip one family take to a remote setting isn’t going to go to plan. Dead Night isn’t a movie with a big name cast, but it aims to be a thrilling 86-minute ride that’ll keep its audiences guessing and on the edge of their seats. It’s chilling enough that it’s a step above the worst DTV efforts out there, anyway. 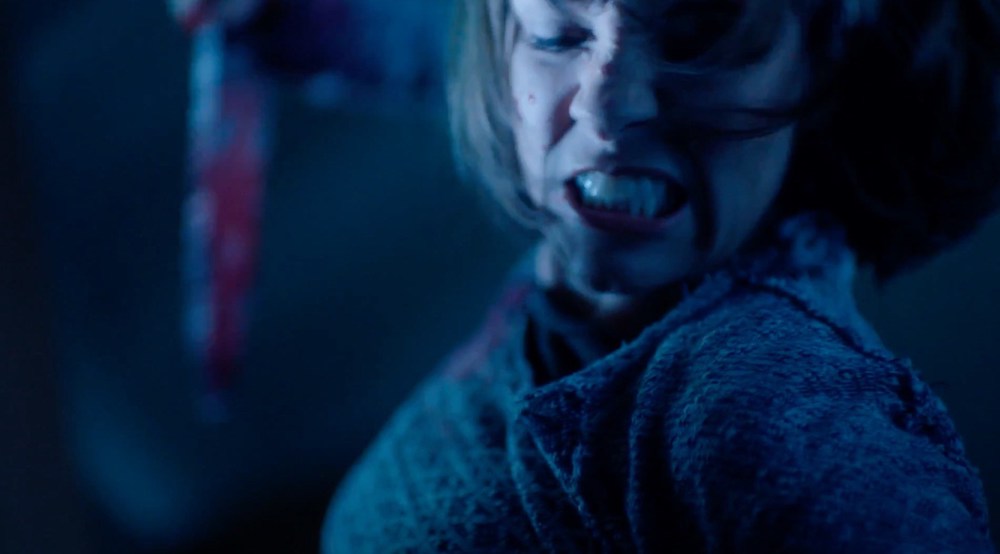 Wife and mother Casey Pollack (Brea Grant) takes her husband James (AJ Bowen) and their children Jason (Joshua Hoffman) and Jessica (Sophie Dalah), plus Jessica’s friend Becky (Elise Luthman), on a vacation partly to distract everyone from James’s terminal cancer. In a desperate attempt to heal James, they research a place that apparently has healing properties and set off.

Ironically, considering their motivation is to keep one man alive, they end up putting their entire family in mortal danger. James finds someone desperately in need of help in the woods (From Beyond’s Barbara Crampton) and things quickly go downhill from there. It’s as if this family watched Wes Craven’s Scream (1996), heard all the horror rules, but decided to ignore every single one of them. You’ll roll your eyes throughout, absolutely, but even its predictability can be fun.

In terms of the casting, everyone here is capable. Grant was a likeable presence on TV’s Heroes, while AJ Bowen has plenty of horror experience from The Signal (2014) to You’re Next (2013). The real enjoyment comes from Crampton, a familiar face from 1980s cult classics like Re-Animator (1985) and Chopping Mall (1986), amongst others. There’s always something entertaining about her performances, as she seems to relish every opportunity to scare audiences and has been enjoying a career resurgence in recent times. Sometimes an actor’s obvious enthusiasm is enough to make a film that bit more entertaining. 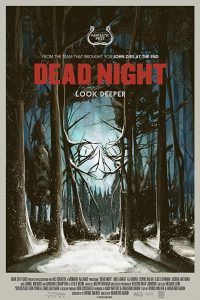 Irving Walker’s script isn’t too bad, either. The biggest crime he commits is falling into typical horror traps and not being original enough with the story. But as people enjoy spotting horror tropes it’s not entirely unforgivable. As long as Dead Night isn’t boring—and most of the time it isn’t—there’s no harm playing around with cliches.

This might be Baruh’s first effort at directing, but as he produced John Dies at the End (2012) and Phantasm: Ravager (2016) he brings enough experience to know what he’s doing behind the camera.

Dead Night did manage to surprise me a few times, despite seemingly it being a mostly by-the-numbers horror. Do all the twists and turns make sense? Maybe not, but it’s nice a few shocks landed because it kept me watching through to the end. Dead Night is more silly than outright scary, however, although that isn’t necessarily a bad thing. While it’s not the best option out there for horror this Halloween, it feels like a nice callback to old-school ’80s films.