15 years after murdering his sister on Halloween night 1963, Michael Myers escapes from a mental hospital and returns to the small town of Haddonfield to kill again.

Impressed with Assault on Precinct 13 (1976), producer Irwin Yablans and financier Moustapha Akkad paid up-and-coming filmmaker John Carpenter $10,000 (plus 10% of any profits) to write, direct, and score a movie about a psychopath killer targeting babysitters. “The Babysitter Murders” was written in 10 days by Carpenter and his then-girlfriend Debra Hill, later retitled “Halloween” after Yablans suggested the setting for added creepiness. Carpenter could thus play on the disquieting atmosphere of All Hallows’ Eve—a time when evil spirits are said to prey on the living – while juxtaposing its supernatural vibe with the secular idea of a community living with the scars of a notorious murder. A killing that’s become a legend for those too young to remember it first-hand.

Halloween concerns high school teen Laurie Strode (Jamie Lee Curtis), who’s looking after a neighbour’s two kids on “the night HE came home” as the tagline famously read. “He” being Michael Myers (Nick Castle with the mask, Tony Moran without), an ill-famed former resident of Haddonfield, Illinois, who was hospitalised as a child after stabbing his older sister Judith to death on Halloween. Having been locked away under the observation of child psychiatrist Dr Sam Loomis (Donald Pleasence), Myers escapes during a thunderstorm (well, of course) 15 years later and heads back to his hometown to continue where he left off. 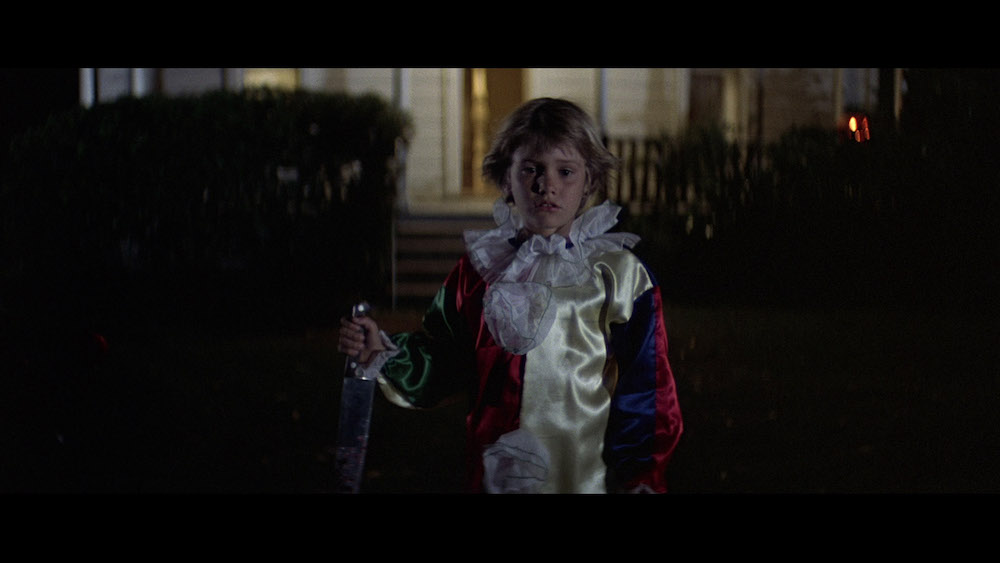 It’s a brutally simple story. Halloween wasn’t a pioneer of storytelling or revolutionising the slasher. It just left the deepest impression on audiences and made the biggest mark (grossing $70M from a tiny $325K budget). Hollywood started cranking out dozens of imitators, hoping to emulate Halloween’s unexpected success, and this grubby subgenre came to dominate 1980s horror cinema. But the 1970s themselves had been full of influential giallo films about black-gloved maniacs wielding knives, while The Texas Chain Saw Massacre (1974) and Black Christmas (1974) are notable US precursors to Halloween—both giving their horror a riveting ‘it could happen to you’ realism. Carpenter even borrowed Halloween’s opening ‘child’s POV’ sequence from Black Christmas. (A scene that always makes me question the logic of the camera being held above a little boy’s eye line, incidentally…)

The low budget affected the calibre of talent Carpenter could attract to the movie, with Donald Pleasence (Blofeld in Bond movie You Only Live Twice) receiving the biggest pay cheque of $20,000. He wanted to cast June Lockhart (Lassie, Lost in Space) as Laurie Strode, but she wasn’t available, and then Debra Hill suggested Jamie Lee Curtis because her celebrity mother, Janet Leigh, appeared in Alfred Hitchcock’s Psycho (1960). It was cheap casting with an eye on the marketing buzz, as Curtis was only paid $8,000 for her big screen debut. Although the part became the actress’s signature role, and one she’s reprised in four of the ten sequels. That said, Halloween’s box office success didn’t translate into overnight stardom for Curtis herself, which disappointed Carpenter so much he made sure to cast her again in The Fog (1980), which turned her into a bonafide ‘Scream Queen’ of the ’80s. 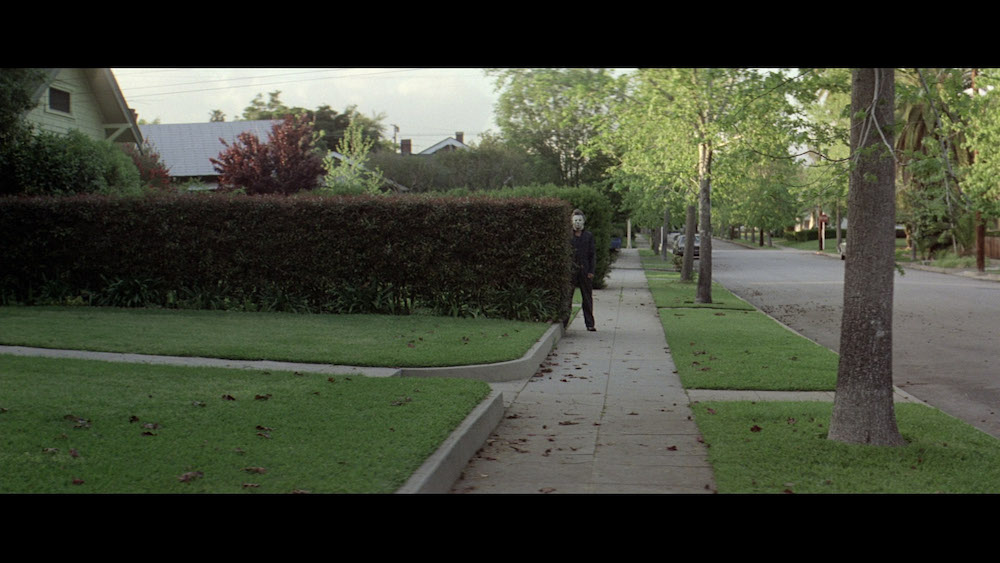 One other fun bit of casting is that Michael Myers himself (referred to in the script as “The Shape”) was played by Nick Castle, a university friend of Carpenter’s, who was only paid $25 a day and wore a resprayed “Captain Kirk” mask production designer Tommy Wallace widened the eyes of. Castle went on to co-write Carpenter’s Escape from New York (1981) before becoming a director himself, helming The Last Starfighter (1984), The Boy Who Could Fly (1986), Dennis the Menace (1993), and Major Payne (1995). He never played Myers for any of the cash-in sequels, with the exception of David Gordon Green’s Halloween (2018) that acts as a direct follow-up to the original and ignores the others.

Halloween was shot in just 20 days in May 1978, and the music only took Carpenter three days to compose. That’s incredible, considering the film’s theme is arguably the most enduring and timeless aspect of Halloween, still able to unsettle audiences while being open to enjoyable reinterpretations because of its underlying simplicity. 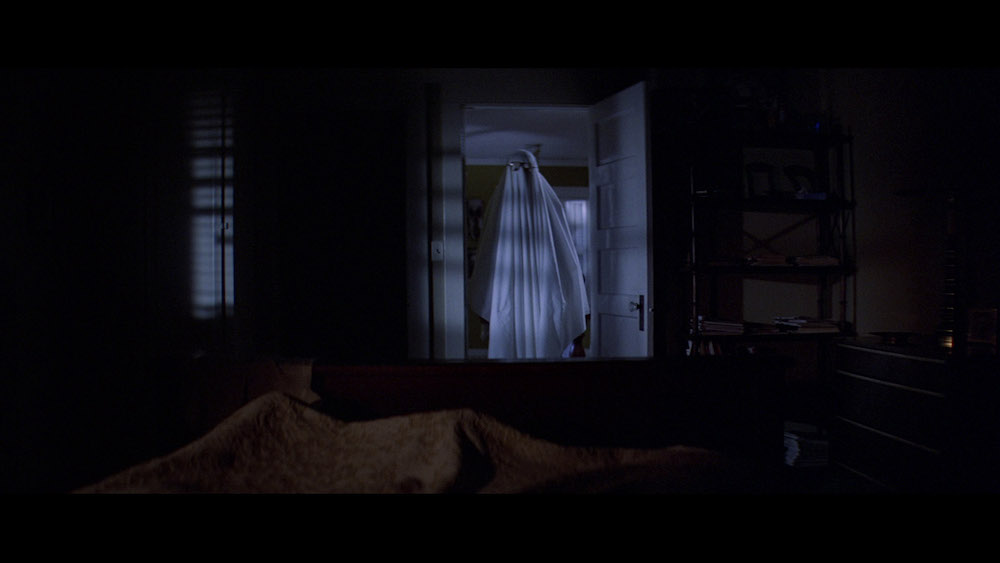 40 years later, Halloween is deservedly held in high regard by both horror fans and discerning cineastes. Any resurgence of the slasher genre tips its hat to Halloween, which perfected the template for every madman slasher that followed. Carpenter wasn’t quite at his creative peak in ’78—for me, that came with The Thing (1983)—and the richness of the world he created was restricted by its low budget, but he understood the fundamentals when it came to making a good suspense movie: spend two-thirds building a sense of foreboding, then ensure the last third provides a bloody release or pressure.

These days, slashers graphically slaughter someone every quarter-hour and climax with a third act bloodbath, so the quiet and restraint of Halloween has become more notable. Although Laurie’s reaction to a strange man wearing a white mask and hanging around her neighbourhood is worryingly nonchalant. Even when the little boy Laurie’s babysitting freaks out about “the boogieman” lurking outside, she shrugs it off. 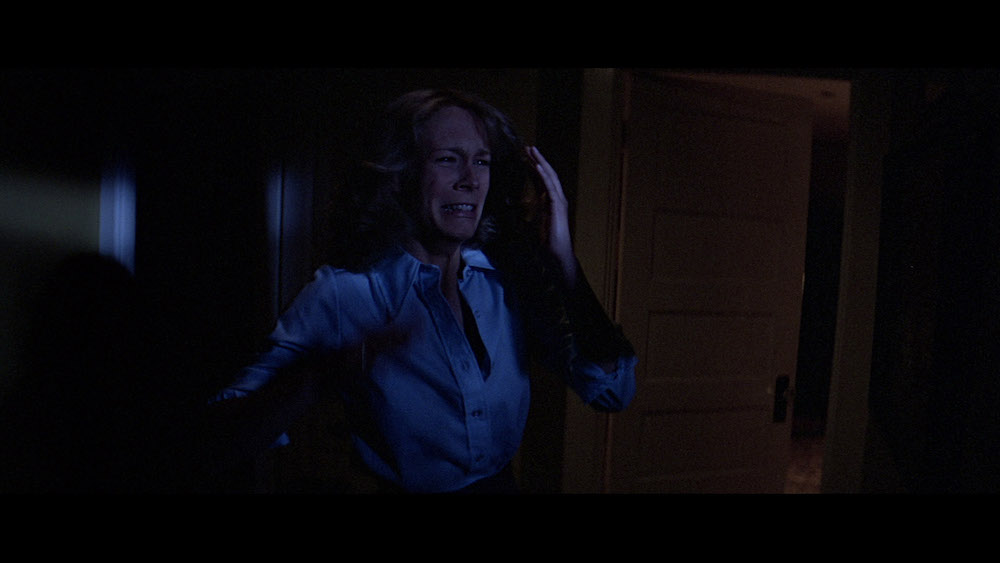 In all honesty, there are many things about Halloween I wish were better today. I can’t help viewing it with modern eyes, as I didn’t see it contemporaneously. It’s hard for people to admit they have criticisms of a movie that’s since become a bonafide classic of its genre, while also creating an iconic villain, so I have a feeling I’m not alone in having criticisms of Halloween. Carpenter put together a solid movie on a relative shoestring, with the violence orchestrated with commendable skill and subtlety, but there are budgetary downsides and problems with the barebones story.

This is a rare US horror where Halloween isn’t portrayed with the usual carnival atmosphere of kids dressed in white sheets, or really much seasonal decoration in general. A few of Haddonfield’s houses have a jack-o-lantern on the porch, but that’s about as far as the budget stretches. For a horror that’s become the lynchpin of Halloween viewing, it’s ironic its own “Halloween vibe” isn’t baked into the atmosphere—partly because it was filmed out of season, in early summer. Then again, the stillness of its October evenings is more relatable as an Englishman because this holiday’s never been something that gets the neighbourhoods bustling with trick-or-treaters. 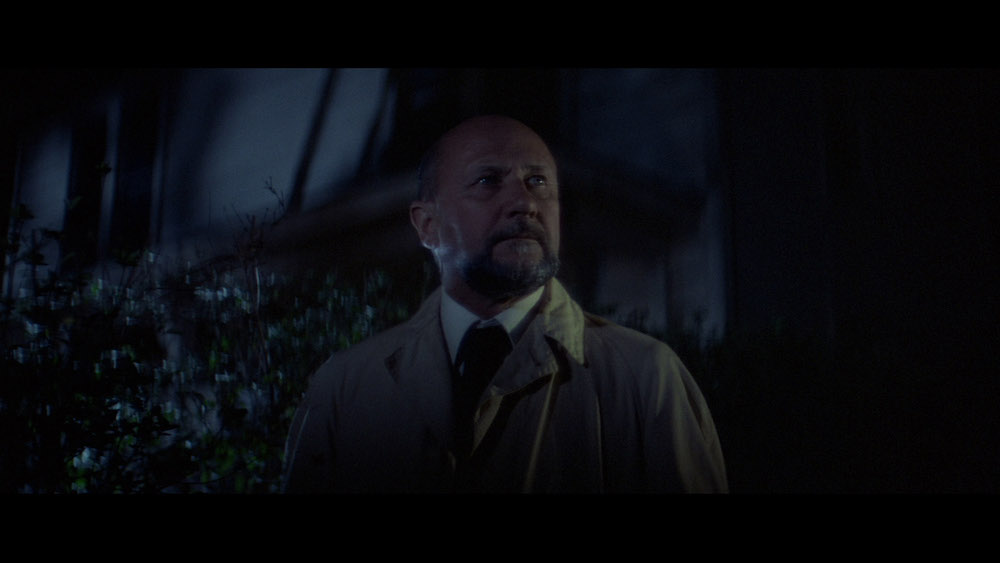 The absence of adults works in the movie’s favour, as it gives the town a peculiar atmosphere where “older kids” have unwittingly become the protectors of the “younger kids”, against arguably the world’s evilest child now fully grown. And while Michael Myers is an adult, he’s only a 21-year-old man behind that mask, so not actually much older than Laurie and her friends.

I’m not sure if the lack of adults was a creative decision or a further symptom of the low budget, but there are times when you start wondering why Dr Loomis seems to be the only person worried about an escaped lunatic. He gets help from a sceptical sheriff (who’s more of a sounding board for his character), but their attempts to trace and recapture Myers is oddly low-key and inept. Shouldn’t they be advising everyone in Haddonfield to stay indoors, lock all the doors and windows, and call the cops if they see anyone strange hanging around? Or gather together in a public area for safety until Myers is found? Maybe the movie would be over in half the time if they did that, true, but I always wonder what on earth the authorities are playing at. 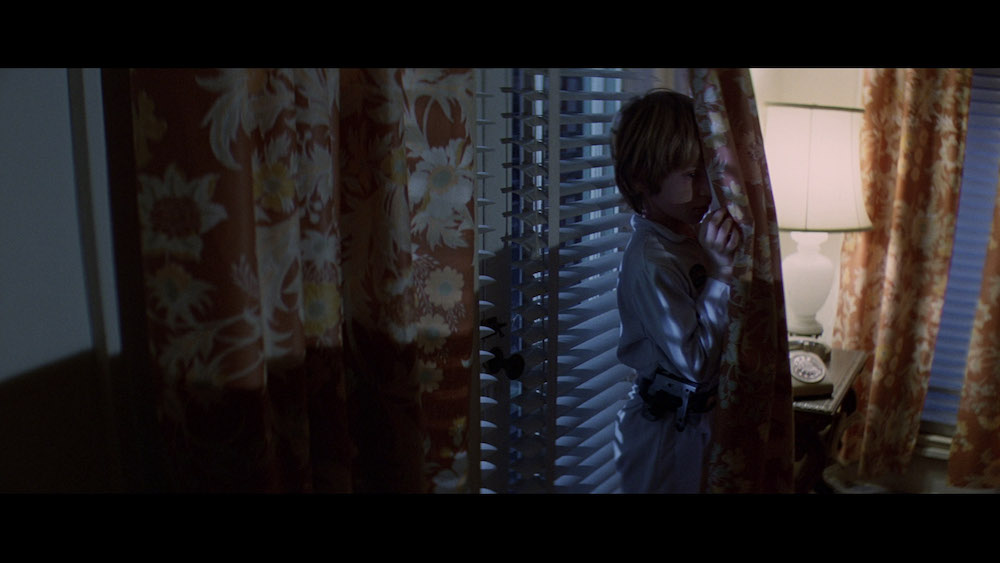 There’s also a more common complaint that Laurie Strode isn’t an especially strong female character, as she mostly hides from Michael Myers when he shows up, and is ultimately rescued by Sam “the man” Loomis with a handgun. I’m less convinced by this line of argument because, to me, Laurie is more believable than most women in a horror movie dealing with a masked home invader. She wisely keeps the kids under care safe, then tries to escape the obvious danger and raise the alarm. Maybe it would have been cooler if she’d been the one to rescue Loomis from a grisly demise, but part of Halloween’s success is that it treats the “escaped madman” cliche with realism.

While an important and influential horror, Halloween is a seminal movie I appreciate more than outright love. The slasher sub-genre has just never been a favourite of mine, as I find most of them too simplistic (compared to what a good supernatural or sci-fi element can bring to the table), but I appreciate the filmmaking craft and enduring legacy of what John Carpenter achieved four decades ago.

Written By
Dan Owen
More from Dan Owen
Mike takes an impromptu trip out of town; as she and Jimmy...
Read More