H.P Lovecraft’s such an influential author of horror fiction, and yet precious very few of his stories have been adapted for the screen. This is probably because his best tales concern mankind’s fear of the unknowable, and he builds a feeling of dread from pushing at the edges of human imagination. If you apply his work to a visual medium, you risk disappointment because seeing is never scarier than imagining.

However, some of the American author’s more adaptable stories have been filmed over the years, and the majority have come from filmmaker Stuart Gordon. From Beyond was released a year after Gordon’s Re-Animator (1985) became an unexpected hit, and the director would go on to adapt Lovecraft’s The Outsider (as 1995’s Castle Freak), The Shadow over Innsmouth (confusingly named after a different Lovecraft story called Dagon in 2001), and “Dreams in the Witch-House” for the Masters of Horror TV series in 2005. And while Re-Animator remains his most celebrated and famous work, From Beyond may actually be his best. 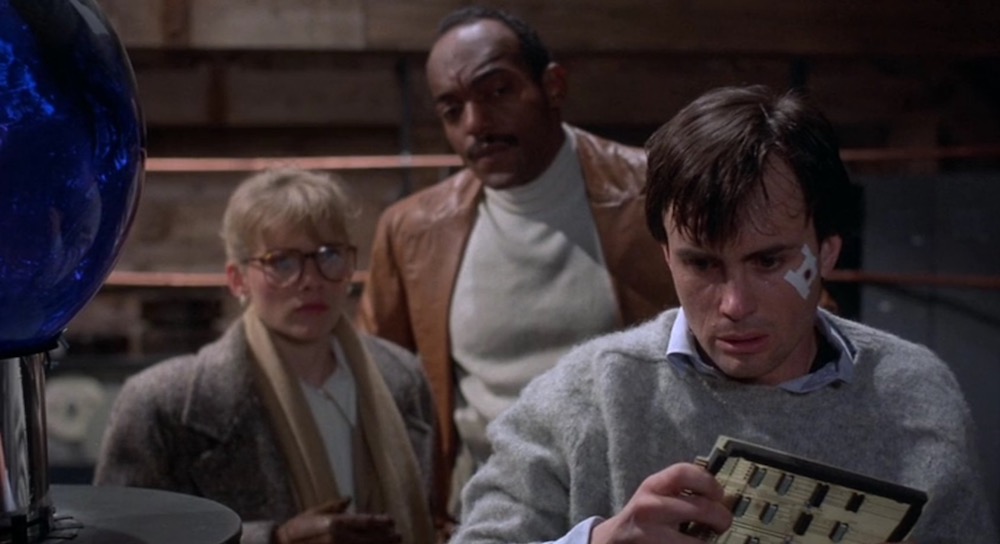 From Beyond reunites Jeffrey Combs and Barbara Crampton from Re-Animator, with Combs playing another scientist alumni of the Miskatonic University. This means those two movies take place in the same universe, although quite why Re-Animator’s Herbert West and From Beyond’s Crawford Tillinghast look identical isn’t raised.

We meet Tillinghast as he tests a strange machine called ‘the Resonator’, which stimulates his pineal gland and allows him to see eel-like monsters floating around the laboratory. After one of them bites a chunk out of his face, Tillinghast shuts the machine off and informs the Resonator’s creator, Dr. Edward Pretorius (Ted Sorel), of the breakthrough. Unfortunately, once Pretorius turns the Resonator on he becomes enthralled by its power and is decapitated by something ‘from beyond’ as Tillinghast flees the scene in terror.

This setup is a little clunky and odd, but fortunately the movie grows in confidence once the story truly gets underway. Straight-laced Dr. Katherine McMichaels (Crampton) goes to see Tillinghast at the psychiatric ward he’s promptly committed to, being the prime suspect of his boss’s murder, but Katherine senses a truth to this frightened man’s version of events, and when a brain scan reveals Tillinghast’s pineal gland has become enlarged, she decides to accompany him back to Pretorius’s lab with Detective Bubba Brownlee (Dawn of the Dead’s Ken Foree) and reactivate the Resonator to prove, or disprove, his extraordinary story. 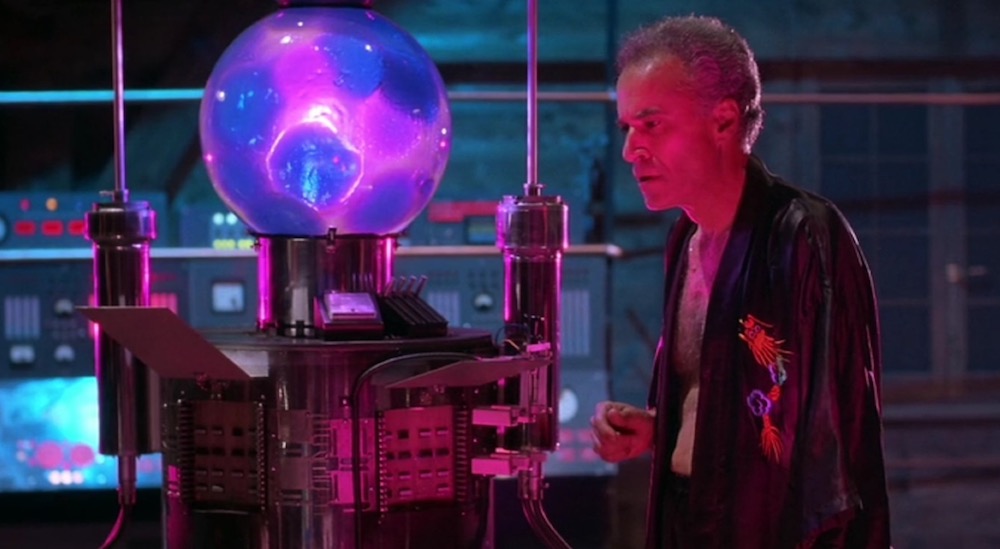 Largely an excuse to deliver a mix of different body-horror make-ups and effects, From Beyond nevertheless holds together surprisingly well as an exploration of sexual desire. Early on, we learn that Pretorius was into sadomasochism with various girls he’d bring home to play in his ‘sex dungeon’, and that the pineal gland is responsible for inhibiting sexual development (which isn’t actually bullshit created for the movie). So the Resonator’s stimulation of that ancient part of the brain not only enables a ‘sixth sense’ to see freaky creatures from another dimension, but it’s stimulating the most sordid urges of mankind. 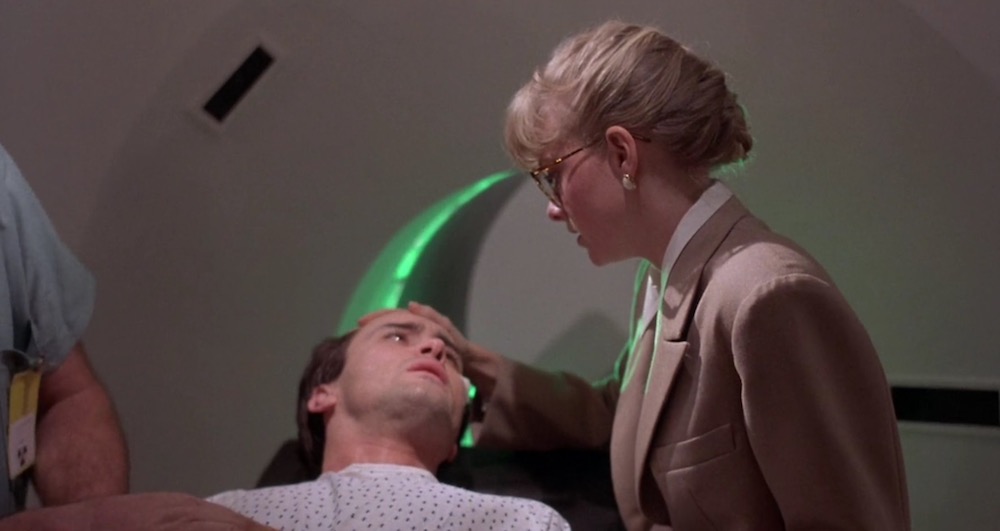 This underlying theme of the movie is best demonstrated when prim Katherine is compelled to keep turning the infernal Resonator on, despite the obvious dangers involved, and ditches her glasses to develop a sudden interest in wearing S&M gear. Towards the end, we’re dealing with a version of Pretorius where his face has essentially been grafted onto an ambulatory penis, and a bald-headed Tillinghast has gone crazy after his pineal gland grows so enormous it bursts from his forehead like some kind of ‘mind phallus’.

It’s pretty crazy and intense stuff, but I like horror movies like this — ones that tell simple stories full of juicy subtext that’s fun to chew on between gawping at the action and effects. But even if you’re just after visual distraction and gore, John Carl Buechler’s pre-digital effects work is pure entertainment. There are lots of crazy animatronic creatures, large-scale puppets, and that old-fashioned brand of sloppy and gooey make-up that doesn’t exist in movies today. In the ’80s, it was almost as if each body-horror movie would try and trump the achievements of its predecessors, so Pretorius was maybe an attempt to outdo Rob Bottin’s work on The Thing. It doesn’t succeed, frankly, but it gets close with a few shots.

It’s so odd that Re-Animator still gets all the praise and has maintained a healthy cult reputation that keeps growing, when in fact Stuart Gordon’s follow-up is much schlockier and generally weirder. Maybe it’s because there aren’t as many laughs on offer here, because Combs isn’t playing a “mad” scientist this time around, although I enjoyed the movie’s unintentional humour — like Foree fighting a basement slug monster while wearing Speedos.