Would you like to win a copy of Edgar Wright's BABY DRIVER on DVD? Read on...

Written and directed by acclaimed filmmaker Edgar Wright (Shaun of the Dead, Hot Fuzz), this fast-paced and furiously stylish heist movie stars Ansel Elgort (The Fault in Our Stars) as a young getaway driver who steers to the beat of his own playlist. With an all-star cast that includes Kevin Spacey (TV’s House of Cards), Lily James (Pride and Prejudice and Zombies), Jon Bernthal (TV’s The Walking Dead), Eiza González (TV’s From Dusk Till Dawn: The Series), with Jon Hamm (TV’s Mad Men) and Oscar® winner Jamie Foxx (Best Actor, Ray, 2004), BABY DRIVER pulls up on 4K Ultra HD Combo Pack, Blu-ray and digital with over two hours of tricked-out bonus features, including over 20-minutes of deleted and extended scenes.

Go behind the wheel of this summer’s biggest surprise box office hit with extensive bonus materials exploring its unique driving and music-infused production, including making-of featurettes on stunt driving with the cast, music, choreography, and orchestrating some of the best car chases in cinematic history. Additional bonus materials include animatics, cast auditions and rehearsals, director commentary with Edgar Wright, and more!

Also, do read our review of Baby Driver here. 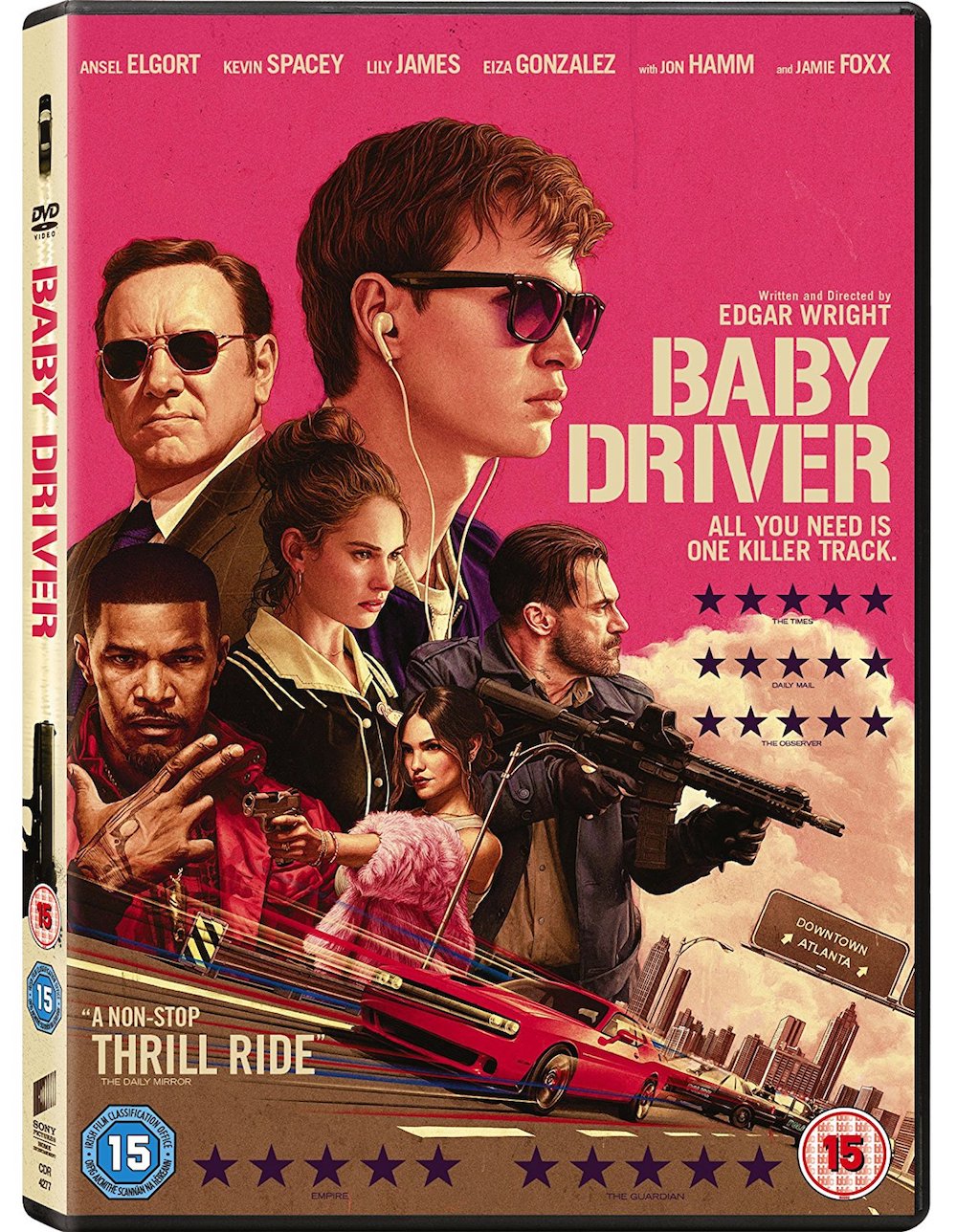 To win a copy on DVD, please do the following: