Based both on Jane Austen’s classic Pride & Prejudice and Seth Grahame-Smith’s parody novel of the same name—adding re-animated corpses into the equation—Pride & Prejudice & Zombies retells the familiar Austen story that’s been adapted almost a dozen times already. This time, though, author Grahame-Smith (Abraham Lincoln: Vampire Hunter) uses a zombie outbreak to change the story, although not enough to alter its fundamental beats. Burr Steers (17 Again, Charlie St. Cloud) both writes and directs here, and what you’re getting is a plot you’ll recognise with occasional appearances from zombies. How much you’ll enjoy it will depend on precisely how much this idea excites you.

Cinderella’s Lily James headlines as Elizabeth Bennet, with Sam Riley as Mr Colonel Darcy. Their relationship is love/hate at first sight, with Darcy seemingly a judgemental and egotistical man, and Elizabeth highly reluctant to consider having to give up her warrior ways for any man, least of all one she views as obnoxious. Other key characters include Elizabeth’s sister Jane (Bella Heathcote), her suitor Mr Bingley (Douglas Booth), pastor Mr Collins (Matt Smith), and soldier Mr Wickham (Jack Huston). There’s also something of a Lannister reunion, even if they don’t share any time onscreen together, with Game of Thrones’ Lena Heady and Charles Dance both appearing in supporting roles. 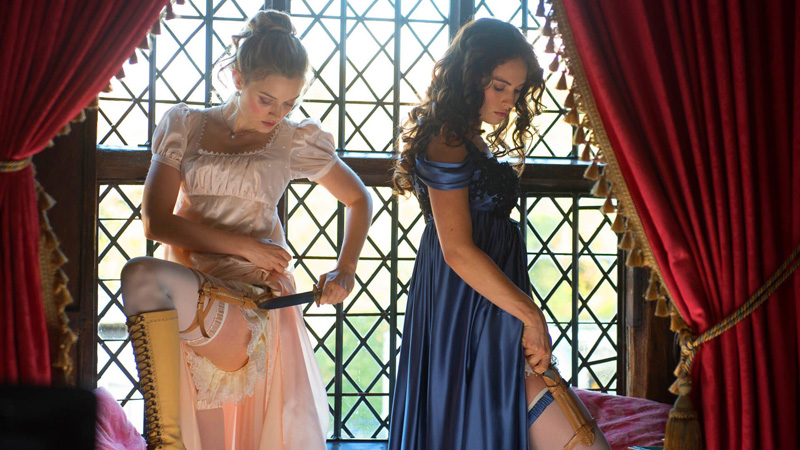 The story throws in a few unusual twists to zombie lore that purists will object to for the same reasons Warm Bodies isn’t commonly perceived as a “proper” zombie story. Here, the zombies can walk and talk like regular people when they’ve only devoured into animal brains, but become cannibalistic when they’ve got a taste of human grey matter. The film also refers to them as “zombies” throughout, which is a welcome change from the frustrating modern tendency to call them anything but—with characters on The Walking Dead inventing names like “walkers”, “roamers” and “lurkers” as they avoid the Z-word.

The ‘mash-up’ style means Pride & Prejudice & Zombies walks a very fine line between parody and plagiarism, with whole lines from the Austen book only changed a tiny bit. The film opens with the same line that begins Grahame-Smith’s book, and one aped from the original Austen: “It is a truth universally acknowledged that a zombie in possession of brains must be in want of more brains”. There are many instances of this kind of playful adaptation throughout; sometimes it makes the film enjoyably quirky, but on other occasions it can be noticeably clunky. 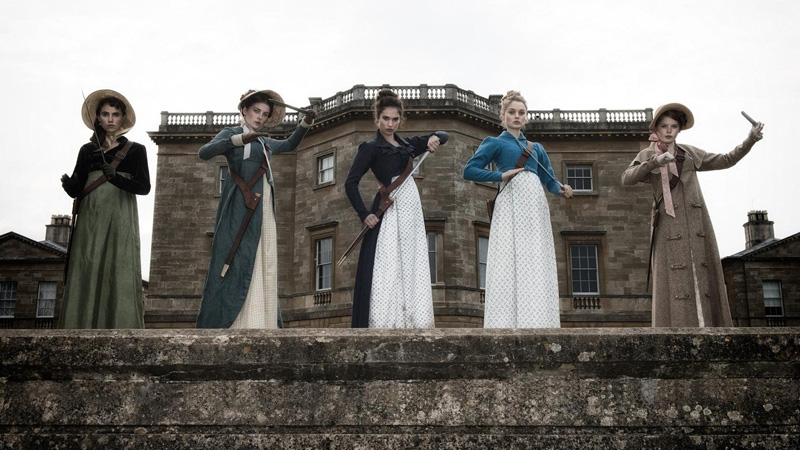 But, even having said that, there is a lot of fun to be had here. Pride & Prejudice & Zombies a knowingly silly film that treats itself without any sense of pomposity whatsoever, and there are lively performances that often make for a very entertaining piece of nonsense. In particular, Matt Smith (Doctor Who) is on great comedic form as Collins, brightening up the screen whenever he enters the room, while being the movie’s reliably humorous performer. Lily James makes for a charismatic heroine too, but almost all the other actors only have flashes of sparkle.

The peculiarities of the twist on Austen’s world are good fun, too, as we learn in the film’s introduction that a plague of the undead began a few years previously and that young women, while still relying on a favourable marriage to achieve higher social status, now train in either Japanese or Chinese martial arts and skills with weaponry, making them more than capable of taking care of themselves in a dangerous situation. 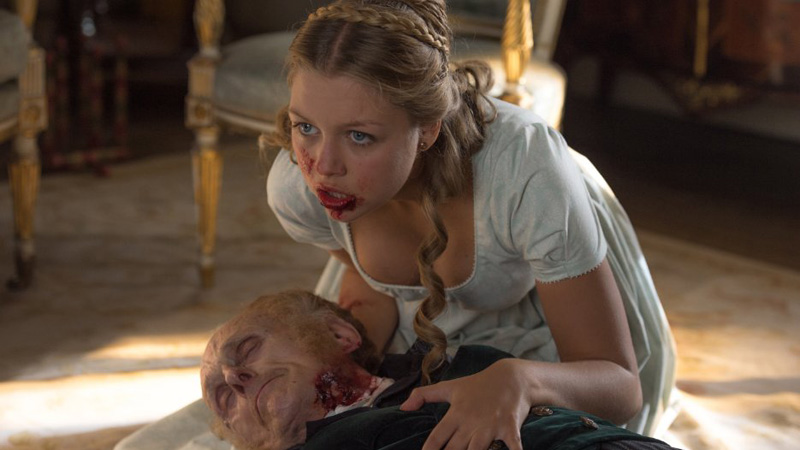 This background should clear the way for exhilarating action, and there’s no doubt that watching the Bennett sisters banter while cleaning rifles and swords makes the potential of their fight scenes an exciting prospect. Unfortunately, the violence is heavily watered down so the film can appeal to a much wider audience, and if you’re expecting quality action direction you’ll be disappointed. This is a strictly 12A affair, and it’s sadly low on violence. It’s frustrating, as the brief glimpses of what the ass-kicking Bennett sister are capable of, and of what Darcy is able to do, or the fearsome reputation of his aunt Lady Catherine de Bourgh (Heady), hint at a more energetic film that could’ve more confidently blended 19th-century romance with inventive zombie-fighting action.

It’s in the uneasiness of its dichotomy that Pride & Prejudice & Zombies ultimately falls down. By being a ‘mash-up’ of two distinctly different things, it fails to a high-quality example of either. While a decent enough Pride & Prejudice retelling, and an action film with more potential than genuine excitement, it doesn’t deliver enough of what audiences will demand after hearing the concept. Nevertheless, even if this is unlikely to stand the test of time, there’s more fun to be had here than one might imagine.