The rise in popularity of international TV drama on our screens is a testament to not only the quality of foreign imports, but the willingness of English-speaking viewers to watch something regardless of language. These days, we have dramas from Scandinavia and continental Europe airing in primetime slots on prominent UK digital channels, genuinely competing with British and US programming.

With the likes of The Bridge, The Legacy, The Killing, Borgen, Spiral, and Deutschland 83 flying the flag for overseas television, it’s worth knowing Europe has other great shows on the outskirts of mass awareness. Therefore, below are 5 foreign dramas that I believe are unfairly sifted to the bottom of the viewing pile. 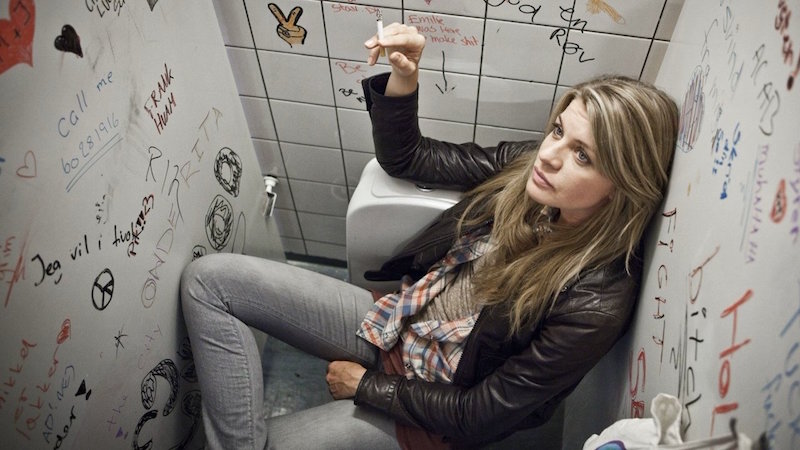 Rita follows the eponymous school teacher (Mille Dinesen) of a small Danish town. As a rebellious teen herself, Rita’s teaching style is very unconventional. Thinking of herself more like a friend than a teacher (both an asset and liability), Rita tries to help students in times of trouble—going above and beyond the line of duty. After the introduction of enthusiastic student teacher Hjørdis (Lise Baastrup), the pair make for a positive, albeit contradictory, double-act who confront student problems head on. But when it comes to her own kids, Rita finds herself in unfamiliar waters.

Written by Christian Torpe, each self-contained episodes tackles different social issues such as sexuality, mental health, racism, drugs, immigration, and other themes during its eight-part season. As a consequence of these thematically-laden episodes, the accessibility of Rita is far beyond any other comedy in Scandinavia, ditching awkward black comedy for bright, intelligent characters who follow positive and relatable storylines. Rita’s charm is that it’s a highly watchable, coming-of-age drama that doesn’t fall victim to the tropes of shallow U.S high school dramas. 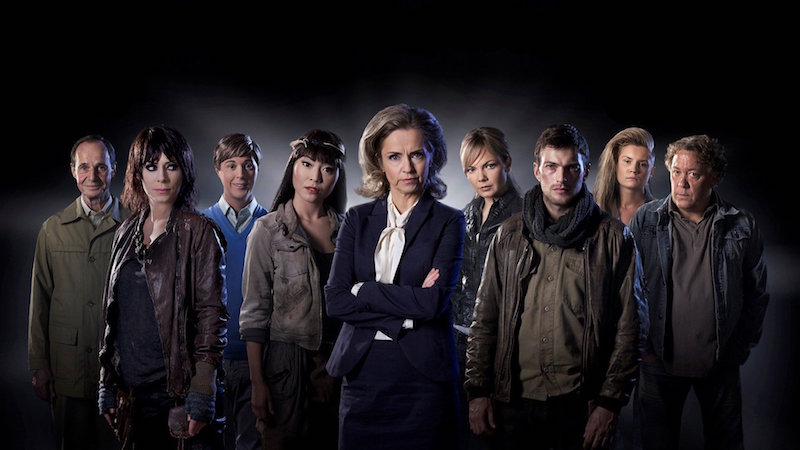 In an alternate universe, robot helpers called ‘HuBots’ have become a household item. If you need free labour, or a new cleaner, or a carer, then you can buy a high-tech android to do those chores for you. Sounds like an idyllic future, right? Not quite. When a group of rogue HuBots are stolen and resold, the Engman family, thinking they’ve purchased a new housemaid, stumble upon one of the first robots ever created. Deep inside Mimi’s hard-drive is code capable of reconfiguring all other HuBots, turning them into automatons with real emotions and inhibitions. However, in the wrong hands the code could be used to turn all HuBots into very dangerous A.I.

If this sounds familiar then it’s probably because Äkta Människor inspired Channel 4 and AMC’s Humans remake. However, the Swedish original is more unique than it’s Anglo-American counterpart in terms of style and themes. For example, there are only a handful of HuBots in this version, and they each have USB-style slots in the back of their heads. This not only de-humanises the plastic-looking androids, but also it demands more of the actors who play the HuBots (an example of this is Johannes Kuhnke’s performance). Thematically the series has every sci-fi taboo crammed in, including the sexual exploitation of the HuBots, and thus the familiar philosophical debate about soulless humanoids. Should the HuBots take jobs from human workers? Should they be raising our children? Should they be given equal rights? All of these questions create a compelling drama that feels unique and intelligent. 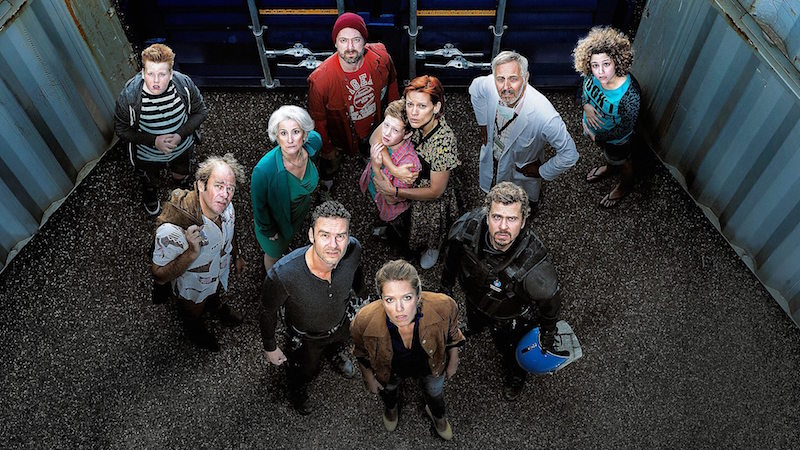 Cordon, one of the few Flemish dramas to succeed beyond the Netherlands, follows the beginning of a deadly virus outbreak in Antwerp. After a doctor begins to fall sick at NIIDA (the National Institute for Infectious Diseases), she’s quarantined and revealed to be carrying a new disease that kills her days later. Patient Zero is an illegal immigrant previously declared healthy, which raises the question whether this new pathogen could have already spread throughout the city. As the symptoms begin to appear all over Antwerp the government act quickly to contain the virus, closing off the exits to the city with large shipment containers.

The narrative follows a range of characters, but primarily Katja (Verlee Baetens), a school teacher whose entire class is quarantined by NIIDA when the first signs of an infection begin. Inside the institute we begin to understand how the virus is first ‘created’, and the panic of trying to find a cure as quickly as possible. We also see a glimpse into the government’s plans through police officer Lex (Tom Dewispelaere), who sacrifices his own morality to help contain people within the cordon.

As far as originality goes, the ‘virus epidemic’ genre has undoubtedly been done countless times before. However, if you can disregard the insane decision to use shipping containers to lock people into a city then you’ll enjoy Cordon, and a second season is currently in production. 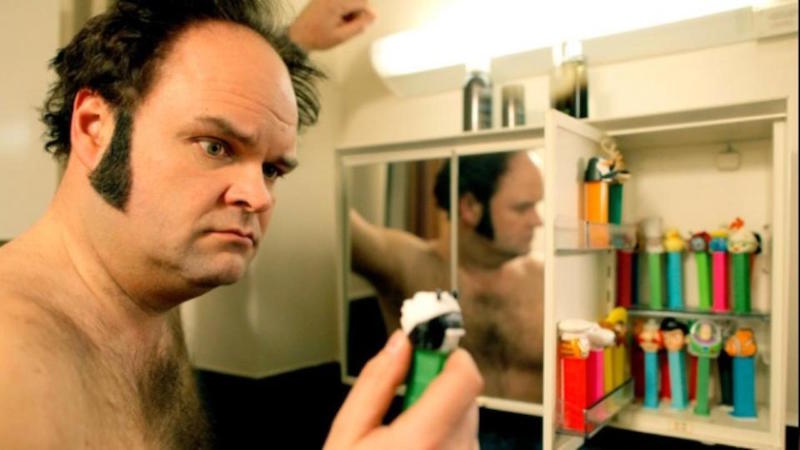 With a medicine cabinet full of Pez dispensers full of Valium, Dag (Atle Antonsen) is the least professional couples therapist in Norway—but he always gets results. A pity those results include divorce, although Dag believes marriage is the root of all problems and divorce is usually the best option. It’s no surprise his first time sessions are usually the last. Like I said, a high success rate.

This Norwegian comedy usually follows Dag and his ludicrous couples sessions that encapsulate most unhappy marriages (lack of sex, emotional baggage, etc). These are the crux of the episodes and become, to the viewers gratification, a look at couples who really should have never been together in the first place. “Get divorced. End the relationship. It’ll be a mercy killing”, says Dag, so seriously it becomes evident that this comedy is well-suited to British viewers, being as dry as a cream cracker. 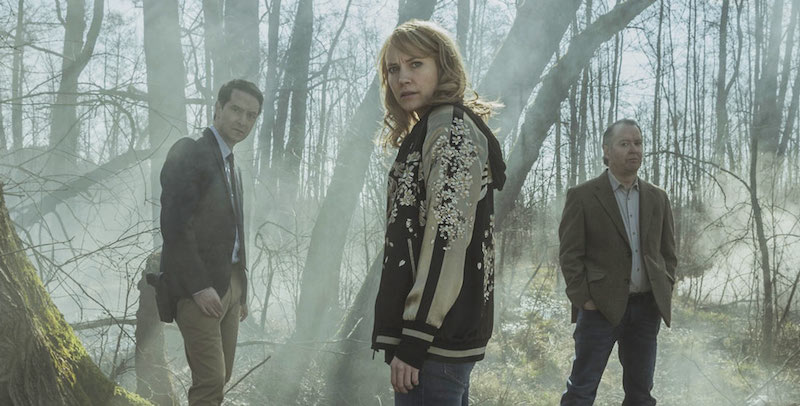 Learning of her estranged father’s death, Eva Thörnblad (Moa Gammel) returns to her hometown Silverhöjd where her daughter Josefine mysteriously disappeared 7 years ago. Whilst she uses the time off as a detective to re-investigate the cold case, another child is reported missing and Eva thinks there must be a link between the two. The investigation takes a positive turn when Josefine is found wandering the forest—but she’s no longer the girl she was all those years ago. Tainted by the forest, Josefine can only survive by drinking a strange liquid accessible in the deeper parts of the forest. So why has she returned? Why is she unable to speak? Throughout this series we begin to learn of the Thörnblad agreement with the forest, the creatures lurking in the trees, and the reason for the disappearance of so many children from the village.

The storyline might not have the highbrow intelligibility of The Bridge, but Jordskott’s supernatural forest setting will find an audience for those looking to experience a new type of Nordic Noir. The supernatural identity of the woods is strong and prevalent in Jordskott, essentially becoming one of the show’s central characters. The storyline of the Thörnblad curse and the ancient myths of the creatures in the forest is a thrill to watch unfold, and Moa’s portrayal of a semi-functioning mother and detective is without a doubt the highlight of this excellent series.

12 Highlights of the Cannes Film Festival 2018