Would you like to win a Blu-ray Steelbook of PADDINGTON 2, plus other prizes? Read on...

STUDIOCANAL is pleased to announce that the BAFTA-nominated hit ‘family film of the year’ PADDINGTON 2 will be available on digital download from 5 March 2018 and on DVD, Blu-ray, and 4K Ultra HD + Blu-ray from 12 March 2018.

To celebrate, Frame Rated are giving away:

The No.1 box-office smash-hit, recently passing £200 million worldwide, will also be released as a Blu-Ray Steelbook and as a box-set with the first Paddington film. Available to pre-order now.

The much-anticipated sequel to the worldwide hit family film finds Paddington happily settled with the Brown family in Windsor Gardens, where he has become a popular member of the community, spreading joy and marmalade wherever he goes. While searching for the perfect present for his beloved Aunt Lucy’s 100th birthday, Paddington spots a unique pop-up book in Mr. Gruber’s antique shop, and embarks upon a series of odd jobs to buy it. But when the book is stolen, it’s up to Paddington and the Browns to unmask the thief… 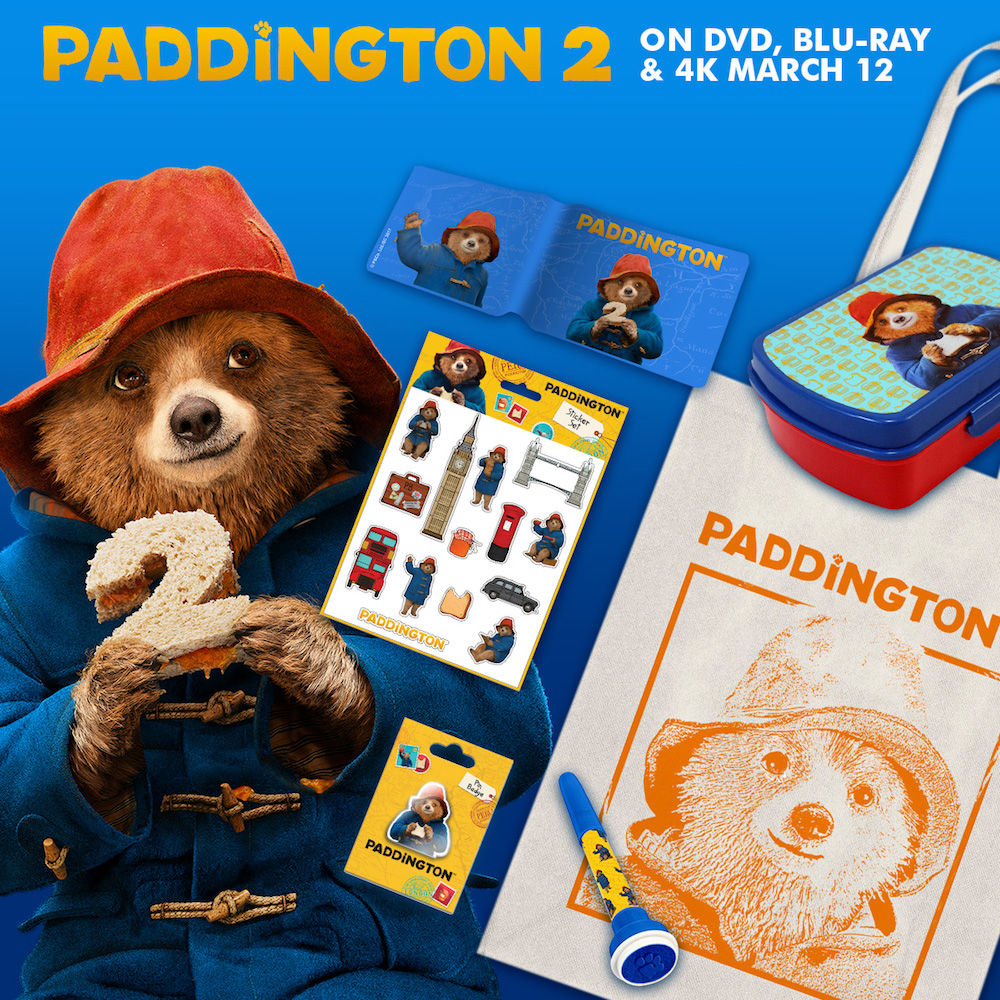 To be in with the chance of winning this Paddington 2 goody bag, just answer this question:

What is Paddington’s favourite sandwich filler?

a) Strawberry jam.
b) Marmalade.
c) Ham and cheese.

Please use the contact form below to send us your answer, remembering to include a UK or Ireland address for delivery. The subject must be ‘Paddington Competition’.