Ironically, this episode felt very familiar. A small town’s community rocked by a spate of strange murders? Creepy kids? A thick forest full of cops with flashlights? Mulder (David Duchovny) believing in a supernatural explanation, Scully (Gillian Anderson) hatching a more down-to-earth theory? This was bread-and-butter X-Files. “Familiar” wouldn’t have looked out of place in the very first season, and I don’t have a problem with that. This revival is partly a big nostalgia trip for fans, so stories that play like “missing episodes” will likely go down well.

The teaser contained echoes of Stephen King’s It, as a little boy in a bright yellow raincoat was lured away from parental safety by an unnerving token of his own childhood. Not an evil entity masquerading as a clown in this case, but fictional kid’s favourite “Mr. Chuckleteeth”, who proceeded to tear the little boy to shreds in the nearby woods after coaxing him away from a playground. The townsfolk of Eastwood, Connecticut, were understandably horrified by what happened, and Mulder and Scully were assigned to investigate because the murderer boy was the son of a local law enforcement officer. I appreciate it when episodes rationalise why the FBI get involved in cases like this, incidentally. 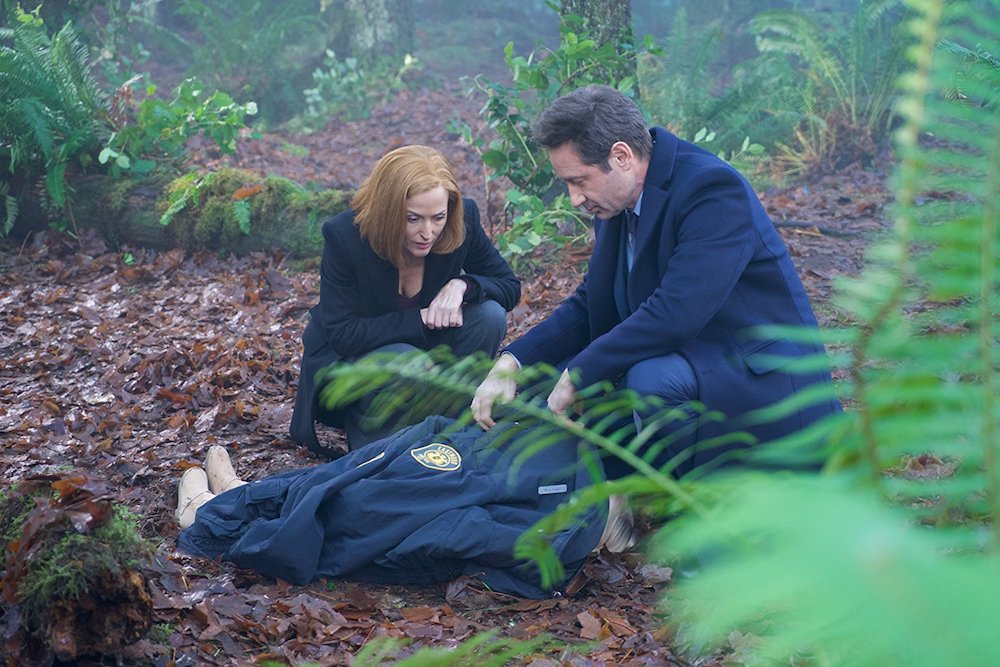 Mr. Chuckleteeth reminded me of Mr. Noseybonk, a real-life TV character from the 1980s British children’s series Jigsaw, who’s since become a cult figure because it’s mind-boggling such a frightening thing was created for the purpose of entertaining kids. Mr. Noseybonk was apparently a direct influence on debuting writer Benjamin Van Allen (promoted from writer’s assistant during season 10), so it wasn’t a surprise to learn this. Us British seem to be very adept at making bizarre TV for kids, as “Familiar” even featured a clear parody of the Teletubbies. In some ways it’s a shame this episode wasn’t able to utilise real TV characters that have genuinely unnerved children over the years, but it’s obviously unlike anyone’s going to agree to have Barney the Dinosaur slaughtering children. Still, it’s macabre fun to imagine this episode if copyright issues weren’t an issue

“Familiar” wasn’t a particularly original episode of The X-Files, but it was an effective enough homage to ideas and themes the series has tackled before. When Scully’s convinced the kids are being mutilated and killed by a coyote, but Mulder’s thinking about literal Hellhounds from the gates of Hades, you get several twinges of recognition in how this episode was going about its business. But it was a decent copycat of classic X-Files hours, particularly in how it sold the human drama going on beneath the supernatural horror, with a cop having an affair and his wife turning to witchcraft to curse her love rival. 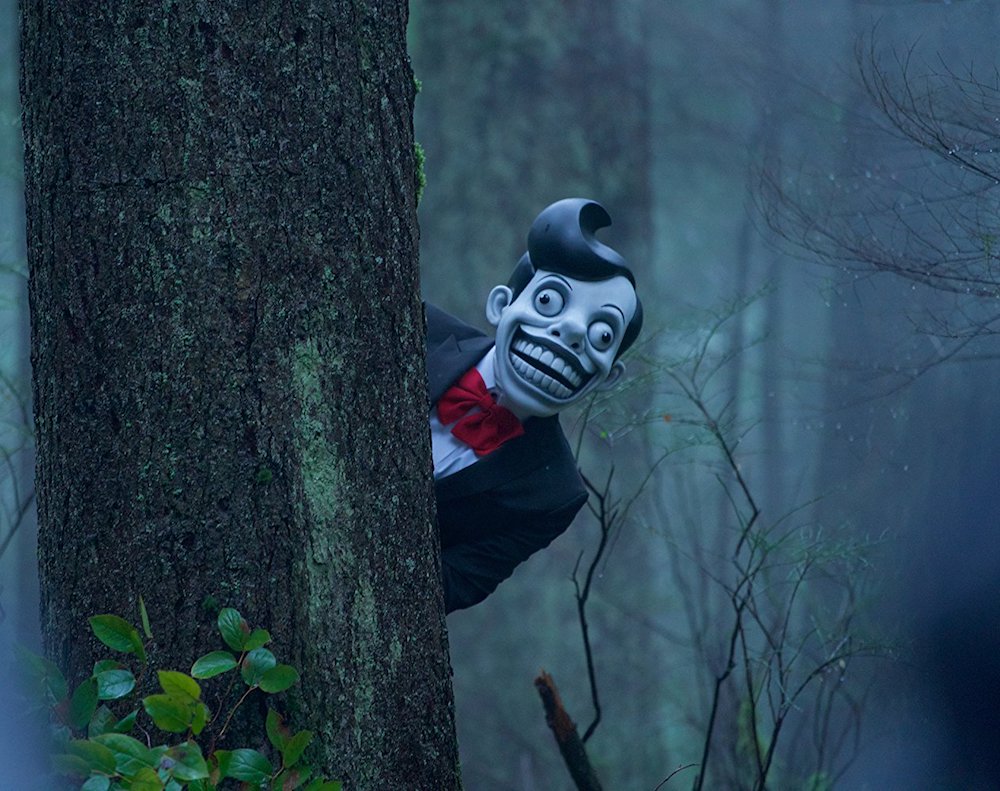 But there were definitely individual moments that weren’t as predictable as the broad sweep of the story. I particularly enjoyed the moment Officer Eggers (Jason Gray-Stanford), father of the murdered boy, turned vigilante after assuming a local sex offender was responsible for the crime, and shot him in the head in full view of dozens of people including Mulder and Scully. That’s certainly something The X-Files wouldn’t have been able to get away with on Fox back in the 1990s, as you saw the guy get shot in the head, but thanks to cable dramas lie The Walking Dead the general tolerance for graphic violence has increased over the past few decades.

This episode will likely fade in people’s memories, although Mr. Chuckleteeth’s rictus grin could linger, but I got a kick from how effectively “Familiar” aped the classic series in terms of tone and execution. And it’s even more impressive considering writer Van Allen and director Holly Dale were making their debuts on the show. It perhaps shows just how much the X-Files vibe and cliches have permeated the cultural consciousness. The sense of time during the episode was a little loose, and the ending was humdrum considering it involved a modern-day witch reading from a grimoire and conjuring giant wolves into existence to attack people, but “Familiar” was a good hour of TV for fans who like their X-Files in classic ‘monster-of-the-week’ mode — without any references to modern concerns, or either much acknowledgement of the developments between Mulder and Scully (except for the former mentioning he has a grownup son).