Never judge a book by its cover, or indeed a film by its title. This couldn’t be truer of Captain Underpants: The First Epic Movie. On the surface it looks utterly ridiculous, and yet within the first minute or so, Dreamworks had won me over with charm, smart humour, and a surprising amount of laughs. I suppose I should’ve known better really, especially as it’s coming from the same studio as other top-class animated features such as Shrek (2001) and How to Train Your Dragon (2010). It’s easy to make the assumption that this type of filmmaking is for children, but more often than not the writers craft a balance between craziness for kids and more complex gags for adults.

The story follows school kids George Beard (Kevin Hart) and Harold Hutchins (Thomas Middleditch), who have a very close friendship living in each others pockets, laughing behind teachers’ backs, and getting up to mischief. What Captain Underpants does so well from the start is make itself completely relatable, and even though the titular character is plastered all over the place it’s not really about him. This is a film that focuses on a pure and believable relationship between two outsiders, who find their place in the world together. It just so happens that they love writing, creating, and superheroes. Sadly their Principal, Mr. Benjamin “Benny” Krupp (Ed Helms), doesn’t share their passions, instead getting his kicks from making their lives absolutely miserable by punishing them for their notorious pranks. 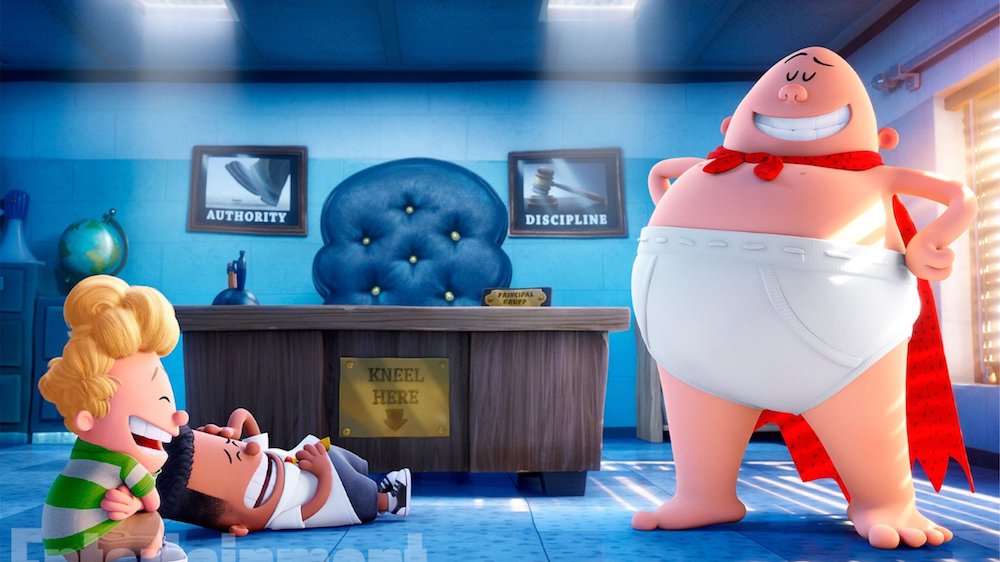 George and Harold get a little cocky during a mandatory weekend invention presentation, and they’re finally caught in the act due to a nanny-cam created by their young nemesis Melvin Sneedley (Jordan Peele). We all knew a Melvin; far more interested in sucking up to teachers than ever making friends his own age, so he’d much rather get extra credit from Mr. Krupp by helping him plot the duo’s downfall and break up their friendship. And, hey, not all relationships are made to last forever, but this one has some mileage left in it yet, so the boys quickly come up with a plan: to stop Principal Krupp they hypnotise him into thinking he’s their creation Captain Underpants. It’s an altogether stupid plan but makes for some hilarious consequences, including Krupp’s newfound attraction with lunch lady Edith (Kristen Schaal), and a fight to save all the kids against a dastardly scientist called Professor Pee-Pee Diarrheastein Poopypants, Esq. (Nick Kroll). What a name! 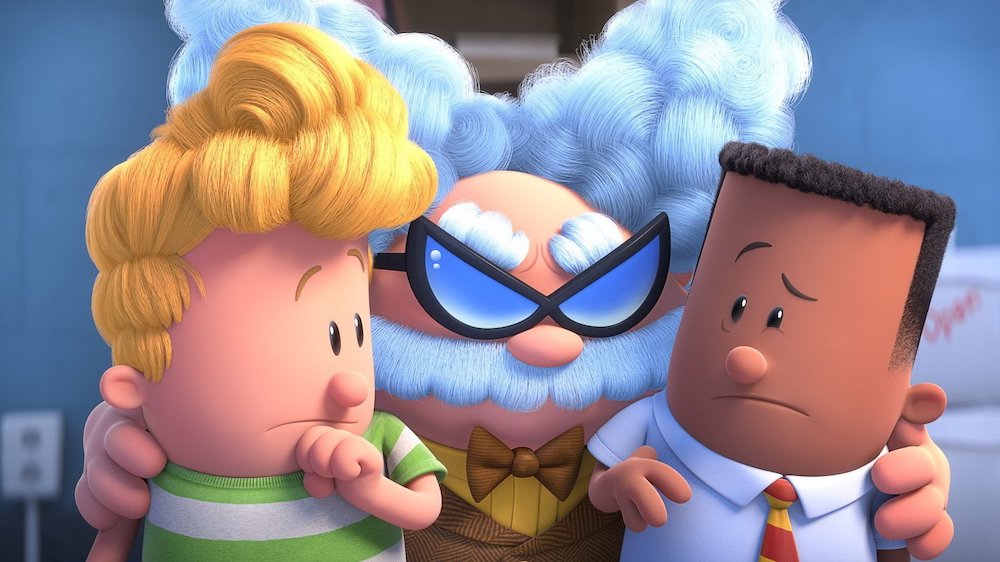 Many of you are reading this and thinking Captain Underpants sounds stupid, but it’s so much more than its silly names and absurd ideas. The way George and Harold behave together will make you smile, bringing back memories of your own childhood when you were young and free. We all had that one person we totally relied on and did absolutely everything with. Kids will think these characters are a riot, and will have two new heroes to adore, while adults will love the superhero film references and clever comments that sail way over any child’s head.

Captain Underpants never feels too long and the time flies by. You’ll be grinning from ear to ear from start to finish and it’s as bright and shiny as one would expect from a Dreamworks release. The visuals, from Mikros Image Montreal, work perfectly for the source material, and the editing style represents books and comics effectively. Nicholas Stoller’s screenplay embraces the silliness of Dav Pilkey’s original books, but turns it up a notch to deliver a film that overdelivers and leaves you wanting more. Captain Underpants deserves a sequel as it’s one of the best animated films of the year, but one looks unlikely based purely on theatrical box office (it only made $125 million). But it was also the cheapest Dreamworks animation ever made, costing just $38m, so perhaps a successful afterlife on DVD will hope usher in a Second Epic Movie…