Shane Black’s The Nice Guys harks back to the buddy movies of yesteryear, and is sure to remind audiences of his tremendous 2005 directorial debut Kiss Kiss Bang Bang. This is a skilfully delivered action comedy escapade, where Russell Crowe and Ryan Gosling have enormous fun with two characters who get in way over their heads: thinking they’re investigating a missing persons case, but discovering it’s connected to so much more than that.

It’s the late 1970s in Los Angeles. The film opens on a car crash, and the death of a famed porn actress, Misty Mountains (Murielle Telio), which kickstarts the plot in a way that doesn’t become apparent until later. That event plays a significant part in what brings the pair at the centre of this murder-mystery together. Crowe plays Jackson Healy, an enforcer who beats people up for cash, while Gosling is unlucky private detective Holland March. Despite getting off on the wrong foot, the duo begin working together to track down the missing Amelia Kutner (The Leftovers’ Margaret Qualley), whom they know is somehow connected to everything going on (something that March discovers while investigating the death of Mountains). The plot twists and turns more than a few times from this point, but the hunt for Amelia and the eventual involvement of her mother Judith (Kim Basinger) is what drives most of the film. 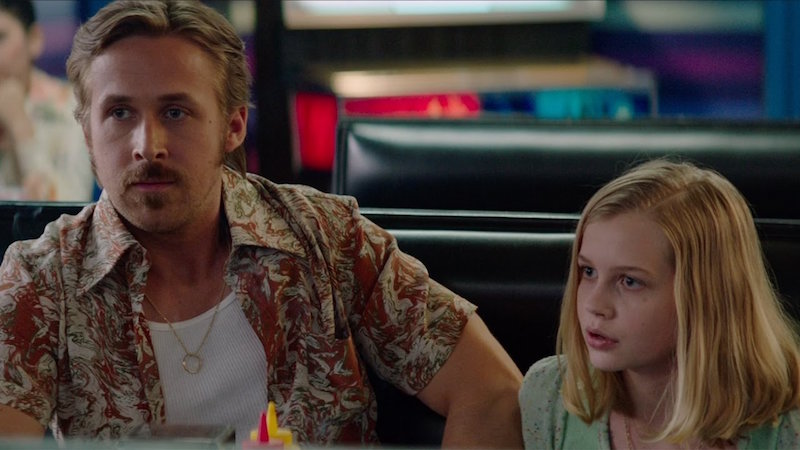 What makes The Nice Guys work, though, is not only how the plot develops and unravels but how these characters interact. The dynamic between the leads is at the heart of what makes a good buddy movie tick, and this one works like gangbusters. Crowe and Gosling have an easy and relaxed chemistry throughout, bouncing off each other to perfection. Healy is gruff, unforthcoming and aggressive, while March is a layabout drunk who sleepily makes his way through jobs and is generally considered to be a terrible private eye—even by his own daughter.

These two main characters banter their way through the whole film, making it incredibly entertaining even if you aren’t following the particulars of the case, and Gosling performs more than a few pratfalls if broader comedy’s more to your taste. March’s young daughter Holly (Angourie Rice) also plays a central role, continually accompanying the leads while they’re investigating, even if she’s been told to stay put, and Rice is a real scene-stealer when it comes to showing her character’s intelligence and her knack for humour. 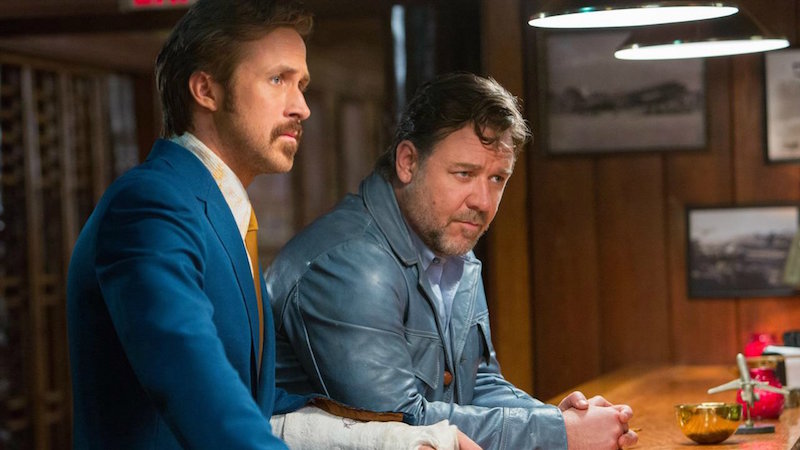 Black’s script is very well constructed, with the narrative restricting details before the characters themselves get the final pieces to put the puzzle together. It’s skilfully done, and paced well enough to blend self-aware humour with the darkness and mystery of the case. When things get serious, the film doesn’t mess around at all, and can frequently be quite abrupt and violent, but it also spends much of its time moving with a laid-back charm. By the time you get to the end, though, you may realise that The Nice Guys is also somewhat chaotic in how it handles plot developments, and that the story swings between clever and convoluted, making for something that’s compelling but doesn’t completely hang together under greater scrutiny.

In any case, there are still some surprising twists and shocks as the truth behind the case begins to reveal itself, and it has an ending that mixes an endearing optimism with straightforward realism, for something a little bit different. The script can be uproariously funny in its best moments, whether it’s through the wonderful comic timing of the actors, the quick-witted dialogue, or the often ingenious visual comedy on display. 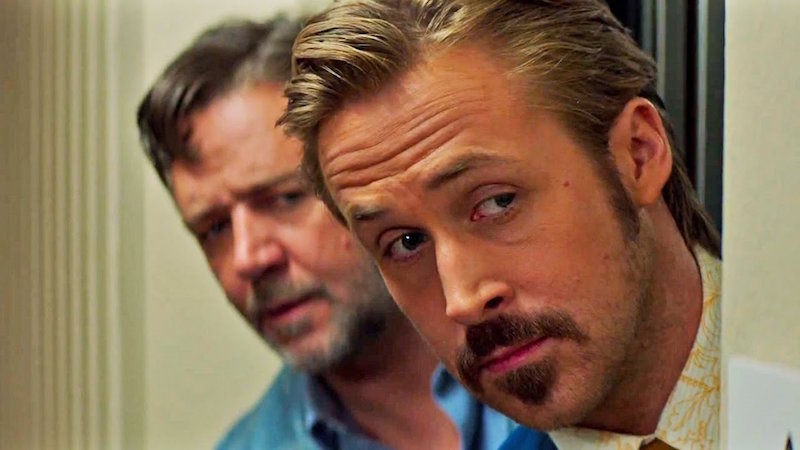 There’s also got a great, assured tone here, together with a brilliant ’70s soundtrack. The vibe of the film has a funky and distinctive energy that makes it unlike so much of everything else showing at the cinemas these days, and it’s a refreshing change to see something that’s so clearly a throwback to buddy movies driven by fun and intrigue. Black uses the audience’s action movie expectations to switch things up whenever you think you know what’s going to happen next, and while the plot gets slightly confusing if you try to unravel all the things that lead to the conclusion, it’s undoubtedly very adept at balancing the personalities of March and Healy and unspooling the turn of events at a satisfying pace.

Once upon a time, this is the type of film that would’ve spawned a sequel or two, merely on the back of how downright entertaining its lead characters are, and how enjoyable it is to watch them get into ridiculous scenarios. It’s unlikely we’ll be seeing another instalment for these particular characters, sadly, but hopefully the greatness of The Nice Guys will encourage more filmmakers to make something this lively, audacious, and engaging. We need more movies like this!