Marvel Television was in need of a success on Netflix after the disappointment of Iron Fist and lacklustre team-up The Defenders. Unfortunately, their latest street-level comic-book drama, The Punisher, isn’t the gripping series it promised to be, although it’s a worthy attempt at exploring themes like post-traumatic stress disorder, the role of veterans in society after serving their country, and US gun crime. The story is also bleaker, darker, and more violent than anything under the Marvel umbrella before now…

The Punisher picks up the story of ex-marine turned vigilante Frank Castle (Jon Bernthal) shortly after the events of Daredevil‘s second season. Castle finishes taking revenge on those responsible for killing his family early on, but it doesn’t end there because he soon learns there’s more to what happened. A conspiracy reaches further than he ever expected, so Frank’s determined to uncover the truth and, along the way, kill anyone involved in the death of his wife and children. 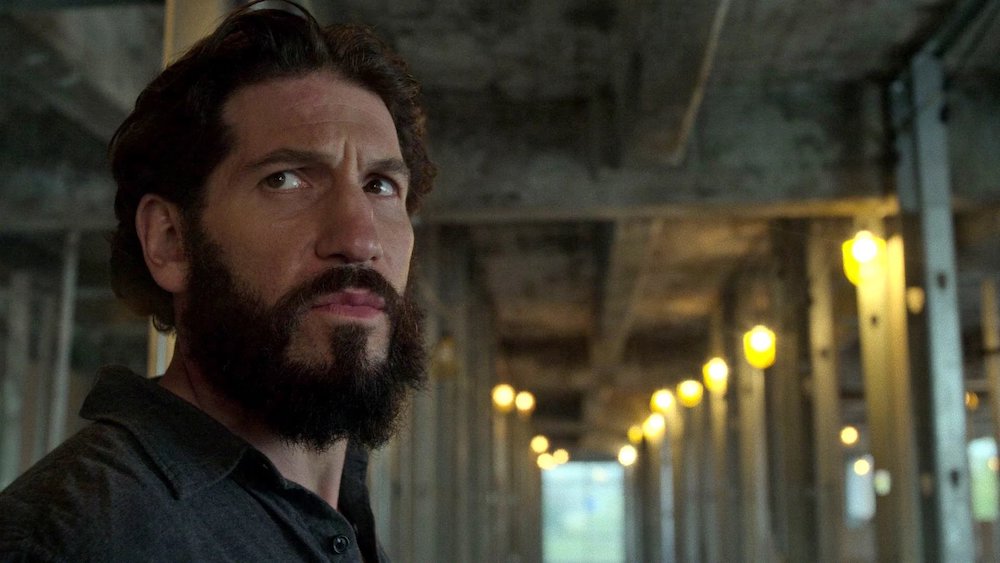 Frank Castle isn’t a hero, he’s an anti-hero. This is a key trait of the character. He’s fuelled at first by an overwhelming desire for revenge, and then eventually by a feeling that society doesn’t adequately punish criminals, and that he should take it into his own hands. Frank’s best defined as a soldier with a mission, or perhaps a weapon to be aimed at bad guys. It’s to the show’s credit that it doesn’t forget the roots of the character, because Frank always feels out of touch and damaged by his experiences, which is very fitting.

It’s hard not to feel, however, that the character is too simplistic to hold your interest as the focus of his own show. As a counterpoint to Matt Murdock (Charlie Cox) and his own approach to vigilante justice in Daredevil, Frank made for an excellent sparring partner with the ‘Red’ and provided ammunition for an interesting subplot. On his own, sadly, there’s not enough depth or nuance to Frank Castle to make his own concerns very compelling. The issues he’s dealing with are intriguing, but the show struggles to develop him. 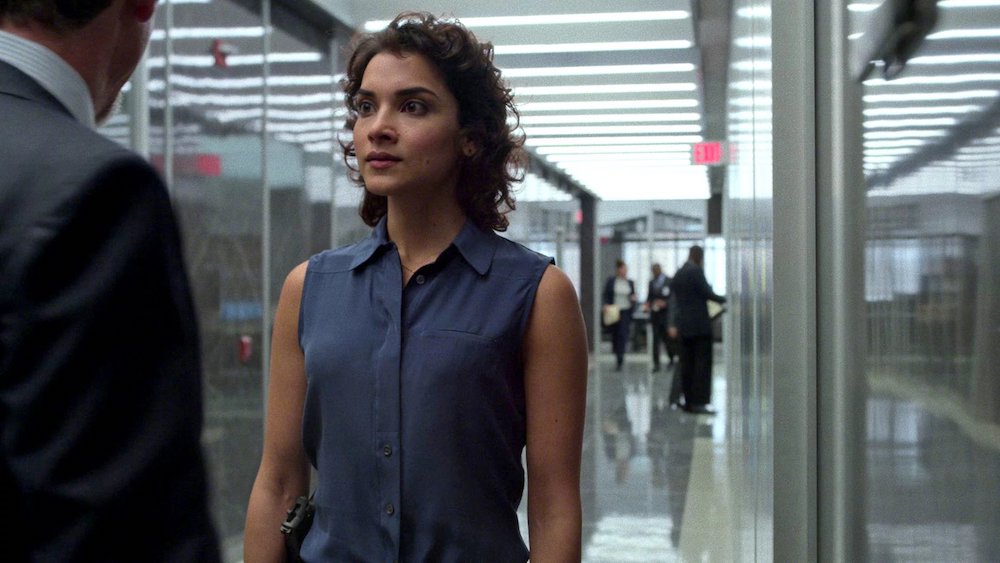 Like any of the various Marvel shows on Netflix, The Punisher introduces a host of supporting players but only gives a few of them decent character arcs. Daredevil’s Karen Page (Deborah Ann Woll) returns as a trusted confidante for Frank, while he gains an ally in hacker Micro (Ebon Moss-Bachrach), a presumed dead former NSA analyst looking for the same answers that Frank is. The other key character is determined Homeland Security agent Dinah Madani (Amber Rose Revah), who begins to unravel the conspiracy herself thanks to an incriminating video showing US soldiers torturing and killing an unarmed POW.

It’s a familiar criticism of Marvel on Netflix, but The Punisher again doesn’t have enough story for 13 episodes of serialised television. It’s much too long, and unfortunately often boring and slow. The pacing is poor and it the characters mostly unoriginal. It’s the least binge-friendly of its brethren simply because each episode ends without giving you enough of a reason to watch the next instalment. 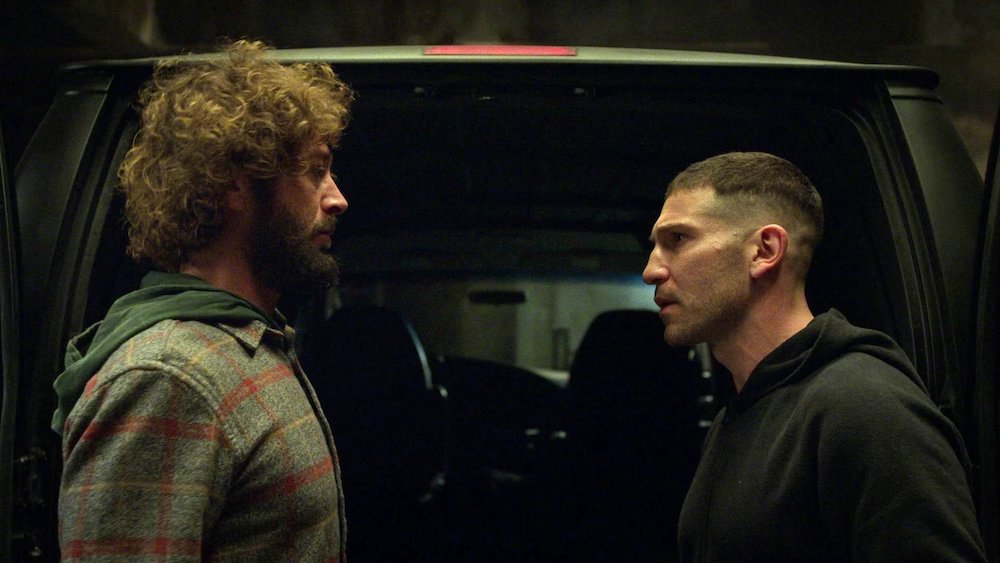 Also, while The Punisher is interested in tackling meaty and compelling themes, it doesn’t bring anything new to the conversation. It lacks substance, so will only appeal if you’re looking for a repetitive and myopic approach to political issues. This show is happy to present hot button topics, but doesn’t have anything to offer in terms of insight. You’d be hard-pressed to tell someone exactly what point the show is trying to argue when it comes to talking about gun violence, war veterans, or vigilantism.

Ultimately, the strong performances are a big part of what makes the show worth your time. Bernthal really commits, and is able to bring nuance and complexity to Frank that definitely isn’t on the page. He’s a tortured, tragic character and it’s clear the actor understands what makes someone like Frank tick. Similarly, the supporting characters and the villains are well-played and feel grounded and realistic for a comic-book drama. That helps The Punisher become bold and different compared to the other Marvel-Netflix offerings. It also is barely connected to them, and feels like it’s from a different world entirely, despite also taking place in New York City. 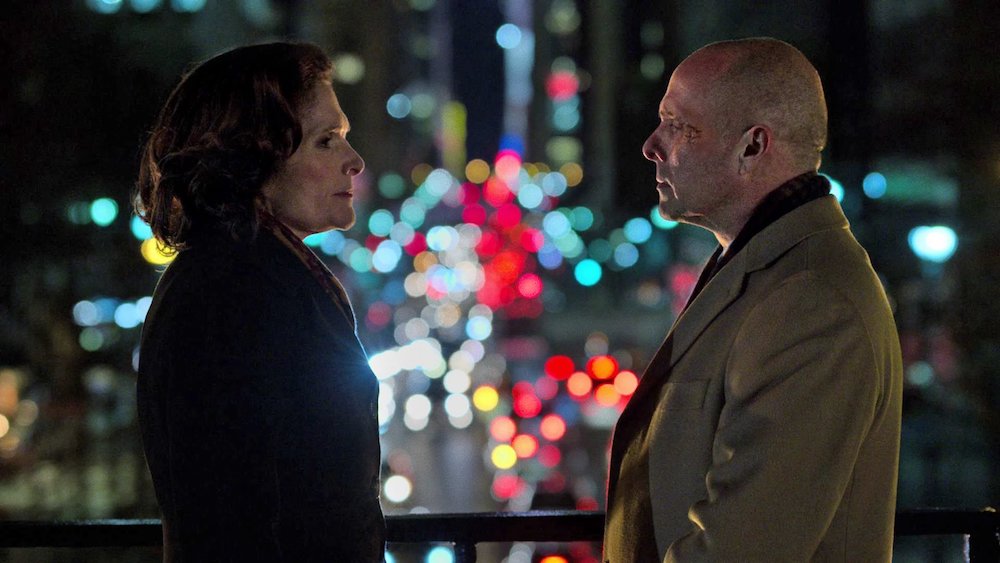 The Punisher may struggle with narrative pacing and depth of material, but it certainly doesn’t have much trouble with atmosphere. This is an oppressive, dark, moody show, which infects your own psychology. The violence is unflinching and it only gets more intense as the show builds to its conclusion. When the story falters, the action helps keep things gripping.

It’s a slog to get through the season, though, and you’ll struggle to find much to make it worth the effort. This is a humourless series, with character arcs that are uninspired, relying heavily on the impressive cast. And because it’s so disconnected from the other Defenders shows, it feels inconsequential to the overall story. The Punisher definitely understands Frank Castle as a character and Bernthal is the best onscreen portrayal of him, but he doesn’t really deserve his own series. There are bright spots and some great moments, but it’s generally lacking the depth and charm that could have made it a genuine success.