A former boxer-turned-drug runner lands in a prison battleground after a deal gets deadly.

Brawl In Cell Block 99 couldn’t start with a better shot: a can lying on the street, unceremoniously crushed by a tow truck. The aluminium cracks and gets smashed, just like the many bones, skulls, and various other body parts of those who’ll cross paths with the truck’s driver, former boxer Bradley Thomas (Vince Vaughn).

Having just been let go by his employer, and having to deal with an unstable marriage, Bradley sees only one option to sort things out: working as a drug courier for an acquaintance of his. Sooner or later his bad luck will “even out” with a positive streak, or so he seems to believe. Sure enough, within a few months he’s driving a better car, living in a bigger house, and his wife is pregnant… but his luck isn’t going to last forever.

I see two films in Brawl In Cell Block 99: the first is the story of a man struggling to find his path, doing his best to provide for his wife, but whose darker side flares up despite him wanting to do the right thing. The second film is the story of a beast put behind bars, humiliated and forced into becoming a human bulldozer that’ll tear everything apart, ferociously but methodically, until he gets what he wants.

Both those films are brilliant. 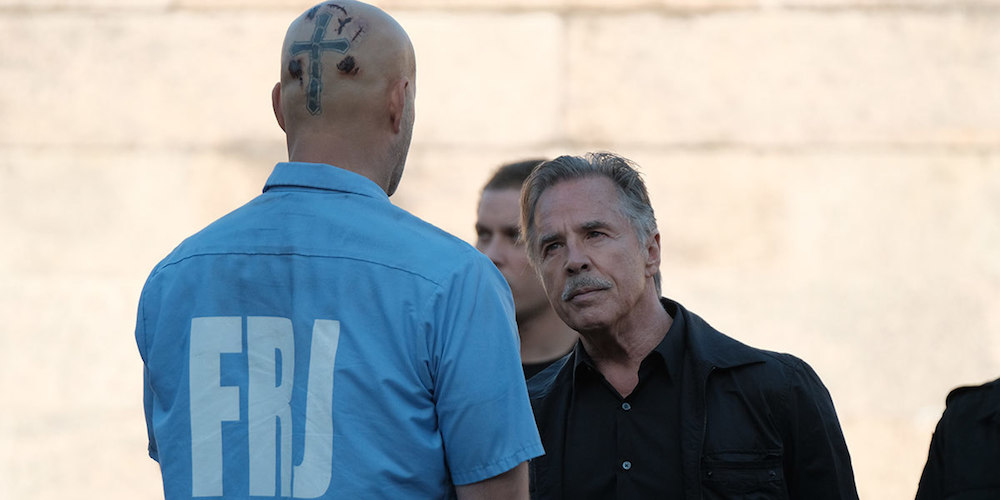 Those who already know writer-director S. Craig Zahler from his debut Bone Tomahawk (2015) will recognise this movie’s bloody ultra-violence, the toying with horror-ish imagery, and the peculiar, slow-burning, vaguely absurd narrative that develops into bizarre filmmaking. Wedding Crasher Vince Vaughn may not be everyone’s first choice for such a role, even taking into account his recent role in True Detective, but don’t let his past cloud your judgment. After watching Brawl I could hardly imagine anyone else playing Bradley. His stone-faced no-nonsense attitude is intense; honourable but wicked, vulnerable but intimidating. Standing tall at 6’5″, he’s a colossus that fills every room he walks into, a sturdy man that can take a punch in the face without blinking, and a father-to-be ready to do anything in his power to save his family.

When Bradley first entered the prison, I started considering all the possible directions Brawl could head in. Is the “brawl” a prison riot against the system? Is he going to be crushed in his cell by the brutality of prison life? None of these. Slowly but exponentially, the film mutates into a nightmarish quest to reach the infamous “prison within the prison” of Cell Block 99. Bradley’s journey is a mercilessly violent descent that keeps getting worse: from a medium-security jail, to filthy max-security cells covered in excrements, to the ultimate in hellish modern dungeons.

The deeper Bradley goes down the hole, the more he must sacrifice, the more he must fight. Violence becomes more graphic, the consequences irremediable, and the film departs from its initial plot. Brawl becomes a feast of fists, a one-man riot piling up body after body. Some fights are choreographed particularly well, others show blatant continuity flaws (especially as far as reproducing bruises goes), but all of them are pure cinema. There are very few false notes in this film, which is a significant achievement, considering how bold so many of Zahler’s creative choices are. 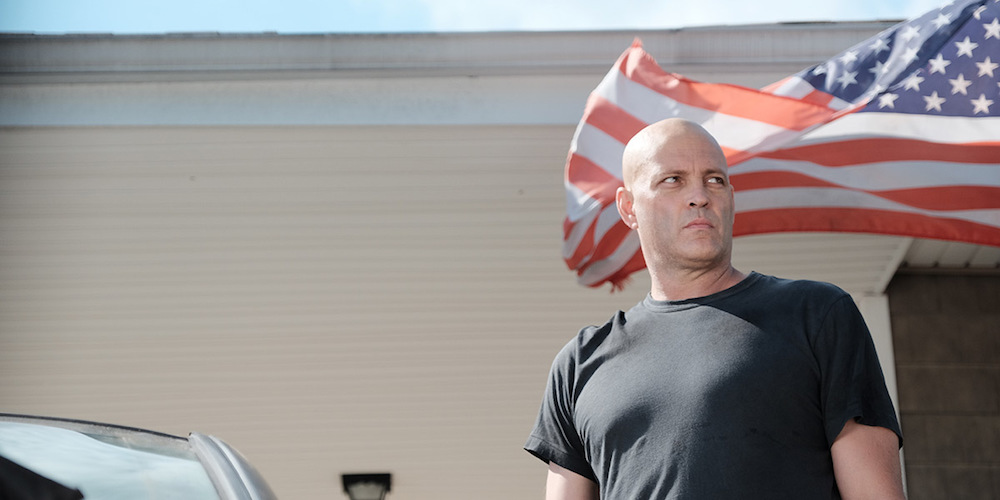 At times Brawl seems to get lost in its own mission: be it violence for violence’s sake, raising questions it never answers, or going into an implausible rampage mode. But if you buy into this, you’ll realise this is a film you experience on your own skin. Every prison door gets shut with a bang that echoes so loudly you feel the vibrations in your chest; every time you see a hand clench in a fist you can hear the skin pulling and tendons stretching. Bradley’s journey remains inscrutably fascinating, and the rage remains so mesmerising. Every breaking arm or leg will make you shiver, every stomp on a head on the floor will make you groan.

Needless to say, this is not a movie for everyone.

Brawl in Cell Block 99 is a gritty prison drama that develops into full-on grindhouse. It’s crafted so well, with a perfect soundtrack, great casting (including Dexter’s Jennifer Carpenter, Don Johnson, and Udo Kier), and a great use of cinematography to amplify its bleak themes. Quentin Tarantino and Robert Rodriguez would appreciate every second of Brawl, even though Zahler’s film doesn’t so much homage 1970s exploitation movies as simply become one.