Bone Tomahawk is, for the most part, a character-driven western with lots of talky scenes. It’s also a bloody and violent western with sequences reminiscent of the most brutal Spaghetti westerns of the ’60s and ’70s. Sometimes, these two strands are adequately—even cleverly—reconciled; in such moments, the film’s at its best. But it occasionally slips up and fails to offer anything compelling in terms of cinematography and visuals, which seems a major misstep for a film that takes inspiration from spaghetti western directors.

After a violent pre-credits sequence in which two men get attacked by an unknown entity, we’re plunged into an idyllic settler town called Bright Hope (I challenge you to think up a sweeter name for a town). The happily married cowboy, Arthur (Patrick Wilson), is being looked after by his nurse wife, Samantha (Lili Simmons), after he had an accident involving a roof and a storm. Meanwhile, the town sheriff, Franklin Hunt (Kurt Russell), is at the jailhouse with his well-intentioned but bumbling ‘backup deputy’, Chicory (Richard Jenkins). One of the two men survived the attack at the start of the film and then rolls into Bright Hope before running into the authority of Sheriff Hunt. 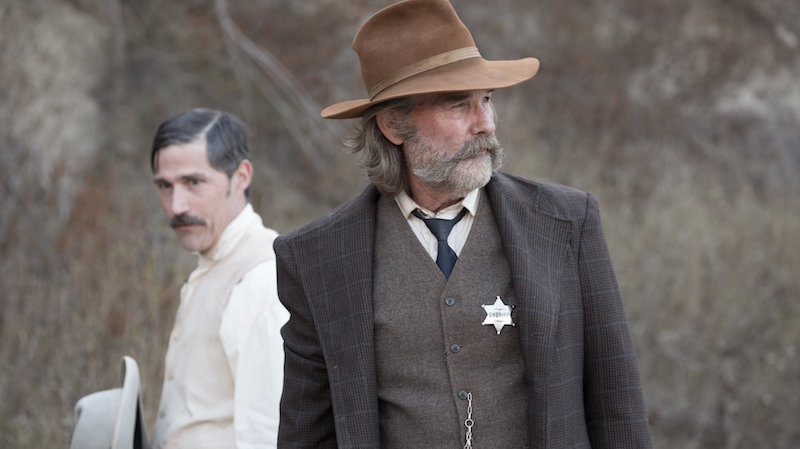 When the now-jailed survivor, Samantha, and Deputy Nick (Evan Jonigkeit), disappear during the night and a black stable hand gets killed, a search for the captured and the captors is set in motion. What seems to be the town’s token Indian gives the sheriff, Chicory, Arthur, and John Brooder (Matthew Fox as a morally dubious gunslinger) information on the tribe likely to be behind the killings and kidnappings. They’re known as Troglodytes, a barbaric group detached from other Indian tribes. He makes the point that most Americans wouldn’t be able to tell the difference between a Troglodyte and a civilised Indian.

This is just one of many examples of the film trying to prod at the issues of race, racism, and manifest destiny that define the era. When John Brooder decides he should go along on the rescue mission, he announces his decision by declaring that he’s killed more Indians than everyone in the room put together. To which the Indian replies: “that’s an ugly boast”. The film manages to cover its backside enough to tick the box of liberal obligation to the politically correct cause, but it would be hard to argue that the film digs any deeper than that. 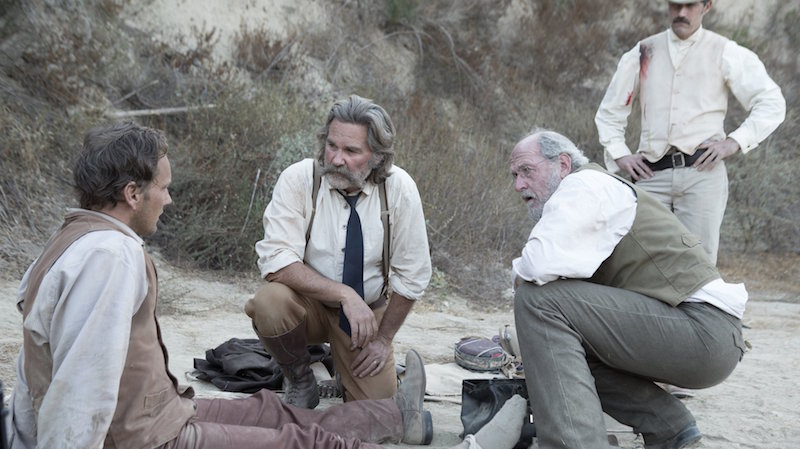 Bone Tomahawk sticks resolutely to the classic tone set thus far, and the search for the region inhabited by the Troglodytes is dominated by discussions and interesting non-sequiturs. One of the pleasures of the film is watching the characters develop and reveal themselves through dialogue and debate. The journey might come across as slow and uneventful to those expecting something else, but there is the plight of Arthur and his injured leg to keep you in suspense.

Without the good writing and strong performances, the pacing of Bone Tomahawk might have become a problem. Things take a turn once the Troglodytes are located, though. I won’t spoil the ending, but the use and form of violence towards the end of the film is handled very impressively. It owes a debt to both spaghetti westerns and, more interestingly, the tradition of cannibal horror movies. The sound design goes to show that horror and gore, when done properly, is always far more reliant on sound than on the images on the screen. 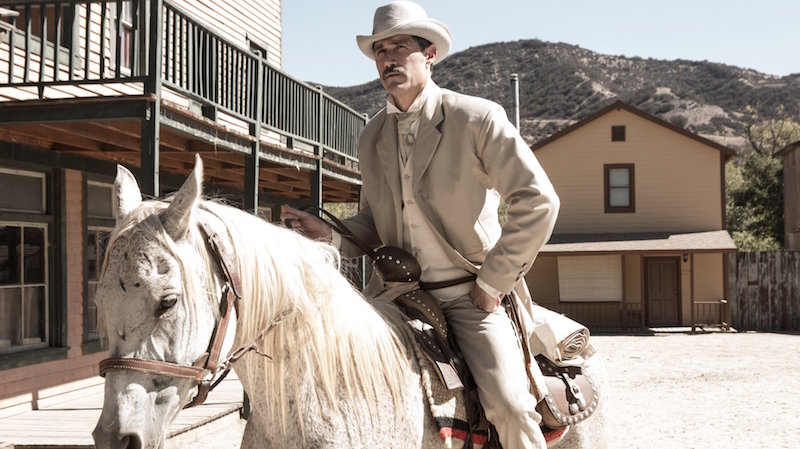 Bone Tomahawk would have been vastly improved by a bit more grandeur though. The stolen woman theme of the plot clearly recalls John Ford’s masterpiece The Searchers (1956), among other classic westerns, but the similarities certainly don’t extend to Ford’s clean visual sense. Close attention is paid to realism, but is that what you want from a western? The sweeping landscapes and the presence of the land and earth in the frame are nowhere to be seen. The picture is flat and often dull. If the cinema is about sounds and images, Bone Tomahawk gets one right and not the other.

In the end, this is a western maybe easier to admire in retrospect than enjoy in the moment. There are, of course, satisfactions to be had, and I suspect Bone Tomahawk will be served well by repeat viewings allowing its subtleties and pointed dialogue to be appreciated more.