Charlie Brooker’s Black Mirror anthology series continues to take creative risks, and “Bandersnatch” is perhaps its most daring experiment yet: an interactive feature-length film, with viewers controlling the decisions of the lead character. This isn’t a totally new concept, as Netflix itself already has a number of “choose your own adventure” (CYOA) shows in their Kids section, but Black Mirror improves matters with a slick interactive mechanism. The streaming platform even had to adapt how it caches memory to ensure glitch-free transitions throughout the story.

Set in England 1984, “Bandersnatch” concerns young Stefan Butler (Dunkirk’s Fionn Whitehead), a computer programmer working on a CYOA game: ‘Bandersnatch’, based on a novel by cult author Jerome F. Davies (Jeff Minter). Living with his widowed father Peter (Craig Parkinson) after his mother died in a train accident when he was little, Stefan gets the chance to strike out on his own when the owner of a video game company hears his Bandersnatch pitch and commissions it. However, the already mentally fragile Stefan’s attempt to get the game coded in time don’t go well, as he starts succumbing to the same instability Bandersnatch’s author developed before killing his wife… leading to, well, whatever the viewer chooses to happen. 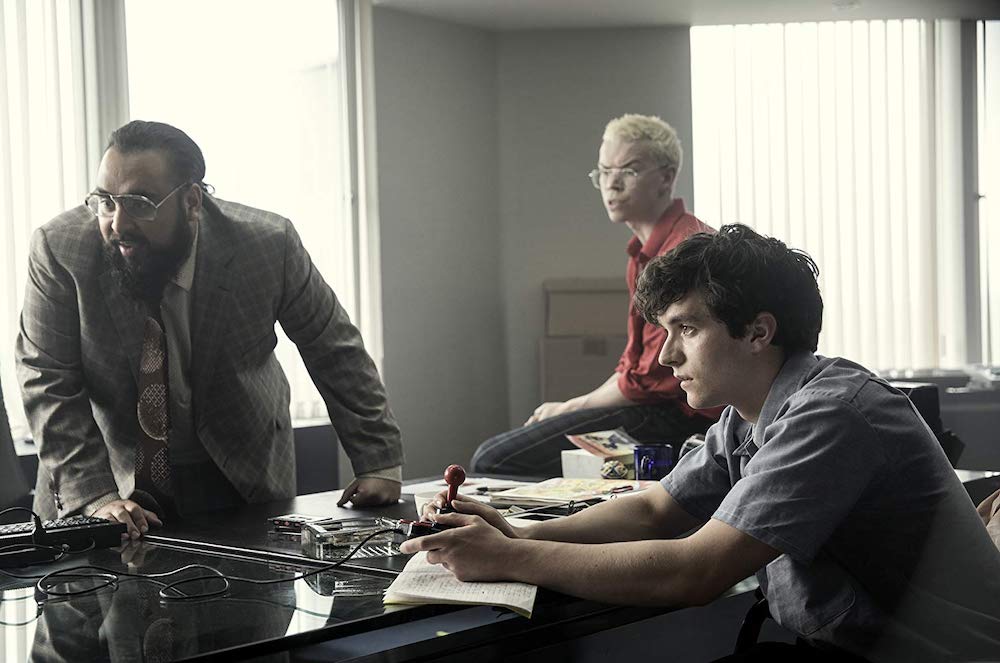 There’s obviously a fundamental “problem” with reviewing “Bandersnatch” because every experience of watching this episode will be markedly different. There is 150-minutes of footage divided into 250 segments, offering five completely different endings (or double that if you allow for subtleties), and director David Slade recently revealed there are even a number of “golden egg” endings to be discovered. Apparently, it’s possible for someone to spend the full 150-minutes watching “Bandersnatch” from beginning to end, although most people’s choices should mean it’ll conclude after 60–90 minutes. There are apparently one trillion paths through the story, which is mindboggling.

When I was a boy, I used to read the “Fighting Fantasy” novels written in the CYOA format by Ian Livingstone and Steve Jackson, where it was commonplace to cheat by keeping your finger on the previous page in case your character died on the page you’ve been sent to. “Bandersnatch” avoids that because of the video-on-demand medium doesn’t allow for it—although the narrative has a “do-over” built into the structure, which also gives the episode a mild whiff of Groundhog Day (1993). 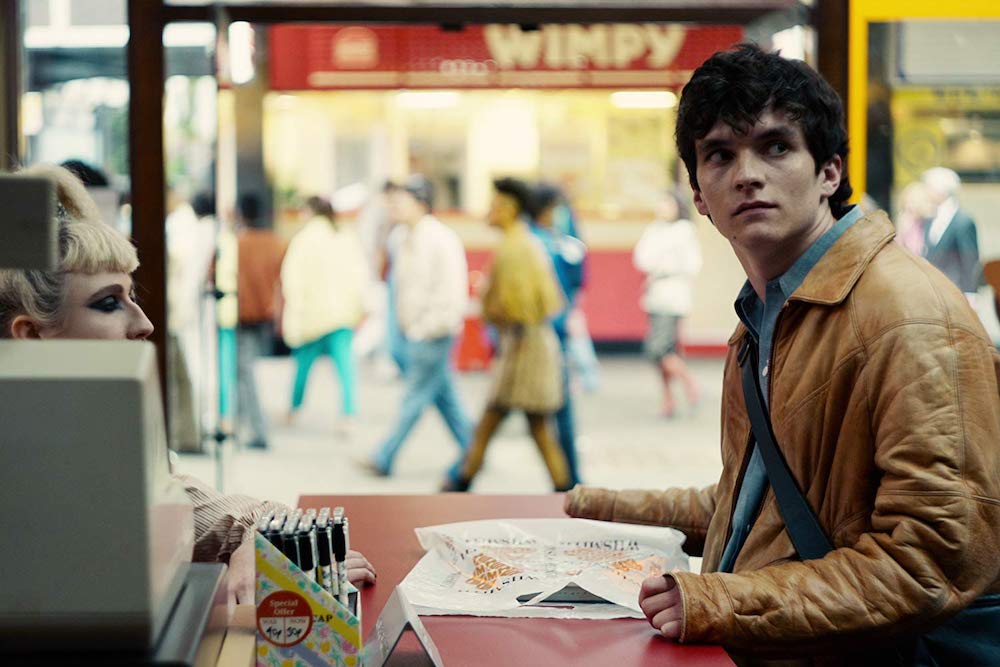 On the whole, I enjoyed the unusual experience of “play-watching” “Bandersnatch” because it’s a brilliant way to involve the viewer in the narrative of a Black Mirror story. There comes a point when Stefan starts believing his decisions are at the mercy of some all-seeing entity (or “God”), so every viewer sat on their sofa brandishing a remote control becomes this story’s monstrous “villain”—a puppetmaster tugging Stefan’s strings for their own amusement.

It’s all very clever and achieves its aims, but there’s often a nagging feeling you’ve made terrible choices and the story might have been better otherwise. Are you the type of person to honestly choose what’s best for Stefan, or seems likely to be, or do you just like to be cruel and random?

While you could replay the episode again, making Stefan do different things to unlock different endings or take him down different paths, I don’t have much enthusiasm to do so. Am I alone in that? Call me old-fashioned, but I much prefer stories told from a storyteller who knows the best way through a narrative for maximum effect. CYOA is a fun mechanism to play with because it’s not the norm, but it erodes the purity of a story through gamification. Or, put simply: it will always be a novelty, no matter how well done. 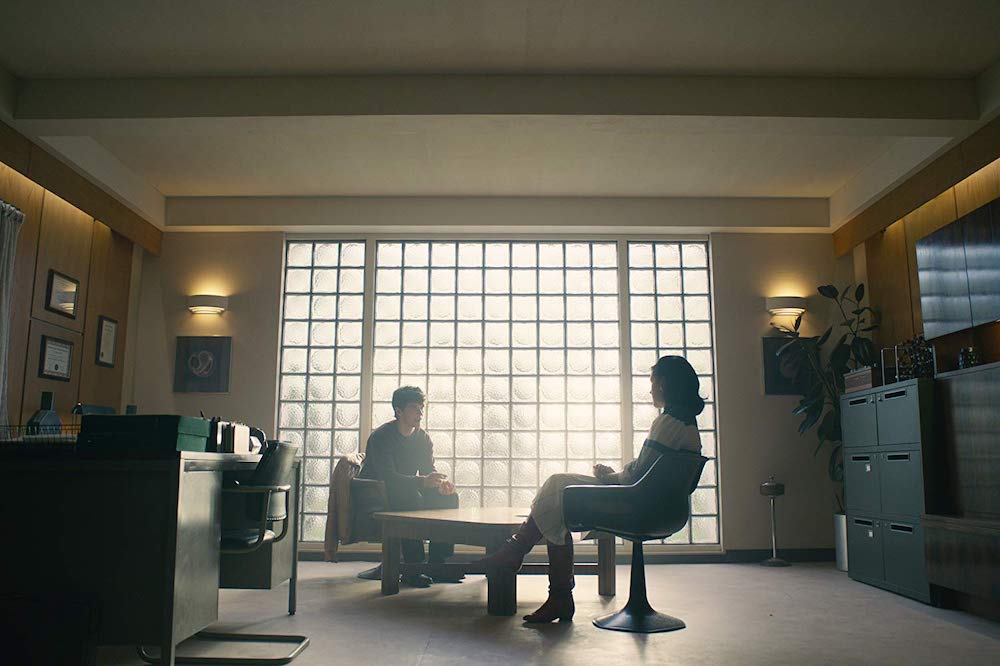 As much as I enjoyed the experience of clicking my way through “Bandersnatch”, after 45-minutes the decision-making became a slight burden and I wanted to just reach an ending. I felt myself itching for an authorial hand taking over and doing what’s best for the plot, rather than let me swim in a narrative circle deciding if Stefan should type “TOY” or “PAC” to open his dad’s safe. Of course, it’s also more than possible millennials weaned on role-playing games (RPGs) will come to see “Bandersnatch” as being at the vanguard of a modern trend for CYOA narratives on TV. The technology Netflix developed for it certainly isn’t going to be disregarded, so expect more of this in some capacity. It has its charms and I wouldn’t want to suffocate an emerging new area of streaming video, that could become a viable alternative to linear plotting.

“Bandersnatch” does have something to say as a piece of entertainment, of course, so it’s certainly not a subpar Black Mirror instalment that’s been spiced up with interactive controls. Free will and fate are the obvious touchstones for discussion afterwards, and I enjoyed the 1984 setting, which was a time when some British nerds were making money coding games for small developers. The UK was a hotbed for that sort of entrepreneurial geekiness, so it was no surprise that video game enthusiast Brooker did such a good job bringing that cottage industry to life. I particularly loved programming wunderkind Colin Ritman (Will Poulter), whose creative genius is revealed to be fuelled by taking acid in his tower block flat. 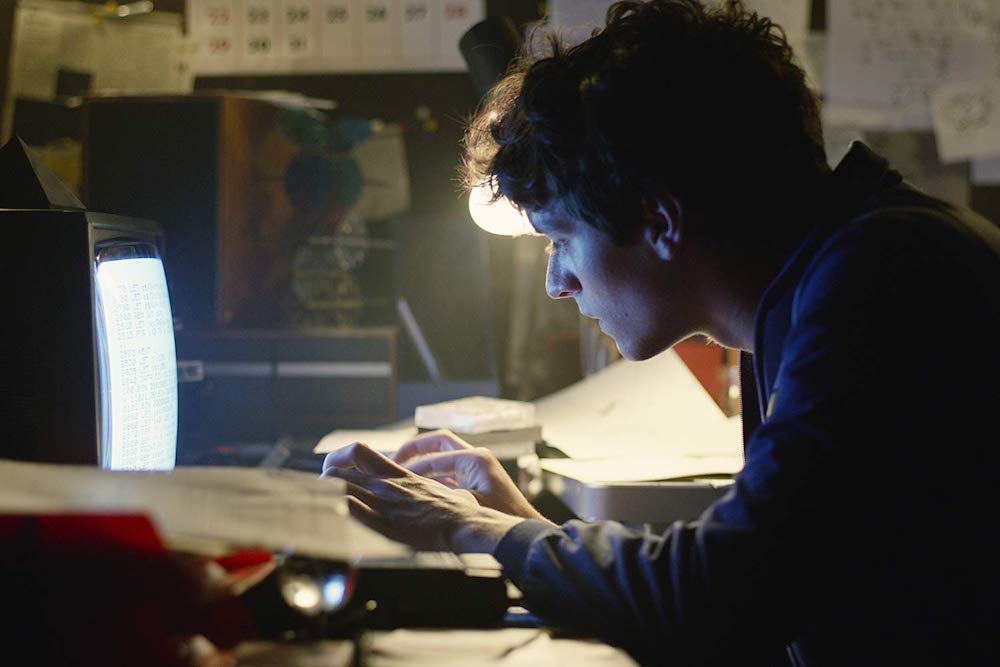 There were also a great many easter eggs for Black Mirror enthusiasts to catch, as this show continues to build a strange “universe” for itself. A prominent glyph symbol is the same one used in “White Bear”, one video game was titled Metl Hedd (after “Metalhead“, also directed by David Slade), another was Nohzdyve (after “Nosedive“), “San Junipero” was referenced by a clinic at Saint Juniper, and many others. Of course, many of those don’t suggest “Bandersnatch” is part of the established timeline of the show—as laid out in “Black Museum” last series—more an outlier from a parallel universe, perhaps.

Gripes with the spotty “Bandersnatch” narrative because of the way audiences will navigate the story aren’t worth getting too worked up about. This was a very entertaining and experimental piece, brilliantly performed by all the cast, which must have taken an enormous amount of planning to execute so effectively. Indeed, it’s delayed Series 5 as a result of how difficult it was to assemble. “Bandersnatch” is also another example of Charlie Brooker’s talent for making things that harken back to the past but with a fresh and edgy spin—either narratively, or conceptually. I wasn’t blown away by it, truthfully, but maybe that’s only because I chose poorly.