Thanks to the upcoming DVD and Blu-ray release of Luca Guadagnino’s Call Me By Your Name, I treated myself to a second viewing. Having already had a chance to talk about this film, when I listed it my favourite release of 2017, and even though competition became fiercer the closer we got to awards season, my thoughts remain the same: it’s a sublime piece of work that should be shown in schools, let only film schools. Every teenager would benefit from diving into Elio’s (Timothée Chalamet) love story with Oliver (Armie Hammer) and dissecting every detail of this rich feature.

The audio commentary featured on the home video release is particularly useful from this point of view. Chalamet and Michael Stuhlbarg (who plays Mr. Perlman, Elio’s father) discuss the film with the same hypnotising, unabashed tenderness they infused their performances with. They could be teachers guiding their students, following the characters’ arcs and discussing how formidable certain shots are, with the added value of their first-hand experience on set. At times Guadagnino’s camera lingers after the characters have left the scene, and the duo can’t hide their emotions while observing the beauty of the landscape, in awe of the sunlight filtering through the leaves of a tree, reflecting on a pond, or illuminating the pollen floating in the air. 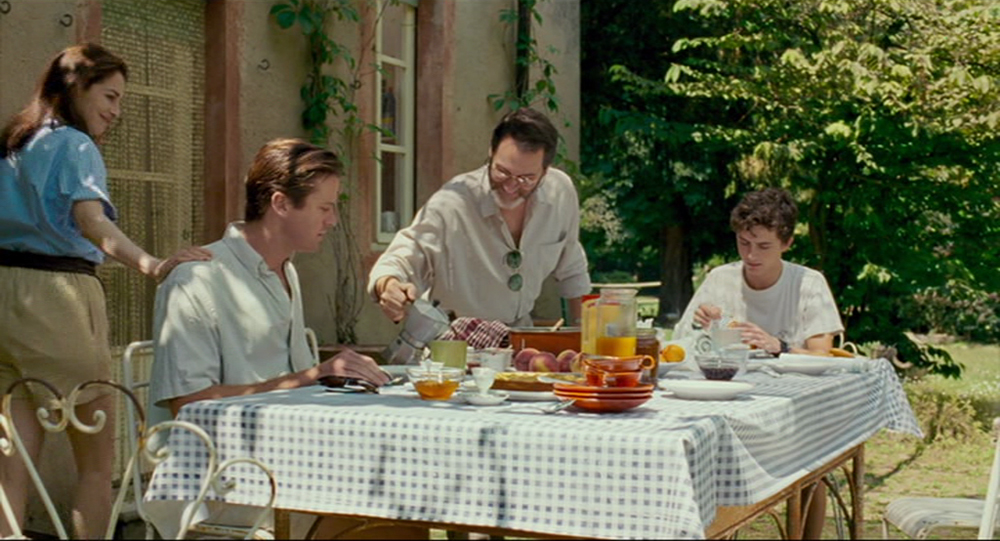 Call Me By Your Name (hereafter CMBYN) hits as a dream-like experience for Elio Perlman, the teenage boy falling in love with his father’s summer apprentice Oliver. Their attraction sparks a sudden, powerful passion that brightens their lives before fizzling out just as quickly. Like many first-time summer love stories, the dream is short-lived, and can last just as long as the two are together. When the time comes for Oliver to leave the Perlmans’ villa in northern Italy to go back to the US, their relationship is still growing, full of riveting sexual desire, getting stronger and sweeter by the day. As the summer ends and the dream shatters, it’s inevitable for Elio to go through a heartbreak stronger than he could ever anticipate — despite his family always being on his side, as his father explains in one of the most acclaimed monologues ever.

CMBYN is set in the early-1980s, and huge steps in accepting non-heterosexual love have been made since then. Still, hearing Stuhlbarg’s words can be of incalculable help to today’s adolescents. I can’t think of a single youngster who wouldn’t benefit from hearing “everything is going to be okay”. Words of universal love and acceptance that invite to live life to the fullest, without the fear of being wrong, different or alone. Words we don’t hear enough in our everyday lives, but that will inevitably ring true, because they are. One more reason why this film belongs on the school curriculum. 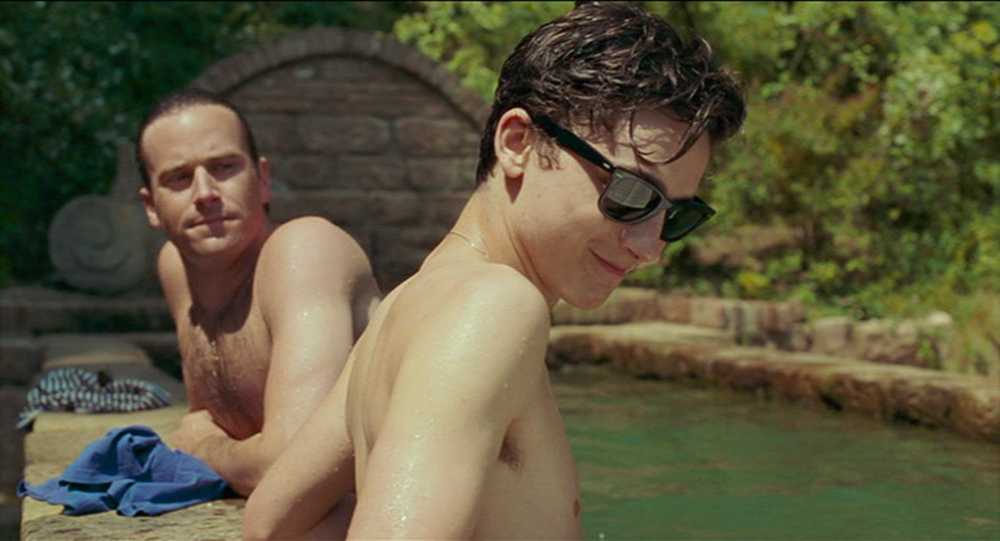 The contraposition between dream and reality is only the first of many Guadagnino sets up in CMBYN. It starts with the initial power play between the confident, dashing, grown-up Oliver, and Elio, who spends his days playing the piano, waiting for summer to end, never worrying about having to impress anybody. We see the incoherence of Oliver’s behaviour, seemingly infallible but deeply vulnerable, scared to give in to his emotions and feelings for Elio. More mixed signals come from Elio himself, who makes love to his girlfriend while keeping an eye on the watch, counting the minutes that separate him from kissing Oliver again. Guadagnino plays with the little details, too. In a sequence that seems to be there just to set the time of the story, the Perlmans are on the sofa, watching a well-known satirical sketch on television. The comedian, then mocking the corrupt Italian political class of the ’80s, is just as famous today for being the founder of his own controversial political party. It’s all upside-down, just like the two protagonists calling each other with the lover’s name.

And isn’t love itself a huge contradiction? It makes humans feel so fulfilled and complete, and yet hurts like nothing else. Guadagnino managed to show both sides: the idyllic and the gut-wrenching. The performances are so incredibly spot-on, they’re almost surreal. Not fictitious but dream-like, just like their story: we grow to like them minute by minute, so much that our affection surpasses the artificiality of the medium. We develop a little crush, but is it for Oliver or Armie Hammer? It’s a blurred line, as all we see is this absolutely gorgeous, friendly, cool guy. Falling for him transcends sexual orientation, in the film like in real life. 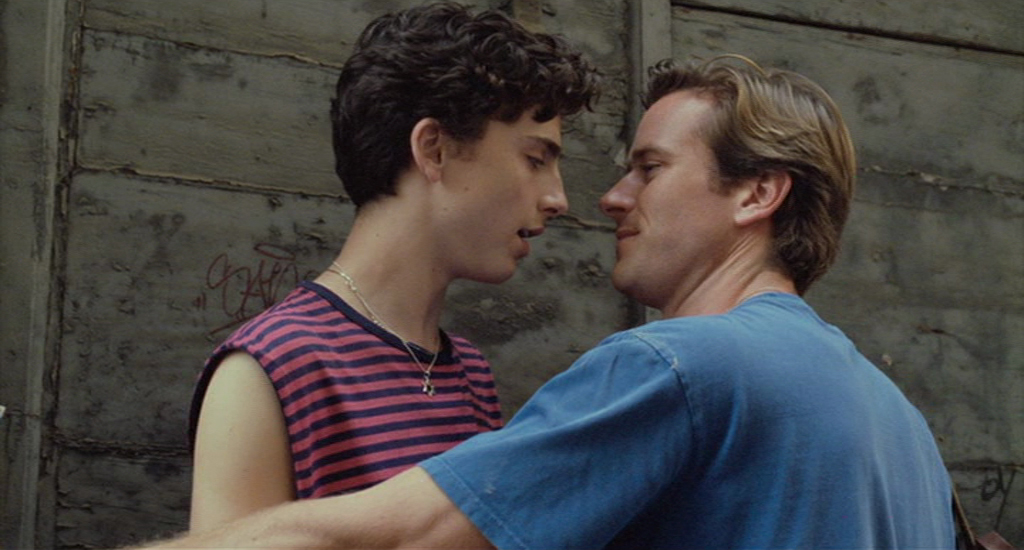 And how not to have a soft spot for Elio? He’s young, smart, and displays so many relatable teenager traits that you’ll recognise yourself in him even if you’ve never lived in an Italian villa surrounded by orchards (although we’d all love to — it’s a dream-like scenario after all). Understanding and appreciating Chalamet’s performance, and what his character’s going through, helps put our own moments of adolescent fragility and insecurity into perspective, and for that you’ll feel gratitude, maybe even a sense of closure.

If love is truly universal, then there is some for Mr. Perlman and his wife (the fantastic but underused Amira Cesar), too; attachment doesn’t necessarily mean desire, and the Perlmans are really exceptional parents. Guadagnino captured moments of quiet, peaceful routine and elevated them to pure bliss: a mother stroking her son’s hair while reading a book, an outdoor table laden with breakfast food, someone downing a glass of apricot juice. In the background, a hand-picked soundtrack featuring outstanding songs by Sufjan Stevens that perfectly set the mood. Guadagnino eases us into seeing beauty, and teaches us that it’s ok to find love everywhere, to be open, ready to embrace it. Love elevates everything that surrounds it, be it love for your son, love for your parents, or love for a friend that develops into something more.

If you want to hear more about this from Guadagnino himself, don’t miss the Q&A included in the DVD’s special contents, or his solo film commentary which you’ll only find with the Blu-ray. 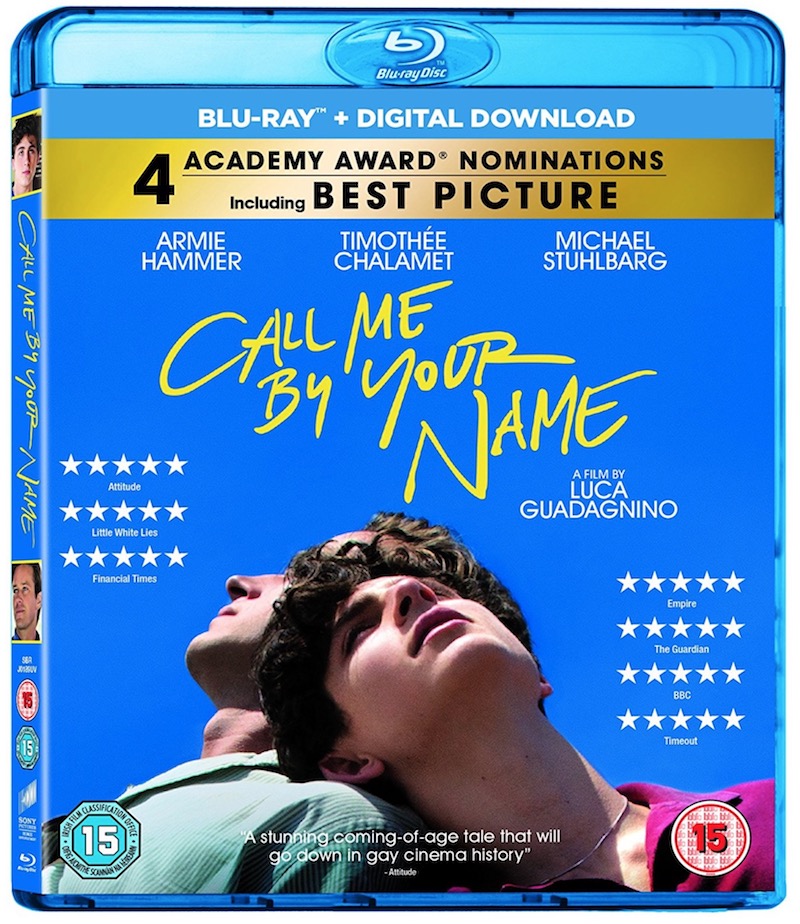