When M. Night Shyamalan’s Split (2016) ended with the shocking revelation it’s taking place within the same universe as the director’s own Unbreakable (2000), and that David Dunn (Bruce Willis) might soon be hunting down Kevin Wendell Crumb (James McAvoy) and his 24 different personalities, it felt like a promise that something surprising and exciting was coming next. Unfortunately, Glass rarely lives up to that promise.

What happened in Split’s ending was clever and effective. The director stealthily renewed hype for a sequel to Unbreakable sequel fans had been asking for. But, now that it’s finally here, it’s evident the conclusion to this trilogy, Glass, couldn’t live up to 19 year’s worth of expectations. It’s a movie that feels limited by its £20M budge, struggling for new ideas and unable to successfully deliver an interesting story. 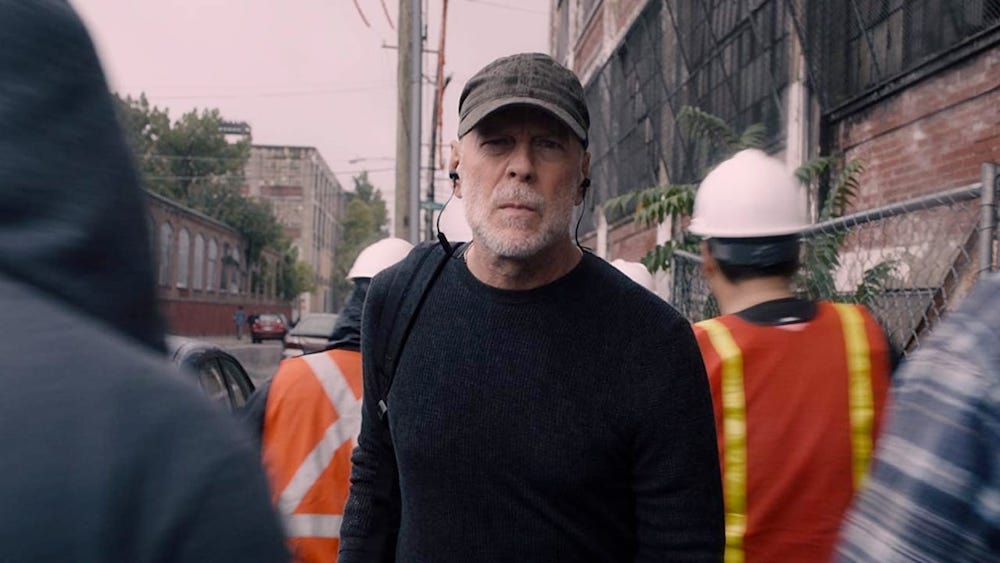 We initially follow David as he searches for Kevin, who’s kidnapped four cheerleaders shortly after the events of Split. This is where the film’s at its best because the opening 20-minutes is where the narrative has the most potential and excitement. We see how David’s been going around dishing out vigilante justice in a raincoat, dubbed “The Overseer” by the citizens of Philadelphia. But all that comes to an end when he and Kevin are captured and taken to a psychiatric hospital to be studied by Dr Ellie Staple (Sarah Paulson), who attempts to convince them, and us, that they’re suffering from delusions of superheroic grandeur.

The film is titled Glass after Samuel L Jackson’s villainous character from Unbreakable, Elijah Price. He’s grown up with brittle bone disease, a condition that causes his bones to break very easily, and thus retreated into an obsession with comic-books, eventually naming himself ‘Mr Glass’ and using his superior intellect to become the bad guy in what he saw as David Dunn’s superhero origin story. It’s no surprise to see him return here, as another one of Dr Staple’s patients. 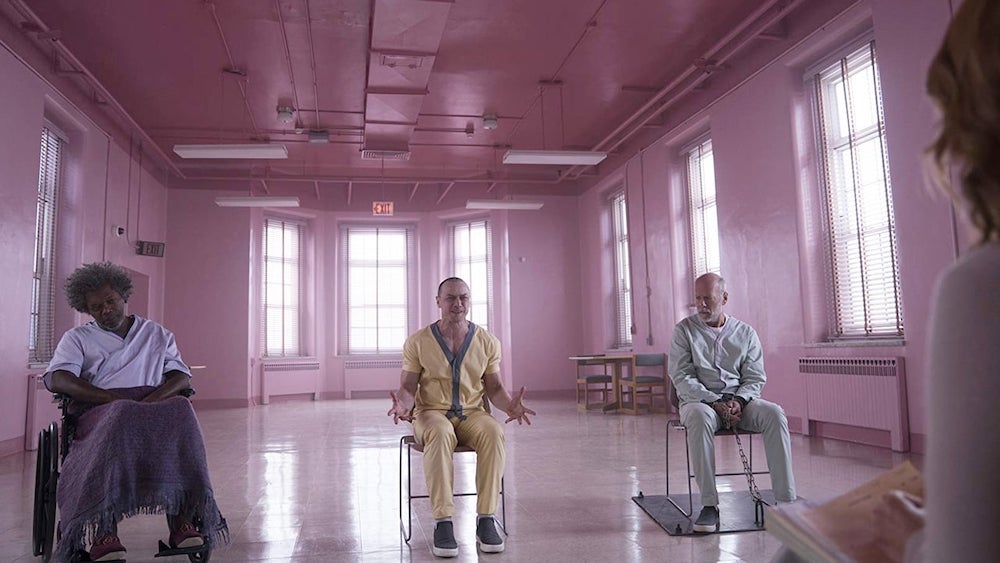 There’s a lot of talking in Glass and much of it comes from the frustrating and uncharismatic character of Dr Staple. Paulson is usually a terrific screen presence, but she isn’t particularly watchable in this film and quickly becomes the most boring part of the story. She’s been included by Shyamalan solely for a couple of third act revelations and to maybe convince the characters they’re deluded and don’t actually have superpowers. It’s an unconvincing role, especially for audiences who’ve seen the previous movies and know her view to be false.

One major positive, acting as something of a counterweight, is James McAvoy and his performance as someone with disassociative identity disorder (DID). In contrast, Willis and Jackson aren’t being pushed to do a great deal here: the former almost sleepwalking through events and the latter making marginal effort to give Elijah some nuance. McAvoy, however, is constantly delivering as much as he possibly can. If you enjoyed him in Split, there’s far more of that here and his performances are just as impressive and entertaining. 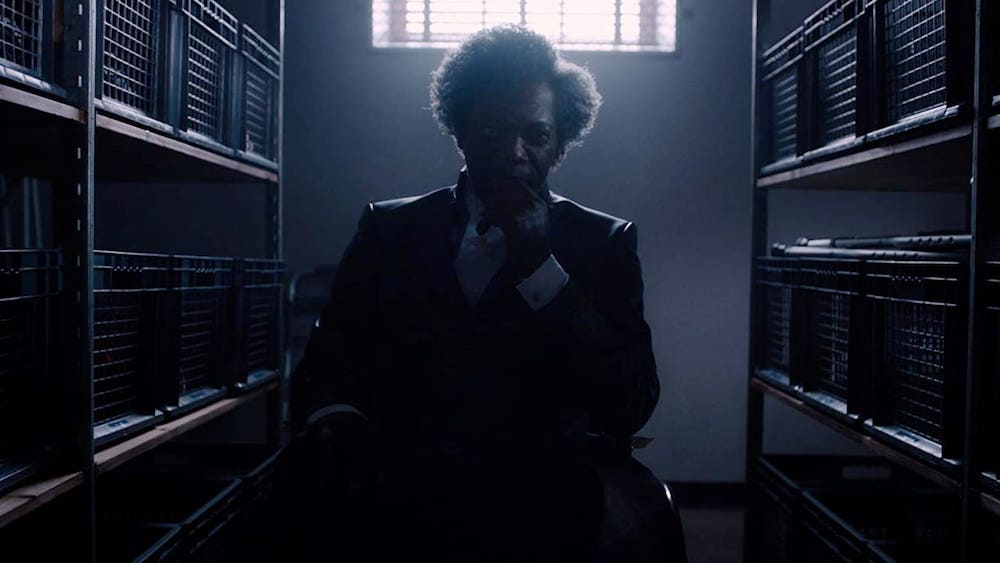 There are returning characters from the previous films, too, including Casey Cooke (Anya Taylor-Joy), the sole survivor of an abduction by one of Kevin’s personalities; David’s son Joseph (Spencer Treat Clark, returning from Unbreakable); and Elijah’s mother (Charlayne Woodard) who continues to visit her son in the hospital. While Joseph serves an important role as David’s support during his vigilante activities, it’s a little more difficult to understand why Casey is back. The presence of these tangential characters is sometimes distracting and unnecessary.

Having mentioned many of its flaws, it’s only fair to say that Glass is still gripping and interesting—for much of its runtime. Critics claiming it’s a snoozefest aren’t accurately describing most of the movie. It certainly isn’t what a lot of people are expecting, however, because this isn’t a superhero movie. It’s not as propulsive, distinctive, focused, or even as well-written as Split or Unbreakable. There’s not much action, the lower budget inhibits how much of a superpowered showdown one can expect to see, and the ideas it has about comic-books feel clichéd and outdated. 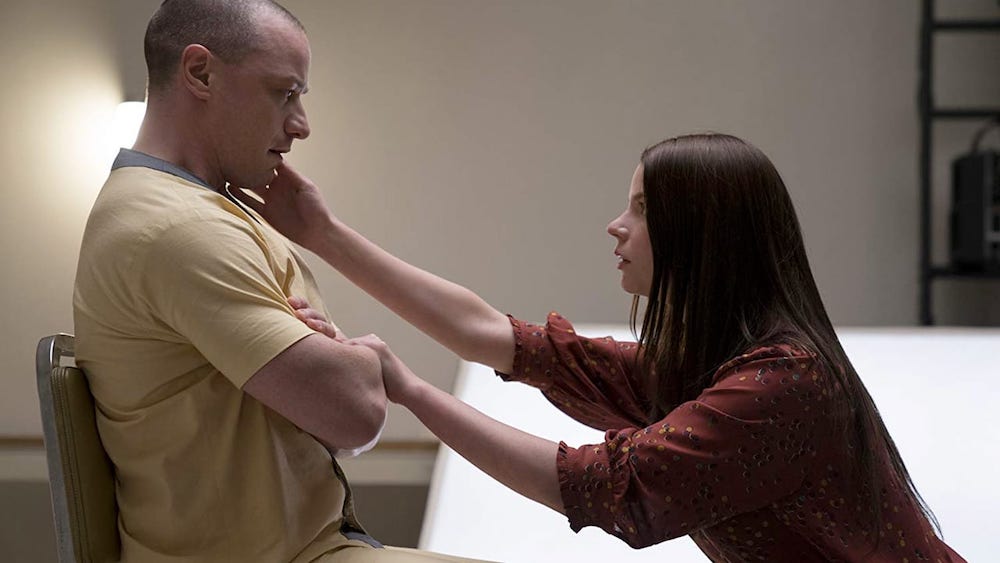 There’s a pretentiousness to Glass that isn’t easy to love. A lot of it comes from the Dr Staple character, but much of it comes from the messages the film tries to impart. There’s a point in the story where a character seems to earnestly argue that all comic-books are tapping into a secret ancient history of the world. And at more than one point, characters experience major realisations while inside comic-book stores or reading a comic-book. There’s more of that kind of on-the-nose stuff than the film needs, and the script often ties itself in knots trying to connect the worlds of Unbreakable and Split.

We all know Shyamalan loves a good twist ending since The Sixth Sense (1999), but what he’s trying to pull off here feels too convoluted. Upon a little examination, it’s clear he’s reusing many of the elements from Unbreakable’s superior twist. Without spoiling anything, it’s unsatisfying.

Glass deserves respect for being exactly what Shyamalan intended it to be and for fulfilling his vision, but it only shows promise in a few smaller moments. It’s just not as compelling as it needed to be. One of the brightest spots is a flashback about Elijah that’s actually a deleted scene from Unbreakable—meaning present-day Shyamalan is being outmatched by his younger self! That pretty much sums Glass up. Ironically, it’s a movie with an identity crisis.