Barry Jenkins’ follow up to Moonlight (2016) is a saccharine take on the racial injustices in the US. If Beale Street Could Talk, closely adapted from Richard Baldwin’s popular 1974 novel, tells the story of childhood friends Tish (Kiki Layne) and Fonny (Stephan James) as they become lovers. But their bond is tested when Fonny’s falsely accused of raping a Puerto Rican woman, after being set up by a corrupt police officer. And as Fonny waits behind bars, Tish discovers she’s pregnant with his child…

If Beale Street Could Talk has a more unconventional narrative structure than Moonlight, allowing audiences to understand the nuances in Fonny and Tish’s courtship. This film isn’t concerned with big romantic gestures but instead the intimate details that make one person fall for another, with a small selection of Tish’s memories told in a hazy non-linear way that focuses on unimportant items and tangential moments. 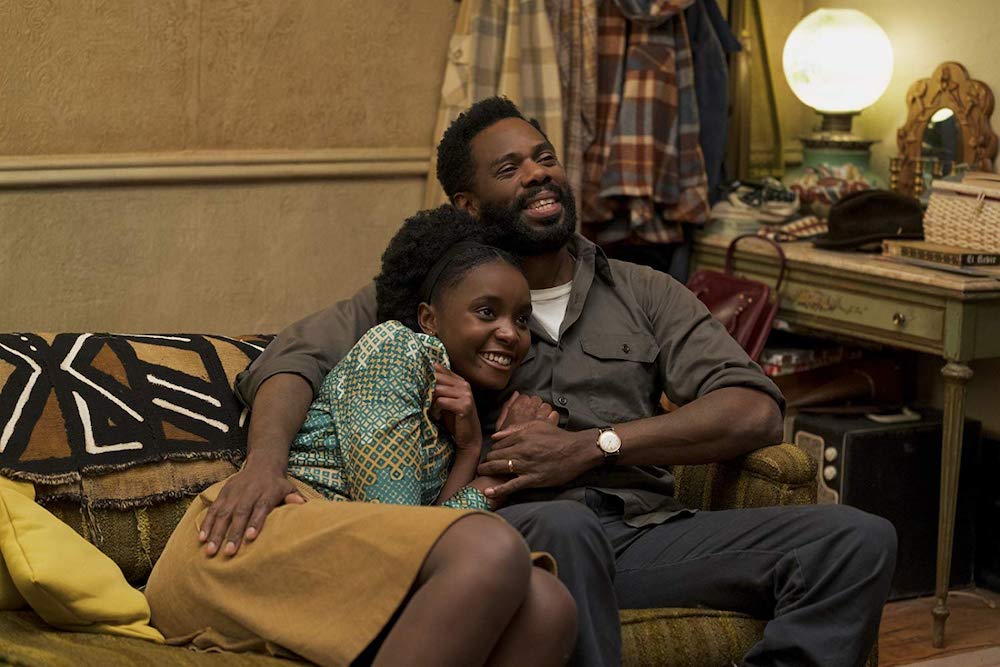 As a black man in 1970s America, Fonny’s a victim of a cruel system stacked against him. Beale Street treats this with sadness rather than anger, and it’s unusual for a movie dealing with this subject to contain so much optimism. By choosing to focus on love conquering hate, rather than a system that ruins black excellence, this film is a little cold and emotionless. There isn’t much concern for why it happened, more what a family would do to make it stop happening.

We never see Fonny’s arrest and only momentarily meet the cop that framed him (Ed Skrein). We don’t spend much time with Fonny’s white lawyer (Finn Wittrock), as other films would focus on him slowly understanding how unfair the system is and fighting their cause. Beale Street presumes audiences don’t need to have the racial tensions in 70’s America explained, so doesn’t need to show police brutality in order to care about these characters. Unlike many other films in this genre, there’s also no whodunit plot, as there’s never any doubt the system is corrupt. Subsequently, there’s no showy courtroom battle. 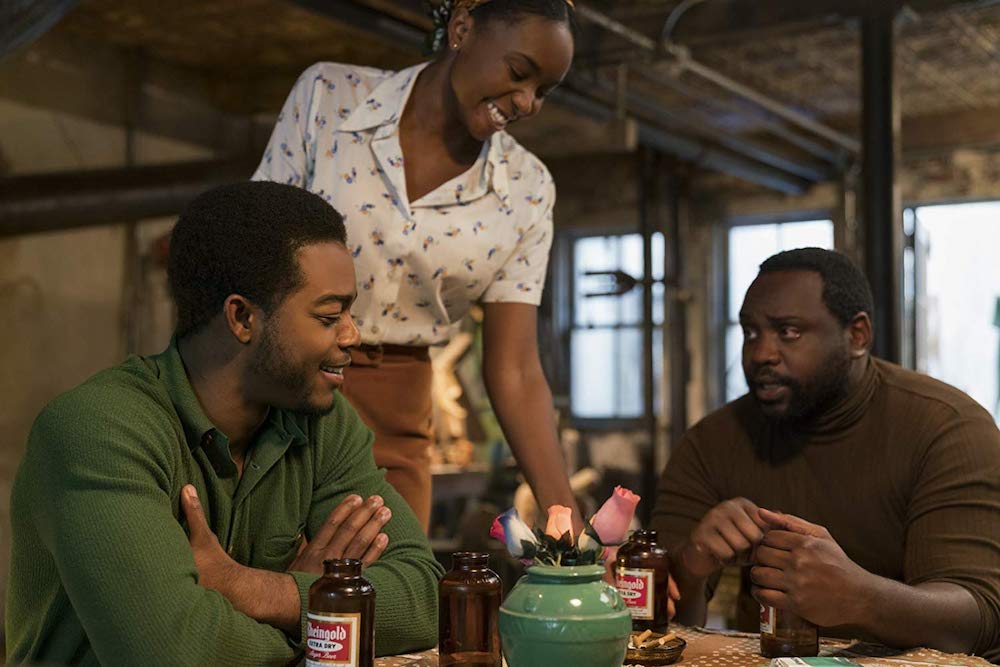 The dynamic between Tish and Fonny purposely begins stereotypically; he makes wooden carvings and defends her honour, she cooks for his friends and worries about kitchen furniture. But after he’s jailed, Tish becomes Fonny’s rock and it’s her strength that holds the pair’s relationship together. This shift in dynamic is subtle and echoed in the attitudes of their parents. Jenkins is greatly concerned with black masculinity and defying the expectations of a black man behind bars. James’s subtle portrayal of Fonny’s pain purposely defies the representation of incarcerated masculinity, but while he has decent chemistry with co-star Layne they fail to deliver a deep emotional poignancy.

An early scene where Tish announces her pregnancy to Fonny’s snobby family is a highlight; it’s tense, uncomfortable, difficult to watch. Strangely, Fonny’s status-obsessed and fanatically religious mother and mean-spirited sisters are barely mentioned afterwards, which felt a shame. Both fathers (Colman Domingo, Michael Beach) do recur, but the exclusion of their families feels like a narrative loss. 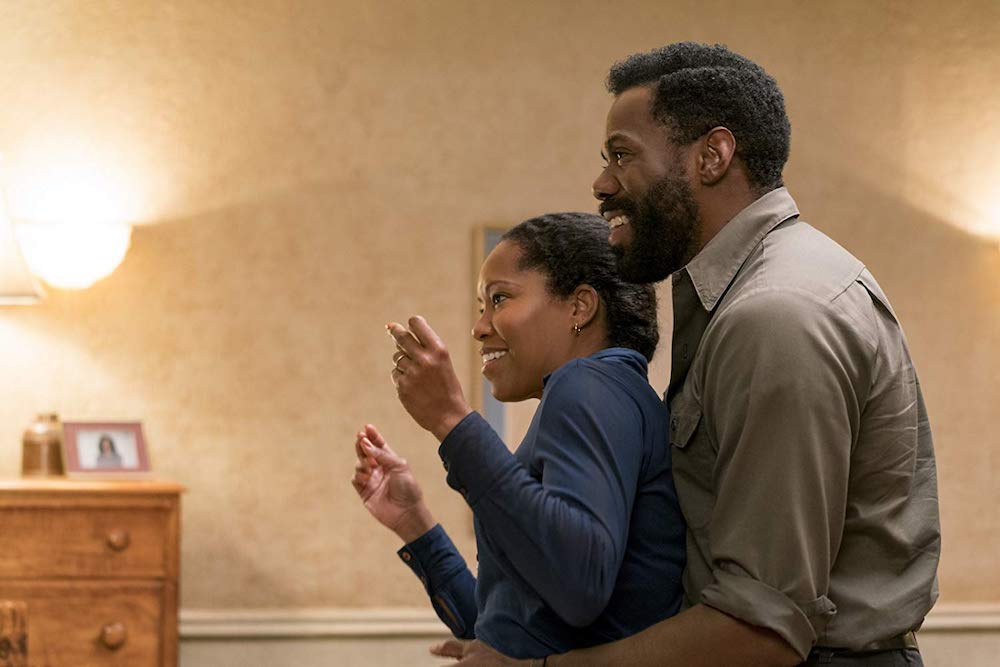 Jenkins’ direction and James Laxton’s cinematography is breathtaking, especially the close-up of the lover’s faces. However, at some points, there’s too much focus put onto the wonders of young black love which distracts from the underlying social issues being examined. Fonny and Tish live in a perfectly peaceful New York, wear colour-coordinated clothes and are in perfect harmony with nature. Despite being set in the ’70s their world is timeless, so could be any decade of the last 60 years following a young black couple. But there’s an uncomfortable glossiness, in script and cinematography, that makes the story’s impact hit a little softer than it should.

There’s an intense faithfulness to the source material here, but it’s perhaps a little too constricting, especially with Tish’s stilted narration and some overly verbose dialogue. Many scenes fail to land, especially a bizarre and misjudged moment with Dave Franco as a Jewish landlord, while others feel unimportant and forgettable. The choppy non-linear narrative feels more like a selection of disconnected scenes and loses some emotional impact as a result. 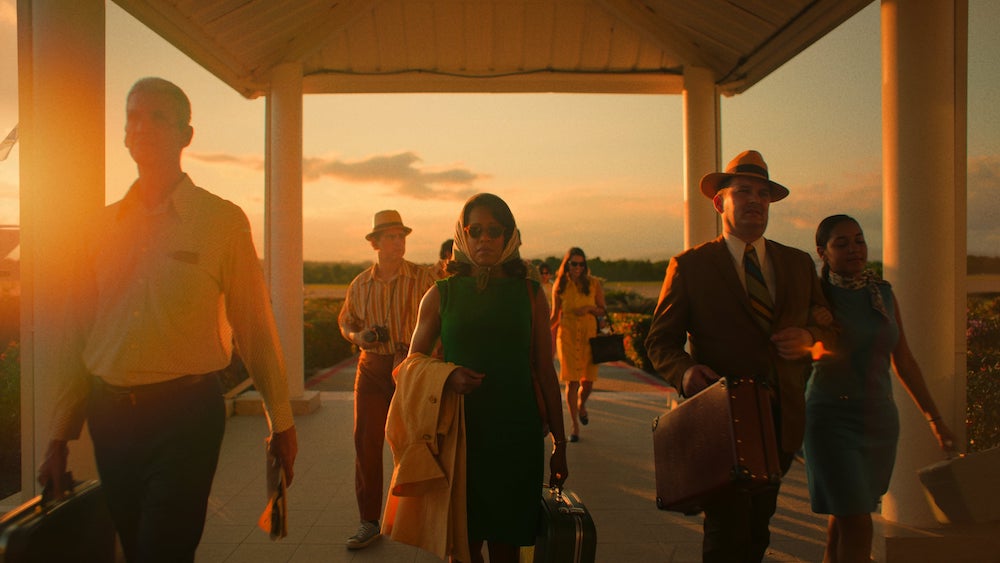 Regina King’s performance as Tish’s mum is the only time If Beale Street Could Talk hits you in an emotional way, as she flies to Puerto Rico to try and talk sense into Fonny’s lying accuser. This slightly disjointed segment is nevertheless the standout sequence and is likely to be remembered the most after the credits end. King is a powerhouse of love, anger, and frustration, doing such a lot with very little dialogue. Now a deserved frontrunner for the Academy Award for ‘Best Supporting Actress’, it’s King that brings nearly all the emotion to Beale Street.

Both Jenkins and author Baldwin don’t pull any punches when it comes to the atrocities of the US legal system, but overall If Beale Street Could Talk is a twee and pretty portal of love in 1970’s Brooklyn that just happens to be telling a story about police corruption and racial prejudice.