Gaspar Noé has certainly made a name for himself over the years, especially off the back of Irréversible (2002), a notorious film considered so disgusting by many they had to turn it off. With a reputation built on such a controversial piece of work, it’s hard to break away from heightened expectations and fans wanting something equally as thought-provoking. While directors like Tom Six (The Human Centipede) and Lars von Trier (Antichrist) have arguably played up their assumed ‘roles’ in the industry with their projects, not everyone wants to be tied down by previous work and pigeonholed as someone only capable of shock value. With the great Stanley Kubrick (2001: A Space Odyssey) cited as one of his main inspirations, Noé comes across as a filmmaker who wants to rise above easy shocks and deliver something more creative in the industry.

His latest work, Climax, offers a visual treat as well as a delightful soundtrack, with a storyline that stays with you afterwards. The ‘musical horror’ isn’t a popular or well-established subgenre, however, so Noé doesn’t have a huge amount of competition… but Climax is the perfect vehicle for him to express his ideas and creativity in a glorious mishmash of song-and-dance-and-violence. It feels fresh and confusing—like a long car crash you can’t take your eyes off as you wonder what’s happening and why. It’s undoubtedly a disgusting piece that doesn’t shy away from the horror Noé’s delivered in previous movies, but here you’re not left with the overwhelming sense of being shocked for the sake of it. Climax feels like he’s learned how to bring his best talents together into a satisfying package. 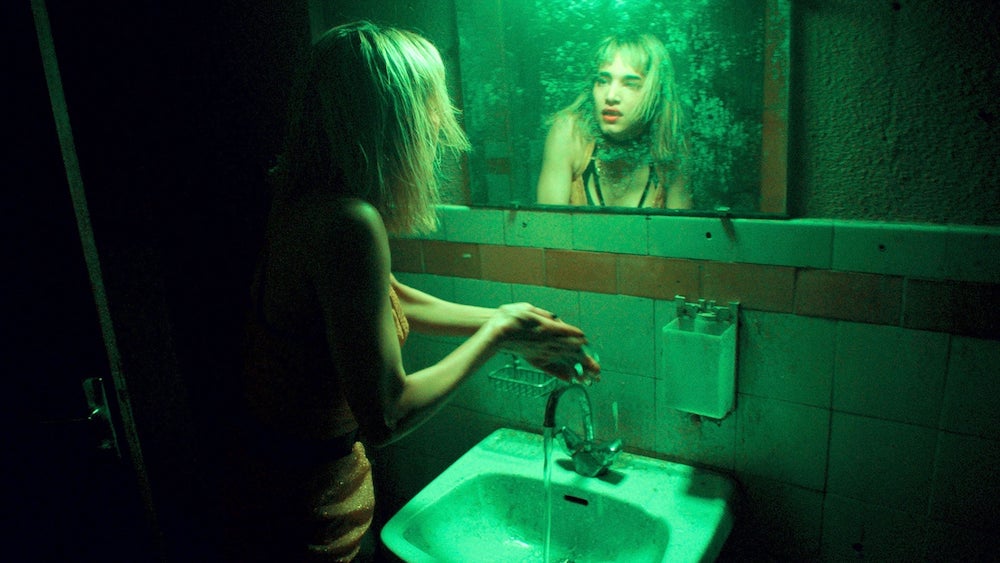 The story itself is fairly simple, following a group of drugged dancers and the fallout of their paranoia and suspicion over who’d put them through this. If you know anything about Noé’s oeuvre, you’ll have an idea what’s to come: a frantic mix of sex and violence and total anarchy. It may not get as messy or controversial as Irréversible, but Climax still has a sense of disorientation to throw audiences, although the action itself is arguably enough to do that. Whether it’s the dancers turning on each other with aggressive behaviour, or having sex on the floor while chanting, there’s more than enough here to make the viewer second guess what’s going on without overdoing the time-jumps or juggling the narrative. Thankfully, Noé seems to know this and doesn’t overplay with things unnecessarily, allowing the story to speak for itself. It could be a commentary on religion or an analysis of human behaviour depending on how deep you want to look into it. 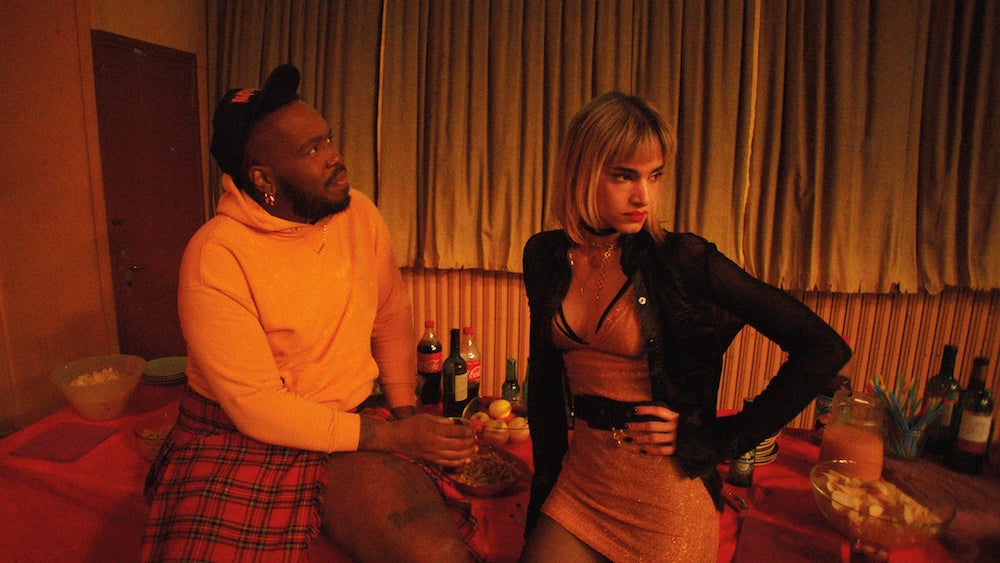 For me, Climax managed to be as beautiful as it was horrifying. There’s just something about the music and dancing that’s absolutely mesmerising to the point of almost forgetting how weird the film is. I say almost because it’s very difficult to blank out what’s been seen before, as each scene provokes a visceral reaction from those watching. How shocking you find Climax will largely depend on your previous viewing experiences and how open you are to watching generally nauseating cinema. I’ve seen far worse but that doesn’t render the sex or violence any less impactful. A lot in Climax feels far more real and attention-grabbing than some other films trying desperately to get a reaction and ending up being boring and monotonous. There’s something very important about being able to frame the subject matter in such a way that it actually means something.

Importantly, Climax is a great example of cinema’s ability to shock while entertaining. It’s a piece of art and never feels like Noé’s trying to get critics or viewers to talk about the film in the same way many did with Irréversible. There’s no attempt at revisiting any lazy controversy, but he instead frames the horror with beauty and eye-widening colours which make you sit up and pay attention. 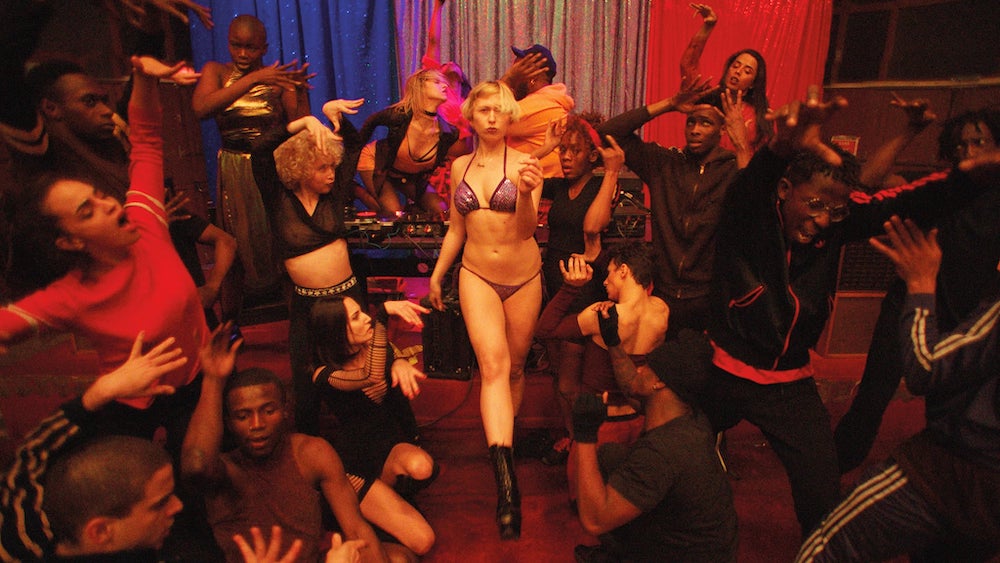 Climax doesn’t rely on memorable dialogue or plot twists, and while the large cast does a decent job of delivering Noé’s ideas they’re arguably all interchangeable with no truly memorable performances. That isn’t the point of the film though, as it really wants to look at birth and death and everything in between, with the messages being received loud and clear.

Well, I say clear, but it’s hard to pinpoint exactly what it all means by the end. And that doesn’t really matter. Climax isn’t a film to see if you’re looking for a satisfying resolution or a clear storyline. This is a Gaspar Noé film. Credit goes to Benoît Debie’s cinematography and Nina McNeely’s choreography, both of which come together to form something rather special. It’s not the most shocking film you’ll ever see, nor is it the scariest, but Climax manages to be memorable and leaves a lasting impression… and that’s more than you can say for a lot of movies.

It establishes Noé as a filmmaker who’s taken everything he learned from watching Kubrick and is now using his vision in a more unique and effective manner. I’m excited to see where he goes next. 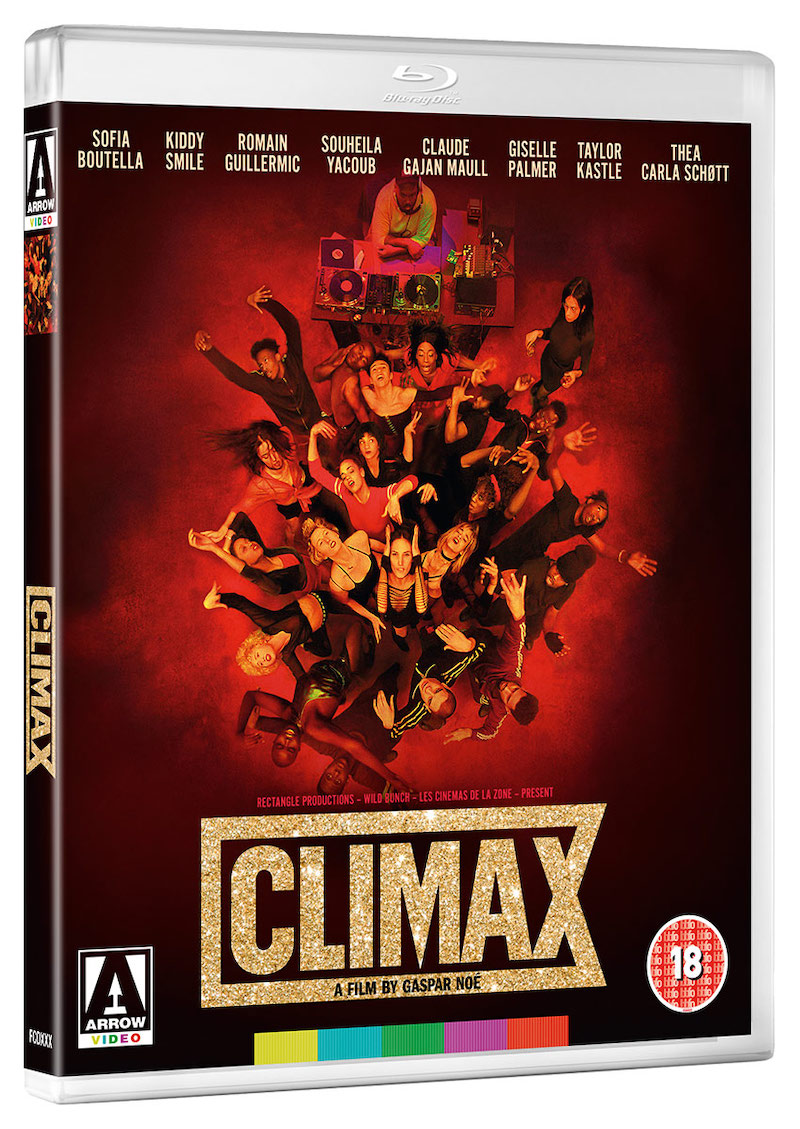 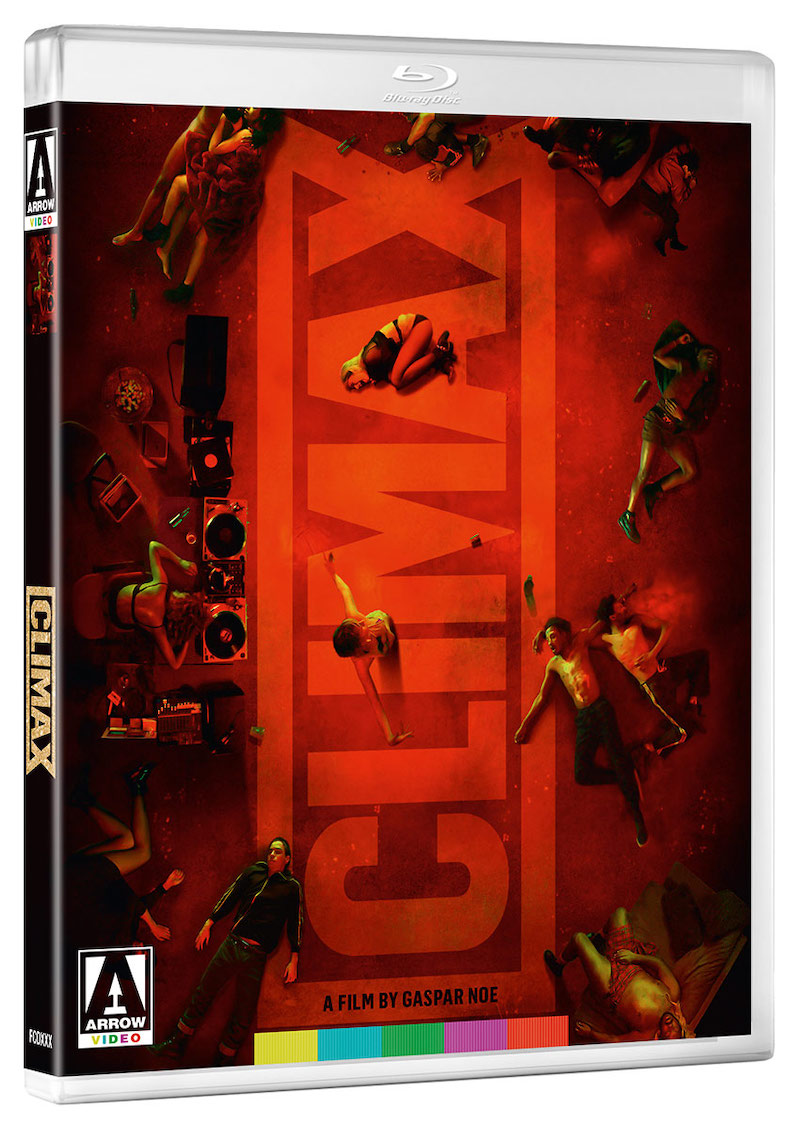