Well, that was an episode and a half! Ever since You, Me & The Apocalypse began I’ve said viewing it as a straight-forward comedy is a mistake, and as the season has progressed, and the end of the world has edged closer, so the storyline’s become increasingly dark. Tonight’s bleak, brilliant episode was the culmination of that as ‘Operation Saviour’ conclusively failed, leaving the world on the brink of extinction. The episode’s final scenes which juxtaposed the newly liberated Celine (Gaia Scodellaro) running to meet the love of her life, with the President’s lie of a speech, were among some of the most powerful I’ve seen on TV this year. The slow creeping realisation that Gaines (Paterson Joseph) had ordered the military execution of all the scientists at mission control (in order to preserve the illusion that Saviour had succeeded) was a real punch to the gut. The episode’s final moment, when Celine came upon Jude’s (Rob Lowe) dead body hanging from a rope, a brutal knock-out punch. With two episodes left it’s hard to escape the feeling that everything is only going to get much worse from here on in. 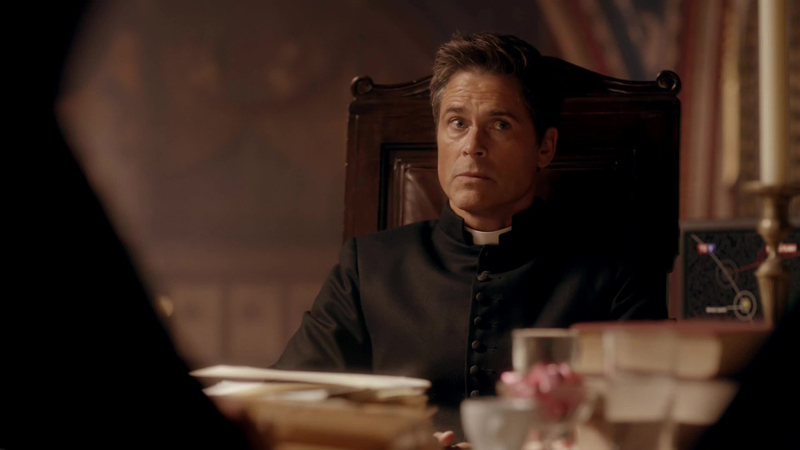 Oh Jude, it’s never a good idea to let the higher echelons of the Vatican know how you think about them. And an even worse idea to do so when you’re in possession of some very damaging information. Jude may have been a loose-living and irreverent man, but his faith was very real and ultimately he balked at lying to the world’s Catholics about the Second Coming. The scenes in which he confronted the Cardinals and the slippery Father Christophe (Anthony Howell) were brilliantly done—putting across both sides of the position smartly and with humanity.

Yes, Jude was right that the Church can’t lie to its followers—but, actually, Christophe too had a point that it might be better to send the faithful to their deaths with some moment of succour, their beliefs still intact. It was a nuanced and clever debate and, as someone raised Catholic, I’d say it was pretty fair to the teachings of the Church. Unfortunately for Jude, by refusing to agree to the installation of a false Messiah he was signing his own death warrant—the death by hanging clearly meant to recall that of God’s Banker, Roberto Calvi, found under Blackfriars Bridge in London in 1982. Just in case anyone doubts that this was murder rather than suicide—Jude, a man of faith under all the sharp words, would be extremely unlikely to kill himself; firstly, because he was about to head off to a new life in Florence with Sister Celine, and secondly because suicide is a mortal sin in the eyes of the church. And when he quit the priesthood, Jude was clearly rejecting the Vatican hierarchy—not God. It was a sad ending for one of my favourite pairings—Rob Lowe has been wonderful in this role, all twinkling charm and sardonic asides, and his chemistry with Gaia Scodellaro was perfect. At least he got one last great line in, eyeing up the partying nuns in Celine’s convent with the words “I’ve always wanted to enter a convent. It’s exactly as I hoped it would be. Party on.” You too, Father Jude, you too… 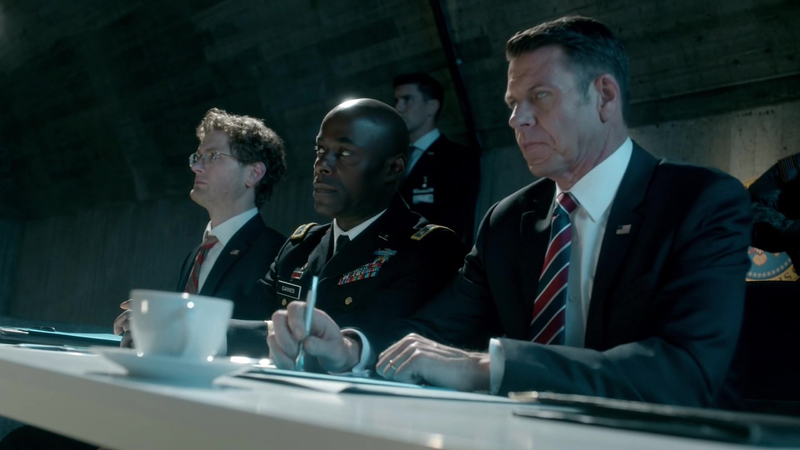 If Jude’s demise was devastating, Gaines’ collapse was equally hard to watch. The terrible thing being that you knew his actions could be justified, even though they amounted to murder. The world is ending. They need things to stay calm (or as calm as possible); so lying to the nation and saving the President are probably rational acts in what’s essentially a period of military control and a time of war. But, oh, it was awful to watch the slow realisation on the faces of the scientists as they realised they would never leave mission control. While the slippery President swiftly adjusted to his new role (guaranteed survival and the company of beautiful women—he’s laughing!), Scotty and Gaines looked altogether more desolate, with Gaines in particular having crossed a Rubicon from which it may be hard to recover. Is Scotty (Kyle Soller) aware of what Gaines did? The General was quick to make sure his boyfriend was out of the room when the scientists were herded out, and I had the feeling that this might have been a decision that was taken on a need-to-know basis, because Scotty seems unlikely to have agreed it. 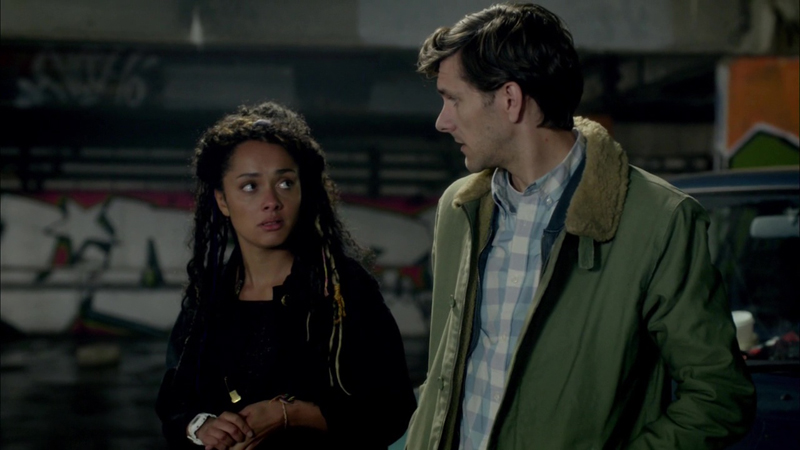 The most dysfunctional offshoots of the very dysfunctional McNeil family got together for a hostage exchange in a Slough carpark, where Frankie (Grace Taylor) ably demonstrated that she might be little but she’s still the smartest member of her family, vomiting all over her Uncle Ariel (Mathew Baynton) and thus saving Jamie from the ignominy of being blown up while wearing a giraffe’s head (not, frankly, a sentence I ever thought I would type). The episode ended with Hawkwind (Karla Crome), Jamie and Frankie all happily together; Ariel having staggered off, blinded by Hawkwind’s mace—although given the way this show’s going you do have to wonder for how long? Who knows how this crazy, wonderful show is actually going to end… but I do hope these guys get at least a little bit of happiness. It’s in short supply elsewhere… 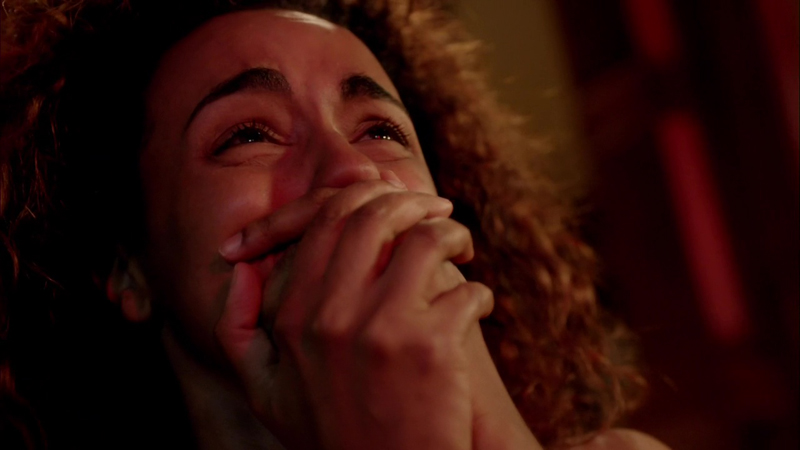 So what did you think? Was Gaines right to order the deaths of the scientists? How sad were you to see the end of Jude? And will Jamie get five minutes of happiness before the end of the world? As ever all speculation is welcome below…