Following on from their respective awards successes of late, a team-up between director Tom Hooper (The King’s Speech) and Eddie Redmayne (The Theory of Everything) should be a shoe-in for Oscar success. The prestige of those two names—along with the worthy story of The Danish Girl, and the nature of Redmayne’s committed, cross-gender performance—make this the epitome of Oscar bait. And while awards seem guaranteed, The Danish Girl is not without its flaws and issues.

Set in 1920s Copenhagen, Redmayne plays Einar Wegener; an painter happily married to fellow artist Gerda Wegener (Ex Machina’s Alicia Vikander). When one of Gerda’s female models fails to attend a sitting, she playfully asks Einar to dress up in women’s clothes to help her complete a painting. It starts as something of a lark, but to Einar it’s a transformative experience, as the act of wearing feminine dress brings something to the fore: Einar wants to keep them on. 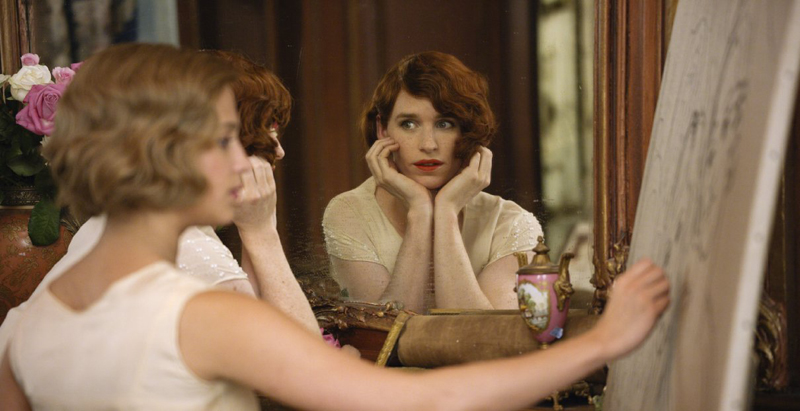 After the success of painting ‘Lili’—as Einar’s female persona’s dubbed—Gerda’s struggling career finally gets a boost; and while at first it’s a fun, daring experiment (particularly in gentrified 1920s Europe), eventually the extent of Einar’s desire to become Lili for good threatens not only their marriage, but perhaps their lives.

As Einar/Lili, Redmayne gives a brave and bold performance, but the screenplay adaptation by Lucinda Coxon lets him down as the story progresses. During his character’s early moments of confusion, when Einar first becomes truly aware of his gender misalignment, Redmayne is utterly superb; perfectly conveying the sudden and forbidden comfort that he finds in being Lili. The uncovering of this previously unknown side of himself and the pull to be Lili—even the realisation that perhaps he’s always been Lili—are fantastically conveyed by Redmayne. The psychological battle over the knowledge that giving life to Lili means killing Einar takes place visibly across Redmayne’s distinctive features. 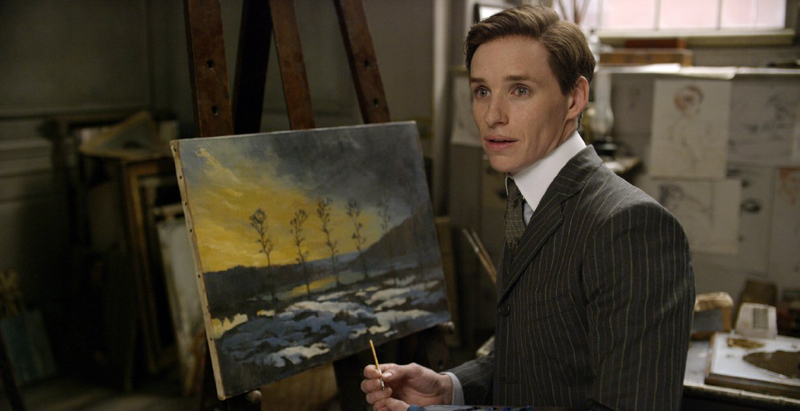 But at a certain point, there are only so many scenes of coy embarrassment, or close-ups of Redmayne’s wet, quivering, conflicted eyes that the film needs. While the initial forays are fantastic, once Einar begins to resolve himself as Lili, The Danish Girl becomes overly repetitive. Einar’s crusade to become Lili in every way also sees him become very self-centred, and sympathies may actually shift away from him, even as we understand the incredible weight of his circumstances. “It’s not all about you!” Gerda bellows at him, quite justifiably. He offers no reply.

As a result, as good as Redmayne is, this is actually Vikander’s film. As Gerda, the Swedish actress gives a rich and rewarding performance, fraught with emotion. While Einar’s arc is involving, it is also rather one-dimensional. Einar wants to be Lili, and won’t let anything stop him from becoming her. Gerda’s arc, however, is far more layered. As the wife of a man who comes to live as a woman, her entire life is thrown into disarray, and her struggles to reconcile her love for Einar with the fact that he’s no longer the person she married is fascinating and heartrending. Gerda’s a wonderful character, steeled with strength even under the most difficult of circumstances, and it ends up being her that’s the emotional centrepiece of the picture. If anyone’s to win awards for The Danish Girl, it ought to be Vikander. 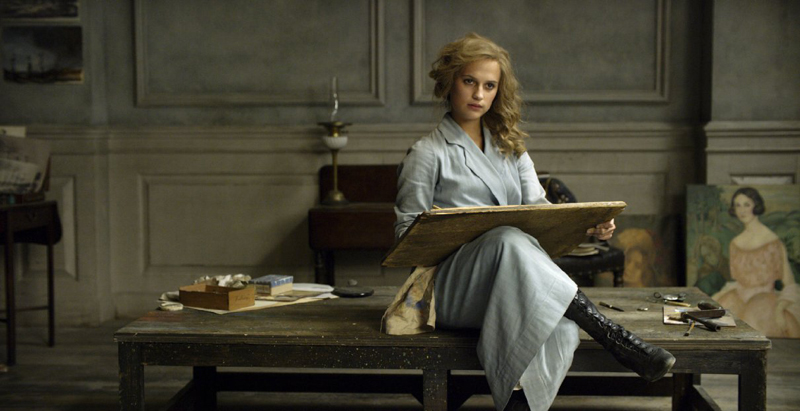 If the screenplay loses itself the longer things go on, then at least Hooper’s film looks the part. The English director and cinematographer Danny Cohen shoot The Danish Girl in a style that often resembles a painting; all soft focus, pastel colours, and lavish detail. The score, meanwhile, from Alexandre Desplat, is beautiful when it’s piano-led, but becomes overwrought when the violins take over.

Other issues with the film sit more on the side of politics and history, with the alleged “true story” actually warping several key facts about Einar and Gerda’s lives, their sexuality, and their experiences, then leaving others out altogether. There’s also the argument against having the story of one of the first people to ever attempt gender realignment surgery be told with a cis man as the lead, rather than a real transgender person (Hollywood’s come a long way, but we’re not there yet—see also: the historically misrepresentative sea of white faces in Suffragette).

Inaccuracies and politics aside, The Danish Girl is a well-made and at times extremely poignant film. Alicia Vikander gives one of the performances of 2015, and it’s difficult not to be affected by the central story. The plight of Einar/Lili is very affecting, and Hooper largely avoids sentimentalism. It’s thought-provoking and mildly provocative, but at its heart, it’s the story of a relationship trying to survive under immense pressure, and about one man’s determination to live the life that he was supposed to live. In that way, The Danish Girl is something of an inspiration. But with a repetitive storyline and a curiously abrupt ending, it’s much like the view of one of Gerda’s paintings in the film—worth a look, but perhaps not a classic work.

writer: Lucinda Coxon (based on the novel by David Ebershoff).