Backstories are at the heart of Westworld’s third episode, “The Stray”, in the invention of a new narrative for Teddy (James Marsden), the revelation that Bernard (Jeffrey Wright) is grieving the death of his son, and the ongoing situation that some Hosts are beginning to remember fragments of their previous roles. In that sense, this episode was a provocative bundle of ideas about what makes us human, or what encourages the onset of consciousness. We even got solid information from Dr. Ford (Anthony Hopkins), the park director, about his own backstory, after he admitted to his protege Bernard that he built Westworld with the assistance of a mysterious partner. Arnold was a scientist who, unlike Ford, wanted to make the Hosts more “real” by giving them consciousness, only to die in an apparent accident inside the park before he could achieve his life’s work. One has to wonder if this accident was nothing of the kind, and Ford actually murdered his colleague before he could successfully turn the Hosts from lifelike theme park automatons to sentient machines—which would open up an enormous ethical can of worms.

For now, we’ll just have to speculate, but last week I wondered if there was someone unknown to Westworld’s behind-the-scenes team who had created a deeper level of the game that The Gunslinger (Ed Harris) has cottoned onto, and someone like Arnold fits the bill. It’s even possible he wasn’t killed or murdered, but still exists somewhere inside Westworld (maybe at the centre of the Maze that The Gunslinger is trying to find the entrance to?), and has been pulling strings from ‘inside the machine’. It might explain why the Hosts are reportedly talking to an imaginary person called “Arnold”, although that was explained away as being their name for some original code floating around their heads. Or is it? Might Arnold be re-programming Hosts himself, refining his attempts to give them sentience? And why not tell us Arnold’s surname, if not for the possibility he’s related to someone we already know? 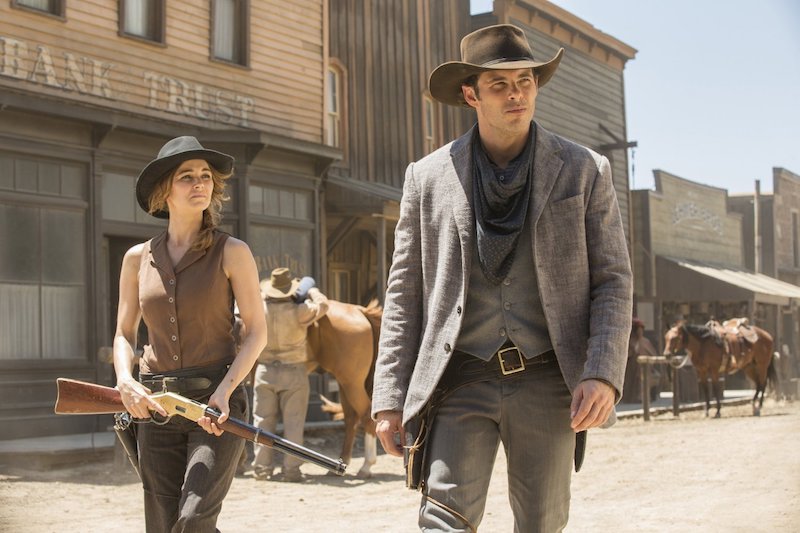 There was more of a focus on Teddy and Dolores (Evan Rachel Wood) this week, as the story shifted back to the emphases of the premiere. Ford gave Teddy a proper backstory, rather than a vague feeling of guilt, and suddenly his character was being recruited by the Sheriff to track down Wyatt, a rogue army officer who has a history with Teddy. This lead to something of a Bone Tomahawk-style subplot, with Teddy forming part of a posse that rode deep into the countryside and ambushed by a strange gang of masked individuals who appear to be impervious to his bullets. And the only people we know are invulnerable to Host-fired weapons are the human guests inside Westworld, so has Teddy stumbled upon some other men like The Gunslinger?

Dolores herself is most definitely becoming consciousness, and Bernard actually realises this and is intrigued enough to keep his suspicions secret and instead keep a careful eye on her. His character is clearly supposed to be someone with the same interests as Arnold, who may sympathise with the idea that the artificial intelligence they’ve created is simply evolving through “mistakes” in their programming, exactly as humans did biologically. It seems clear from “The Stray” that Bernard is enjoying playing “father” to Dolores and is trying to make her grow up. It’s like he wants to create “life” with greater permanence than his son, who seems to have died of natural causes. 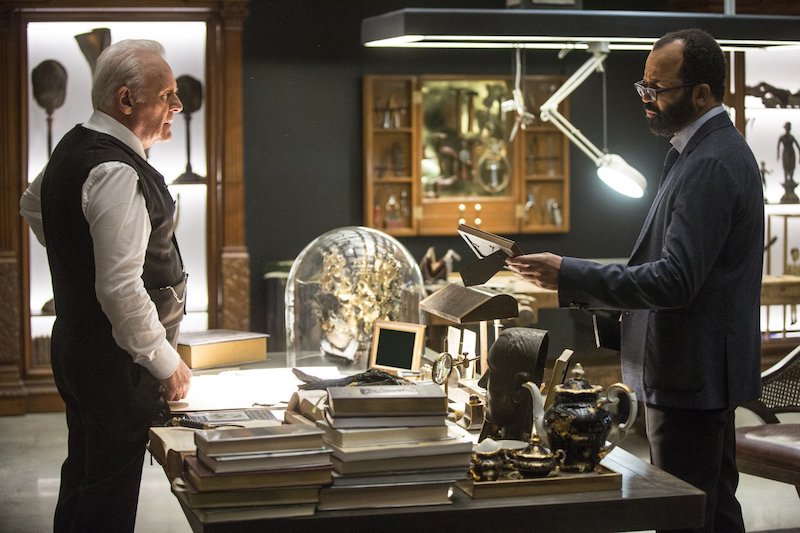 The other significant storyline saw programmer Elsie (Shannon Woodward) and head of security Ashley (Luke Hemsworth) on a mission inside Westworld to track down the “stray” of the title, which resulted in Elsie finding evidence of original, unscripted thinking from a Host who had been carving the constellation of Orion onto wooden ornaments. After finding the stray Host at the bottom of a ravine, trapped, Ashley was surprised to find that the malfunctioning robot somehow overcame Elsie’s ‘sleep’ command and attacked him, although presumably a core part of the stray’s programming prevented him from murdering Elsie and instead prompted him to commit suicide by smashing his own brains in with a boulder?

“The Stray” ended with another glitch sending the story into an unpredictable direction, as Dolores returned to her homestead to find her father murdered by bandits who’d threatened her in town. Understandably upset, she remembered being in a similar predicament with The Gunslinger (who claimed her scalp) as that earlier memory crossed over into his current role… and she even glimpsed the future of her current ‘loop’ before managing to avoid getting shot and riding off into the darkness. She arrived at the campsite belonging to William (Jimmi Simpson) and Logan (Ben Barnes), fainting in the former’s arms, so this probably puts her out of reach of Bernard for awhile. I don’t think the Westworld staff would be permitted to sneak her away if she’s embroiled in a story with paying customers, right? That would break the spell, and I’d be very unhappy if I was paying $40,000 a day for this experience. 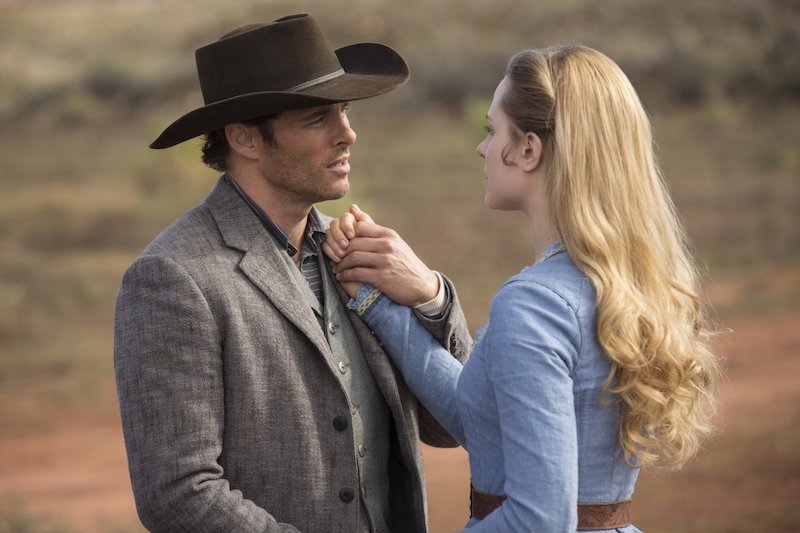 Written By
Dan Owen
More from Dan Owen
When a young boy triggers the return of lethal alien hunters to...
Read More