Marvel’s latest begins promisingly, with a funky ‘70s-flavoured soundtrack and moody shots of nighttime Harlem in glistening yellows and deep blacks. We’ve already met Luke Cage (Mike Colter) in Jessica Jones earlier this year, of course, but he feels more at home in his own storyline—working in a barber shop owned by reformed gangster “Pop” (Frankie Faison), keeping a low-profile and refusing to use his super-strength and bullet-proof skin to clean up the streets. Naturally, circumstances force Luke to accept his calling as a suburban superman, after getting embroiled in the affairs of local hood Cornell “Cottonmouth” Stokes (Mahershala Ali), owner of Harlem’s swankiest nightclub. For awhile, Luke Cage quietly sets out its pieces with an intriguing array of flawed, human characters. I was excited to see how the season would play out after just a few hours, which is why it was ultimately such a big disappointment.

Cheo Hodari Coker (Southland, Ray Donovan) is the man behind this series—a friend of The Notorious B.I.G, whose regal portrait dominates Cottonmouth’s office wall. Coker has the credentials to do something interesting with a property like Luke Cage, but the show starts to fall apart once it moves away from the soulful vibe of its first half. Seeing Luke go from unassuming “dishwasher” to a thorn in Cottonmouth’s side, as both men challenge for Harlem’s heart and soul, is lots of fun. And the show benefits from having the most defined, assured, genuinely refreshing identity of any live-action Marvel—with a modern riff on blaxploitation themes and lively use of music. 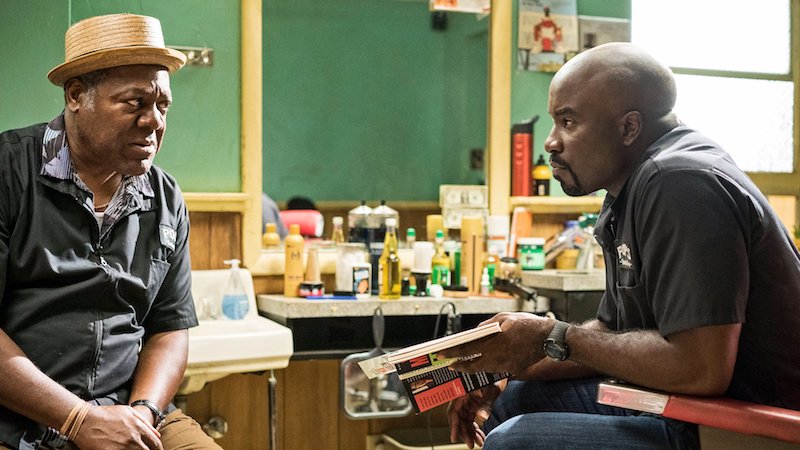 But there’s a shift of tone when the plot pivots into its latter half (after a prominent enemy’s shock demise), and it’s noticeable how the writers struggle to fill the gaping hole this creates. They introduce a more personal villain for Luke to content with, in half-brother Willis Stryker (Erik LaRay Harvey), but the story gets stupider and the acting hammier from that moment forward.

Worse, good characters are left to wilt on the vine after the mid-season shift in tone. Mercedes “Misty” Knight (Simon Missick) makes a great first impression as a NYPD cop undercover in Cottonmouth’s club, who falls into bed with Luke the night they meet. Their sex scene is actually, well, sexy, and they make a great couple on-screen… which makes it all the more annoying that Claire Temple (Rosario Dawson) wanders onto the scene halfway through to become Luke’s new love. And while I appreciate Dawson being given significant screen time in Luke Cage (having been used sparingly throughout Daredevil and Jessica Jones), it’s a gross disservice to a new character I was initially excited to see develop. 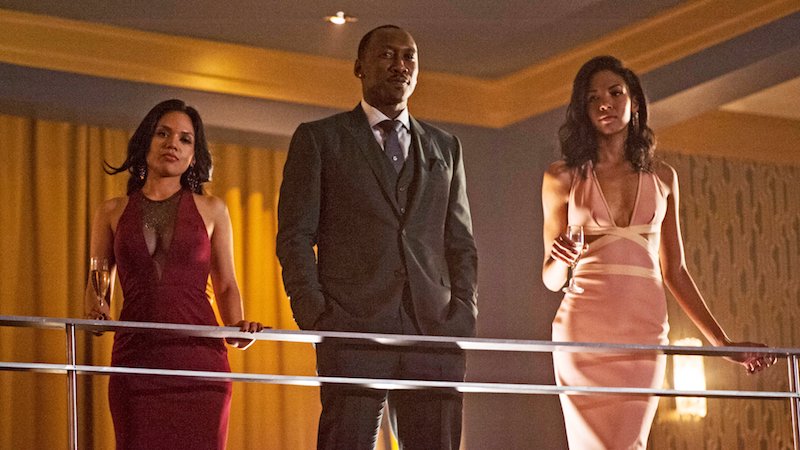 Luke Cage also suffers from a familiar weakness of all the Netflix-Marvel shows: a lack of story to properly fill 13 hours of television. Daredevil gets around the problem by having a large ensemble to fuel other subplots, while Jessica Jones approached its material with enough psychological freshness to take your mind off its narrative bagginess. Unfortunately, Luke Cage has nowhere to hide because it’s entirely focused on the street-smart ‘Power Man’ — and when it’s not your interest drops.

The cast is smaller and, frankly, the budget seems lower than its peers (or was perhaps just used poorly). There’s a tendency to have most events happen in Cottonmouth’s club, the show’s main set they seem proud of, and this gives the show a feeling of being very small in its ambitions. I know Marvel want their Netflix strand to focus on grounded superheroes who fight smaller crimes at street level, but Cottonmouth’s wealth amounts to about $7 million. I think Kingpin lost that down the back of a sofa once.

When your big finale, capping hours of build-up, opens with a notably unexciting and uncreative street brawl between Luke and a man in a skintight green boiler suit—that somehow grants him equivalent super-strength (don’t ask)—you sense something’s gone very wrong. And when the rest of the finale proceeds to coasts towards a limp ending that halfheartedly sets up another season, you know something went wrong. Daredevil and Jessica Jones also struggled with their final episodes, having lost momentum by that point, but neither to the extent Luke Cage does. 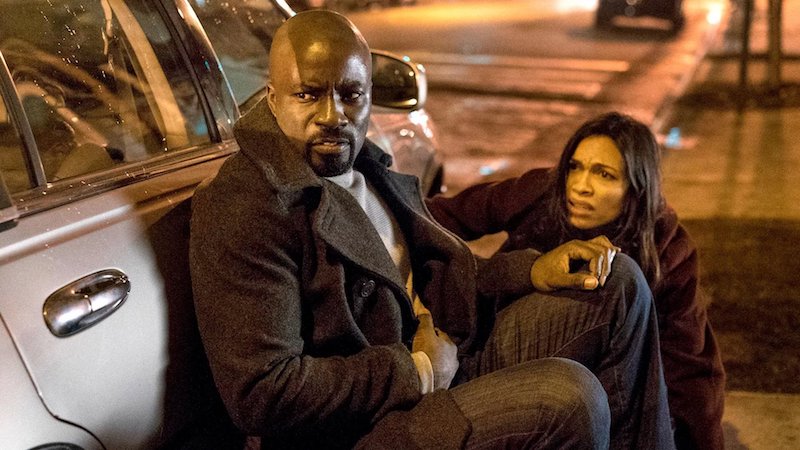 There are also some very peculiar creative decisions that needn’t have been taken, but work against the history of the character. Fundamentally, why did they decide to not make Luke a born-and-bred native of Harlem? Instead, he’s an out-of-towner who’s only been in the area for five months. Luke has a special bond with “Pops” that seems to stretch back decades, but then you remember he barely knows the guy. I’m not a comic book aficionado, but I’ve heard other grumbling from fanboys about Luke Cage now being an ex-cop with military training and suchlike. And while I’m all for changing insignificant details, or taking a different approach to keep things fresh and add greater relevance for a new audience, some things just felt like mindless alterations.

I think some of the problems stem from Cheo Hodari Coker intending the show to be a “hip-hop western”, so Luke’s been reimagined as a stranger moseying into town and causing trouble for the thugs that currently run thing. If everyone knew who Luke was already, he instantly loses his mystique, so I can perhaps understand why the character’s original provenance was altered… but I’m not sure it was worth the trade-off. Luke could’ve grown up in Harlem as a kid, but then moved away for long enough that nobody would recognise him as an adult returning home, right? 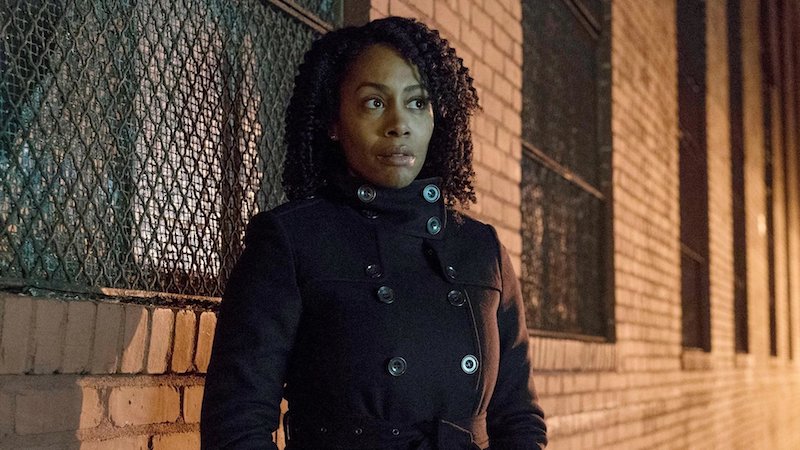 There are some huge positives within the show, thankfully, which kept it entertaining and ensured I didn’t bail when things started to go south. Colter is perfectly cast as the lead hero, bringing a great deal of depth and nuance to a role that marks a rare opportunity for a black superhero. I just wish he’d been given better material to work with, because the team behind Jessica Jones frankly did a better job writing for Colter. The writers were lucky that the actor exudes gravitas, even if asked to stare fixedly ahead—and there are plenty of later episodes where he’s reduced to limping around alleyways and being submerged in a tank wearing a respirator.

The fact most of the cast aren’t white actors also gives Luke Cage a very distinct feel, and there are some great actors on the show— like Alfre Woodard as Mariah Dillard, Cottonmouth’s cousin and a councilwoman whose crooked politics. It’s just a shame Mariah’s arc doesn’t play out with much dramatic fire or focus, as she seeks poised to become a bigger player and then barely figures into the plot. In some ways, Mariah falls prey to the same thing that sank Misty’s character: someone new turns up who draws more attention.

It pains me to say this because I love Marvel’s edgier corner of their live-action universe, but Luke Cage is an entertaining misfire that floats by on the talent of its cast and quality of its sweet needle-drops. It hears the music and creates a cool vibe, but fails to play a good enough tune of its own.

Written By
Dan Owen
More from Dan Owen
This second episode, “Stormborn”, was notable for how the past kept echoing...
Read More