All horror films have something on their mind. Beneath the scares, under the story, hidden within the concept, horror runs on its own unique and singular thought… a question which drives forth both imagination and terror. “How does the average American react to invasion?” fuelled George Romero’s Night of the Living Dead (1968). ‘To what extent does faith save those who possess it?’ inspired William Friedkin’s The Exorcist (1973). And yet the best horror goes beyond this initial thought and isn’t constricted by it. The Wicker Man (1973) might explore alienation and otherness but it’s also wild and terrifying fun; more complex ideas exist on closer examination but never smother the story.

Werewolf (Wilkolak) is a quasi-horror with a lot on its mind, but it’s not always successful in translating those into an effective story. This Polish film follows a group of youths (ranging from kids to teenagers) who’ve left a Nazi concentration camp and taken shelter in an abandoned mansion in the forest with no food or drink. The group are quick to establish leaders, shame outcasts, and fight as children are wont… but before long, a group of starving S.S dogs have encircled the building and made their escape impossible. 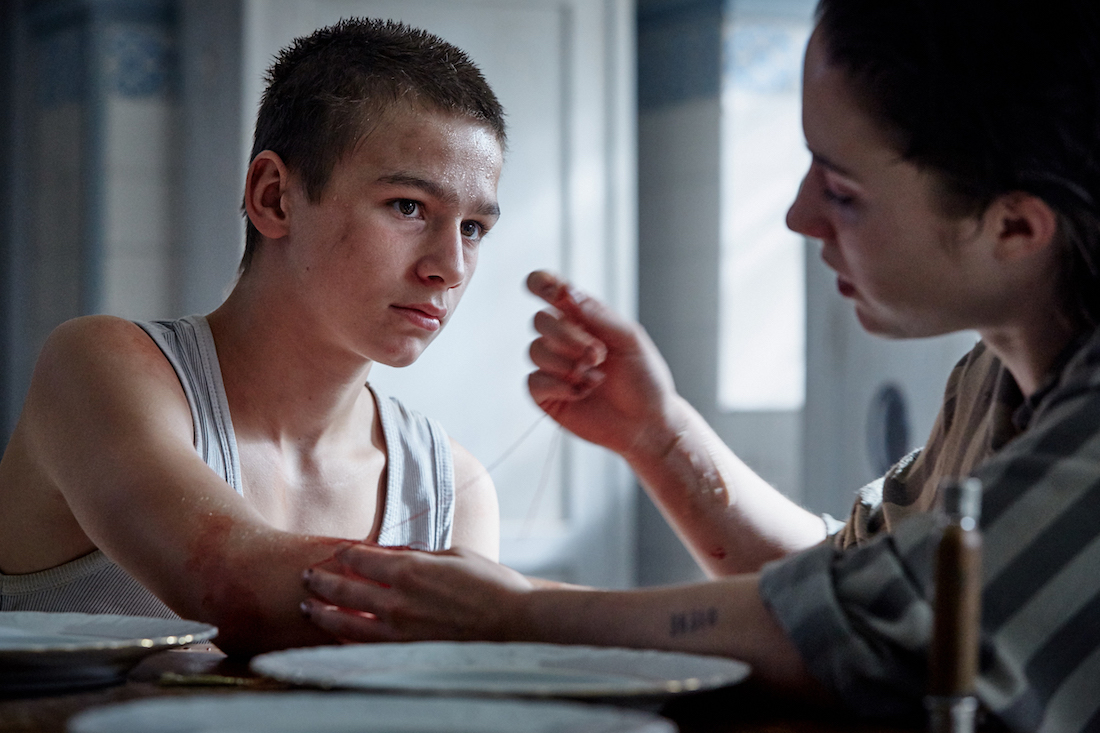 What follows is Assault on Precinct 13 (1976) by way of The Boy in the Striped Pyjamas (2008). If that concoction sounds bizarre on paper, it works better in practice. Werewolf is quick to establish an oppressive atmosphere and considered pacing which serves it for most of the runtime. Early scenes set inside a concentration camp are dread-inducing, even if they don’t feel completely original or, ultimately, relevant to the shape of the movie. Though the scenes are somewhat establishing, a different version of Werewolf—say one that borrows from mother! (2017) and is set only inside the mansion—might’ve been more claustrophobic. And as this is a film of seemingly big choices, it’s a pity it didn’t make a few bolder ones.

The interplay between the kids and their guardians is often gripping and evokes The Devil’s Backbone (2001) in positive ways, with well-defined characters playing against each other in a desolate setting. Particular kudos to Kamil Polnisiak and his portrayal of the young, troubled Wladek. He has a fascinating face that makes it seems like he’s been transplanted in from the 1930s. His character is notably the most interesting. Shot frequently in shadows, simply watching things, director Adrian Panek makes us unsure of what Wladek is thinking, or what he’s planning. He’s a frightening and engaging spectre, the most nerve-wracking kind of unpredictable. But Panek gives shades to his characters, and watching them revealed over the 90-minutes is Werewolf’s strong point. Focus is trained on the simple act of eating, be it potatoes or motor oil, and it can be enlightening just to watch these characters exist. 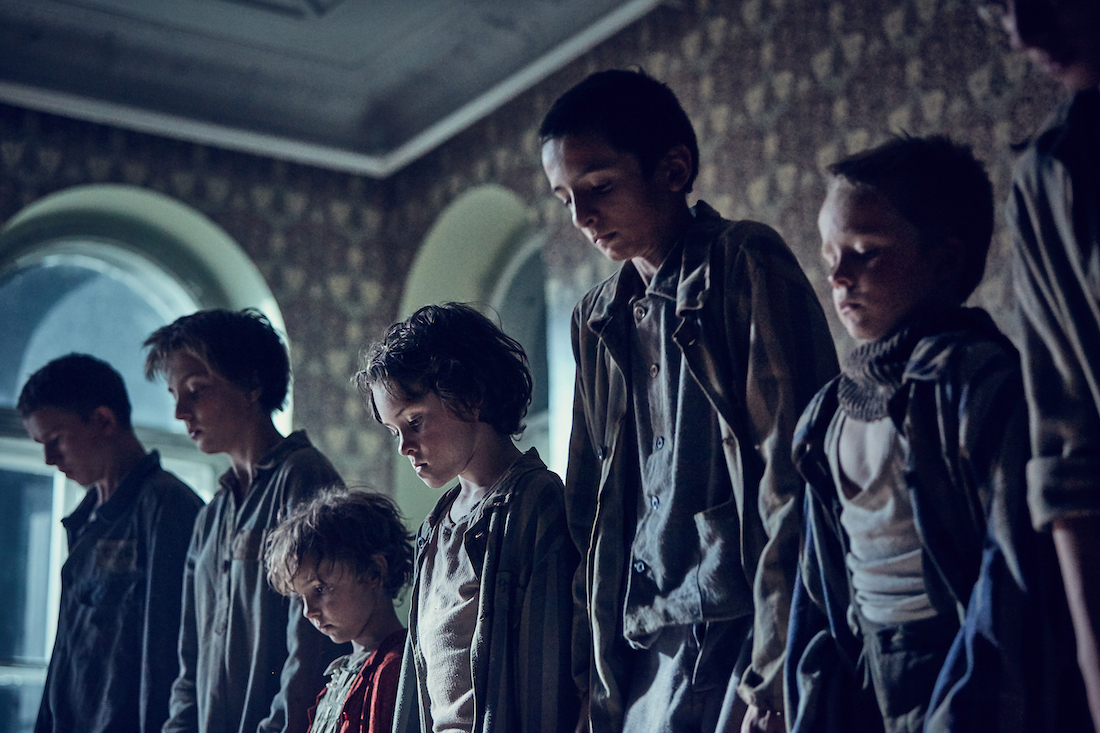 But outside of the house, lurking in the forest is a constant threat of attack. Though the actual threat is less supernatural than the title suggests, that aligns well with the film’s suggestion that evil is not alien or otherworldly… it’s human. The siege aspect of the film is never quite as strong as its character focus, however. The dogs at the door attack in repetitive sequences and Panek finds little ingenuity in these looping encounters. There’s something to be said for its lack of development in narrative terms, in that being beaten down by the horrors of war is an endlessly repeating fight, but it means the first hour of the film is stagnant and idling before it makes its final point.

The last act of the story improves greatly on what has come before it, offering up some of the film’s most engaging sequences and poignant ideas. A slow-motion charge for freedom is Werewolf’s highpoint; a tense and upsettingly fatalistic scenario that, in Green Room (2015) fashion, tells us we can’t have freedom without first going through absolute hell. Panek more openly establishes the film’s ideas in its final 20-minutes, which lead to some complicated questions. 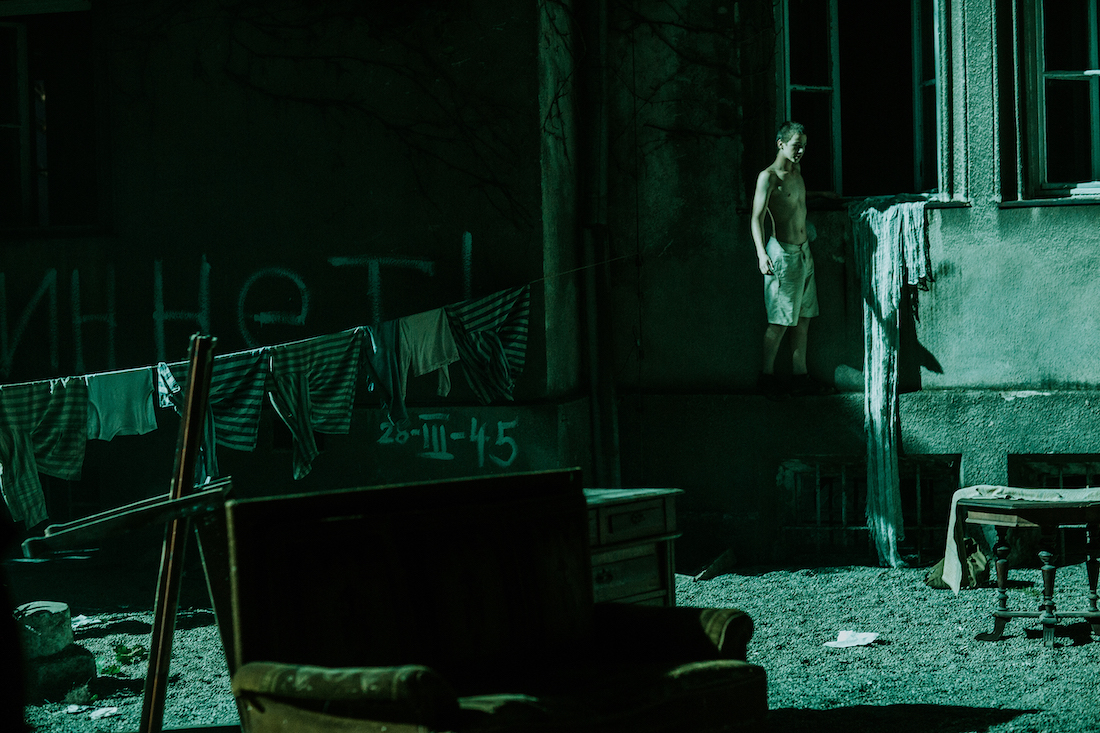 Some of it’s heavy-handed, most of it unsubtle, but the performances and earnestness are strong enough to make it effective. If the ending is optimistic, kind, and ultimately forgiving, then surely that raises questions about what Panek is suggesting. If the dogs can be trained and are just bad because of circumstances, and if they’re a metaphor for the fascists that trained them, then is Werewolf suggesting we should have mercy for fascists? Or is it hinting that, with a little grace and understanding, evil can be unlearned? Pleasingly, the film doesn’t fully answer its own quandary. It merely poses a question.

These very things, while improving the moral complexity of the piece, do negatively impact the horror. It’s as if Werewolf is afraid to be truly nasty and scary, favouring reflective pondering over something truly tough and savage. There are many moments of bleakness, but the film could do with digging its claws in deeper when attempting to present the truly grotesque. 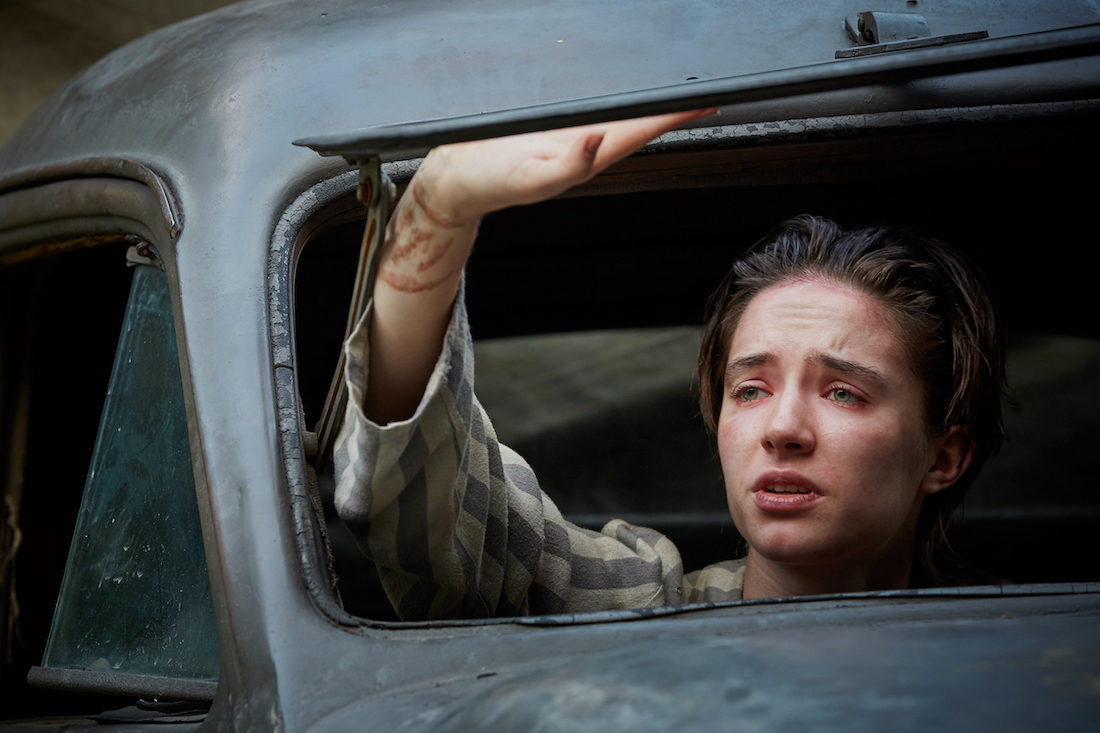 Sometimes Werewolf simply has too much on its mind to be a satisfying watch. The metaphors can be grating and stop the story dead in its tracks. In one scene, the youngest girl of the group has berries smeared strangely around her mouth, bearing obvious visual similarity to blood. Another scene sees one of the children crawling on his hands and knees towards food, like the titular animal. These visual ideas are strikingly obvious but also somewhat confusing; is it the children who are supposed to be like animals or the fascists? The film doesn’t have the incisiveness necessary to make these ideas potent, so things blur into one vague ‘message’ about animalism and violence.

A horror film with something to say is always a thing to savour. Werewolf has a fair bit to say, delivered in a manner that alternates between frustrating and quite beautiful. There are moments of genuine wonder, bolstered by the film’s empathetic heart, and an ending that lingers in the mind. As a horror movie, it’s not terribly satisfying, but as a study of a group of kids trying to keep the wolves from the door, it’s an affecting and touching story. 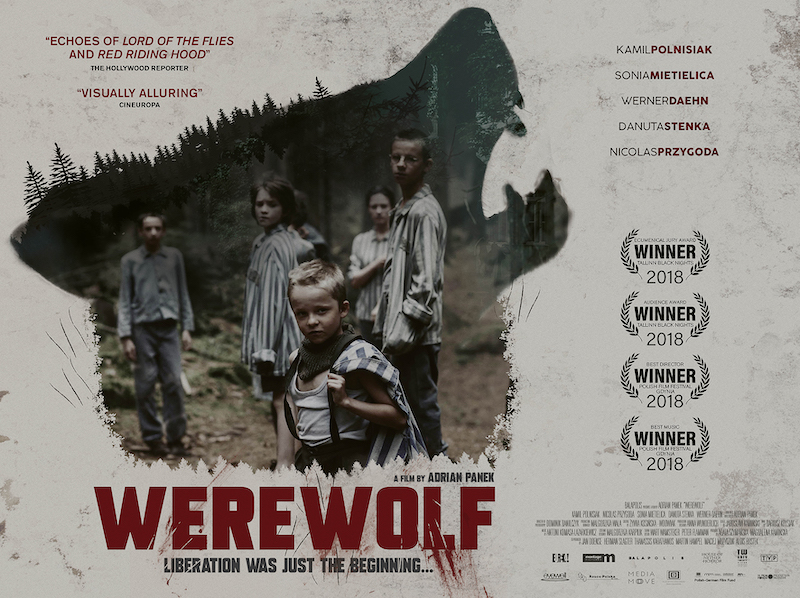