Highlander was released in North America on 7 March 1986 to mixed-to-negative reviews and little success at the U.S box office. A visually stylish sword-and-sorcery epic with a tech noir aesthetic, Highlander quickly grew in popularity on video and cable, becoming a word-of-mouth cult hit in the days before movies pre-sold themselves as cult items. The movie went on to spawn three less-than-beloved sequels and a popular TV series, and still has plenty of fans today; if you were to make a Venn diagram with one circle representing RPGers and another for stoners, Highlander would certainly be a common element. Is Highlander better than the pans it received in 1986? Sure. Is it an unheralded masterpiece of genre cinema? No. Since it turns 30-years-old today, and that’s a round number, shall we spend a few paragraphs celebrating the saga of the Immortals so that we might temporarily distract ourselves from our own mortality and the inevitable passage of time? Why not.

We’re introduced to the film’s hero, Connor MacLeod (Christopher Lambert), at Madison Square Garden in 1985, where he leaves a wrestling match to duel with an unnamed foe in the parking garage. As Connor lops off the other guy’s head, the garage is filled with blue bolts of electricity. It’s an opening that throws us into inexplicable supernatural business before we’re given any context, and it works better than it probably should. As the plot alternates between the then-present day and flashbacks to 16th-century Scotland, we learn that Connor is an Immortal—formerly of the clan MacLeod—who discovers his nature after he miraculously survives being mortally wounded in battle by another Immortal, the Kurgan (Clancy Brown). Eventually, he befriends another Immortal, Ramirez (Sean Connery), who trains him in the ways of being an Immortal, explaining that only an Immortal can kill another (by decapitation) and take their power (called “The Quickening”), and that someday “the gathering” will happen until there can be only one, who will take “the Prize…” 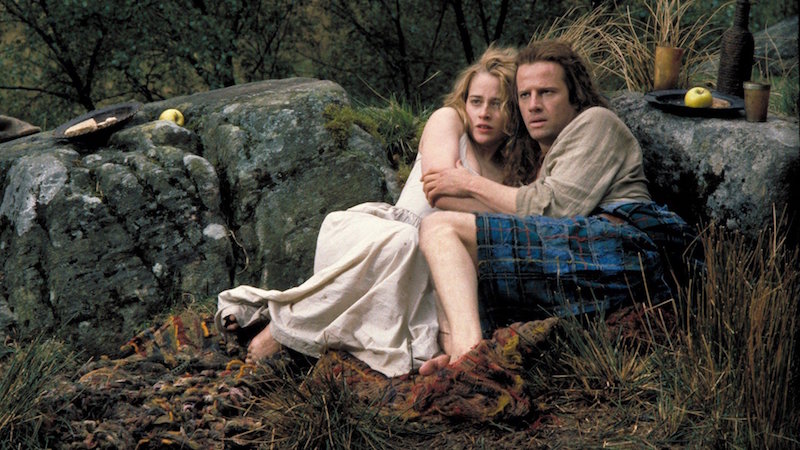 I feel like I’m wasting my time and yours in trying to describe Highlander’s mythology. The idea is that one guy kills another guy, and so on and so forth, until there’s only one left. It’s better not to put too much thought into it, as Highlander’s co-writer, Gregory Widen (who originally conceived of the movie as his senior thesis at film school), clearly didn’t. The best of the many fantasy epics released in the ’80s were invested in exploring the archetypal nature of their characters and the worlds they inhabit. Highlander isn’t—the mythology is a pretence for cool-looking sword-fights between centuries-old warriors in trenchcoats. Trying to track its internal logic is as fruitful as wondering why, in a movie that largely takes place in Scotland, Sean Connery was cast as an Egyptian named Ramirez. 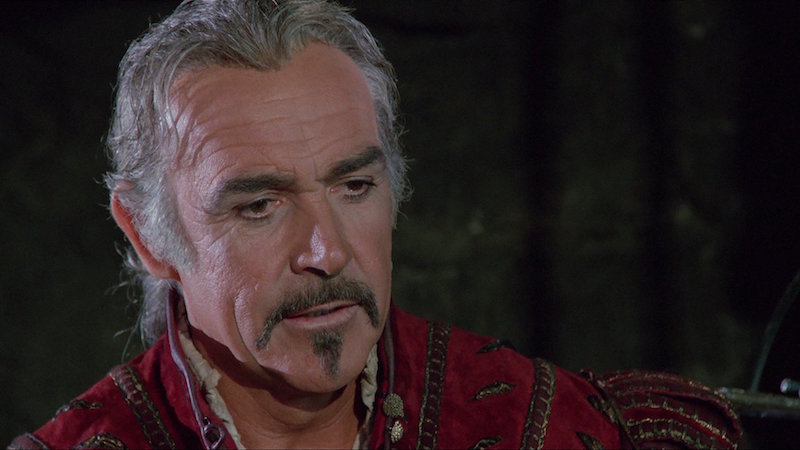 Though Highlander isn’t exactly worthy of Tolkien in its world-building, it’s still thoroughly entertaining thanks to director Russell Mulcahy, whose previous work (besides the underrated killer pig movie Razorback) was in music videos. Among his credits were multiple videos for Duran Duran and Elton John, the Buggles’ “Video Killed the Radio Star”, and, my personal favourite, Bonnie Tyler’s “Total Eclipse of the Heart.” His slick aesthetic is a great fit for Highlander’s hodgepodge of aesthetic influences—Brown’s villainous Kurgan wouldn’t look out of place fronting a metal band, while the present-day MacLeod is like The Terminator’s Kyle Reese with a Katana. Visually, this might be the quintessential ’80s movie; every duel is bathed in smoky diffused light, the movie’s contemporary scenes take place in the dark, squalid vision of New York familiar from countless other ’80s flicks, and the sex scene between MacLeod and the movie’s barely-developed female lead (Roxanne Hart) is tastefully backlit. And the movie’s climax is a light-show punctuated by animated demons, a levitating Christopher Lambert, and exploding windows. When I was a kid, a local TV station used a shot of the ending in a montage of clips scored to an Enya song. It made as much sense in that context as it does in the movie.

As much as I’m poking fun at Highlander, I can see why it still has a devoted fan base. The premise boils down so much of what’s at the heart of many fantasy stories to its essence, allowing us to imagine ourselves as an un-killable badass who spends centuries in a high-stakes game of tag (with plenty of time in between to bed a series of beautiful women). And it’s as visually striking as ever, with many shots that easily be blown up and framed next to a black light poster of a dragon in a stoner’s basement. Some genre favourites from the ’80s have aged well, while others are embarrassing to revisit; Highlander, which was never considered a “great” movie, remains as shamelessly entertaining as it ever was. Revisited 30 years later, it’s easy to see why, in Talladega Nights, Ricky Bobby referred to it as having won the Academy Award for Best Movie Ever Made.

Note: My star rating does not reflect Queen’s contributions to the movie’s soundtrack. The Queen songs get five stars.