Alex Mullane attended the UK premiere of AMC's new historical suspense drama THE TERROR, and reported back on the event and his first impressions...

In 1845, two ships left England to chart the North West Passage through the Arctic Circle, hoping to open up trade routes to the other side of the world. Led by Captain Sir John Franklin, the HMS Terror and HMS Erebus never made it out of the ice, and none of the 129-strong crew were never seen again.

The enigmatic mystery of what befell the men turned this ill-fated voyage into a legend, and a new historical suspense horror from AMC (airing on BT in the UK) called The Terror imagines what might have befallen the doomed expedition… 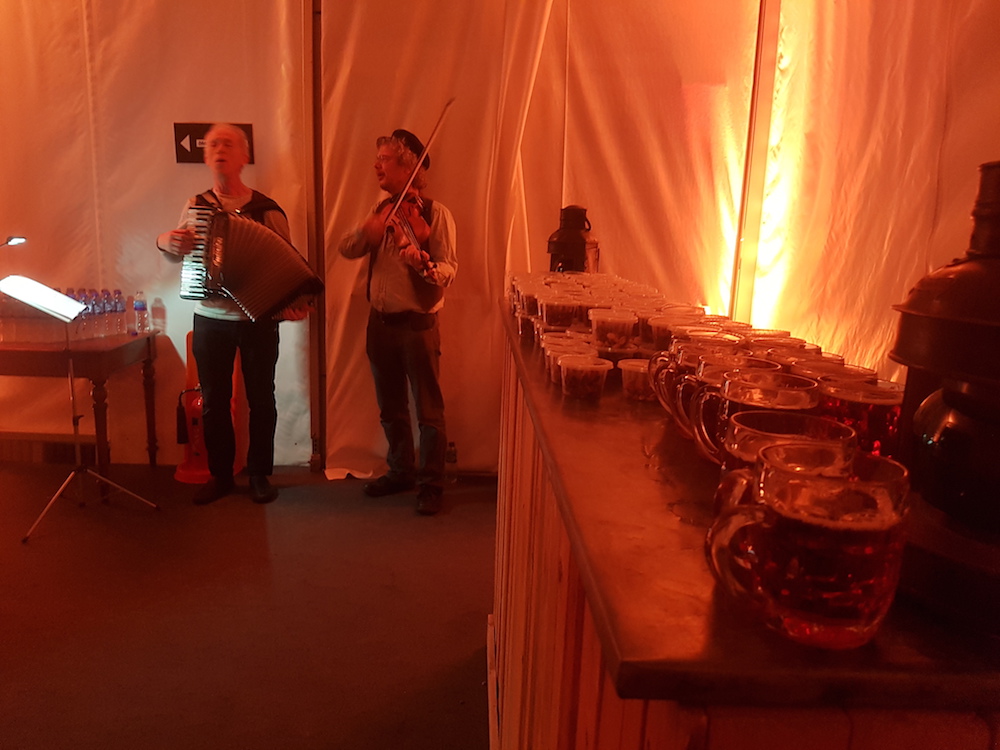 Based on Dan Simmons’ 2007 novel, The Terror presents dual horrors. The first being the dread of being trapped in the middle of the frozen Arctic sea for years on end, when springtime thaw refuses to come. Based on evidence discovered by search parties, we can reasonably assume some of what really happened to the crew, making this a startlingly accurate depiction of a nightmare existence out on the ice, where everything from crew tensions to the threat of scurvy and frostbite made life a living hell.

The second horror was invented by the author, who injects a dollop of the supernatural into the story – an unusually large “polar bear”, and a shamanistic Inuit, amongst others – to help fill in the blanks.

For a TV drama about an expedition to help open up the planet, what better place for the UK premiere than the Royal Geographical Society in London.

This famous institution is Britain’s “learned society and professional body for geography”, founded in part by John Franklin himself. One wonders what he might have made of the horde of journalists, actors, and showbiz insiders traipsing around in his hallowed halls to watch a half-fictionalised drama based on his exploits. 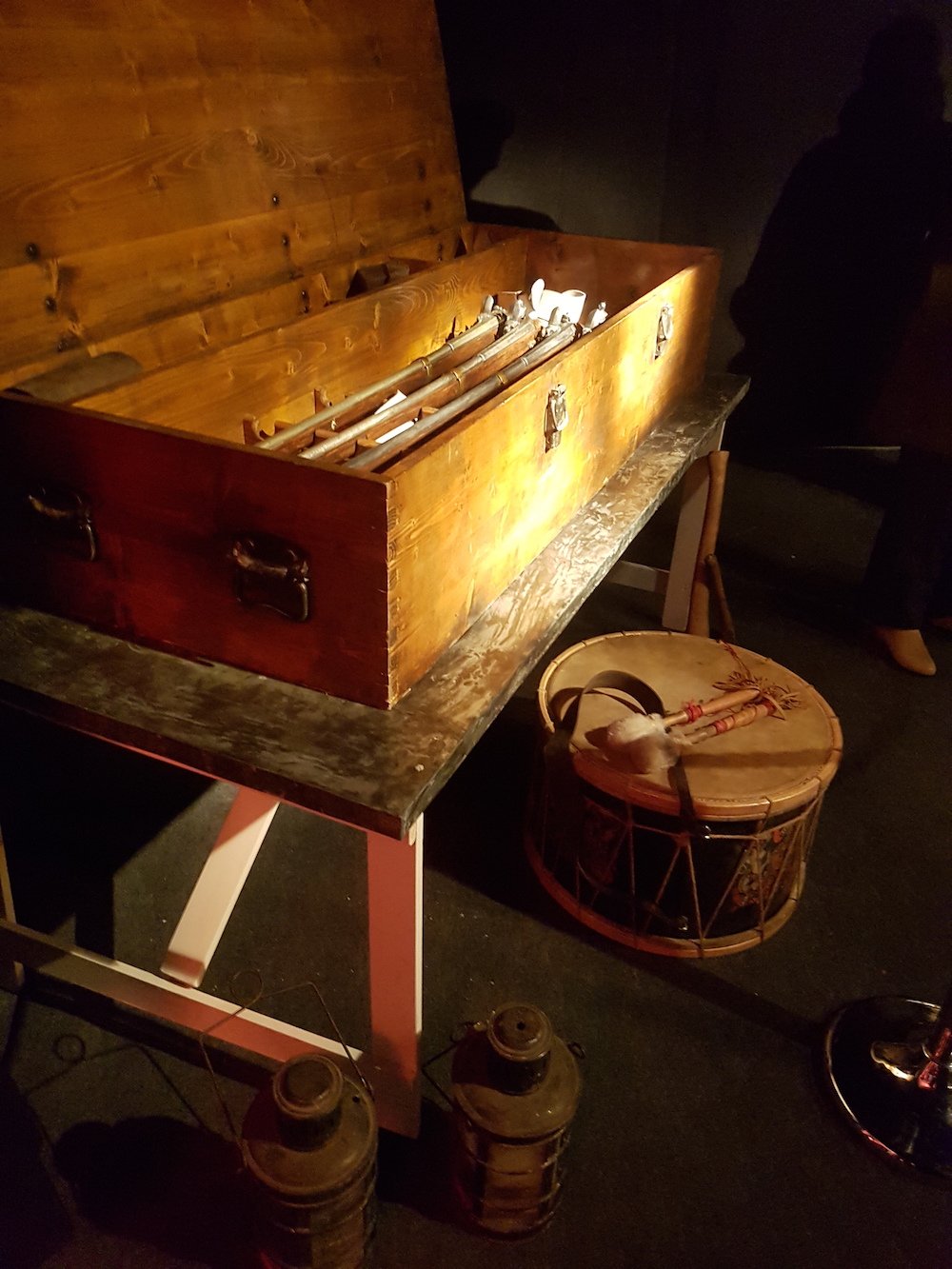 He’d likely approve of the many portraits and busts of now-legendary explorers that hang on walls and adorn the building’s wooden corridors.

All-in-all, you couldn’t hope for a more perfect setting for a show like The Terror — and two old salts performing sea shanties up on the balcony only add to the flavour.

Even more appropriate, especially given one pivotal event to come later in the series, is that the screening takes place in a large marquee in the building’s courtyard, days after my fellow countrymen had suffered through the ‘Beast from the East’ winter conditions.

While it doesn’t compare to the astonishingly cold climes of the Arctic Circle, blankets were still provided to stave off any chill (not to mention small tankards of ale) and the sense of hiding from the elements only enhanced the chilly atmosphere generated by The Terror. Props and costumes from the series, as well as specially made period ‘portraits’ of Hinds and Harris in character, are also on display, giving the eerie sensation that the lost explorers themselves were standing revenant over the evening. 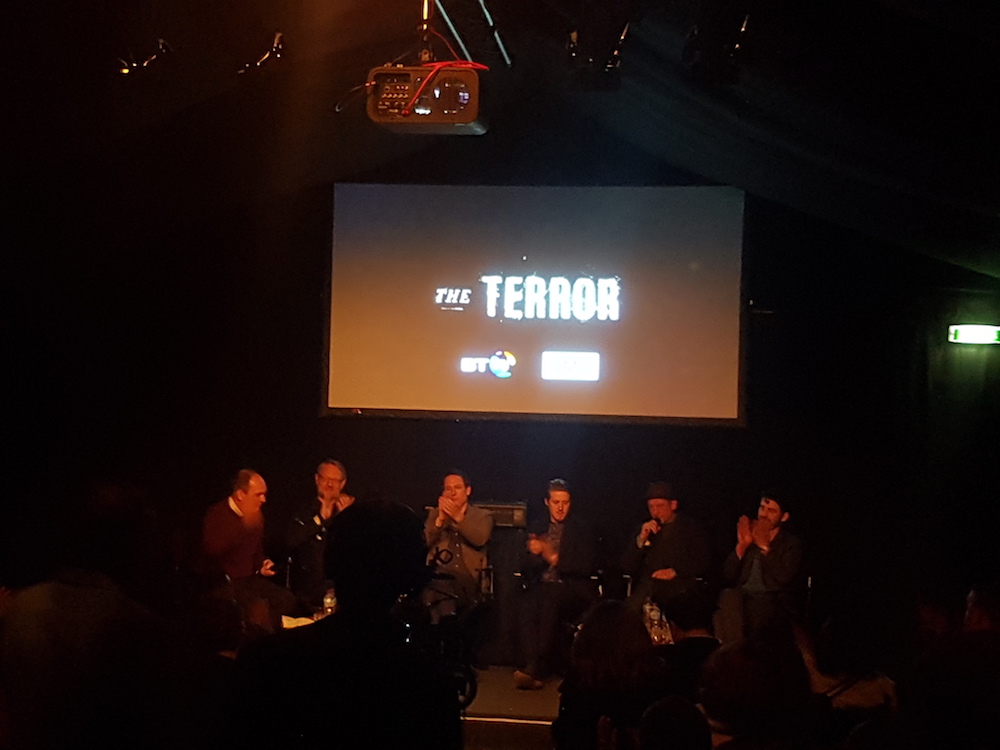 We were shown the first two episodes, and overall The Terror makes a strong impression, and is remarkably faithful to both real history and Simmons’ novel. Jared Harris takes the lead as Captain Francis Crozier, second in command to Ciaran Hinds’ John Franklin. Also along for the ride are Tobias Menzies as James Fitzjames, Franklin’s confidante; Paul Ready as ship’s surgeon Dr. Goodsir; Ian Hart as Ice Master Blanky; and Adam Nagaitis as the sly Cornelius Hickey.

The casting is near-perfect, and despite a ‘curious’ Irish accent from Harris, the performances across the board are very good. The feel of the period is brilliantly conveyed, and both the ships and the scenes set upon the ice — not to mention the juxtaposition of the frozen white wastes with a lavish gold-laden regency England we see via flashbacks — are all entirely convincing.

Most striking of all, though, is the show’s incredible sound design. Whether it’s the creaking of the ships or the cracking of the ice, the wind howling or feet crunching on snow, The Terror’s soundscape is what truly brings this drama to life. Equally effective is the show’s approach to horror, as mysterious visions and an eerie atmosphere descend on the expedition like so much freezing fog.

The terrors that the crew encounter aren’t sensationalised in the slightest. There are no jump scares or surges of music to indicate when A Frightening Thing Is Happening. Rather, the series presents confounding, unsettling imagery in a matter-of-fact way that makes it all the more disturbing. That the ethereal things they glimpse could simply be a trick of the light, or a symptom of the pressures of their ordeal, only adds to the unease. 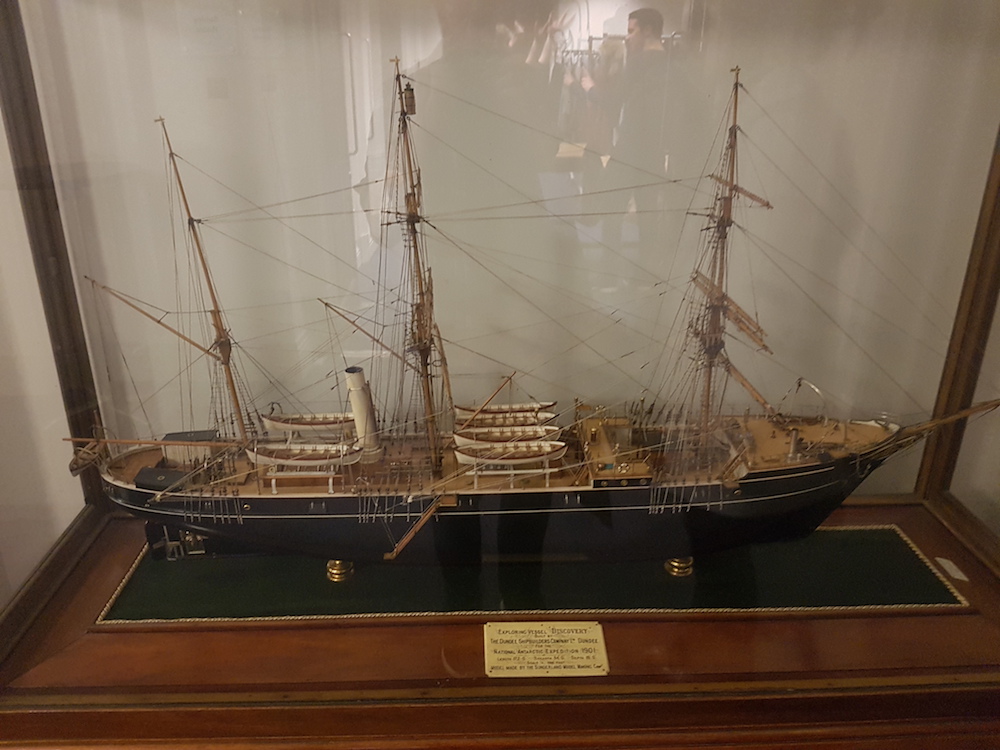 The second episode isn’t as strong, and it may take a while for some to work out exactly who’s who (thanks to a lot of similar-looking men in near-identical costumes), and for certain naval practises to become clear, but on the whole The Terror is a historical horror that succeeds on both fronts. The series should be an attractive prospect to academics as much as genre aficionados.

A classy cast, high production values, a self-contained story, and the frightening knowledge that much of what we see is what the poor souls of Terror and Erebus actually went through, make for a compelling and haunting new drama. The early going does a great job of balancing the fact and the fiction — how well it continues to do so will be crucial.

The Terror casts away on 24 April 2018 at 9pm on AMC, BT TV channel 332/381 HD, with a two-hour premiere, exclusive to BT customers. BT Sport Pack customers will be able to watch on Sky Guide channel 192.

Written By
Alex Mullane
More from Alex Mullane
50 years ago, a gunman rode the elevator to the 27th floor...
Read More