If the first season of True Detective felt like the work of a TV writer who’d read far too many novels (with its heavy doses of Lovecraft and Chambers), then season 2 feels like the work of one who’s watched too many movies. It’s peppered with the lewdness of Lynch and the atmosphere of Polanski, with the noir of Hanson and the weirdness of Kubrick—all shrunk down to fit the small-screen, but never brazen enough to pass as melodramatic ode.   We ended last week with Ray (Colin Farrell) requesting—in the only way Ray can request anything, curled fist banging on a door—an audience with permanently frowning Frank (Vince Vaughn). Ray wanted to discuss the intensely gruesome scenario that once led him to killing the man, the wrong man, who’d allegedly raped his wife—following Frank’s fraudulent information.

Their tête-à-tête was taut and dimly lit, straight from the Tarantino School of Confrontation: a gun-stroking showdown soaked in a slow eroticism, and like most moments this season it led to a frustratingly limp resolution with Frank and Ray not fighting, but figuring out a compromise and parting company with pouts and half-empty coffee mugs.   Later, Ray dives into a mad explosion of rock n’ roll, drugs, and booze—lamenting his murder of a man who didn’t commit a crime, and the frazzled relationship with his son that sees them slumped in front of sitcoms and a scribbling social worker. He gave in to temptation and tore himself to pieces, before giving up everything—including custody of his son. 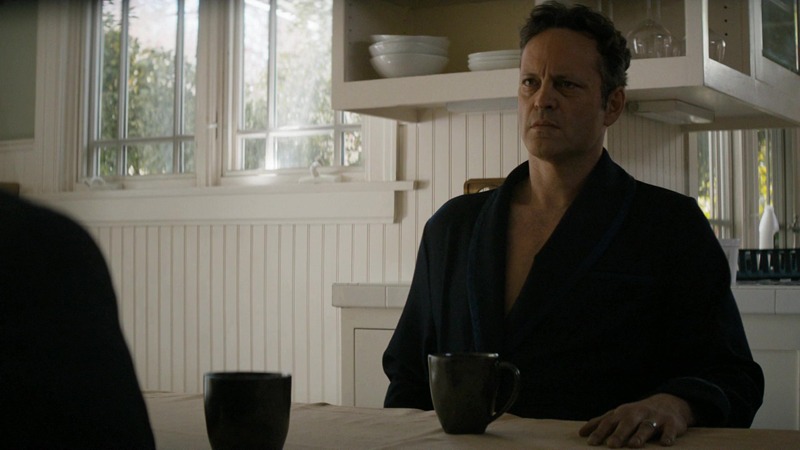 You want out? You’re free. You ain’t had the nerve for this for a while.

It’s another scene in a strange season that consistently falls in on itself—from Paul’s (Taylor Kitsch) pathetic proposal, to Frank’s submission to crooked life—our heroes are fine with falling, fine with failing. This sense of a doomed fall is writ large with the last scene of the episode: mixing all the aforementioned directorial maestros into an elongated, orchestral, elegant orgy of angst and violence, featuring Ani (Rachel McAdams) disguised as a prostitute in an attempt to infiltrate the underground high-class parties that’ve been the whispered core of this year’s story. This was the moment we’ve been waiting for. It’s an extraordinary departure point for this season, too—sharper but shakier, spookier but straighter, weird but wonderful. There’s blood and tears, breasts and tuxedos; and for the first time a sense True Detective needn’t nudge at its influences and land lamely on a platitude, but grab them by the throat and steal their shiny teeth.

And although the homage to seedy cinema, evident in set pieces like this, has allowed this contemplative and laborious season to occasionally pop and fizz with nostalgia (‘that’s a bit like Chinatown’, ‘isn’t that very Goodfellas’?, ‘wait, that’s like Fire Walk With Me’), the arc of the story’s otherwise lacked cinematic scope or sensibility.   Missing the skilled wiliness of Cary Fukunaga’s camerawork from last year, it’s apparent this is just a television show this time around—not the subversive, inside-out, time-shifting, genre-busting think-piece of season 1.   Nobody will be going to Halloween parties dressed as Ray Velcoro (especially now he’s shaved the moustache).   Once you’ve made your peace with that, it turns out that it’s actually a half-decent television show, too. And this week, Pizzolatto began to give up on the soul-sucking spirit that slow and steady’ll win the race. In fact, I’m not even sure if this is a race to anything that resembles a finish anymore. It might just be a marathon with no end.   Look at the loneliness of these long distant runners… there’s no light at the tunnel… there’s not even a train.

In the first season, our detectives kept sneaking down blind alleys before being confronted with a monster; in this second season, our heroes can’t stop running into monsters, and you sense their end will be a blind alley. Maybe the best conclusion for True Detective would be the worst-case scenario for fans of resolution: cause of death, inconclusive.   Like my colleague Sarah Hughes suggested last week, this is very much a show about… nothing. It’s Seinfeld with single malt. And these characters… trapped in a hot, hazy Hell… seem condemned to endure lives of endless tragedy. A high five and a black coffee after figuring out the case of Caspere would feel like cheating now.   We’re back in the car, on the road to nowhere… and I’m sitting up front dragging on my e-cigarette. 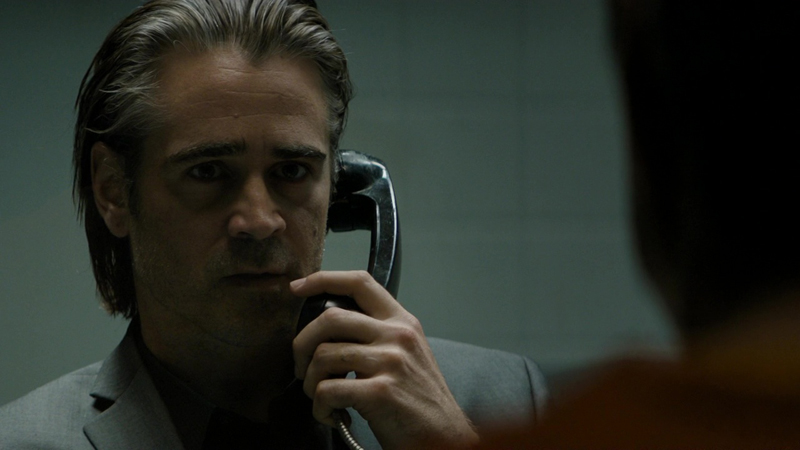 On the ropes ain’t the same thing as bleeding out.

—says Frank, unintentionally foreshadowing some slick knife play in the final act that revealed just how close the two can really be.

The “Mexican stand off with actual Mexicans” was a magnificent bit of macho irony; plus a knowing nod to the men vs. men trope that defines Pizzolatto’s writing.