Well, Humans certainly isn’t dragging its heels now, is it? Unsurprising, perhaps, given that this is the penultimate episode, but the level of incident was ramped up drastically. This hour wasted little time in revealing the show’s big remaining mystery: that DCI Karen Voss (Ruth Bradley) began her “life” as a synthetic replication of Leo’s deceased mother, created by David Elster to fill the void left by his real wife’s suicide. It’s a reveal that finally brings Voss into the main narrative, and her backstory makes her the most inherently creepy—and, perhaps, most tragic—of the conscious Synths. The notion that Elster implanted a code that renders Voss incapable of suicide is particularly ghastly.

Voss immediately found herself at odds with the rest of her Synth family. Voss’s hard life had led her to believe Synth consciousness can bring only pain—for them and humanity—whereas the more pleasant upbringing of Fred (Sope Dirisu), Mia (Gemma Chan), et al, has them championing their right to exist as sentient beings. It’s the sort of provocative conundrum that Humans excels at, and it’s impressive that even after barely an hour of knowing who or what she is, the moment when Voss comes face-to-face with her “son” still manages to hit like a ton of bricks, and Leo’s (Colin Morgan) horrified, powerless reaction provides the actor his best moment of the series. 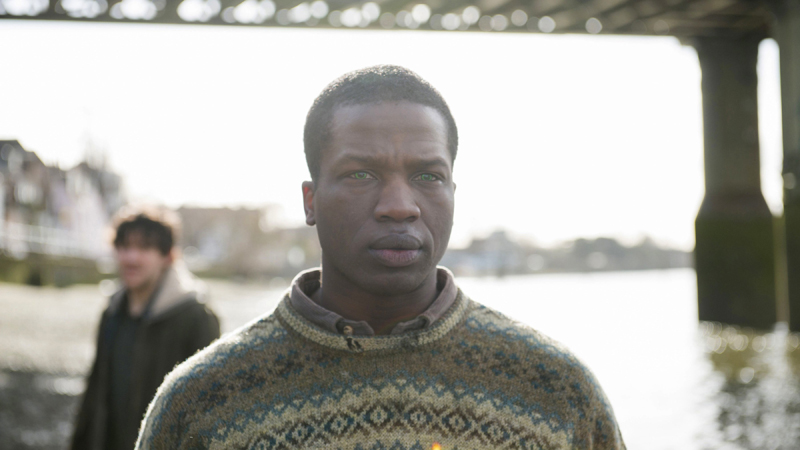 Another moment that packs a powerful emotional punch is the death of Dr. Millican (William Hurt), even as—yet again—the action sequence leading up to it let the show down. The tussle between Niska (Emily Berrington), Vera (Rebecca Front) and George is horribly choreographed and appears to take place in slow-motion. That such a sloppy piece of directing leads to one of the show’s most affecting moments is a real shame, but let’s not take anything away from the aftermath: George Millican’s death was a real gut-punch. Odi (Will Tudor) staggering to the stairs, to sit with his dying “father”, was heart-breaking enough, but his matter-of-fact delivery of “you’ve died, George” was simply devastating.

In (arguably) better news, it turns out that Max’s (Ivanno Jeremiah) sacrifice last week wasn’t the end of the likeable Synth. Death scenes like Max’s plunge into the river often feel like a cheat when they’re reversed—a manipulative way of exploring a dramatic death without actually killing anyone—but at least here his salvation isn’t total. Leo may have pulled Max out of the river, but he’s been powered down for so long that he’s effectively brain damaged. It’s poignantly sad to see Max—whom we know as a man—effectively reduced to a regular Synth existence, more akin to stuttering Odi than Mia or Fred. That iconic, winning smile of Jeremiah’s has never been more heart-rending then when unleashed, vacantly, here… but is there enough still left in him to gain access to his share of the secret to synthetic life?

In the Hawkins’ household, Joe’s (Tom Goodman-Hill) run of doing the wrong thing continues unabated, as his ill-advised call to the police last week comes to light, while Mia confronts him with the fact that she was present for her entire time within the Hawkins—conscious and aware, even during the awkward sexual encounter with Joe. It’s a skin-crawling proposition, but she doesn’t appear mad. She knows that, for all the Hawkins knew, she was just Anita the unthinking machine. It’s a horribly unprecedented scenario that Joe could never have predicted, and she seems more understanding of that than his family are. 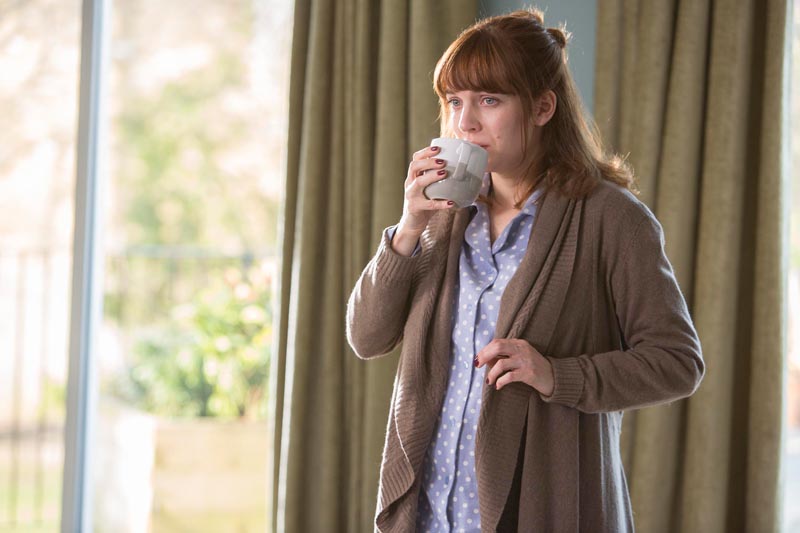 The twin family dynamic that plays out through the episode—with the Synth and Hawkins families occupying the same place—is fun to watch. Joe and Fred’s discussion of fatherhood and how to be a good dad felt a little on the nose with disillusioned son Toby (Theo Stevenson) present, but perhaps that was the point. Much better was spiky Niska’s bonding with little Sophie (Pixie Davis), who rather touchingly teaches her how to play like a child. The softening of Niska has been a good arc for the character in recent weeks, and Emily Berrington’s bafflement and later enjoyment of Sophie’s games was a delight.

The real treat, though, is simply having most of the main cast in the same room for the very first time. There was an undeniable thrill seeing all the Synths together with the Hawkins; and with Voss and Hobb (Danny Webb) joining at the end, all the seemingly disparate threads of Humans were tied together masterfully. Well, all except one: Neil Maskell’s Drummond has become increasingly superfluous to the main plot, and one begins to wonder what the point of him is. We’ll give the show the benefit of the doubt and assume that, as the only principal character not at the Hawkins residence, he’ll have an important role to play in the finale.

Hobb’s incursion into the house, shot in slow-motion to emphasise the drama, was an intense way to set up next week’s finale. Keeping the Synths under control seemed fair, but seeing the Hawkins children forced at gunpoint onto the floor was a startling image. They all seemed pretty defeated by the time the screen went black—but just how far will the Synths go to fight for their freedom?

Humans has done a marvellous job of slowly bringing all its characters together in convincing ways, and always maintained a hold on the show’s fascinating themes, with every episode featuring discussions and debates about what constitutes a person—a life—without ever feeling like it was shoe-horning in its subtext. When Humans returns—and given its success, that feels very likely—it would be wonderful if the show were somewhat better directed, particularly when it comes to dynamic or action-orientated scenes. But, for now, things are tantalisingly setup for the finale. And it seems unlikely that all of the Humans—be they man or machine—will be walking away from it in one piece…