We live in a world where there are more television shows than you can possibly fit into your life. It’s a struggle to stand out in today’s over-saturated marketplace, but streaming services like Amazon and Netflix are managing to develop shows that create online buzz, while offering greater flexibility and creativity than more traditional outlets. Step forward your latest TV addiction: Amazon’s comedy-drama Patriot, starring Michael Dorman (a mostly unfamiliar face outside of his native Australia), which over 10 episodes offers a unique spin on the spy thriller that’ll hook you from the first episode.

Patriot isn’t a show that strikes you as must-see, but by the end of the premiere you won’t be able to walk away without knowing what happens next. It’s a series that always surprises and manages to be clever, humorous, and dramatic all at the same time. Once it really finds its groove a few episodes in, and you truly understand its dynamic and tone, Patriot can sit proudly alongside the best Amazon has to offer (The Man in the High Castle, Goliath, Sneaky Pete), but it’s a drama that deserves not to get lost in the shuffle. 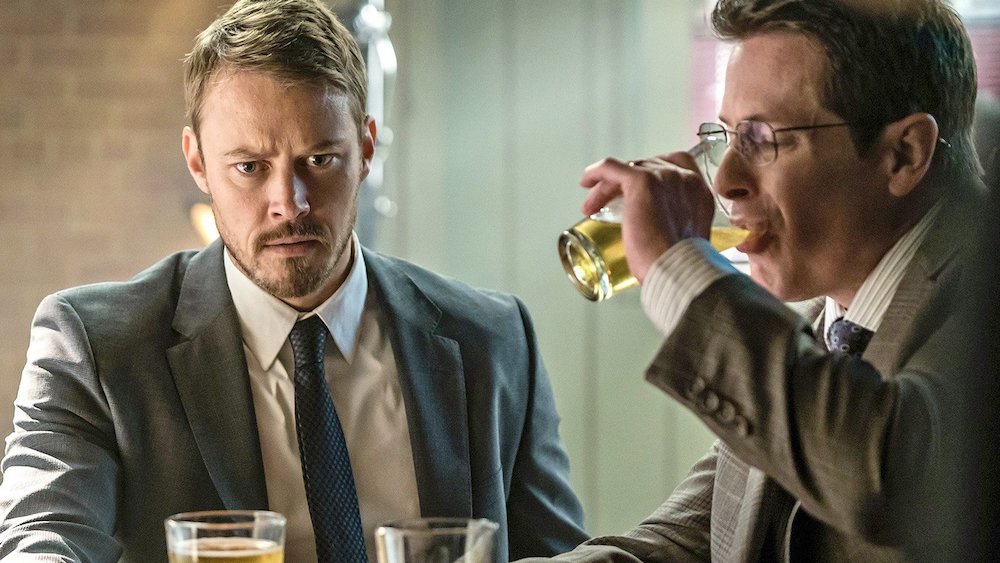 John Tavner (Dormer) is an intelligence officer facing an internal struggle about who he is, what he does for a living, and how he goes about it. He’s good at his job, and he knows it, but there are emotional tolls with his wife whom he’s constantly leaving behind. His bond with Alice (Kathleen Munroe) keeps him grounded and forms much of the show’s sentiment. She knows what he does — sort of — and looks to support him from a distance, but it becomes more challenging as time goes by. She trusts her father-in-law Tom (Lost’s Terry O’Quinn) to keep an eye on her husband, and to let her know if he ever needs her, but, needless to say, the mission we follow John on is one that tests both him and his marriage.

The core story has John taking up an undercover position at a piping firm. Here he meets Leslie (Kurtwood Smith), a man with little tolerance for ignorant and inadequate people. Unfortunately for John, he manages to fall exactly into that description. A good spy apparently doesn’t make a good piping firm employee, and much of our time is spent watching John fail miserably but desperately try to maintain his cover. When I say desperately, I mean really desperately. Tom expects his son to do anything necessary to continue the mission, and that throws up some truly surprising and shocking scenes. 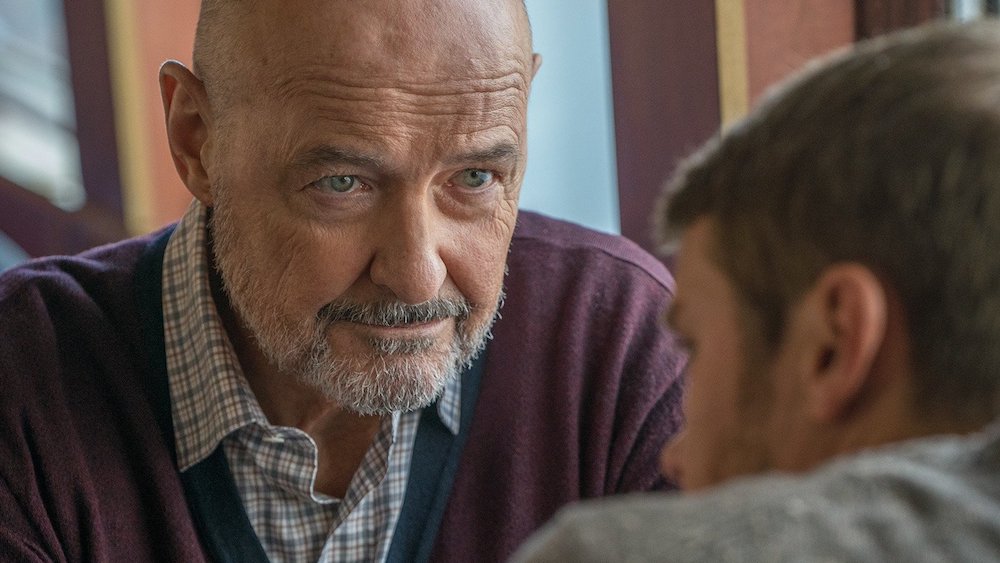 Patriot never steps too far away from its comedic roots, however. Despite numerous moments of drama and violence that could be a little OTT by themselves, we always have quirky and amusing moments to balance things out. The songs may seem a little random, but like a lot of what we see in Patriot, they end up playing a far greater role down the line. There’s something a little Breaking Bad about Patriot in its fine attention to detail, with very little wasted motion and pay-offs that always arrive regarding even with the smallest thing. The writing is very clever, almost too subtle in places, which means the show lends itself to a repeat viewing just to see how it all fits together. Such complex storytelling requires a top quality cast and Dorman, O’Quinn, and Smith are more than up to the task.

In moving the story back and forth between the US and Luxembourg, we’re treated to differing visual styles and locations, and what starts as one job existing to allow the other turns into a clash of worlds as matters progress. John’s past catches up with him, and the present turns messy with the introduction of persistent Detective Albans (Aliette Opheim) — who develops more than a passing interest in our mysterious protagonist. John struggles to keep himself together, which is too much for him alone, which is why he relies on his brother Edward (Michael Chernus) and friend Dennis (Chris Conrad) to help him through sticky situations. Patriot rarely eases up and there’s always a reason to be perched on the edge of your seat. 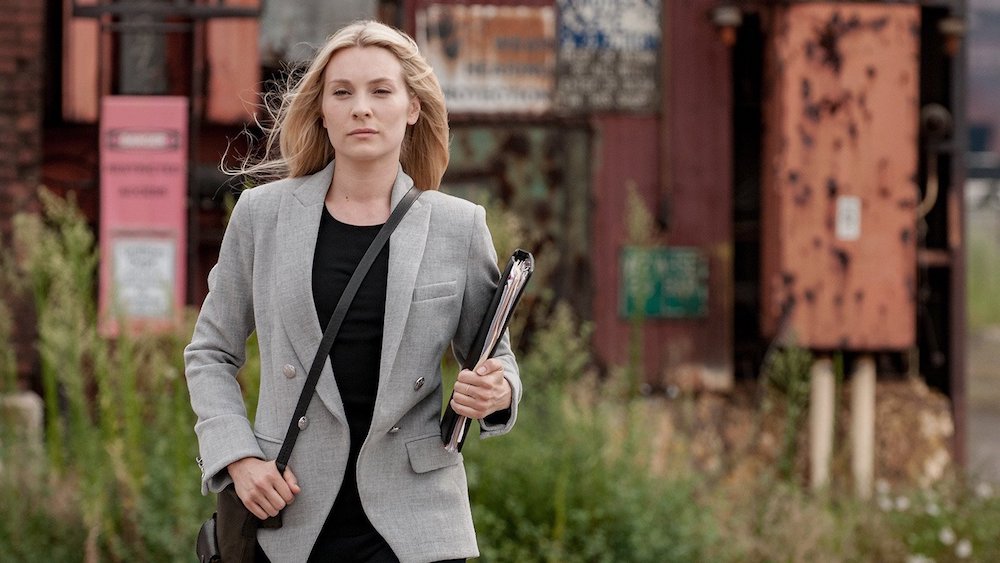 There are many highlights over this first season, but it’s the character relationships that really hook you. Every scene Dorman shares with Smith is dynamite, while the battle between John and Albans is one of intrigue and always managed to keep you guessing. The Tavner family dynamic is unusual, to say the least, and you’re left questioning just how far John’s dad will push him to accomplish his mission — as well as how much Alice is willing to let her husband get into. Even beyond the main characters, you’ll fall in love with Marcus Toji as Stephen and his physical therapist Ally (Charlotte Arnold), who steal every scene they’re in, not to mention Julian Richings as Peter Icabod, who just really needs a cuddle. Don’t we all?

So much of Patriot needs to be seen to be believed and brief descriptions in a review doesn’t really do it justice. When so many shows are vying for attention, Patriot makes an effort to be different, unique, and attention-grabbing… but never in an unnecessary fashion. Each step it takes is slowly building to an end game, and once you reach the finale you’ll certainly be hoping Amazon renew it for a second year. With a plethora of onscreen talent, both new and old, and first-class writing, Patriot is well worth 10 hours of your time. So watch it, get hooked, and go tell a friend… as Dorman and the rest of the show’s cast deserve all the buzz they can get.

SHOW ME A HERO – Part Two