We’re half way through this second season of True Detective, and one of my biggest problems remains the constant line it walks between addictive drama and outright parody. It’s an issue that largely stems from a tendency to be too on the nose. Thus, it’s not enough for Ray (Colin Farrell) to astutely note that he, Ani (Rachel McAdams) and Paul (Taylor Kitsch) are being set up by all sides—by the episode’s end our heroes find themselves literally in the firing line, as an attempt to arrest the suspiciously easily uncovered main suspect in the Ben Caspere murder ended in mayhem and murder.

As to the shootout itself: while well directed by Jeremy Podeswa, this was no ‘Rust Cohle four-minute tracking shot’, and veered uncomfortably close to Hot Fuzz territory, meaning we were permanently one step away from Timothy Dalton sneering “My my, here come The Fuzz.”

And yet I can’t bring myself to completely write it all off. Perhaps it’s because I’m a sucker for over complicated crime stories in which everyone is guilty of something, but there’s still plenty to enjoy. Yes, it was ludicrous that the closing shootout left our trio of cops standing, while all around were losing life and limb, and also true that last week’s fake out with Ray’s death has backfired—ensuring that I never felt any of the main character’s lives were genuinely threatened. Yet, at the same time, the decision to show us the shootout largely through Paul’s war veteran eyes was a smart one; ensuring that we saw both how easily he moved through the carnage and, more terrifyingly, how unfazed he was by the bodies falling all around. 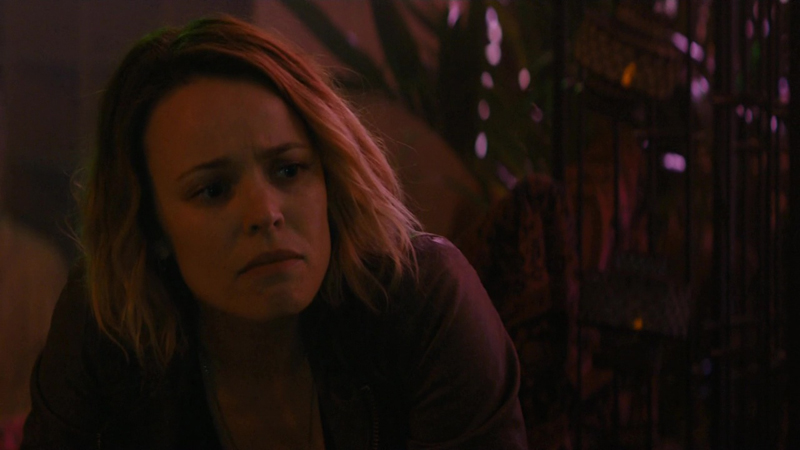 When our betters make nice and the money’s traded hands, and they need something to show for this big investigation, who do you think’s going to be first in the firing line?

It was also notable that while the final minutes left Ani and Ray clearly traumatised, Paul, the hollow man, was the picture of calm. He’s seen this kind of horror before, and much worse. This is fruitful territory for the show to head down, and I would be interested if the remaining episodes continued to pick at Paul’s PTSD and examine what it means for a man who finds killing easy to find himself once again surrounded by death. We all know that Nic Pizzolatto is obsessed by masculinity in crisis, so it would be interesting if, rather than simply forensically examining it, he began to consider its repercussions. 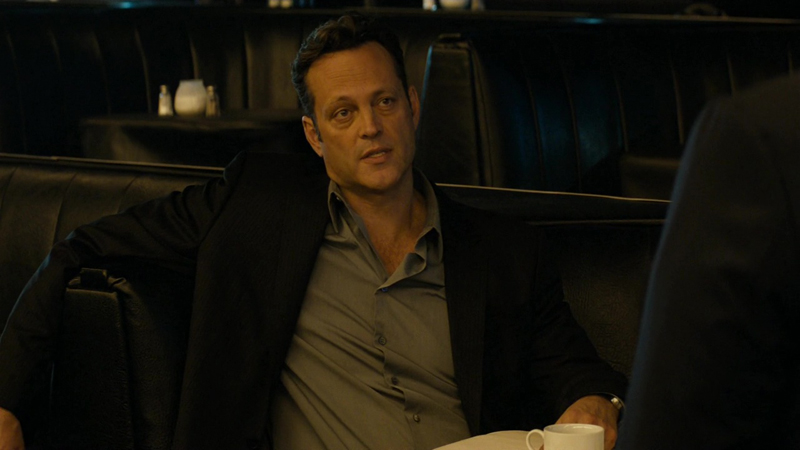 Right now, there’s so many things for me to go about the wrong way I’m losing my fucking vision.

Meanwhile, things are continuing to go badly for the fourth member of our little gang. Poor old Frank (Vince Vaughn), even his avocado trees have heeded the signs and started to symbolically wither on the vine as his empire collapses. The problem is I’m not sure I can bring myself to care. On paper, Frank’s story, with its hints of the true detective-work of the title, should be one of the most interesting strands… but the trouble is we’ve seen the whole ‘just when I thought I was out, they pull me back in’ plotline so many times before, and Vince Vaughn and Kelly Reilly are struggling to sell it consistently.

Vaughn, at least, shows signs of life when extorting various people as he continues his march to the dark side (and I’m slightly interested in the hold his childhood poverty has on him), but the usually compelling Reilly has all the punch of a woman talking through a Mogadon haze. It’s possible we’re supposed to view Jordan as someone who is medicating her way through life but I’m more inclined to feel the scenes just aren’t quite coming off. 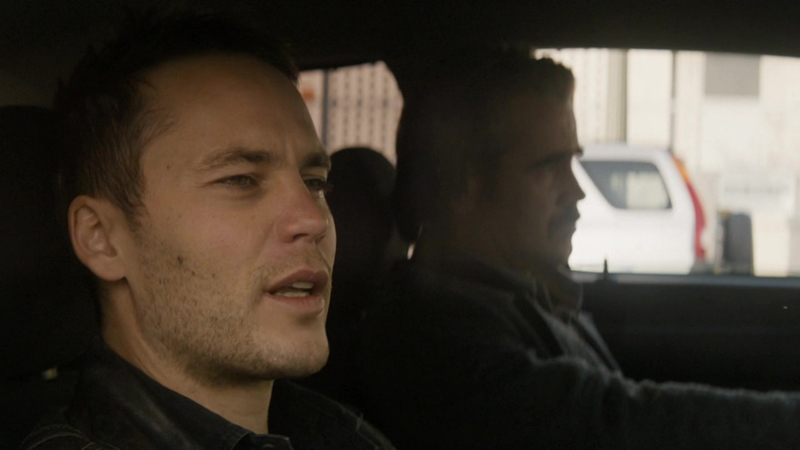 Sometimes your worst self is your best self.

—Oh Frank it’s the way you tell them, no really it is.

This week’s award goes to Paul Woodrugh for continued, slightly unnatural calm under fire, although Ani Bezzarides came close just by going for her mamma’s knife. Better luck next Ani—we all know you’ll be using it before the season’s end.

So what do you think? Now we’re at the halfway point can you see clearly or is this all just an L.A haze? Will Ani crack the case, or is Ray right that she’s being set up for a fall? And who do you think is crazier Frank or Paul? All answers welcome below…