Created by the troika behind FX’s legal thriller Damages—Todd A. Kessler, Glenn Kessler and Daniel Zelman—Netflix’s Bloodline is a very different show on the surface, but the underlying skeleton’s much the same. In both shows, episodes are bookended by flashforwards to events that seem inconceivably shocking, whilst being interrupted by flashbacks that gradually explain character behaviour and the causes of current conflict. It’s a great structure to hang a thriller on, but five seasons of diminishing returns with Damages taught me to be cautious about expecting the jigsaw to fit together in a wholly satisfying way…

Bloodline concerns the wealthy and respected Rayburn family, who’ve run a luxury hotel on the beautiful Florida coastline for almost 50 years. Robert Rayburn (Sam Shepard) is the grizzled, haunted patriarch; John (Kyle Chandler) is his middle son, a well-liked detective; Kevin (Norbert Leo Butz) is his impulsive youngest boy, who refurbishes boats; and gaunt Danny (Ben Mendelsohn) his eldest child, the black sheep of the family whose involvement in an unspoken childhood tragedy powers most of the story. In addition, there’s sweet matriarch Sally (Sissy Spacek), the only person who unreservedly likes Danny; sensible daughter Meg (Linda Cardellini), an attorney who looks after her father’s affairs; and the family’s various spouses and friends, who include John’s beautiful wife Diana (Jacinda Barett), Danny’s ne’er-do-well buddy Eric O’Bannon (Jamie McShane), and Eric’s sister Chelsea (Chloe Sevigny) who holds a candle for Danny. 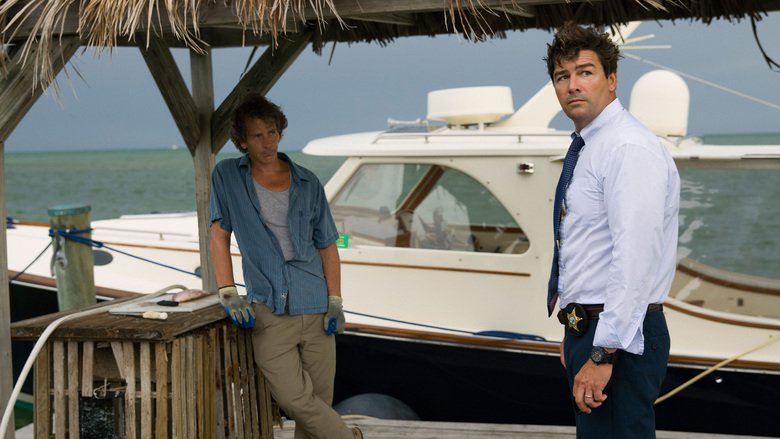 The driving force behind Bloodline is laconic outsider Danny Rayburn, whose return to the bosom of his family (to celebrate their hotel’s anniversary) is met with cold shoulders—why is one of the season’s big mysteries, but clearly Danny did a bad thing he’s never been forgiven for. Over the course of these thirteen episodes, we learn why Danny’s presence is so painful for the Rayburn clan (particularly his brothers and bitter father), and whether or not their prickly reactions are warranted, or if Danny’s a convenient scapegoat for an event nobody dealt with appropriately at the time.

As you can perhaps tell by my sentences, tip-toeing around matters, Bloodline‘s difficult to review without diving headfirst into the crux of the storyline’s later reveals—but, alas, they all come at a point where newcomers would be severely spoiled, rendering the first two-thirds of the season almost redundant. Suffice to say, I found the first five episodes of Bloodline well-made, interesting, but slightly torpid. I only really stuck around because of the excellent performances (Mendelsohn’s a revelation), and fact there were enough provocative flashforwards to keep me hooked like a marlin. The show hits a mid-period where Danny’s apparently making amends for his adolescent mistake, and the siblings are starting to move into a place of potential forgiveness, before they’re dragged into a new situation of familial destruction caused by the Danny—but perhaps I’ve already said too much? 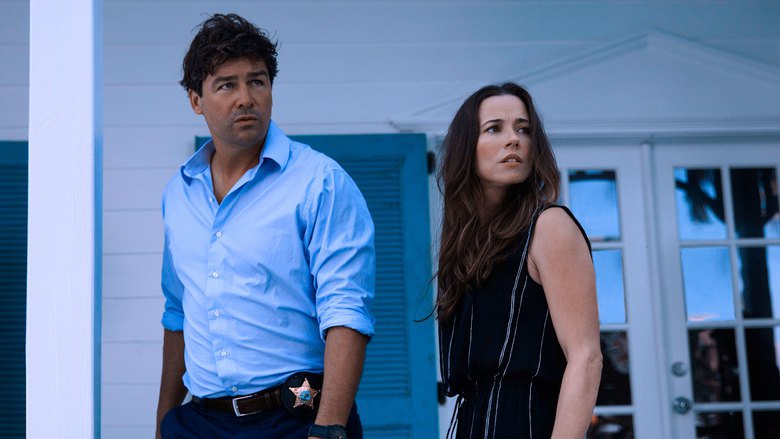 My prevailing thoughts on Bloodline are actually very simple. It’s a great character-focused drama with scripts like catnip to good character actors, designed for patient audiences who love to be told a slow-burn story about families and dark pasts left to fester until they inevitably tear lives asunder. Australian actor Mendelsohn is allowed to craft a complex “villain” of great subtlety over the course of these episodes; a psychologically damaged man who elicits real sympathy at times, but also an equal amount of disgust about his foolish actions, motivations, and unwillingness to let bygones be bygones. He’s the undoubted standout turn, and will hopefully get awards recognition for his fine work here.

The problem with this season, for me, is something that affected later years of Damages, too: the initially gripping device of sandwiching episodes with peeks into the future is too much of a bait-and-switch con. You may think you’re seeing one thing, but you’re just misinterpreting scenes devoid of proper context—and while it’s an intentional narrative trick to keep audiences guessing (which works like gangbusters), in retrospect it made me feel the first half of the season was setting up incredible events that don’t quite pan out. Not that the season finale’s a disastrous let-down, but there were key creative choices I didn’t like and a latent feeling the greenlit second season will be a struggle to get into. It’s impossible to say more without giving the game away, but Bloodline is another of the many U.S dramas that operate like a self-contained miniseries, and yet have no intention of ending the story when it crosses the perceived finish-line. Maybe the writers have clear plans and a brilliant direction in mind to keep this story going, but considering what Bloodline was sold as (the pariah of an affluent family returns to cause turmoil amongst guilt-ridden relatives), the series will have to do something very special to keep me interested in what the Rayburn’s do next year.