Abel Ferrara both directs and stars in Driller Killer, his first feature film if you discount his brief foray into porn filmmaking a few years earlier. For a long time, it was best known in the UK for being one of the lurid “video nasties” that were condemned by conservative politicians and institutions in the early 1980s. It wasn’t classified without cuts by the BBFC until as late as 2002. The film’s gritty aesthetic and power drill-aided murders must have seemed very alarming at the time, but it’s the film’s other virtues that stand out today rather than any perceived shock factor.

Anyone who knows anything about Ferrara’s filmography (if you don’t, there’s a fantastic video essay that covers all the bases on this very Arrow release) will know that Roman Catholicism is a recurring theme. Whether it’s the resurrected Christ appearing to Harvey Keitel in Bad Lieutenant (1992) or Zoe Lund’s assassin nun in Ms. 45 (1981), it’s a theme that won’t go away. And it was there from the very start, as Driller Killer opens with Reno Miller (Ferrara) walking down the aisle of a Church. The red-lit crucifix pulls him towards the alter before he meets a man sat in the front row who freaks him out and sends him heading for the exit. 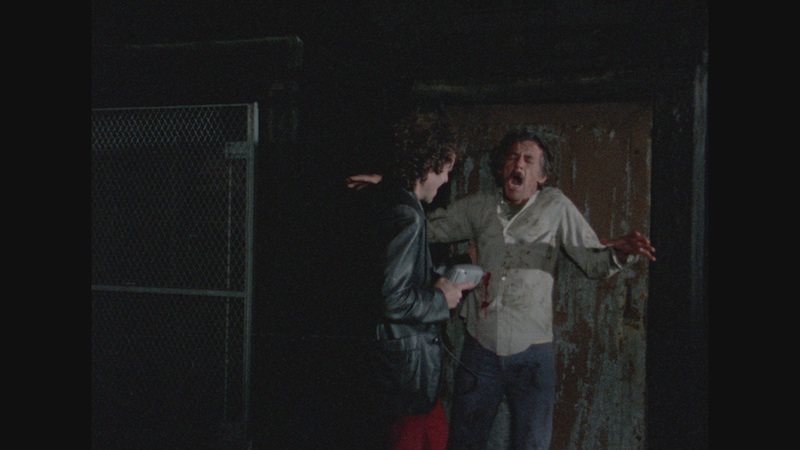 Reno’s an artist living in New York and struggling for money. The city is grimy and filthy; perhaps the one aspect of the film that didn’t need dirtying up by the director. One of the pleasures of the film is seeing the setting, which is now virtually non-existent in New York, explored in such depth. In an interview included on this disc, Ferrara talks about shooting the movie documentary-style. This is where he’s from; it portrays the kind of life he led at that time—without, one assumes, all the murdering. Apparently, much of the footage of homeless people was documentary, too, with many men on the streets fresh back from Vietnam and carrying all the baggage that comes with surviving that particular war. 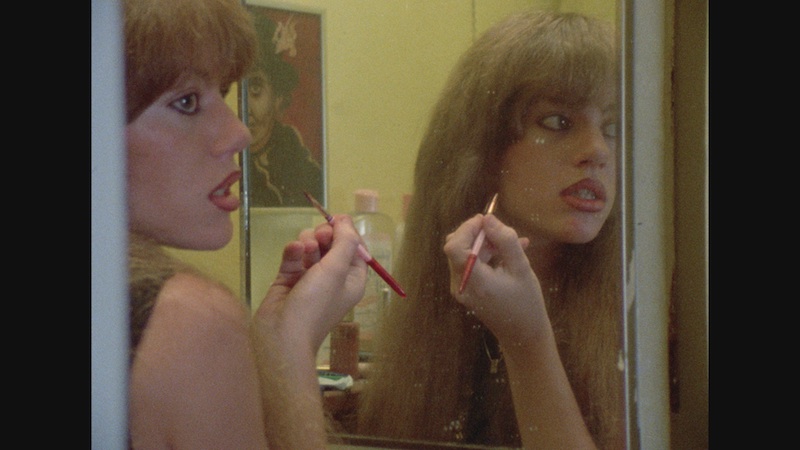 Living with Reno are two women, Carol Slaughter (Carolyn Marz) and Pamela (Baybi Day). The three of them are living a bohemian lifestyle, scraping by and having fun. Ultimately, it’s too much for Carol, who leaves after Reno starts acting strangely, especially when she reads out a report in the newspaper about a man found dead who was likely killed by a power tool. By this point, a strange haze has been passing over Reno as night turns to day. His drill and Porta-Pak power belt go from art studio tools to murder weapons. 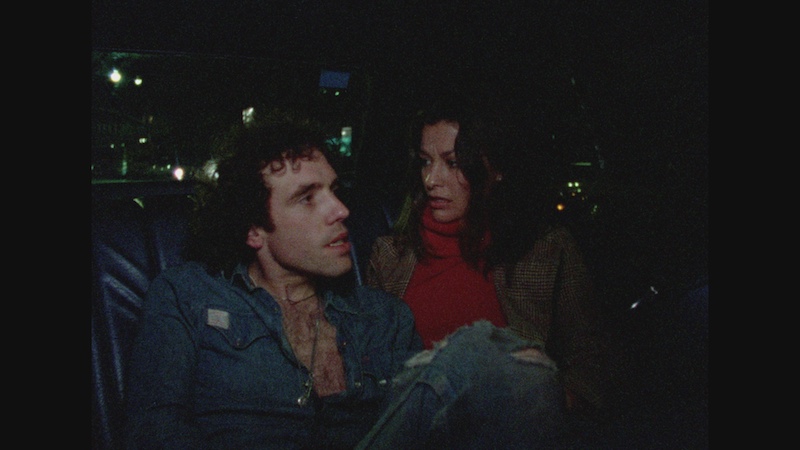 The murders are inventive and well-staged. When Reno targets one of his victims, the screech of the drills synchronises with the horrified screams of the man whose skull is being penetrated. On another occasion a disturbed homeless man harasses people queuing at the bus stop. When the bus finally turns up, its departure is greeted by the arrival of Reno who drills him to death through a gap in the bus shelter glass.

Ferrara’s films have always held some strange beauty, and this one is no different. Whether it’s the slow-motion splattering of blood against Reno’s delirious facial expression or the brief moments of tenderness, Driller Killer isn’t pure nastiness, as its reputation suggests. When Carol walks out on Reno he ends up on his knees on the street, her belongings scattered around him as she takes off down the nearest subway entrance. Vulnerability soon turns to more murderous rampaging for the film’s finale, however.