There has always been a big market for Ostalgie. From Goodbye Lenin to The Lives of Others, life in Germany during the Cold War continues to exert a strange fascination for viewers. Spy drama Deutschland 83 makes the most of that interest, tapping into both our obsession with life behind the Berlin Wall, and the continued love of all things 1980s, to present a story that’s both coming-of-age tale and thriller. A meditation on how a generation was betrayed by those who’d come before them, and a fast-paced tale of a paranoid time when the threat of nuclear war almost became a reality.

Warning: major spoilers for the conclusion of this series, so continue reading at your own risk.

Our (hugely compromised) hero is Martin Rauch, a.k.a Moritz Stamm (played with just the right amount of wide-eyed wonder and growing cynicism by the talented Jonas Nay), a young German border guard who finds himself approached by his aunt Lenora (Maria Schrader), a high-ranking Stasi member, and promptly embedded in the West where his mission is to spy on a German general, Wolfgang Edel (Ulrich Noethen), and uncover just how serious the West is about war. 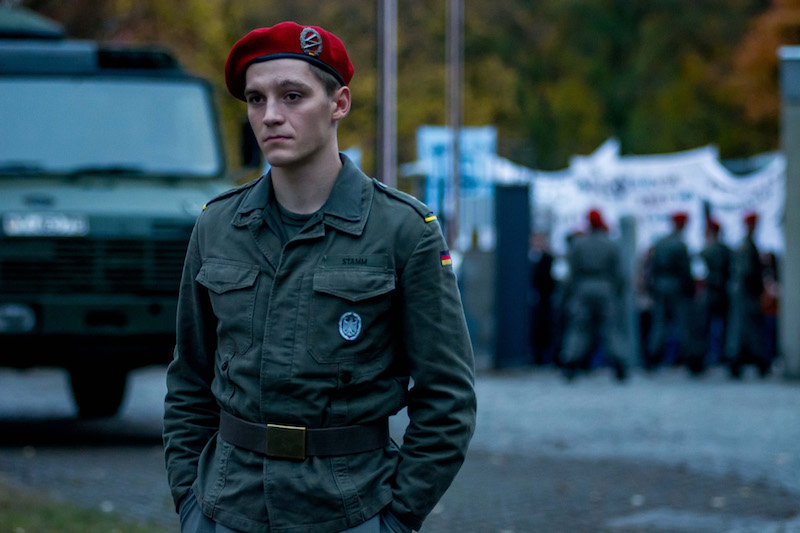 The general has problems of his own. His son, Alex (Ludwig Trepte), is serving the base but increasingly obsessed with the writings of Green party founder Petra Kelly and her push for nuclear disarmament. His daughter, Yvonne (Lisa Tomaschewsky), dreams of being a blues singer and has run away to live in a commune. His wife, Ursula, is neglected and lonely, stuck in her beautiful modernist house with its glass windows and sharp lines while her husband plays war games on his base.

In the East, in addition to Lenora, we meet Martin’s mother, Ingrid (Carine Wiese), who raised him alone and urgently needs a kidney transplant; his girlfriend, Annett (Sonja Gerhardt), a butter-wouldn’t-melt type who may not be quite as innocent as she seems, and her colleague Thomas (Vladimir Burlakov), a naïve literature-lover with secrets of his own. 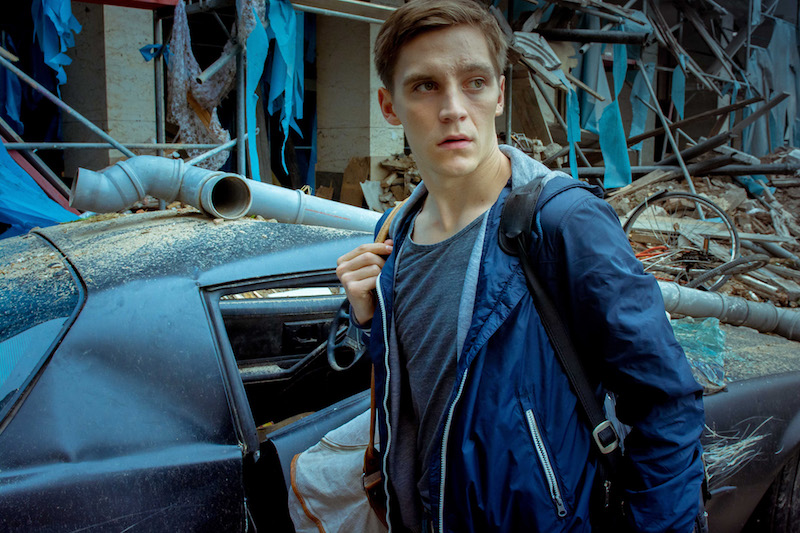 We also meet Walter Schweppenstette (Sylvester Groth), a high ranking Stasi operative and the man who’s pulling everyone’s strings (or so he believes). Every show needs a good villain and Groth’s ability to imbue Schweppenstette with a sinister charm provides Deutschland 83 with many of its best moments; from his confusion over to how to work a floppy disc, to his tense meal with Ingrid and Annett, and his awkward attempt at ‘dad dancing’ to German pop. We know that Schweppenstette is a weasel, a man who sends other to kill for him, and who’s permanently prepared to let the ends justify the cause, but there is still something oddly entertaining about watching him manipulate and scheme his way through the Stasi corridors desperately exerting his power.

Nor is the fun just in the clever characterisation. A glorious soundtrack makes use of everything from David Bowie’s “Under Pressure” to Billy Idol’s “White Wedding”, while fashion fans can enjoy the spot-on ’80s references from Lenora’s pussy cat bows to Yvonne’s crimped hair. 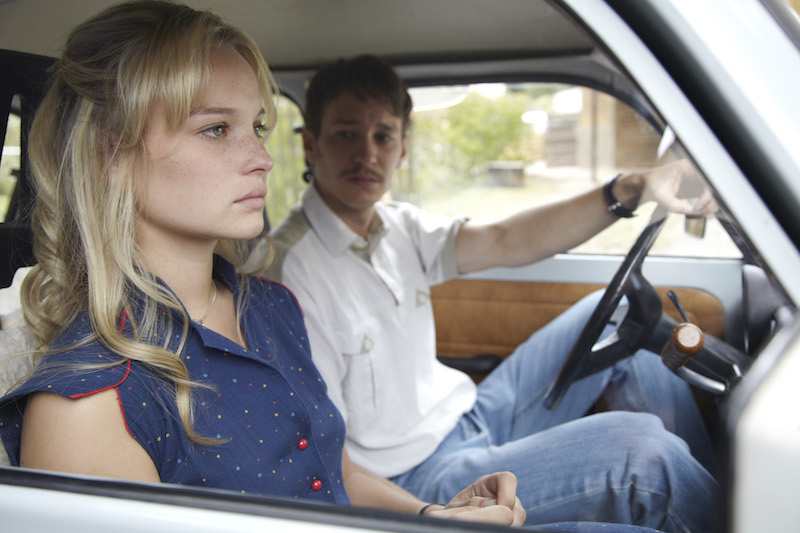 That said, this is not a perfect show. The pedantically inclined will spot some odd errors—Lenora being in possession of a maroon European passport back in 1983—and the tone is frequently uneven. It starts out almost broadly comedic with Martin seemingly trapped in an episode of Carry On Spying, dropping codes, getting caught on the phone to East, fighting off highly trained waitress assassins yet always living to fight another day. But about half way through, something clicks. The stakes get higher as the mysterious operation Able Archer comes to the foreground, Martin finds himself with increasingly dirty hands (a liaison with a NATO secretary and her principled boss is particularly heart-rending), and the sense that no one here should be trusted comes to the forefront.

Meanwhile, Alex’s passion for peace sees him entangled with the opaque Tobias Tischbier (Alexander Beyer), a gay professor at the local university who’s nominally the head of the peace movement, but in reality a Stasi spy; while General Edel’s growing trust in Martin, whom he views as a second, better, son, leaves him exposed and vulnerable at the worst possible time.

It ends badly for everyone. For Alex, last seen taking an AIDS test having been dumped by Tischbier; for General Edel, who learns that Martin was a spy and sees his reputation traduced and his family in ruins; for Yvonne, who has her innocence shattered after a night with Annett in Berlin; for Annett herself, trapped in a loveless relationship with Martin, who uncovers the truth about her work for the Stasi; for Thomas, who is arrested and then freed, only to be met by Tischbier who’s under orders to turn him to the Stasi cause; even for Schweppenstette, whose machinations and Tony Blair-style dossier sexing up are uncovered by his co-worker Fuchs. 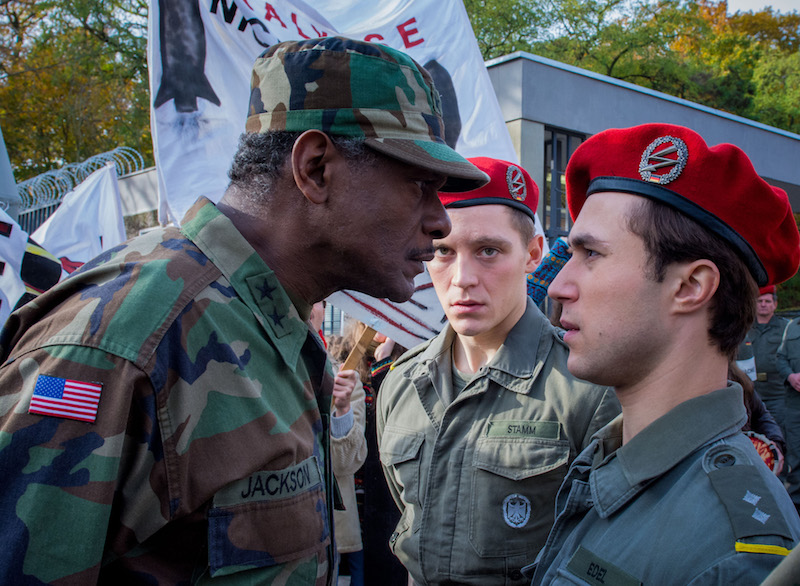 And what of Martin himself? While his aunt Lenora, always one step ahead of the game, skips town to Mozambique, and his mother Ingrid reveals herself as a woman of steely resolve (seeing off her former lover Schweppenstette in the process), Martin returns to the East; a sadder, wiser, more compromised man. During his time in the West he has learnt to lie and lie well. Worse than that, he has killed for the cause (albeit indirectly) and the series ends with the bleak suggestion that for all that he tried to do the right thing he is now too caught up in the spying game to break free.

Deutschland 83, which performed considerably better abroad than in Germany, where its combination of humour and awkward excavation of the recent past made viewers uncomfortable, may not get a second series… and that’s a shame. It wasn’t a perfect show, but it was a hugely enjoyable one, and its downbeat finale suggested a wealth of future potential. Writer Anna Winger has suggested checking back in with the gang in 1986, This is England-style, and I for one would be intrigued to find out what happened next.