For a film celebrating its 20th anniversary this year, Toy Story 2 still ranks high on my list of favourites. Perhaps it’s because there are so many memorable scenes, such as the one where Geri the cleaner meticulously refurbishes Woody (Tom Hanks). Or maybe it’s because, about 10 years ago, as a moody lovelorn teenager, I caught a rerun of it on television and started playing “When She Loved Me” on repeat for the rest of the day.

What I mean to say is, there’s a lot of nostalgia surrounding this film for me. As one of Pixar’s most popular sequels, it still has a rare 100% ‘Certified Fresh’ rating on Rotten Tomatoes. Toy Story 2 is often cited as an example of stellar animation and storytelling, too. Considering how beloved and revered it’s become, it’s strange to remember Toy Story 2 was born out of a hurried production that eventually led to a breakdown of communication between Pixar and their then-partner Disney. 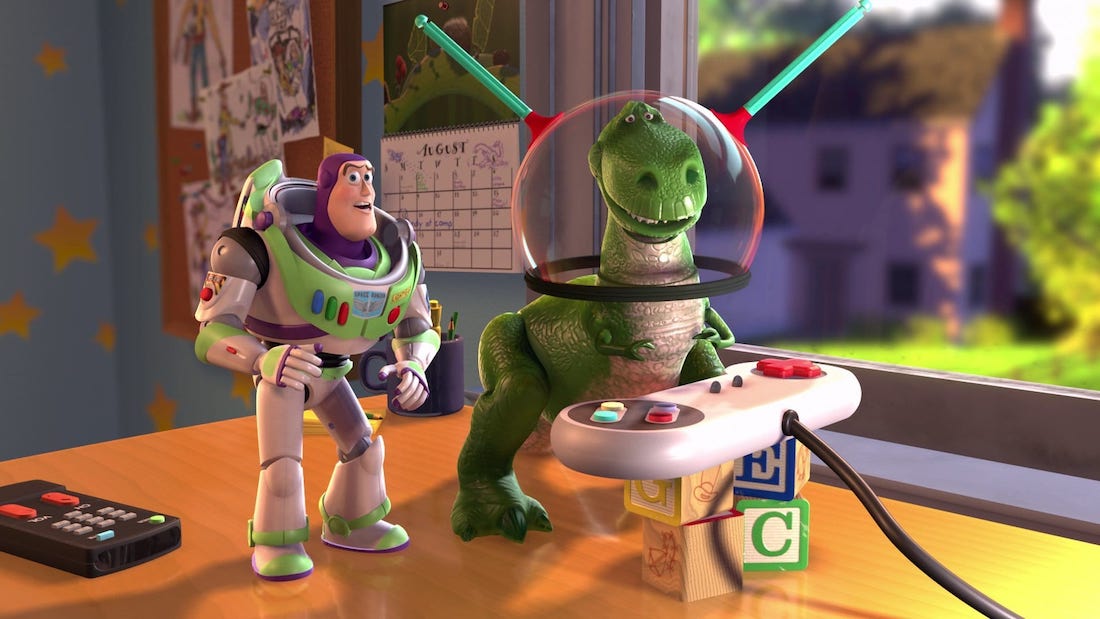 Toy Story 2 was originally intended to be a straight-to-video follow-up, which meant two things: firstly, the film wasn’t a high priority for Pixar, compared to A Bug’s Life (1998), which was always destined for cinemas. That led to Toy Story 2 being initially staffed only by the computer games animation team, which had recently been made redundant after Steve Jobs decided to shut that division. Secondly, going straight-to-video meant it wouldn’t be part of Pixar’s three-picture deal with Disney. That agreement allowed a fledgeling studio like Pixar—who has only made one hit at the time, Toy Story (1995)—to use Disney’s marketing and distribution muscle, while they handled creation and production.

However, as it became clear Toy Story 2 deserved a theatrical release, another clause of the contract kicked in: Disney’s exclusive rights over characters, story k and sequels. This meant that the characters were then owned by Disney, not Pixar. This might have been acceptable if it wasn’t for the rest of the production process. John Lasseter, fresh from A Bug’s Life (1998), took the reins back from Ash Brannon, a young animator he’d wanted to groom. Lasseter and others felt Toy Story 2′s script wasn’t good enough for a cinema release and tried to get the release date pushed back to redevelop it, but Disney refused. This led to an eight-month rush where Lasseter and his team rewrote and reanimated huge chunks of Toy Story 2. 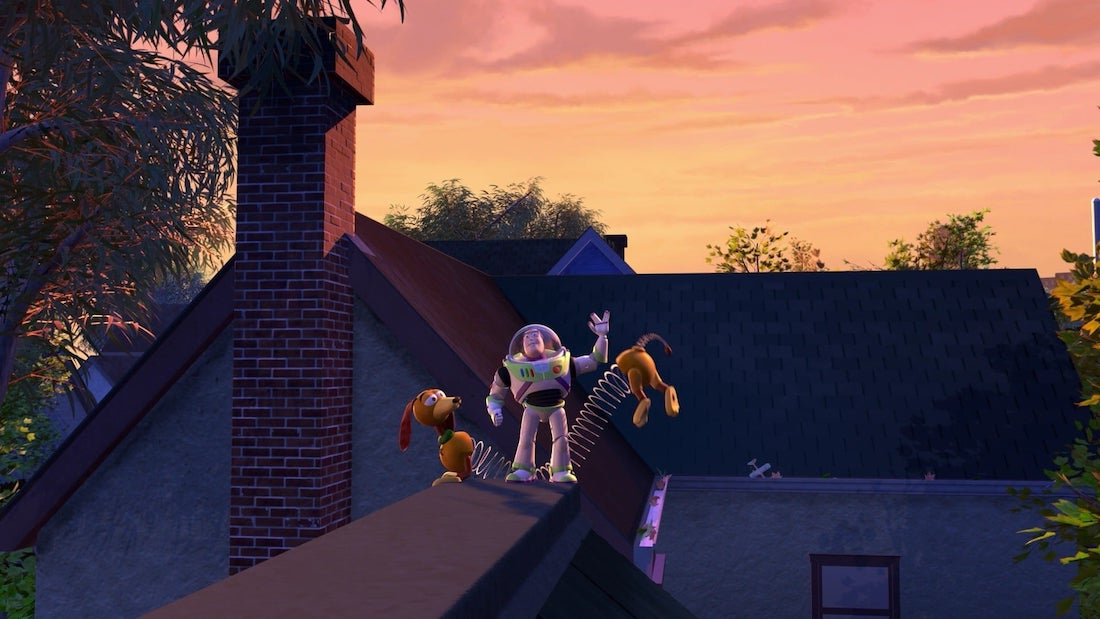 The impact this has had on the animation industry, as well as Pixar’s relationship with Disney (before getting acquired by them in 2006), has become film lore. Animators would famously work up to 48-hours straight to get their work done, even though Pixar didn’t encourage overtime. There was even a story about almost accidentally deleting the entire film. Looking back, it seems like a classic case of a toxic workplace, but, since the final product was so well-received, it’s become an example of employees working themselves to the bone to achieve perfection. Sound familiar?

Luckily, the final product is so near to perfection that it almost doesn’t matter. At the same time, Disney’s decision to split with Lasseter last year after the allegations of sexual misconduct means that it’s easier to rewatch the film, especially as they’ve recently scrubbed the ‘casting couch’ outtake scene from the Blu-ray version as well. 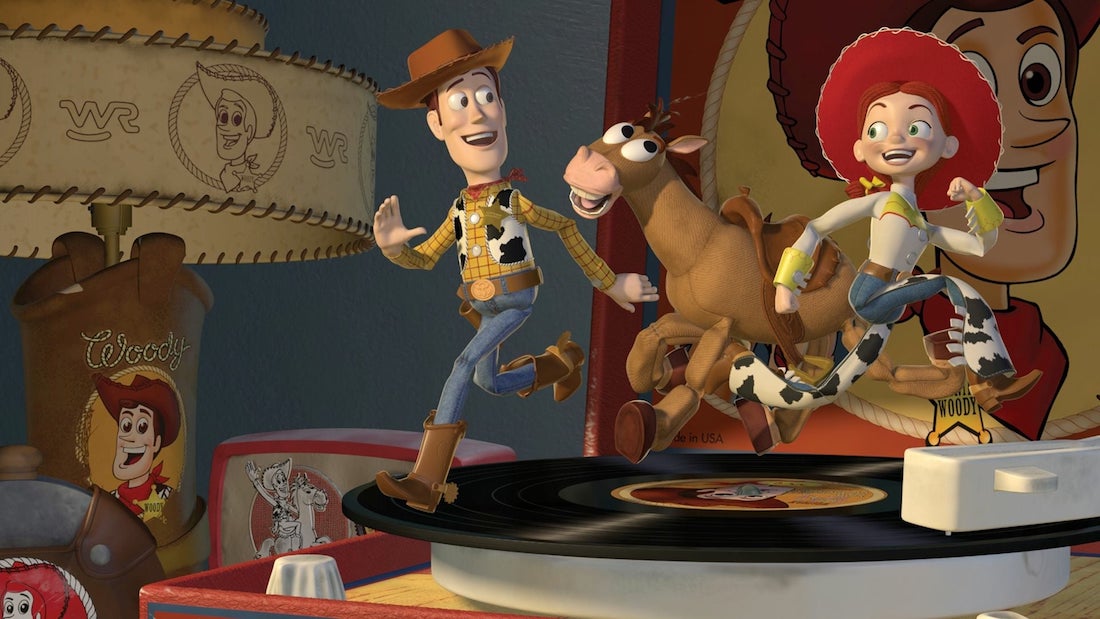 If we look only at the film, it’s an almost perfect movie. The only part that hasn’t aged well is the animation of the humans, who look eerily like characters from the early-2000s video game The Sims. There’s the robotic movement, the dead eyes, and a slight mismatch of voice to the movements of their mouths. If you compare it to this year’s Toy Story 4 (2019), or even the original Toy Story, there’s an obvious difference and it makes the humans, especially young Andy, seem less lifelike compared to the toys!

The rest of the film, though, is a thing of true beauty. From the first scene that introduces a Buzz Lightyear (Tim Allen) video game, to even the transitions between scenes, the film flows so seamlessly that it feels like a masterclass in plot and direction. The cleaning scene with Geri and Woody still made me tingle with joy. The montage of Jessie’s (Joan Cusack) owner Emily, set to “When She Loved Me” remind me of Up’s (2009) emotional opening, which still ranks in a Top 10 of tear-jerking moments. The introduction of Zurg, the dialogue and pacing, it’s all impeccably timed. In terms of animation, the dust that settles on Woody while he’s on the shelf required over two million dust particles to be replicated, and looks like something that would be hard to do in 2019, let alone 1999. 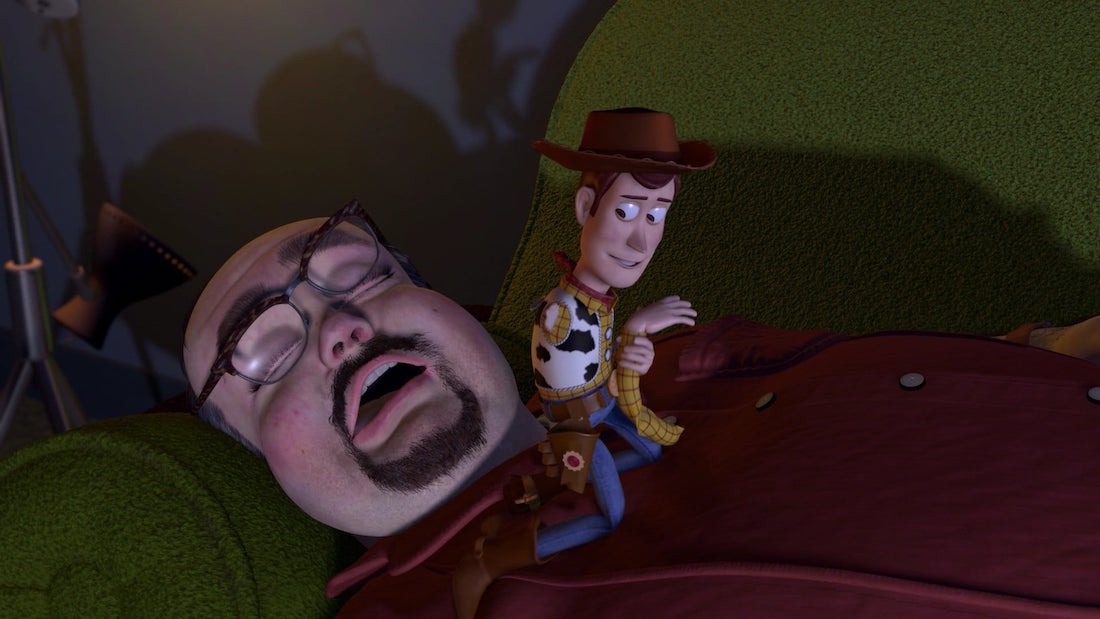 Can you believe that Jessie was only added because of a request from Lasseter’s wife, who wanted a strong female character involved? As Jessie, Joan Cusack anchors the movie with her voice; it’s so strong and cheerful, but also vulnerable and childish. No wonder her character’s been front and centre in the sequels that followed.

In the end, though, it’s a little odd watching Toy Story 2 again, after learning so much about the nightmare of getting it made. This is one of those films that works best when you completely disentangle the production process with the final product, as its earnest story and incredible animation more than stands for itself. However, it loses its ability to touch you as deeply when you find out how complex and rushed the process was. Maybe it would’ve been better to live in ignorance and watch the film without knowing this, but that’s not possible now, two decades later. 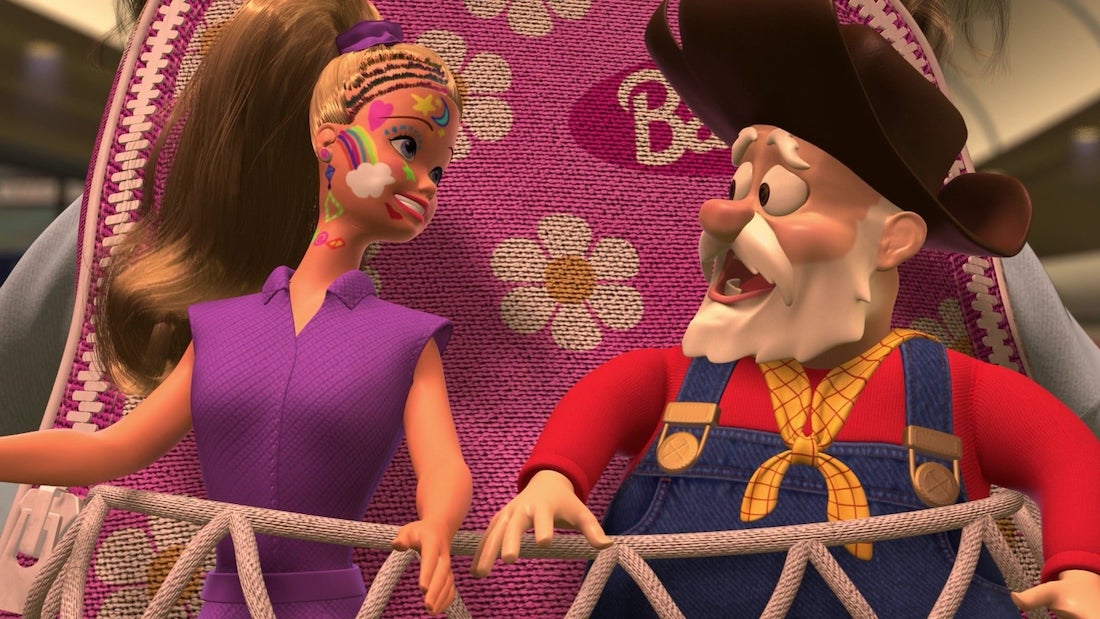 After all, when the film was released in November 1999, it immediately became the third-highest-grossing movie of that year and has been covered endlessly ever since. That makes it impossible for behind the scenes production stories to remain secret. Even in 1999’s animated bonanza, which included Tarzan, The Iron Giant, South Park: Bigger, Longer & Uncut, and Pokémon: The First Movie, Toy Story 2 still managed to stay on top of the charts. It only lost out to Tarzan when it came to the ‘Best Original Song’ category at the 72nd Academy Awards.

How do we continue to enjoy films like Toy Story 2 that had such a contentious production process, with an open mind? This is a question many cinephiles have asked over the years, as stories surface about the terrible working conditions, or sexual assault, in the industry. How do we reconcile great films made by terrible people or organisations? It’s tough, but I think recognising these imperfections helps, especially when looking back at older films that were made ‘at a different time’. Will I rewatch Toy Story 2 again? Yes, because it’s fantastic. But I would also be sure to mention the industry overwork and sexual misconduct cover-up, hoping that more films that can reach this standard but with none of the problems. 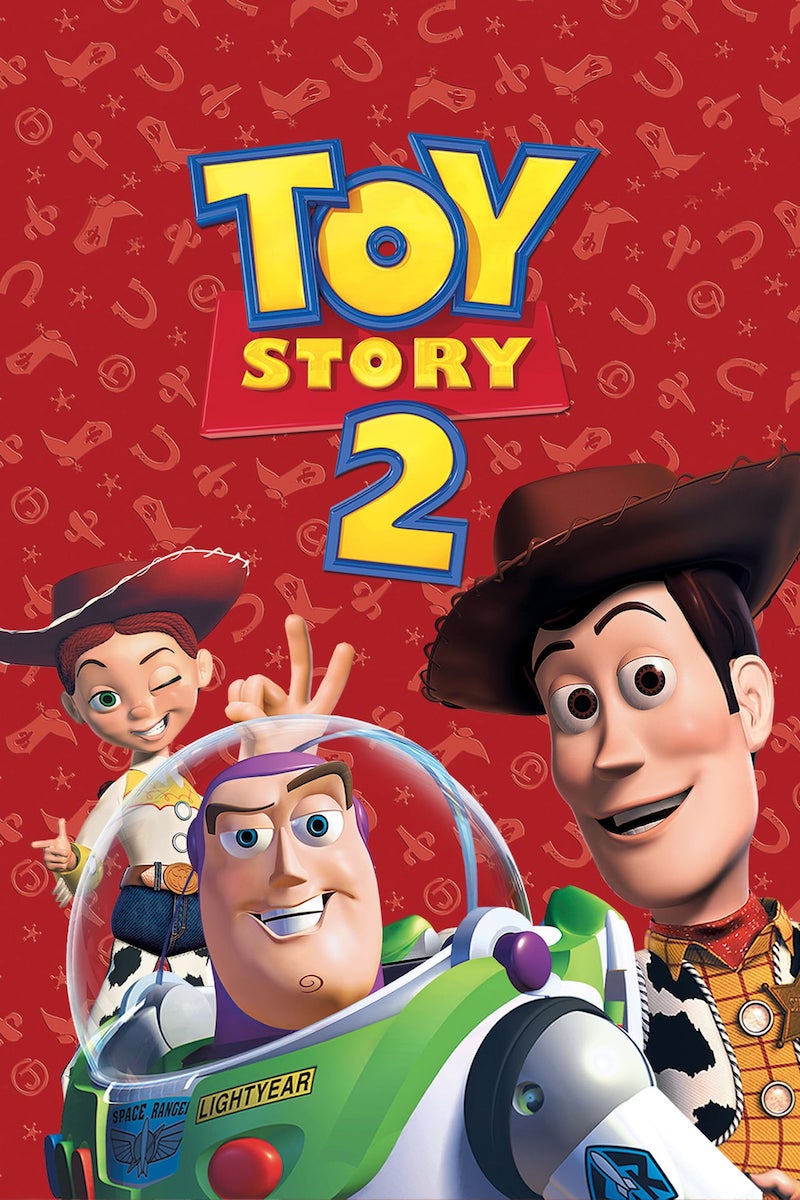