A police officer faces a personal meltdown following a divorce and the death of his mother.

At Sundance 2016, relative newcomer Jim Cummings unveiled a brilliant yet excruciating short about a bereaved cop struggling to say goodbye to his mother during a funeral eulogy. It was a star-making slice of tragi-comedy, captured in an unforgiving 12-minute shot. From this success, New Orleans-raised hyphenate Cummings used Kickstarter to help fund a full-length version of Thunder Road (inspired by the Bruce Springsteen song that played during the short’s eulogy). The film was made for $190,000 and shot in just 15 days, but it’s one of the most humanistic pieces of cinema you’ll see this year.

The movie opens with small-time police officer Jim Arnaud (Cummings) once again trying to come to terms with his mother’s death during a eulogy. For anyone who’s seen the short, this full-length feature takes an even sadder and unexpected twist. There are hints of David Brent in his rambling speech as Arnaud flails around on stage—swearing, making bad jokes, and failing to get a pink CD player to play his mother’s favourite Springsteen track. This eulogy is indicative of his life. He’s a well-meaning man, reduced to failure, and the audience gets the feeling this is not the first time he’s felt like this. 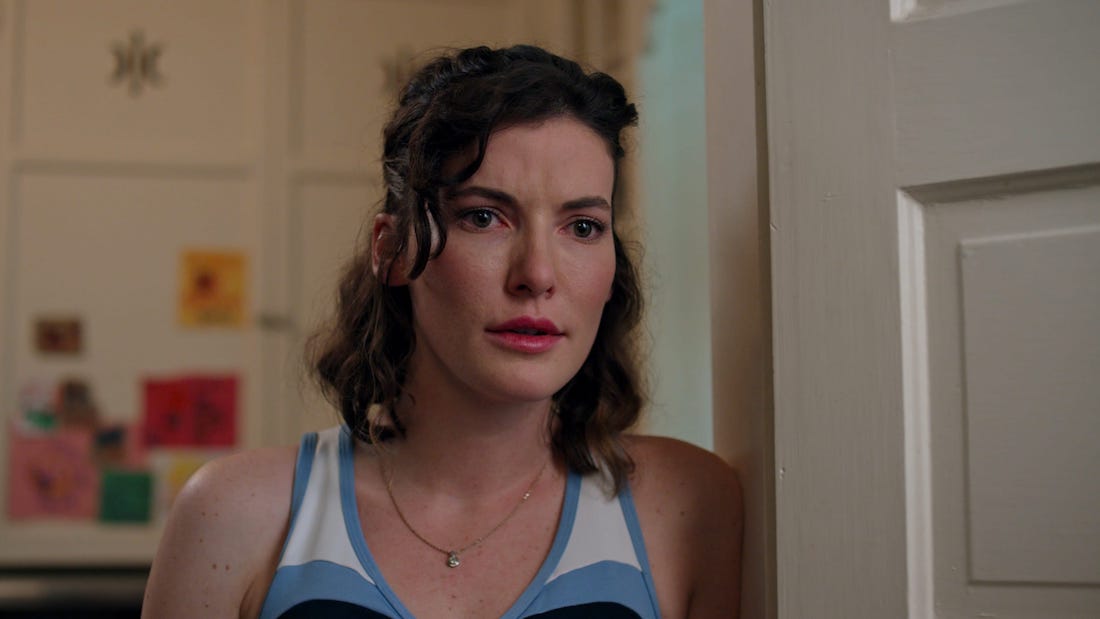 What comes next is a series of vignettes of varying levels of failure, many of which are so sad and awkward it becomes hard to watch in places. Arnaud struggles to connect with his young daughter, Crystal (Kendal Farr), whose mother Rosalind (Jocelyn DeBoer) is in the process of screwing him over in a nasty divorce. It’s not that he doesn’t love his daughter, it’s that he doesn’t have the parenting skills to match the affection he has for her. Work isn’t much better, as his clearly fragile mental state prohibiting him from doing his job well. The only friendly face in his life is his colleague Nate (Nican Robinson), but Arnaud’s outlook on life is so pessimistic that acts of kindness are met with a self-destructive passive-aggression.

The film’s quality dips in the middle. There are many sub-plots about dance studios, a trip to his sister’s house, and an incident that leaves someone dead, which don’t feel relevant or advance the plot. The unusual tone of the film doesn’t always work, either, as the profoundness of its subject sometimes gets lost in our lead’s pathetic self-pity and clumsiness. If Thunder Road’s second act is a little uneven, the ending certainly makes an impact that leaves everything lingering on your mind long after it’s over. 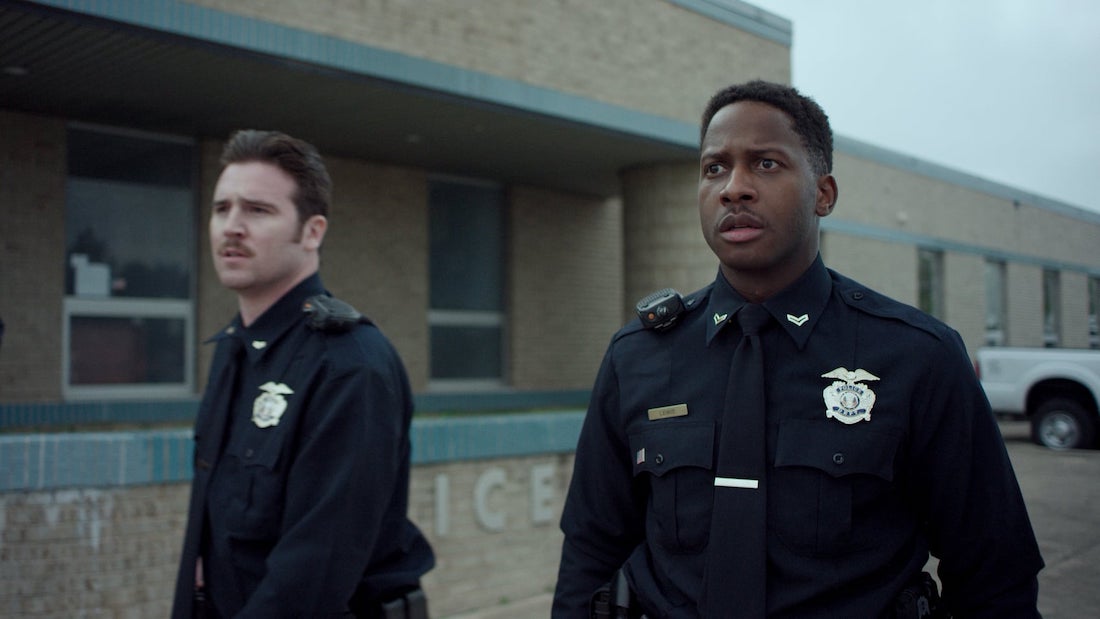 Every encounter Arnaud has—whether it’s with Crystal’s teacher (Macon Blair), a divorce judge, or teens hanging out in a mall lot—ends badly. Arnaud is unable to interact with others without overexplaining things and digging himself a hole of bubbling anger and immaturity. His heart ‘s always in the right place, but his John Wayne version of masculinity is the root of most of his troubles. 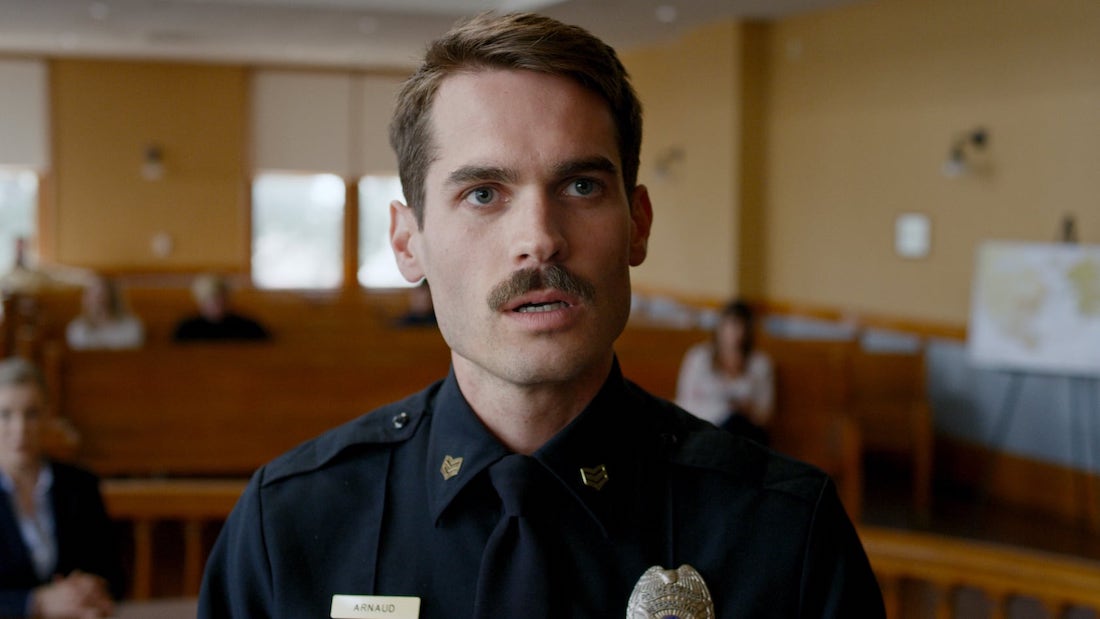 Cummings is fantastic, with a nuanced portrayal of grief, anger, and pain. Arnaud is his own worst enemy, making every piece of bad luck an existential crisis. There’s anger bubbling under his surface always threatening to spill out alongside his grief. The death of his mother is especially traumatic for Arnaud as he’s never really grown up—a Peter Pan-type whose soul’s lost because he remains an angry child fighting against adulthood. Any time Cummings’ performance goes a little too ‘Alan Partridge’ he’s saved by the grounding of his supporting cast, and it’s a travesty his talent hasn’t been discovered sooner.

Thunder Road is one of the few dramas to dig deep into America’s heartland and the crushed spirits left behind after economic crises, opioid addiction, and the collapse of the job market. Although this narrative is nothing but bleakness there’s a relief to its gentle humour. By the end, our lead finds a misplaced optimism that’s powerfully moving and unexpectedly inspiring.

Thunder Road is a raw nerve of a film; empathetic and tender towards people who shouldn’t be likeable. Cummings has been on the fringe of filmmaking with micro-budget indie films and TV shows for close to a decade now, but he certainly feels like a voice cinema needs right now.

Written By
Amelia Harvey
More from Amelia Harvey
This year’s South by Southwest (SXSW) festival was almost overshadowed by an...
Read More