In an excellent New Yorker profile of Constance Wu, writer Jiayang Fang includes a revealing and poignant quote by the actress: “I don’t want to be a fucking role model, I’m an artist. Wouldn’t that make people feel a lot less lonely when they were having the feelings and emotions that weren’t the prescribed ones?”

Fang’s moving and powerful article didn’t hold back in depicting Wu, a television actress who achieved movie stardom with Crazy Rich Asians (2018), as controversial and even a touch abrasive. But I think Wu’s comments on the role of the artist are important and true, even if they contradict the persona she projects at the cinemas - that of a feel-good, easily relatable movie star. Her on-screen image contradicts the article’s fascinating impression of Wu as a complicated, defensive person possessed of great talent, style, and persuasiveness. 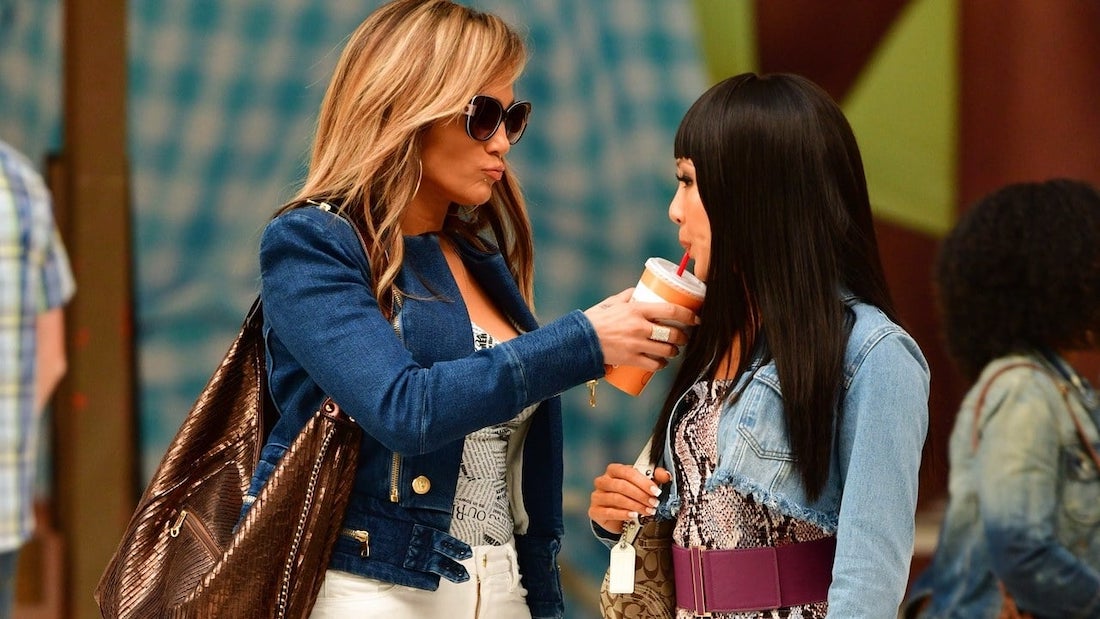 I wish Wu’s most recent movie, Lorene Scafaria’s Hustlers, contained more multifaceted people like the actress herself. Which is to say, I wish it’s characters were comprised not only of talent, ambition, and intelligence but also of intensity and agitation. Of complicated boundaries and contradictory drives. I think it could’ve made us all feel less alone.

Hustlers, such as it is, is a lurid and entertaining crime thriller that goes to great lengths to assert the virtuousness of its characters. The movie’s about a group of strippers who, cash-strapped after 2008’s credit crunch shrinks the pockets of their Wall Street clients, revert to drugging and robbing a hand-picked group of clients: the men the women know still have sizeable amounts of money stashed in the bank. Enough that they won’t panic when a chunk of it goes missing, anyway. And their marks are also inclined to party hard (so won’t be surprised when they wake up with no recollection of the previous night’s events). 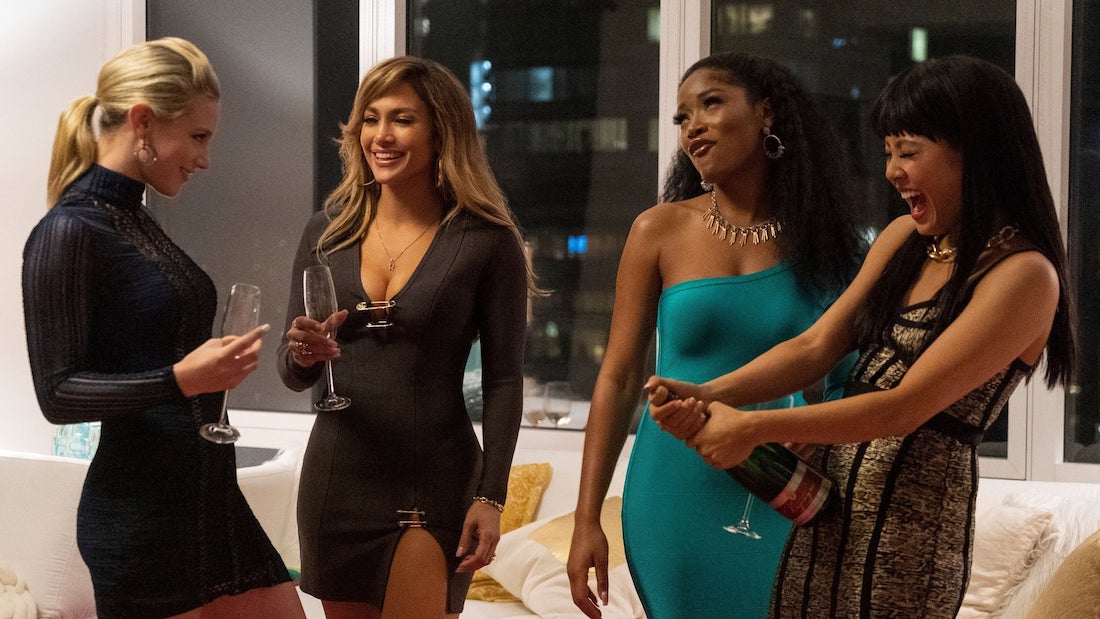 The story is told through a framing device: an interview between Dorothy/Destiny (Wu) and a journalist (Julia Styles). Over the course of the interview, Dorothy weaves between defensiveness and candour but never really needs to defend or justify her choices too much because it’s really obvious the women were acting righteously. They were stealing from a system that set out to victimise them in the first place, and the men they stole from are mostly scumbags. Moreover, the strippers are pursuing their criminal enterprise in order to provide for their children and pay their rent on time. Or, in Dorothy’s case, to pay off her sweet grandmother’s debt. In this context, it would be impossible not to root for the women of Hustlers, but also, in this context, it seems odd the women are strippers. And even odder they’re so good at manipulating and stealing.

Crime thrillers like Hustlers are generally about males; men who are at once charming, dangerous, intelligent, committed and brazen, but also compulsive, reckless, insecure and violent. It’s exciting when Hustlers, during a dazzling opening act, sets up expectations for a challenging story about a disenfranchised underworld and the frightening, captivating, awe-inspiring women that inhabit it. 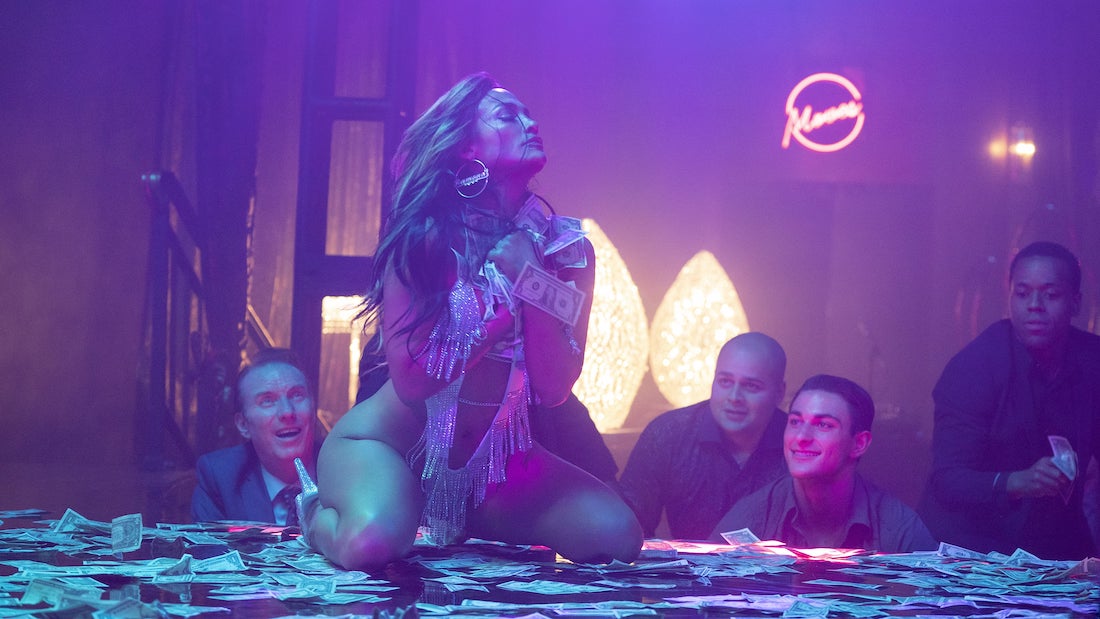 The strip club where Destiny works at, where she meets Ramona (Jennifer Lopez), is thrilling and darkly lit in deep and shadowy hues. It’s seedy and alluring. There’s a particularly enthralling early scene when Destiny watches Ramona rehearse her pole-dancing routine. It’s enthralling not just because of the talent that Lopez brings to her performance, but because of the dark power Destiny sees exuding from Ramona as she practices.

Cardi B appears soon after and she’s both hilarious and terrifying. Every sentence she utters in the course of her brief role is laced with magnificently destructive, patriarchy-bashing flair, as well as undeniable comic absurdity. Perhaps the way the strip club sequences are pushed along with jump-cuts is telling, as this is a movie that doesn’t want to linger too long in its most shadowy corners.

In fact, as soon as the post-2008 woes set in, we start to see how wholesome the main characters really are (Cardi B’s out of the picture by then, as there’s no such thing as wholesome Cardi B). And when they begin to conspire to commit their criminal act, every devious and ingenious element of their plot is counter-balanced by an assertion that these are, indeed, virtuous criminals. 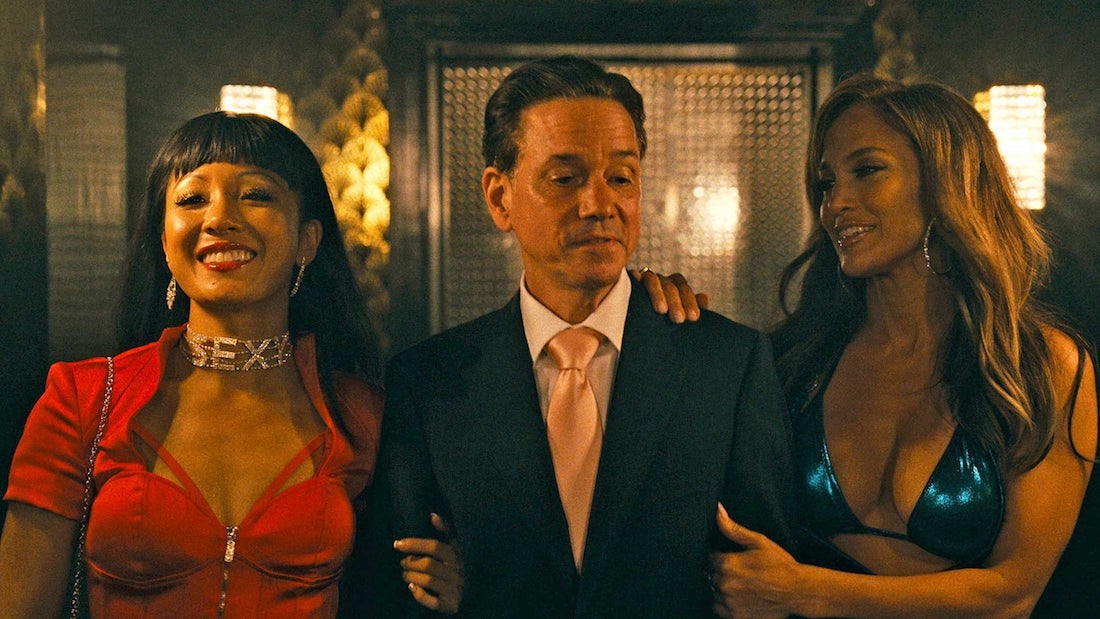 “We don’t want anyone to get hurt,” Dorothy says at one point. I wonder, why not? After all, the men they’re stealing from are exploitative and dishonest, buffoonish and even cruel. Also, as the movie is knowingly aware, they’re responsible for the global economic crash in the first place! Why not hurt them, if one has to? The reminders the women are kind, that their motivations for crimes are quaint and relatable, and that they’re acting out of sheer necessity rather than compulsion, begin to feel like qualifying statements. Ones made seemingly in anticipation of wrongheaded criticisms that, if these strippers weren’t so perfect, we wouldn’t be able to root for them.

Taken with the truly daring and criminal behaviour at the core of the action, the scenes and sequences that are devoted to affirming feel-good values of female friendship and familial loyalty and kindness in general start to feel absurdly disingenuous, and they strip both the characters and the performers of the edge that they deserve. It’s been established, ad nauseam, in era after era of cinema, that we love rooting for bad guys. I think we should be quite capable of rooting for bad women, too. 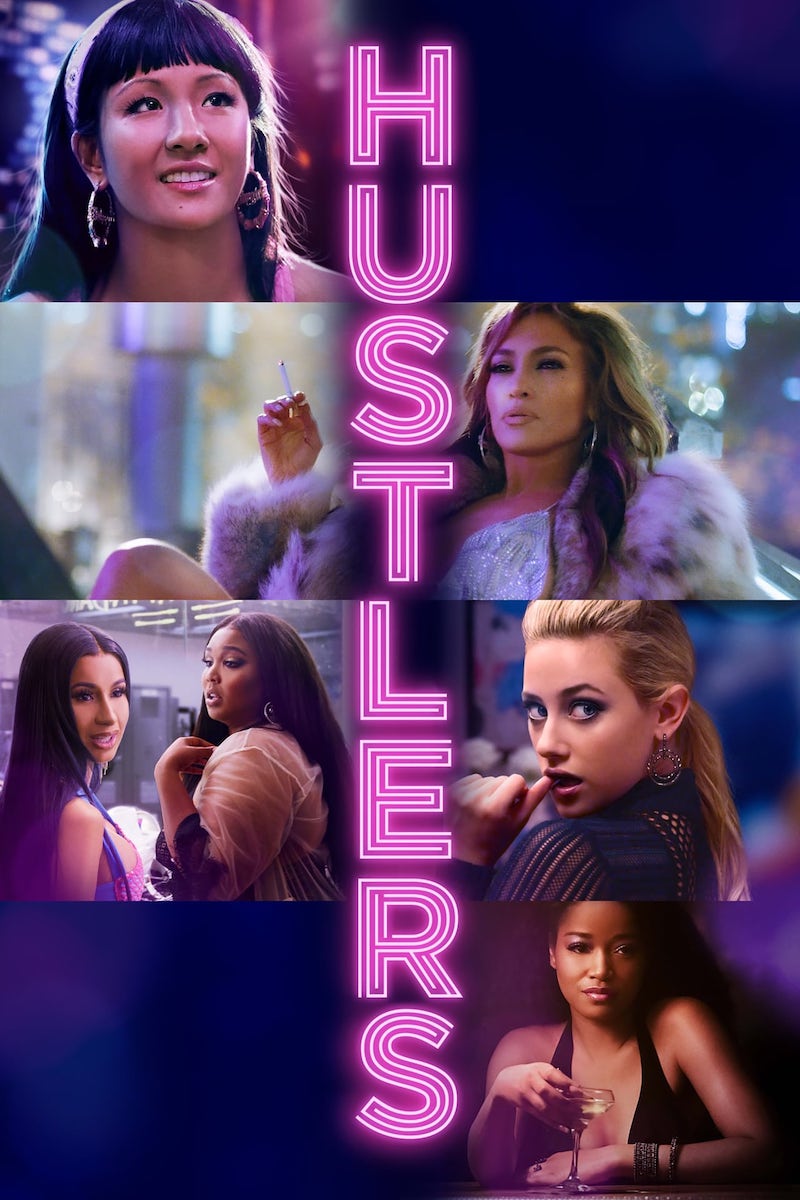