Predictability tends to be seen as damaging to a film; but it’s not a hard-and-fast rule. Familiarity deserves to have its praises sung, because when the template for your film is what’s widely regarded as the greatest underdog story ever told, why change too much? In Creed, we have a film that continues the Rocky franchise by spending a lot of time reflecting on the journey of Rocky Balboa (Sylvester Stallone), and especially the original Oscar-winning film. But even while this sequel is closely follows the beats of the first film, it feels remarkably fresh as new characters fill the story with life and Rocky himself brings a huge weight of meaning and emotion that’s built up over the previous six instalments.

It’s more than that, too, as this film has a real sense of humour, vitality, heart, and passion. Fruitvale Station’s Ryan Coogler directs, in a film where Michael B. Jordan plays Adonis Johnson—illegitimate son of the former heavyweight champion of the world, Apollo Creed, who played a major role in the first four Rockys. Creed’s heartbreaking death in Rocky IV also reminds us of the devastating consequences boxing can have, while spurring Rocky to avenge his best-friend and create the scenario that enables Adonis to exist as he does: an orphaned child, lost for a long time in the foster care system and juvenile detention centres. 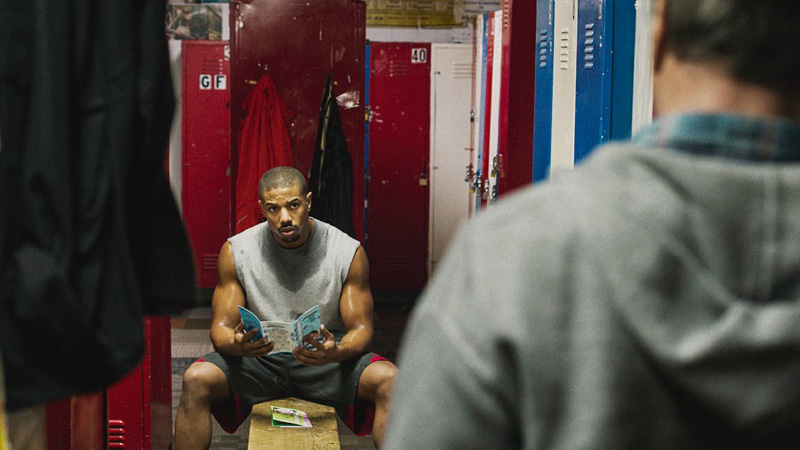 Adonis, who goes by ‘Donnie’ throughout, unsurprisingly wants to take his propensity for picking a fight to a professional level, just like his father famously did. And who better to train him as a boxer than the first man to beat Apollo Creed in the ring, Rocky Balboa? By taking a young fighter and placing him in a story of improvement that sees him go up against a more established opponent, the film honours and echoes the first Rocky, but it gains a lot by following a new character and doing the work to develop him as a person to root for. Not just because we knew his father and he’s an underdog, but because he has the fighting spirit we recognise in Balboa himself. 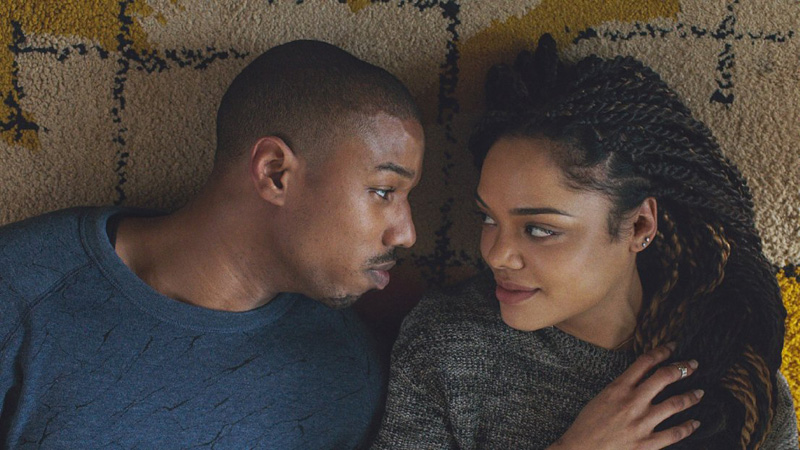 As much as the Rocky films are sporting dramas, they’re also the story of a touching and sweet romance, and of the difficulties the characters have facing life outside of the ring. Fittingly, Creed knows to follow these beats too, although with a different twist. Selma’s Tessa Thompson stars as Bianca, a talented singer suffering from progressive hearing loss. To say she’s just Donnie’s love interest is a disservice to the depth of her characterisation, as their relationship becomes one driven by their support of each other. Thompson is excellent in her role and, with Jordan, establishes a romance that feels just as affecting as that of Rocky and shop girl Adrian back in 1976. Bianca and Donnie, along with Rocky, become something of a makeshift family, allowing the former champ to feel connected to people in a way he’s struggled to since the events of Rocky Balboa, and more likely ever since his wife passed away. 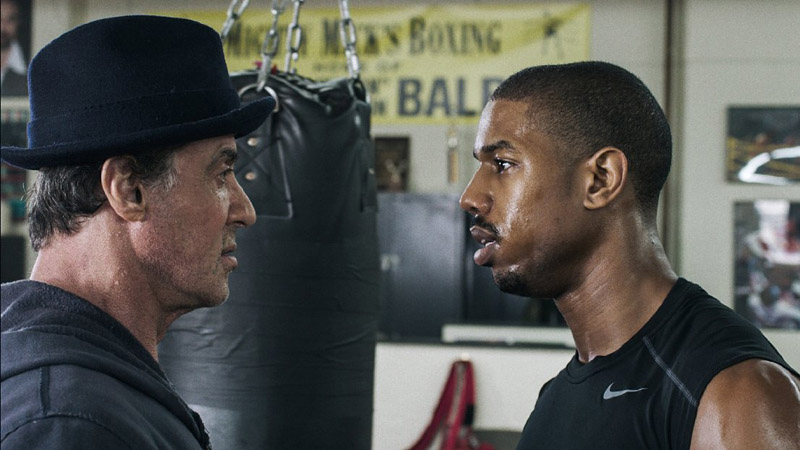 Creed smoothly integrates further drama as Rocky’s own problems get a moment in the spotlight, and as we get to consider the issues the film’s characters have living up to their potential. Like any good underdog story, it’s not as much about fighting to win as it is about having the strength to believe you can be a challenger when everyone else doubts you, and that you can “go the distance” to prove your worth. Self-belief and courage have always been the backbone of the Rocky saga, so it’s encouraging to see those virtues applied again here.

The direction from Coogler is magnificent too, as he brings a pulsating tension to the fights that’s always rooted in his characters, whether they’re in training or a bout. There’s a sensational energy to Coogler’s film, and while it’s on display in awesome fashion during the climactic fight, it’s ever-present and perhaps most notable in an impressive early boxing match shot, start to finish, in a single take. Even if the story beats are very familiar, the style Coogler brings is brand new, and bolstered by a terrific musical score from Swedish composer Ludwig Göransson that effectively modernises the iconic Rocky soundscape, creating interpolations of “Going The Distance” and “Gonna Fly Now” from the original, while crafting distinctive music to the new character of Adonis Creed. 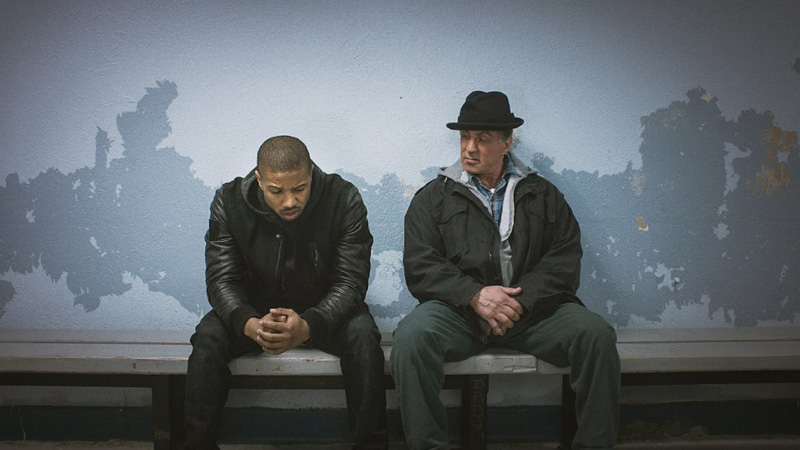 There’s a great deal to commend about Creed, as it proves there’s life left in the Rocky series and the character of Rocky himself. Stallone’s at his best in years in his defining role, playing a Rocky who’s become just as untethered from the world as Donnie is. His feelings of loneliness have come through personal loss and tragedy, while Donnie’s have come from starting out in the world with so little, but both see something of themselves in each other. The dynamic they share and the bond they build is one of Creed’s biggest strengths. And while Stallone’s impressive turn will surely be the one most praised, Jordan is just as impressive, bringing personality, warmth and fearlessness to the title role.

Creed is a massively confident and compelling next-step for the Rocky movies that expands the story with a straightforward, hard-hitting, character-based approach. The screenplay from Coogler and Aaron Covington exhibits a vision for telling more stories in this world, while examining racial and societal issues in a way that’s both similar and different to what’s been done before in this franchise. Really, Creed is everything Rocky fans could want, and more; it’s nostalgic enough to allow the series to stay true to its roots, while moving things forward in a new and interesting direction. The plot might be predictable, but that’s no knockout blow when the characters are so strong and the tale so connected to the enduring appeal of underdog stories.