After last week’s remarkable mystical adventure with Kevin Garvey Sr. (Scott Glenn), it was the turn of his son for “G’Day Melbourne”, as Kevin (Justin Theroux) got embroiled in a more suburban and emotionally devastating escapade of his own. While Kevin and Nora (Carrie Coon) excitedly flew to Oz together, there were early signs their relationship’s on the rocks, after Nora goes went ahead without waiting for him at check-in — ostensibly because she has $20,000 strapped to her body. You can only take $10k into a foreign country with you, but they could’ve split it 50/50. It’s plausible Nora didn’t consider that logic, but knowing where they end up as the end of this hour… it was a good signifier she’s becoming more independent from Kevin (who’s increasingly just a physical shield against loneliness).

After arriving in Melbourne, the episode effectively split into two halves. Nora is the reason they’re in town, and she’s ready to debunk two scientists who claim to have found a way to send people to where the missing 2% vanished to, by dousing them in a special radiation. Skeptical, but intrigued, Nora went through an unconventional “interview” with Dr. Eden (Katja Herbers) and Dr. Matti Bekker (Victoria Haralabidou), to become their next volunteer. She was given physical examination to test her tolerance to enclosed spaces, before asking her a hypothetical question to assess her morals. To paraphrase: would you cause the instant and painless death of a baby, to save the life of another infant who’s destined to cure cancer? Nora answered “yes” (the greater good argument), but this wasn’t the answer the doctors wanted to hear, so her journey came to an abrupt end. 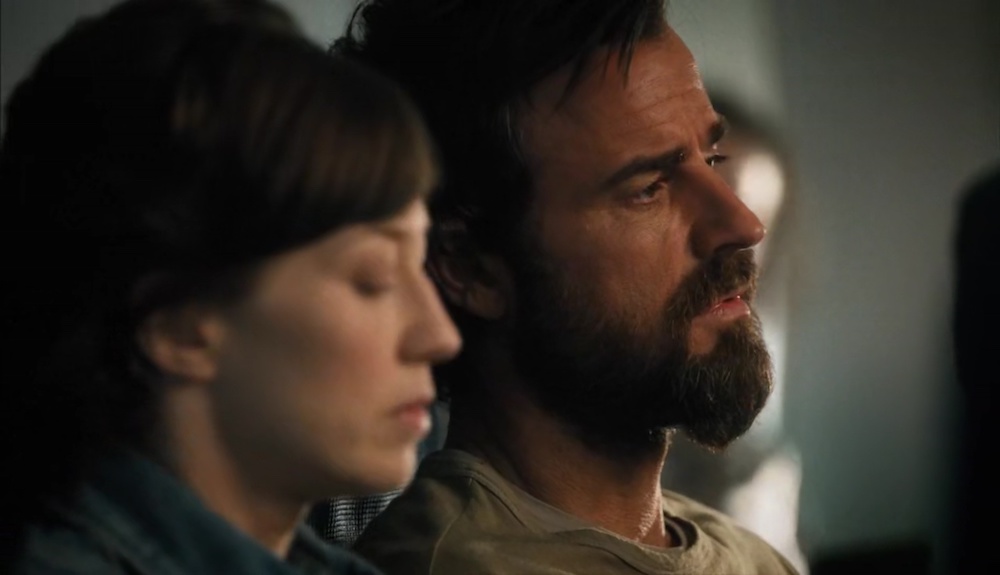 The curious thing is, this scene made sense of the moment last week when Kevin Sr. was posed the same dilemma by a man in the desert. The stranger doused himself in petrol and set fire to himself, after hearing that Kevin Sr. agreed with him the answer to the question should be “no”. So, there is apparently no “correct answer”, but perhaps only a person’s rationale is more important to the scientists? But if it’s proof of a scam, how does it work? The scientists didn’t take Nora’s $20k. Maybe Nora’s reaction and handling of rejection is still part of an ongoing test? The man in the desert failed not because he wouldn’t kill a baby, but because he committed suicide in the face of their rejection? I predict Nora’s not going to take no for an answer…

Kevin’s story was a return to the metaphysical weirdness that began to seep into season 2, with yet another bizarre event occurring in a hotel room involving a television. Here, Kevin saw Evie (Jasmin Savoy Brown) loitering in the background of a live TV show, and drove to the venue immediately to get proof his friend’s daughter is still alive and wasn’t killed in a hushed-up drone strike. I was delighted by the direction this story took, with Kevin actually finding Evie down an alleyway, then taking a photo of her for corroboration by his ex-wife Laurie (Amy Brenneman) back home. The cliche of these scenes is that Kevin was going to tap “Evie” on the shoulder and have her spin round to reveal he was mistaken, so it was great fun to see a different outcome. Although, rather cruelly, the writers had just taken a different approach to carrying out the cliche: as “Evie” was indeed just a foreign librarian, and Laurie was humouring Kevin’s “discovery” because that’s what you do with people in the midst of a psychological break. 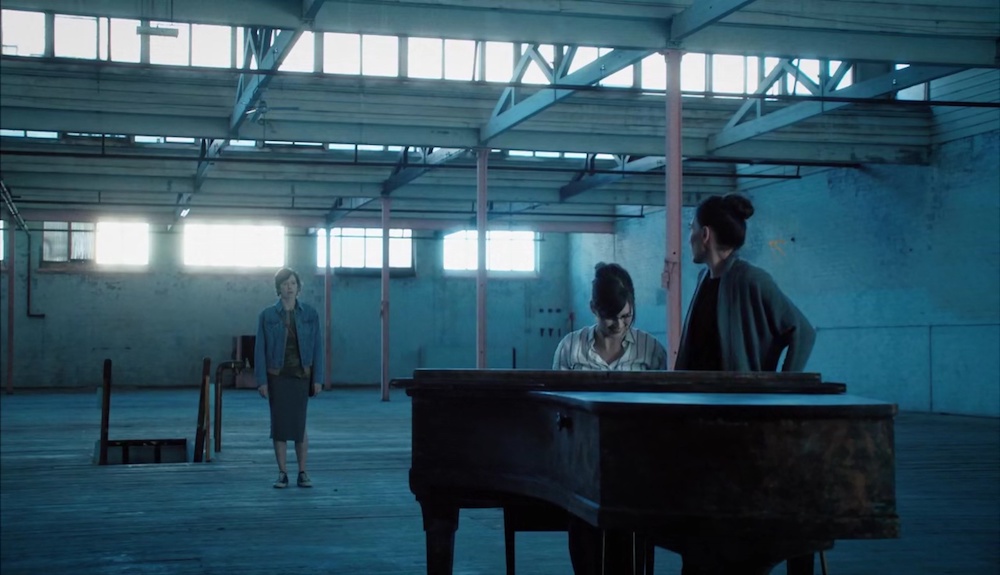 In some ways this was a disappointing turn of events, as it felt like Kevin had stumbled onto something big and was about to blow a large conspiracy wide open. In retrospect, nothing would’ve made sense beyond Kevin seeing things again, but that didn’t stop a lot of half-baked theories bubbling up in my mind. Had Evie been smuggled overseas by the US government? Had she been reincarnated as another person? Were the Guilty Remnant involved somehow? Had Kevin crossed into the afterlife back at the hotel, or during the flight to Australia, so Evie was more a symbol of something he had to put right? But no, it seems Kevin Garvey’s mental illness is making a comeback. Despite the fact season 2 offered us hard proof he’s not crazy (there are sane witnesses to his death and resurrection), maybe the truth is Kevin’s mentally ill and yet genuinely touched by divinity? Or maybe faith is blinding people to other explanations for Kevin’s miracles?

Nora and Kevin both ended the day in a very bad place, reuniting back in their hotel room. Kevin’s aware that his health problem has reared its ugly head once again, or never truly went away; while Nora’s lost the opportunity to expose a scam, which on some level she was hopeful would be genuine and reunite her with her missing family. And who knows, maybe the “scam” is just a more elaborate version of what John (Kevin Carroll) and Laurie are doing with their psychic readings? It’s possible the scientists are leading grieving people to the very edge of getting closure on the Departure, then denying them it in such a cruel way that they have no choice but to get over it and move on. Tough love? 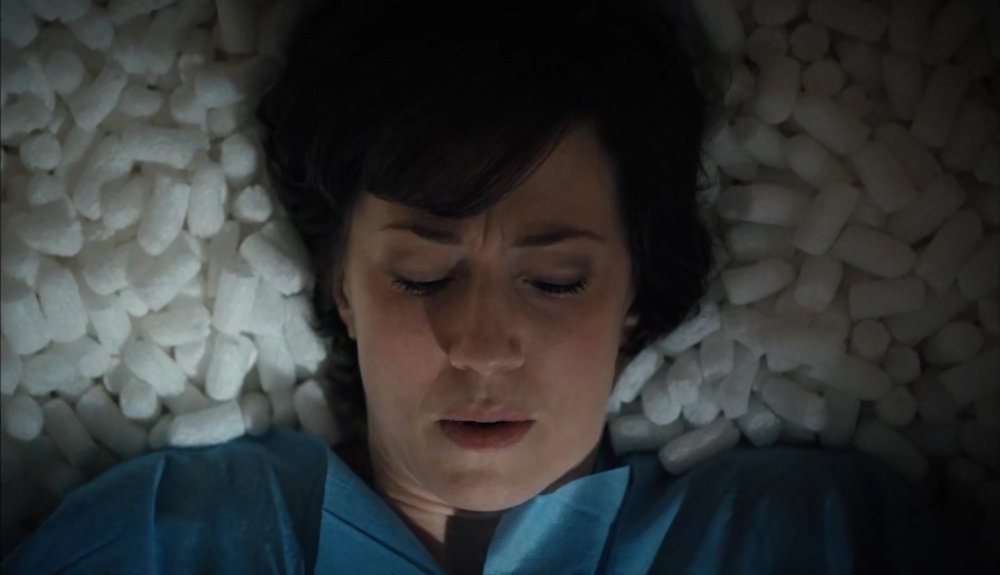 The end of the episode signified the end of Nora and Kevin as a couple. They had a terrible row, during which Kevin burned “his book” (the so-called gospel written by Matt), and triggered a fire alarm that evacuated all the hotel guests. And with Nora sat on the soaking wet bed, “crying” from all the sprinkler water running off her eyelids, as ‘The Book of Kevin’ burned in their room’s sink, Kevin walked out into the city street and straight into the waiting arms of his father, who’s arrived in Melbourne with Grace (Lindsay Duncan).

“G’Day Melbourne” was another hour of The Leftovers operating in perfect harmony with its characters, their emotions, and the deeper mysteries. I must admit that, on some level, it feels like you’re being jerked around a little now, because I thought the events of season 2 were unquestionably supernatural regarding Kevin. And if the show reneges on that, I hope it does so plausibly, and offers us something equally as satisfying. It’ll certainly be interesting to see what happens with Kevin now he’s under the charge of his father, who believes in his son’s miracles, and is shacked up with a woman who wants Kevin to die and commune with her dead family. Nora’s story is also very unpredictable, now she’s separated from Kevin, unless she can find a way to get back in touch with those scientists… 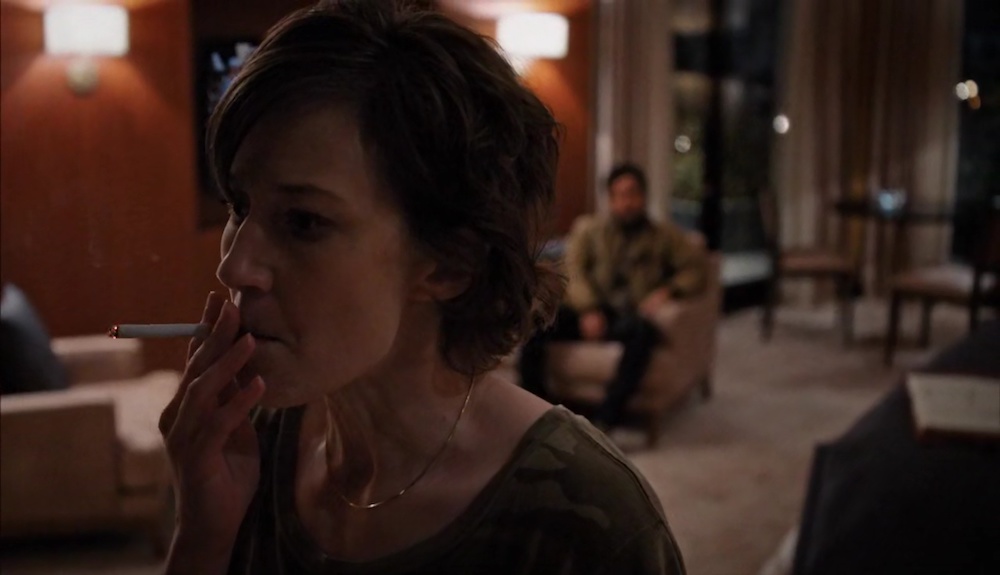