Given the title and its position as the penultimate episode, ahead of a finale that’ll further entangled us with riddles and nonsense, “Nothing Lasts Forever” felt like a subdued send-off for Mulder (David Duchovny) and Scully (Gillian Anderson). It wasn’t a great “farewell”, but the last scene was quite touching and might’ve worked as a low-key way for these icons to fade away forever. Season 11’s been confirmed as Anderson’s swansong as Scully, so let’s hope next week’s episode finds a way to bring her X-Files tenure to a meaningful close.

This week’s episode, written by Karen Nielsen (a script co-ordinator on the last few seasons), directed by series veteran James Wong, was another of The X-Files’s surprisingly rare dips into vampirism. A man was abducted and his organs harvested by weird surgeons, one of whom tasted the guy’s bloody innards, before an apparent “vampire slayer” called Juliet (Carlena Britch) made an acrobatic entrance to hammer a “stake” into said physician, then anonymously leave the stolen organs at the entrance of a local hospital. 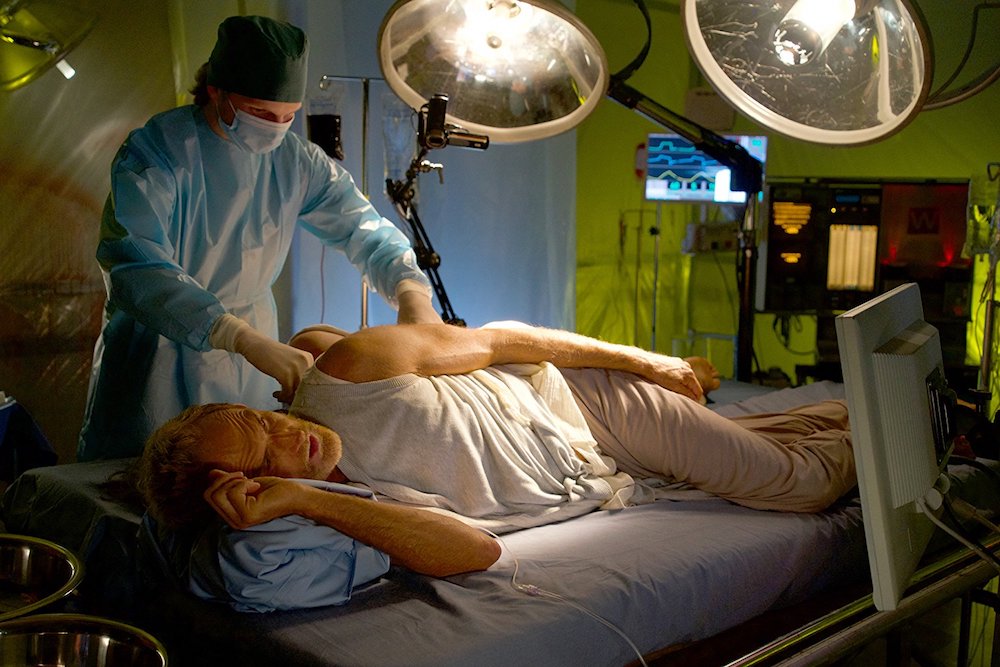 Mulder and Scully were quick on the scene, with Mulder now enjoying making more down-to-earth investigators back away in confusion from his insane theories. Eventually, suspecting a ritual killing, they’re led towards a strange cult led by reclusive former TV star Barbara Beaumont (Fiona Vroom), a septuagenarian who looks to be in her thirties, and her similarly youthful octogenarian lover Dr. Randolph Luvenis (Jere Burns). They pair seem to have found the answer to immortality, which involves the devouring of fresh organs and blood, while brainwashing gullible young people into having lots of sex in their darkened apartment before they’re selected to be surgically conjoined to Randolph in order for him to reverse the ageing process.

There were a lot of excellent visuals and strange ideas bubbling around this hour, which helped how the investigation itself wasn’t particularly interesting or clever. If you enjoy gore and blood, “Nothing Lasts Forever” had a surprising amount of graphic moments — like the bones of a chest cavity being cranked open, or someone’s palms being slashed open with a knife. The basic idea of putting a surgical spin on vampires, then tying that into the pursuit of eternal youth and beauty, also worked nicely. Sunlight is known to be bad for your skin, hence why Beaumont’s curtains are always closed during daylight hours, and she’s content to exist as a mother hen to a gang of younger acolytes, parroting her old appearances on 1970s TV shows. 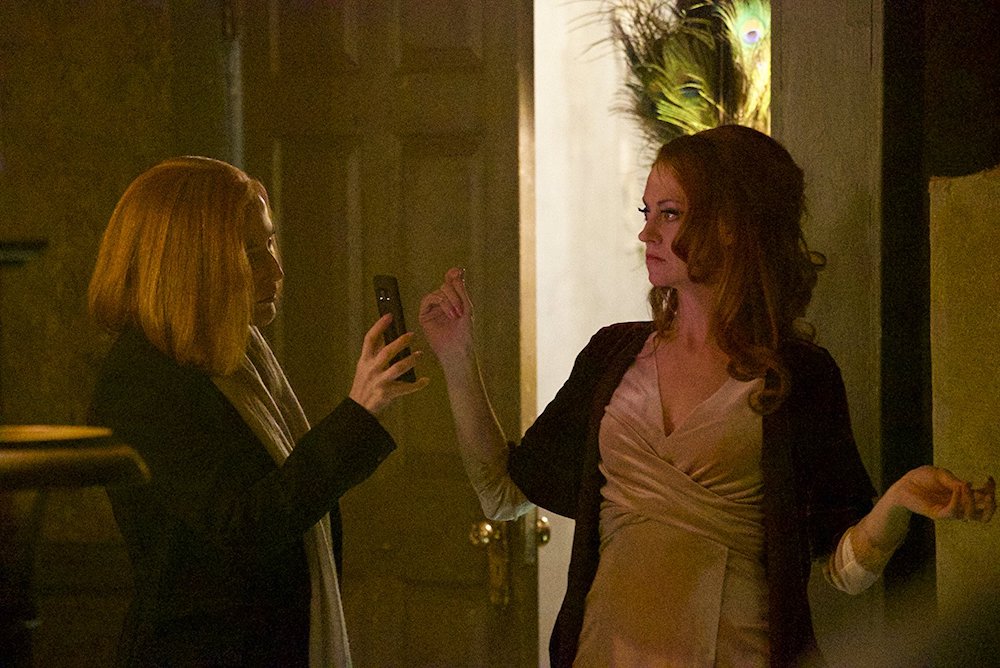 The thing I was confused by, which needed further explanation, was how the brainwashing in that cult worked. It would make more sense if they were all middle-aged or elderly followers, hoping to reverse the ageing process as Barbara and Randolph have, because I didn’t understand why people in their twenties were happy to hang around a gloomy apartment on floor mattresses. They had evidently been lied to, or were expecting something else to come of their participation, but the script didn’t deliver a convincing reason for how Beaumont and Randolph managed to get their little enterprise up and running. The proof’s in the pudding that it works, because Barbara hasn’t aged a day since the peak of her fame 40 years ago, but why get involved when you’re already young and beautiful? If I was going to be grafted onto the spine of Jere Burns, I’d need more information!

Away from the “vampires”, this episode also continued to explore, very lightly, the core difference between Mulder and Scully’s: she’s religious, while he’s secular. Cue lots of charming scenes with the pair in church together debating this, with Scully even taking Communion (the eating of Christ’s body and blood — an echo of vampirism). We got some nice moments between the characters in this meditative setting, even if it didn’t always feel like the church scenes belonged in the same episode a moment where someone was disembowelled to the strains of “There’s Got To Be a Morning After”. 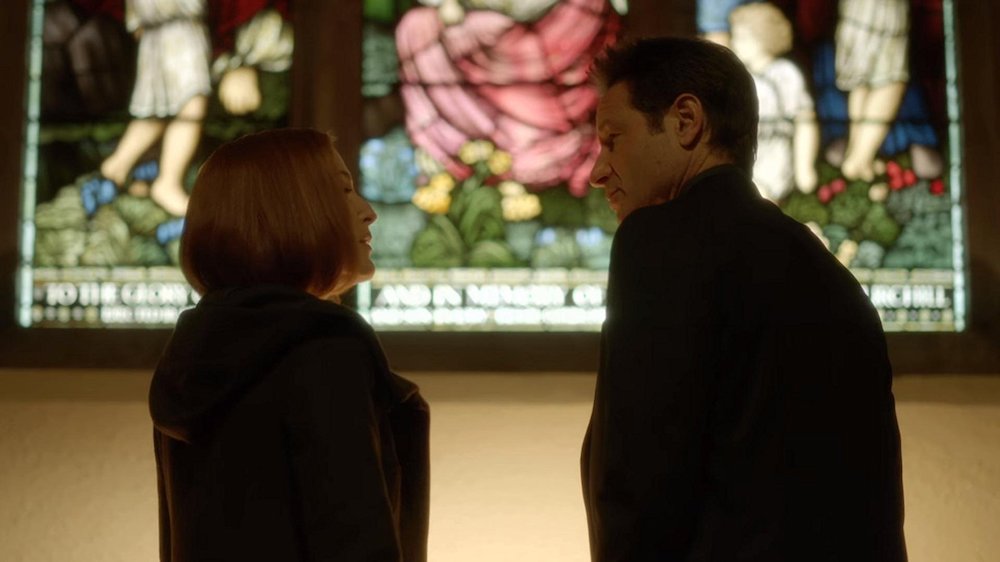 There was also some mention of the ageing process beginning to effect Mulder, who now needs to wear “transition lenses”, which fed into the episode’s theme about trying to keep yourself young and virulent. It wasn’t the most subtle of stories, and didn’t have very much to say that was new about anything, but my only real problem was how the two halves of the story didn’t connect together tonally. The vampire stuff was funny, bizarre, and gross, then Mulder and Scully would suddenly converse about serious issues affecting them personally — at the expense of heading up a compelling investigation. Indeed, this episode felt light on the intrepid FBI agents, almost as if they showed up for a few randomly inserted scenes, before the big showdown in the dim apartment building.

Overall, “Nothing Lasts Forever” was half a good episode (or at least one with some fun twists on vampirism, kept entertaining by good guest stars), bvut it was ironically conjoined with entertaining but redundant Mulder and Scully material. Fans will probably get a kick from the final scene, as Scully whispers something into Mulder’s ears and he says “I always wondered how this would end”. Did she just propose? No, probably not. They’ve likely just decided to get serious and go find their son William.