In the alternate present depicted in AMC/Channel 4’s Humans, the world’s almost indistinguishable from our own, with one key difference: despite technology being roughly on par with reality, mankind’s developed lifelike android helpers known as “synths”. These synths look like real people, but are programmable and unthinking; acting as docile servants and housekeepers.

The heart of the show takes place in the Hawkins household, where married couple Joe and Laura (Tom Goodman-Hill and The IT Crowd‘s Katherine Parkinson) are drifting apart, and their moody eldest daughter Mattie is lashing out at anyone who crosses her path. Joe’s attempt to fix things and bring the family closer together is to purchase a synth—which their youngest, Sophie, names Anita—who will do all the menial jobs and free up time for the family to reconnect. 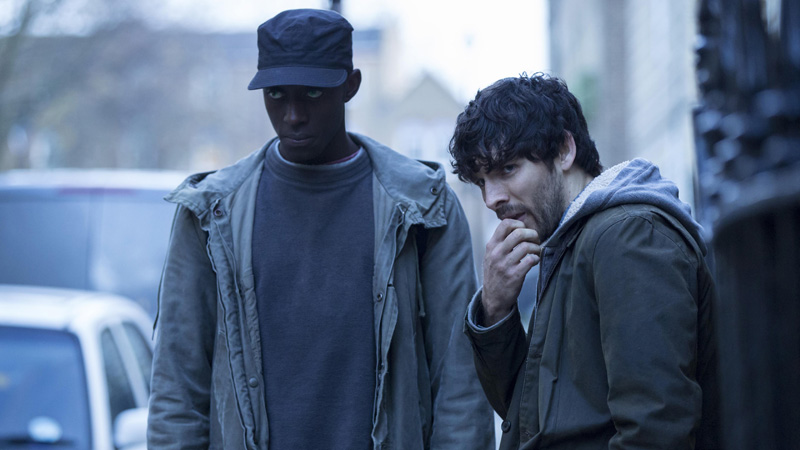 But while the synths are useful, they come with a wealth of complex moral conundrums, which the show explores. How are young children meant to process that this is a machine, not a real friend or parent? What happens when people try to take advantage of the synths in a sexual capacity? Is it even taking advantage if they’re not fully sentient?

And, in perhaps the most fascinatingly prescient notion, what happens when there are no jobs left because the machines can do most things? The parallels to issues surrounding immigration are clear to see, and where Mattie could easily be the annoyingly stroppy teenager, her reasons for being irate are valid—she sees all her preferred, viable career paths as becoming the mandate of machines. She doesn’t want to become a poet, or an artist, so where does she fit in? It’s not just teenage hormones causing her to feel this way—it’s a rapidly changing world that’s already leaving her behind.

As Anita the synth, Gemma Chan is suitably otherworldly; blessed with perfect posture, controlled movements, and piercing green eyes that help distinguish a synth from a human. Goodman-Hill and Parkinson (performers better known for their comedic work) excel as the parents in this fraying family. The writing, too, from Sam Vincent and Jonathan Brackley, perfectly captures the realities of familial friction in a subtle and pleasingly relatable way.

While the material with the Hawkins’ coming to terms with their live-in helper is solid, Humans‘ strongest strand comes courtesy of William Hurt’s Dr. George Millican, an ageing scientist who’s formed a bond with his outdated synth Odi, which holds in its memory the last surviving link to his deceased wife. While synth-monitoring agencies urge him to scrap the redundant model, Millican can’t bear to let go, and with Hurt’s fragile, touching performance, it’s more than a little heart breaking.

While Humans excels at the, well, human moments, there’s also a larger plot running through the series. An overarching conspiracy regarding a hypothetical event referred to as ‘The Singularity’, which sci-fi fans will know describes the moment artificial intelligence usurps human intelligence, potentially dooming its creators. 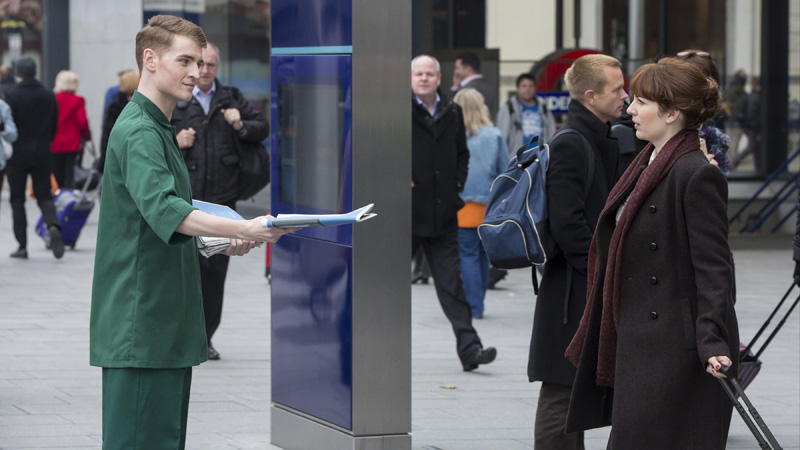 Only, it turns out The Singularity might already have happened, as a character called Leo, played by Merlin‘s Colin Morgan, is on the run with several synths who are not programmable slaves, but have become true AI, capable of free-thought and emotion. While Leo—whom we presume, for now, is human—hides the evolved-synths in plain sight, the one he fell in love has gone missing without a trace. He has no idea that an unwitting family has bought her and named her Anita…

It’s this more overtly thriller-style strand which gives most cause for concern when it comes to Humans. It’s not that it’s bad, just that feels less fully formed than the more intimate family moments. The show doesn’t yet have the scale to convey the danger of fugitives on the run, nor a conspiracy about sentient synths. It all feels a touch thin, and Morgan may lack the gravitas to carry this arc. It also raises the possibility of a dozen “and he was a synth all along!”-style twists, which seems inevitable, but is a tired trope nowadays, and one that we hope Vincent and Brackley won’t rely on too heavily (if at all).

Like all the best science fiction, Humans takes real-world issues and explores them under the guise of allegorical scenarios and situations. What’s great about this particular slice of sci-fi is that the science element is actually quite slight. Humans ought to be perfectly non-threatening to those who usually shy away from the genre. This is science fiction, but it’s very accessible, set in a world that, for all intents and purposes, is visibly our own. Just with robots.

It’s difficult to tell where Humans will go over its eight-part run, but this is a great start, and it’s a show that’ll leave viewers mulling over the moral and ethical questions the existence of synths poses. The scary thing is: the way technology is advancing, we’re probably not far off facing them ourselves.