For a penultimate episode, “Fall” didn’t feel like one. The big storyline was something harking back to the Sandpiper case from Better Call Saul’s first season, and it was unclear what the “fall” of the title represented. A few people had some mishaps and were taken down a peg or two, but this happens most weeks. The whole show is one long fall, really. Still, ignoring the expectations that naturally form when you’re a few weeks away from a season finale, and this episode was otherwise very good. I enjoyed a great deal of what was happening, but let’s hope the finale’s a touch more propulsive.

The meat of this episode was focused around another of Jimmy’s (Bob Odenkirk) long cons, this time designed to line his own pockets in the wake of his commercials misspend and fact he can’t practice as a lawyer for a tear. Jimmy’s plan was downright devious, as he schmoozed his way into the home of his former client, the elderly Irene (Jean Effron), who’s the Sandpiper class action representative. HHM are handling all the complicated legal affairs, of course, but Jimmy came to realise that the company’s not being entirely fair to Irene and the other claimants. They’ve already received a sizeable offer, but HHM are content to hold out for more, because delaying payout will accrue their company even more cash. Jimmy’s not happy about that, as he’s missing out on his share of the settlement, which amounts to just over $1 million, which he could really use right now. 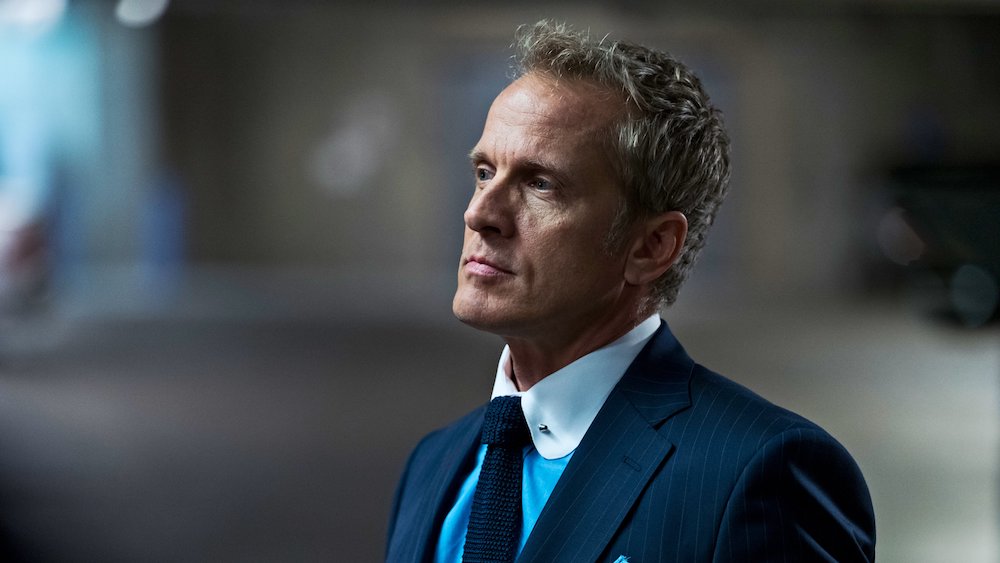 I’ll admit, there were times when I thought Jimmy’s heart was in the right place over the Sandpiper situation, and he certainly wasn’t wrong about why HHM aren’t advising the claimants to settle early. But, of course, he was largely being driven by selfishness and dollar signs. It made for a very entertaining hour, as Jimmy set about trying to manipulate the situation after Howard Hamlin (Patrick Fabian) saw right through Jimmy’s suggestion HHM settle early. What I loved is seeing Jimmy’s plan slowly take shape over this hour (which perhaps represented a few weeks), and ultimately come together: gifting Irene a pair of expensive trainers to go jogging in, then tipping poison into the ears of her friends about why moneybags Irene’s reticent about accepting Sandpiper’s offer.

Of course, the fun of seeing Jimmy apply his skills as a conman were tempered by the fact he was hoodwinking a sweet old lady. Jean Effron did a beautiful job as Irene, making your heart sink when Jimmy succeeded in turning her into a social pariah. Jimmy’s final underhanded move (weighing down some numbered ping pong balls, to ensure Irene won at bingo, to the consternation of her friends), was rather heartbreaking once Irene burst into tears at the non-reaction from everyone around her. It may have been a pretty low scam, that perhaps it really was the best move for the Sandpiper clients (who aren’t getting any younger as the case rattles on), but it still made you consider Jimmy’s morals in a different light. I just hope Irene’s friendships weren’t totally destroyed in the process, now she’s settled and Jimmy has a cool million headed his way. 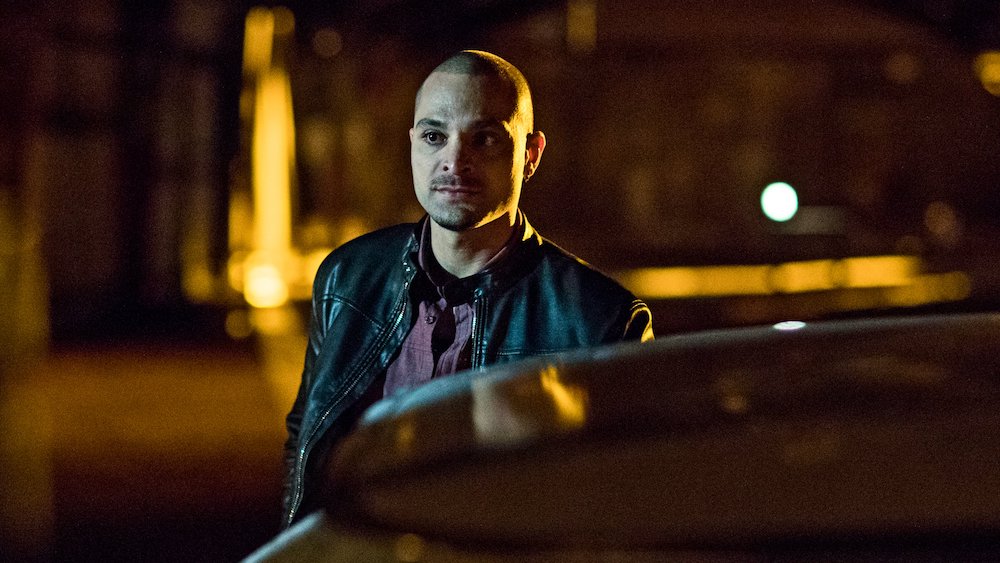 The other storylines this week were a little slender by comparison. Mike (Jonathan Banks) went to see Lydia (Laura Fraser) at Madrigal, the German international corporation that’s financing Gus Fring (Giancarlo Esposito), to realise he’s the first person Gus has put on Madrigal’s payroll to launder his money. So it seems Mike’s a privileged new part of Gus’s operation as “security consultant”, but he also got wind from Lydia that Gus is far more than a drug dealer. Does he know what he’s getting into? And will the price for his special treatment and money laundering be worth it? What taints these thoughts is that, to a large extent, we already know the answers because Better Call Saul is a prequel. Mike’s downfall won’t be at the hand of Gustavo Fring. But perhaps there’s more depth to exactly what Mike’s line of work came to involve while in The Chicken Man’s employ, who knows.

Gus himself appeared in this episode, during a short scene where he rendezvoused with Hector Salamanca (Mark Margolis), and both men were informed their mutual boss, Don Eladio, wants their fraught arrangement to continue. But this clearly benefits Gus more than Hector, because it’s Gus’s transportation of drugs safely across the border that’s proving the big winner. Hector is being kept sweet with assurances his territory won’t be encroached, but is pretty much becoming the second lieutenant who handles the street dealers and counts their money each week. The scene was also notable for a moment when Hector’s poor health became more obvious, even to Gus, when he went for hills pills — which we also know have been switched for ibuprofen and aren’t of any benefit. 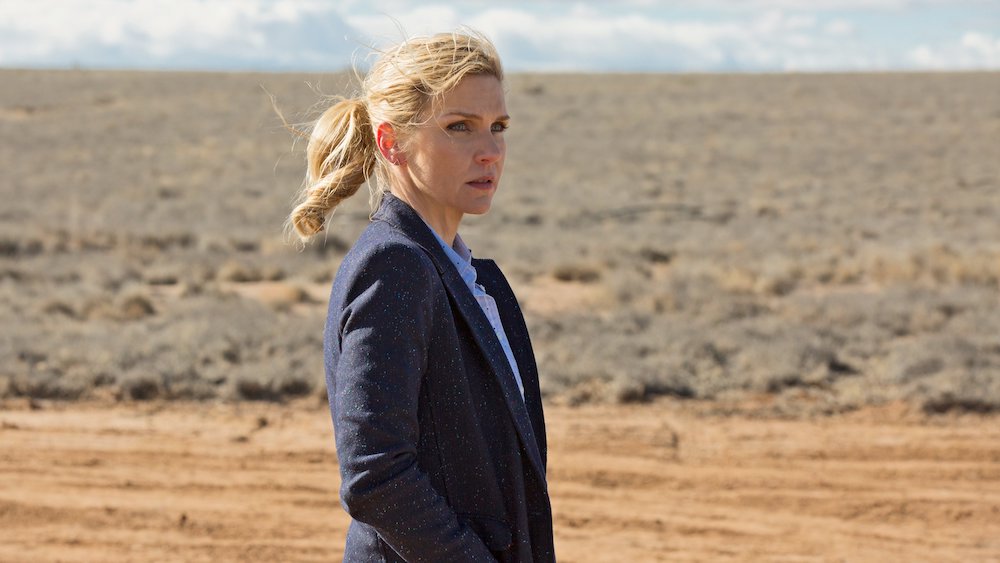 Leading on from that, Nacho (Michael Mando) has made his father aware that Hector’s going to come asking for his cooperation smuggling drugs over the border, and the news looks to have damaged their father-son relationship. Nacho hopes it’ll be a short-lived arrangement, as Hector will likely die of a heart attack soon, but that come to pass? It was interesting to realise during their late-night conversation that Nacho’s father knows of Hector, and it seems Nacho once worked for him long ago, before apparently turning over a new leaf to earn an honest living in the family business. This information coloured the background of their relationship nicely, so I’m looking forward to seeing if Nacho’s dad stands his ground against Hector, or goes along with the deception. Mando did terrific work here, too — an often overlooked actor on the show, making you care about a nice enough guy who simply can’t the money crime pays.

Chuck (Michael McKean) definitely had a fall, although he’s not down for the count just yet. Jimmy’s leak about his brother’s health issues came to bite HHM in the backside, as the malpractice insurance agency want to raise the company’s premium in light of it. Howard can’t afford that, and Chuck isn’t receptive to the idea of early retirement, so a new battle is brewing after Chuck decides to sue his own company for his share of $8 million. Interesting to ponder how this one’s going to develop, and I enjoyed the scenes of Chuck putting on a brave face around various electrical items… then wincing or doubling up in pain once Howard isn’t around to see him. 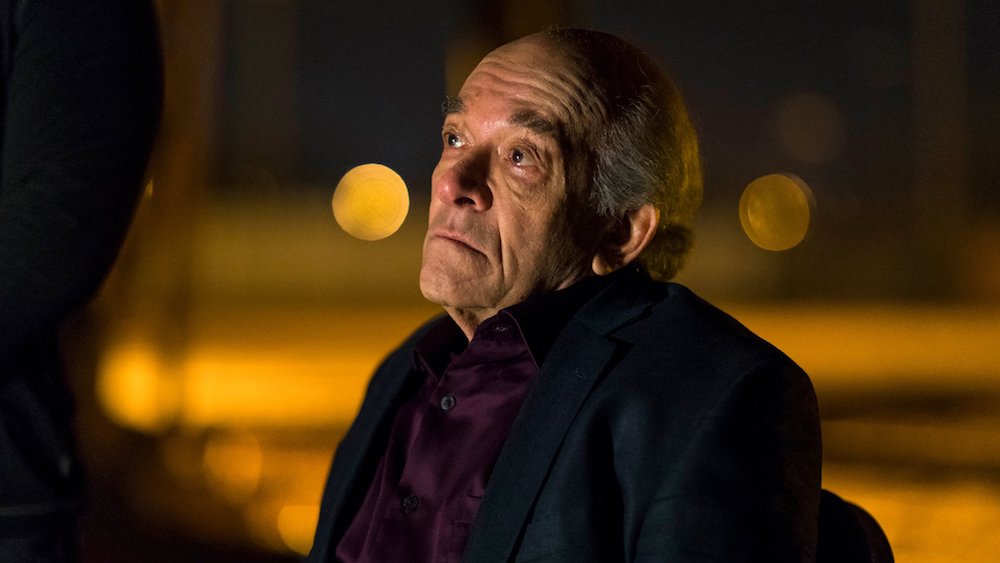 And finally, there was a slightly odd subplot with Kim (Rhea Seehorn) this week. She’s seen taking on a second client, Gatwood Oil, but I was confused by the early scene of her car tyre getting stuck in the desert, forcing her to jam some wood under the tread for support, before the car almost rolled away into disaster. It was a peculiar scene, seemingly of no real consequence, but by the episode’s end its inclusion was clearer: Kim’s lucky, but her luck’s ran out. Overworked and fatigued, Kim didn’t even have time to celebrate with Jimmy over the Sandpiper settlement, and momentarily lost concentration at the wheel — crashing her car, to stumble out onto the country road with some minor injuries as her legal documents flew everywhere in the breeze.

This final moment was a bit strange, however. I didn’t like how it was put together. The crash was certainly a bolt from the blue, putting you in Kim’s headspace, but something about it didn’t make sense to me. In replaying the scene, I think my disconnect is that the scene passing by Kim’s car window doesn’t match the sudden external shot of where her car ended up off-road. It felt like she was driving through town, then was suddenly out in the middle of nowhere. Maybe it worked for other people better, or less observant viewers, but it felt odd to me.

Despite some misgivings about this episode, or the expectations raised by where it comes in the season’s running order, “Fall” was still another good episode that kept you firmly on its hook. I also liked how things were weighted towards Jimmy’s story, but every character got a decent share of the action.

YOU, ME & THE APOCALYPSE – ‘Episode Ten’