Children are hidden away in the attic by their conspiring mother and grandmother.

I must admit to having a strange relationship with Flowers in the Attic. For most of my youth, whenever I saw the book or heard the film mentioned, I thought it sounded a bit ‘girly’ for me and never paid much attention to it. Anyone who knows what V. C. Andrews’s novel is about will know my opinion was naïve and ill-informed, and I admit I was completely wrong. To this day I’ve never read the source material, but I did dedicate some time to watching the Lifetime adaptations featuring Heather Graham and was pleasantly surprised by how fascinating and dark the story was. Now, Arrow Vide have given their usual care and attention to the original 1987 film and it’s interesting to see how it differs from both the book and recent TV version.

Flowers in the Attic is best described as part Gothic horror, part psychological drama. It never descends into full-on horror, but the tension and claustrophobic atmosphere creates a chilling and unsettling storyline featuring the Dollanganger family. The children lose their father which causes their mother Corrine (Victoria Tennant) to take them away to live with their grandparents. Sounds ideal on paper, but her relationship with them, especially Corrine’s religious mother Olivia (Louise Fletcher), is tempestuous at best. The children find themselves locked away in a single bedroom as if they don’t exist. The older children, Cathy (Kristy Swanson) and Chris (Jeb Stuart Adams), find this especially difficult and are extremely curious about what happened between their mother and grandmother. Mysteries are uncovered and a violent past rears its ugly head, with terrible consequences for all. 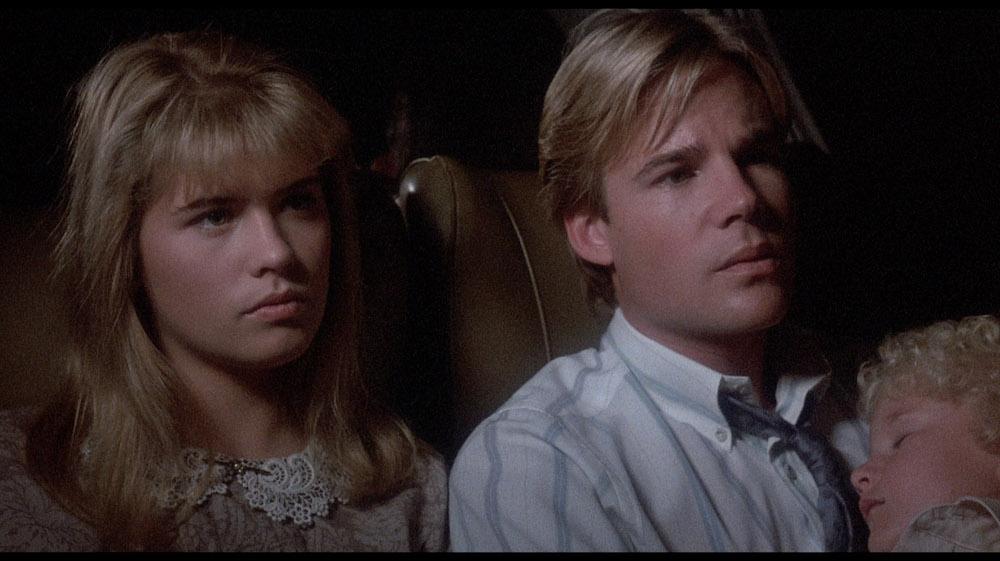 The psychological terror of Olivia’s treatment, of not only her own child but the grandchildren, also is played to perfection by Fletcher. She’s a real highlight of the film; manipulative, unhinged, and unwilling to drop any grudges she’s held for many years. Her treatment of Corrine causes her daughter to become a selfish and desperate soul, looking for happiness where she can find it, and deserting her children as if they never existed. She forms a relationship with Bart Winslow (Leonard Mann), believing she can have a life of luxury and joy, while leaving her offspring trapped away to suffer at the hands of their grandmother. It’s an uncomfortable and agitating watch, and one really grows to hate Corrine despite everything she’s been through herself. 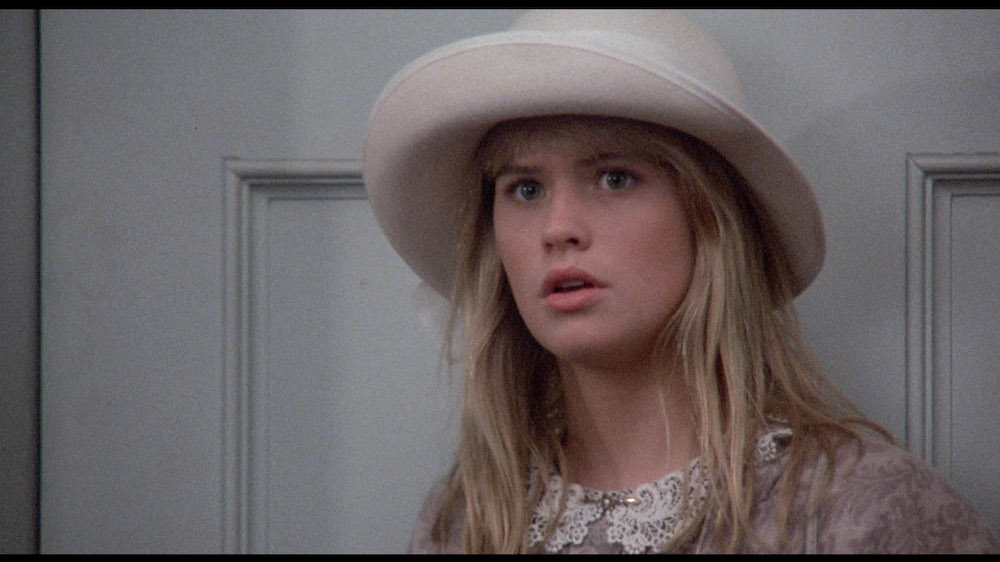 Despite everything, the Dollanganger kids persevere. Not all of them make it out alive, but they fight back against Olivia and look to shame the mother who abandoned them. Swanson and Adams do their best with this material, but their performances are rather hokey in some scenes. But both genuinely look and feel like brother and sister, which adds to the realism. It’s interesting to note how toned down their incestuous relationship is, compared to the book, as this was apparently due to negative feedback in test screenings. To me it’s quite an important part of the story, and removing it changes their dynamic, so it’s disappointing the studio felt this change was needed. 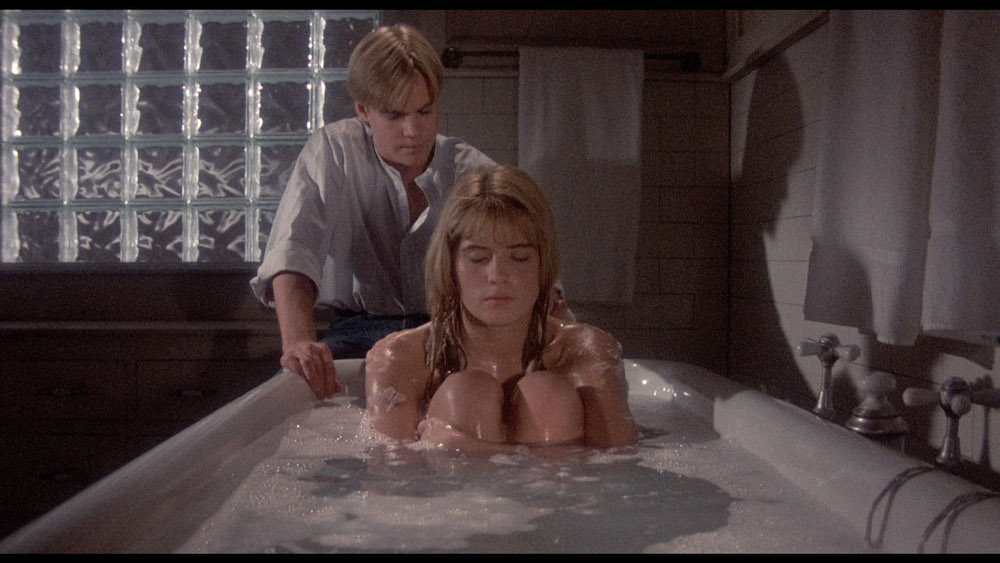 And as for the ending, that’s another story of conflict and change, with the first cut based on the source material not testing well. Luckily the original version of the end scene is included on the Blu-ray, so you can make your mind up between the two. I think the first ending leans more towards horror, so it works well for me, but not necessarily for the target audience.

The movie itself may not be the best, but it remains a fascinating piece to view in a historical context; both in terms of the challenges of adapting a book to screen, and the role of test audiences in shaping movies. I enjoy the dynamic between the family, and how the story is very insular and doesn’t allow for breathing room. After watching the special features I learned a lot more about how difficult it was to make the movie, the editing choices they had to make, and why the end product turned out this way.

In context, it’s not a bad effort, but one can’t help but wonder how better it might have been if they’d been more faithful to Andrews’s ideas and story. It’s almost as if they had a strong core idea to build on, but wanted it to fit a different mould. One can certainly see why they didn’t go with Wes Craven’s screenplay, although that’s  something I’d love to have seen come together. Flowers in the Attic remains a controversial and discussion-worthy piece to this day. 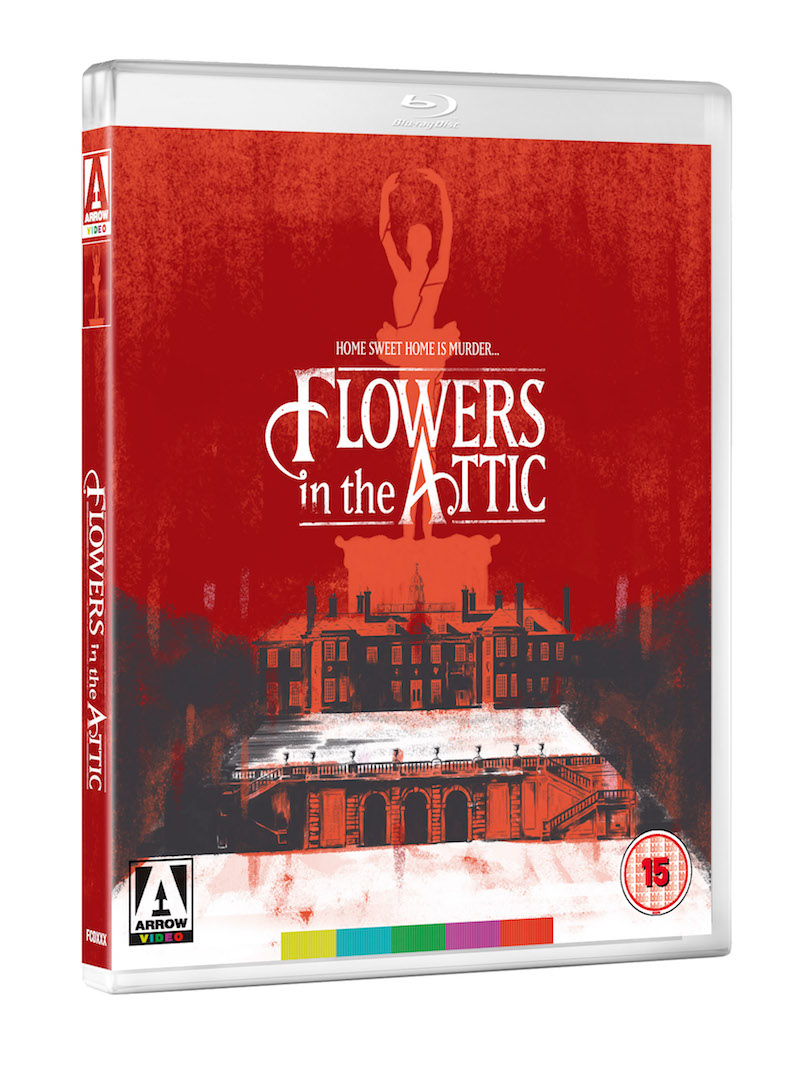 Arrow Video’s Blu-ray release gives a low-budget movie the best visuals it possibly can along with the original lossless 2.0 stereo audio, allowing Christopher Young’s score to remain as unsettling as ever. Flowers in the Attic is never going to look spectacular, but the 1.85:1 ratio image captures the gloomy nature of a Gothic nightmare with decent clarity putting you in a confined space with the Dollangangers. It’s a solid effort for a film that focuses more on character than cinematography.

Written By
David Bedwell
More from David Bedwell
After deadly terrorists abduct his niece at a football match, an ex-soldier...
Read More