Shortly after delivering a patient to an understaffed hospital, a police officer experiences strange and violent occurrences seemingly linked to a group of mysterious hooded figures.

Steven Kostanski and Jeremy Gillespie are two Canadian filmmakers who specialise in 1980s-inflected low-budget horror movies, through Astron-6, which has so far produced Father’s Day (2011) and Manborg (2011) amongst others. The Void is their latest offering, which made waves at Fantastic Fest and the Toronto After Dark Film Festival last year, and it does represent some growth and maturity, if only because there’s no comedic element you can blame for any sniggering.

Police Deputy Daniel Carter (Aaron Poole) happens upon a bloodied man crawling in the road during a night shift, and takes him to an understaffed hospital where his estranged wife Alison (Kathleen Munroe) works as a nurse. Things take a turn into the bizarre when Daniel is soon forced to shoot dead another nurse, Beverly (Stephanie Belding), whom he finds carving off her own face after murdering a patient while in an entranced state of mind. Outside, a mysterious group of cultists in white robes with a black triangle on the hoods have surrounded the building, preventing anyone from leaving, while inside a disgusting tentacled creature has erupted from Beverly’s corpse… 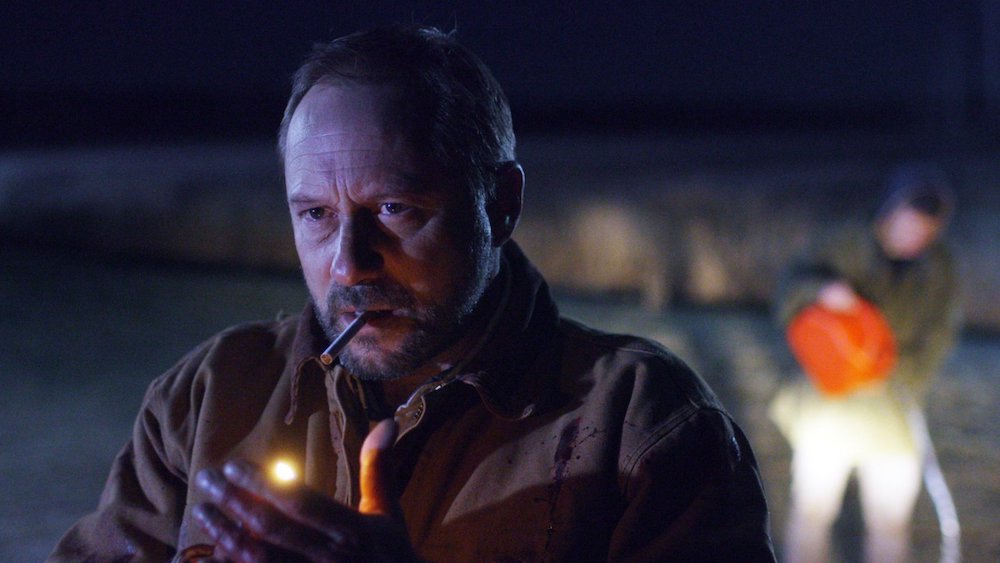 The Void proffers a familiar situation of putting a bunch of random people into an outlandish situation, physically trapped together, while trying to both escape and make sense of what’s happening to them. It benefits from having the horror occur on two front; inside supernatural forces escalating the problem into a mix of The Thing and Aliens, while more human enemies lurk outside ready to murder them with knives. Those joining Daniel and Alison include Dr. Richard Powell (Kenneth Welsh), intern Kim (Ellen Wong), pregnant Maggie (Grace Munro), and her grandfather Ben (James Millington). They’re later joined by an aged state trooper called Mitchell (Art Hindle), and two father-and-son locals called Vincent (Daniel Fathers) and Simon (Mik Byskov) who appear to know something about the freakish creatures that have started to appear.

Sadly, The Void doesn’t have much in the way of fresh ideas. It feels like an opportunity for fans of Lucio Fulci and John Carpenter to create something that brings much of those filmmaker’s ideas to a modern setting, while still employing outmoded ‘80s-era effects of physical puppets and makeup. It’s an affectionate throwback, in other words, and it’s long ago stopped surprising me that horror movies work a lot better when there are real things happening in-camera. It’s a shame CGI has become so cheap that it’s financially easier to do everything in post-production, because seeing a big-budget Hollywood creature feature with practical effects would be tremendously satisfying. Instead, lovers of the craft have to satisfy their cravings with independent movies like The Void, made by likeminded fans. 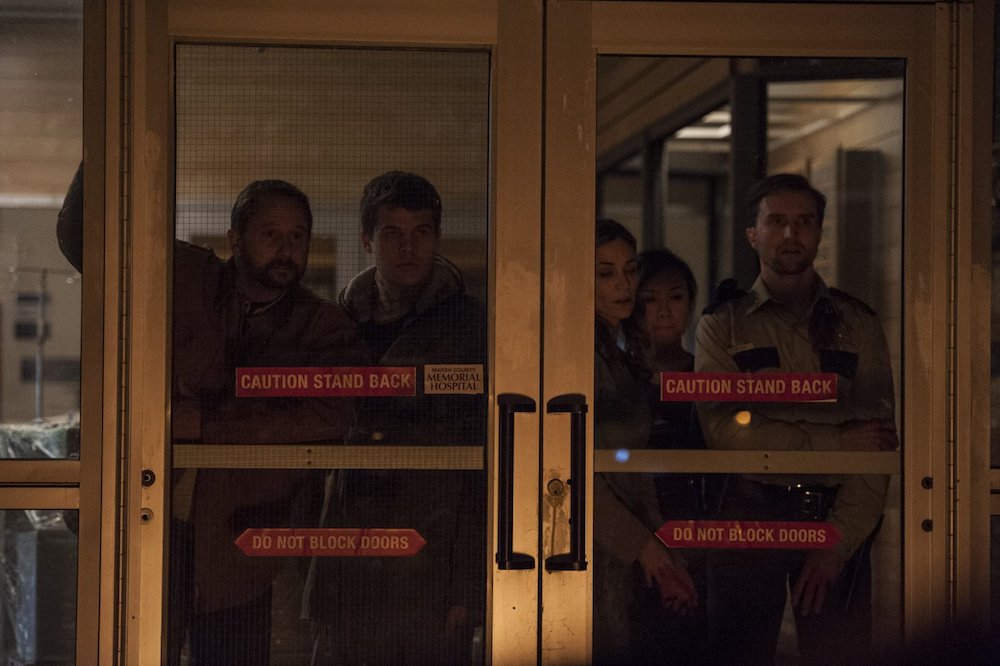 But while it’s a commendable movie in terms of its effects work, it’s unfortunate that the pacing of the story drags considerably once the setup has been dealt with. The characters and the script aren’t strong enough to hold your attention, as letting such thin characters have a conversation would be disastrous. It’s certainly no The Mist in that respect. You’re eager to just see the next freakish monster show up, but even that starts to get less appealing over time. Once things have cooled and started to drag, The Void does manage to claw back your interest once things starts to resemble a cross between Clive Barker’s Hellraiser, Stuart Gordon’s From Beyond, and Michael Mann’s The Keep. The final manages to provoke feelings of cosmic dread familiar to H.P. Lovecraft fans, which was a welcome treat.

Kostanski and Gillespie appear to be better directors than writers, delivering enough strong images and creepy scenes to keep horror fans happy, but it’s a shame the characterisations and dialogue is mostly one-dimensional and flat. While initially intriguing and weird enough to keep you glued, it becomes a difficult story to truly invest in, and no amount of gruesome practical F/X can compensate for that. But if they’re ever given a solid script to work from, or manage to write one themselves that isn’t a fanboy’s checklist of influences and homages, there are moments in The Void to suggest this Canadian duo are getting closer to making something worthy of mainstream attention.

The Void is out now on Digital HD and on Blu-ray & DVD. 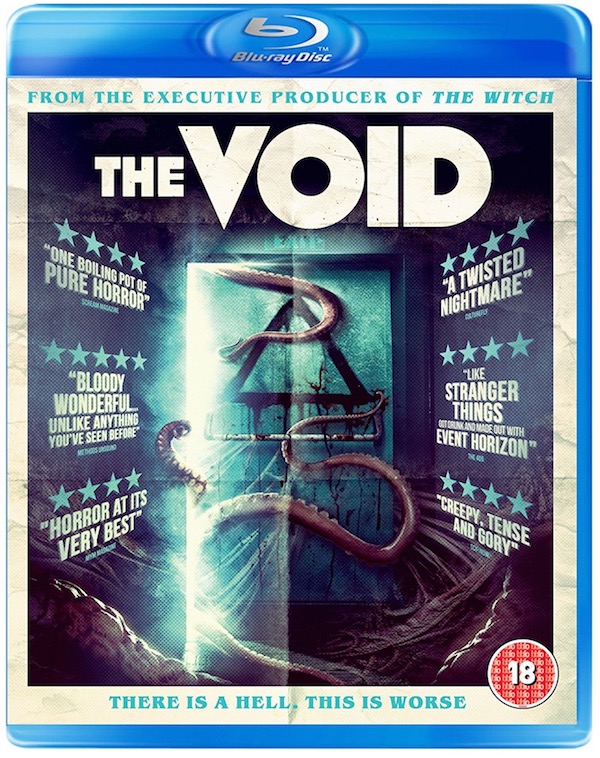 Written By
Dan Owen
More from Dan Owen
After the premiere unexpectedly whisked us to the completely new location of...
Read More