If you like your horror a little on the kooky side, and prefer stranger scares to something more hardcore, then you’re likely familiar with the work of Frank Henenlotter. With cult movies like Basket Case and Frankenhooker on his resume, Henenlotter’s gained a reputation for presenting a weirder and more effects-heavy angle on the horror genre. Often compared to the work of Troma or early Peter Jackson, the director’s filmography has gained a cult following over the years, and while Henenlotter himself has questioned whether his work can be described as horror rather than exploitation, it’s horror fans who’ve kept his career alive.

One such work is Brain Damage, which had the tough job of following on from Basket Case. Henenlotter has admitted that he spent an awful lot of time in his youth watching the cheesiest and sleaziest movies he could, and you can see that influence throughout his oeuvre. If you’ve seen anything of his before you’ll know the tone and structure of Brain Damage: twisted, darkly comical, and outlandish. With a successful home video run after limited cinema screenings, Brain Damage is the kind of cult movie that Arrow Films specialise in. And the cult movie distributor give well-deserved love and attention to this new release, with a Special Edition offering an in-depth look at this divisive movie and the man behind it. 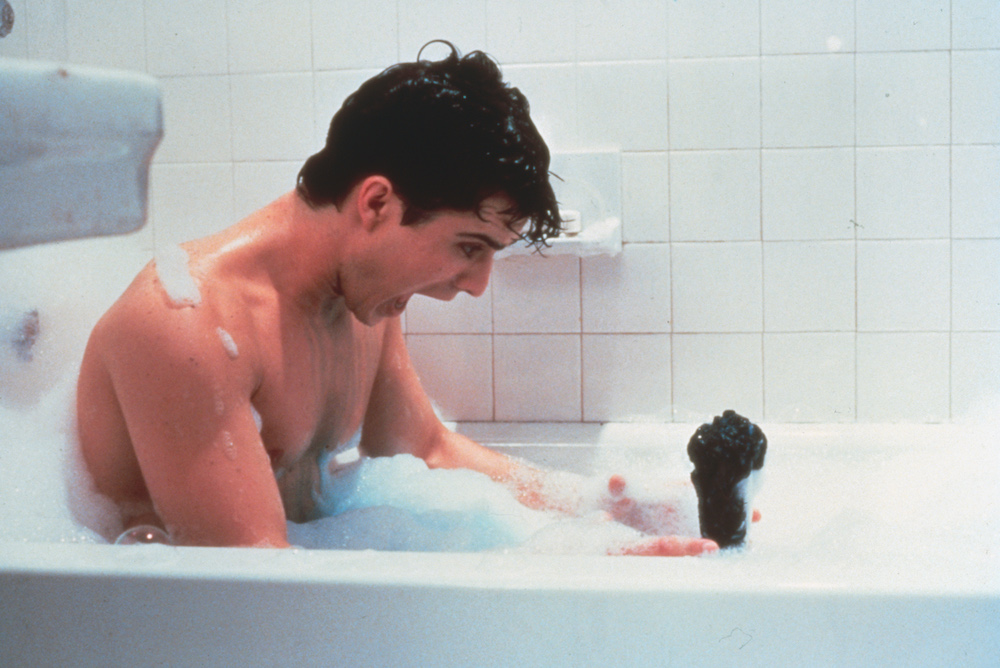 Brain Damage doesn’t tell the most complex of stories. It involves a parasite called Aylmer (voiced by John Zacherley) who’s always looking for more. He may find a host, but it’s never quite enough, so he’s forever leading them into doing his dirty work and sourcing brains. Elmer may be nice enough to give his hosts enjoyable hallucinations and instances of euphoria, but they come with a murderous downside, and it’s that struggle that is the focus of the movie.

Aylmer’s main host in this story is Brian (Rick Hearst), who loves the pleasurable feelings his parasite provides and becomes addicted, delivering Aylmer to anywhere and anyone he can to obtain brains. Unsurprisingly this makes for some messy and gory moments, especially when it comes to Aylmer’s previous hosts wanting him back. Brian’s need for Aylmer means he won’t give him up easily, however, but with the earlier hosts now suffering from withdrawals, who wants the parasite the most? It’s a competition that can’t end well for anyone. 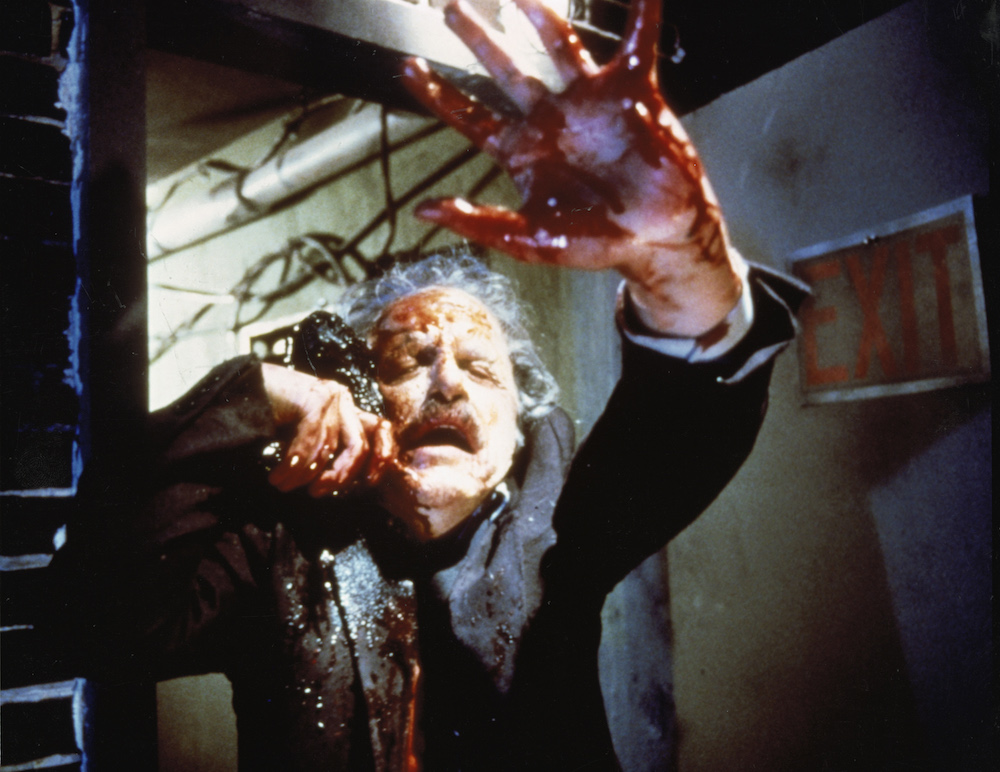 Addiction is a serious subject, and although there are many dark moments of humour here, there’s always an uncomfortable feeling and a true representation of struggle. Henenlotter captures a realism in-between all the schlocky F/X and poor acting. Deep at its heart, there’s a meaningful message about the daily struggle of addicts, and that’s what makes Brain Damage worth watching. It may play many scenes for laughs, but you’ll be left thinking about it long afterwards.

Arrow Films once again excel in delivering more special features than anyone could ever hope for. The new documentary Listen to the Light is the big highlight, with contributions from all of the major players involved in the movie and their memories of working on it. There seems to be a fondness for the work they did together, and all seem truly happy that Brain Damage is still being talked about today. Other features mostly focus on the visual effects, showing the effort that went into creating the memorable creature Aylmer. The disc set is rounded off with a commentary and interview with Henenlotter himself and a few other nice surprises.

Henenlotter’s work isn’t going to be topping anyone’s best-of lists any time soon, but it’ll always have a place in the hearts of the horror community. He never seemed to want huge success, being instead happy to just hope a few people connected with his work. The longevity of Brain Damage is a credit to Henenlotter’s talent and his unwavering views, but also proof that not everything requires a huge budget. Once you realise what’s beneath the surface of Brain Damage, it has a lot to offer and is certainly worth watching. 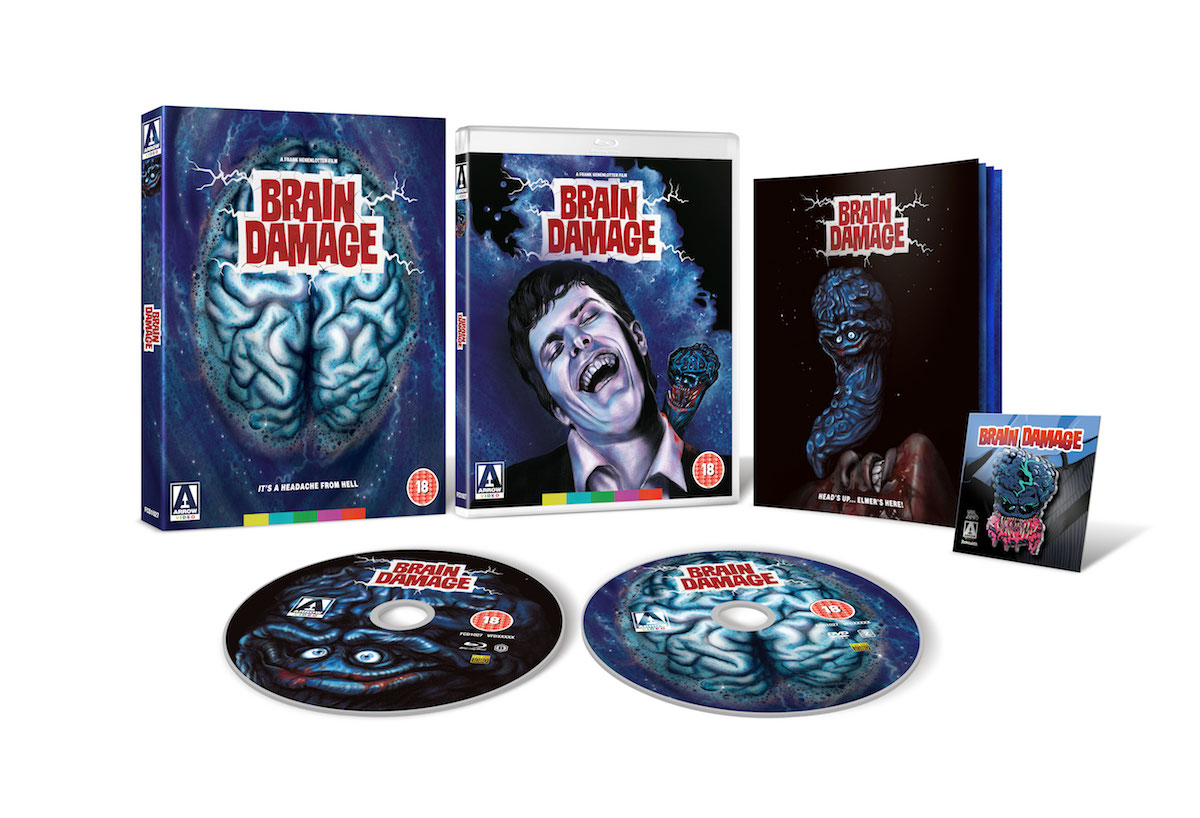