A surreal artist suffering from nightmares becomes stranded on a rugged isle, facing off against a supernatural beast alongside her her brother, her husband, her sister-in-law, and a pilot...

One of my favourite things about the horror genre is how it seems to be a never-ending pit of despair and mystery. Now, that doesn’t sound very positive, but the truth is the genre throws out so many movies a year that you’ll never see all of them. Over the years countless horrors will fall by the wayside, becoming underground cult classics only known to a few. But with DVD and now Blu-ray, distributors have been able to re-release not only mainstream horror but niche offerings from many years ago; granting them new transfers, bonus material, and delivering them to a whole new audience in high-definition. Arrow Video’s new release of 1982’s The Slayer fits the bill perfectly.

I’d never heard of The Slayer until recently, speaking as someone who’s seen more horror films than I can remember. Another movie that was part of the infamous ‘Video Nasties’ movement of the early-’80s, director J. S. Cardone’s island-based nightmare has had fans talking over the years about its similarities to a much bigger release a few years later: Wes Craven’s classic A Nightmare on Elm Street. It’s not hard to see why, with The Slayer also revolving around nightmares and confusions with reality, but where Craven made a venerable hit franchise out of his effort… this wasn’t true for Cardone and company.

In a straight comparison, there’s no doubt Elm Street is more ambitious, scary, and successful than The Slayer, but Cardone’s film offers its own smart and intriguing approach that deserves to be seen on its own merits.

One could argue The Slayer tries to be too smart for its own good. Where Elm Street is fairly linear in its approach, despite its general craziness, The Slayer is far more ambiguous, and jumps around between different timelines and perspectives. But if you can keep up with it, then its that approach that makes the movie more unique than the era’s lazier slasher releases. 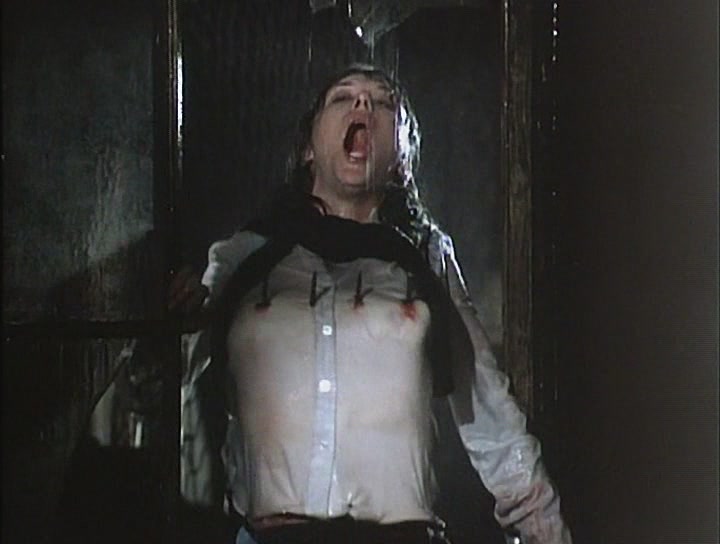 We follow Kay (Sarah Kendall), an artist suffering from horrifying dreams, ranging from spooky locations to the deaths of loved ones. Everything becomes too much for her, so her family decides what she needs is a holiday. Luckily for us Kay’s trip away isn’t just a case of lazing around on a sunbed for 90-minutes and then going home. One convenient hurricane later and Kay finds herself stranded on an island with her husband David (Alan McRae), her brother Eric (Frederick Flynn), and his wife Brooke (Carol Kottenbrook).

Tybee Island makes for a fantastic location for Kay’s struggles. Whether it’s the crashing waves of the ocean, or the dark and mysterious interiors, Cardone does a wonderful job of building tension and bringing nightmares to life. While there are numerous inventive death sequences involving fishing wire and a pitch fork, to name just two, The Slayer never feels like it’s following a conventional formula.

If you watch the extras, Cardone makes it clear there was no real intention to make a slasher movie, but more a psychological thriller, and you can certainly see they tried to focus more on Kay’s mental state and making audiences question what they’re seeing. This achieved through how she loses one person after the next, with the unsure presentation of how and why they died, and The Slayer himself is grotesque and terrifying in a strange ’80s schlocky way.

What makes The Slayer enjoyable is its combination of imagination and invention. The death sequences are a highlight, so I won’t spoil them too much, but they’re a cut above many horrors around at the time. This, along with a spirited effort to provide a half-decent story from a new angle, means The Slayer definitely deserves more attention than it’s received over the decades. You almost start to feel a little sorry for the cast and crew, considering how much of a phenomenon the Elm Street franchise became just a few years later.

Arrow Films have found another hidden gem to add to their offerings, and the brand new 4K restoration gives it the love it deserves along with some great insights within the special features. 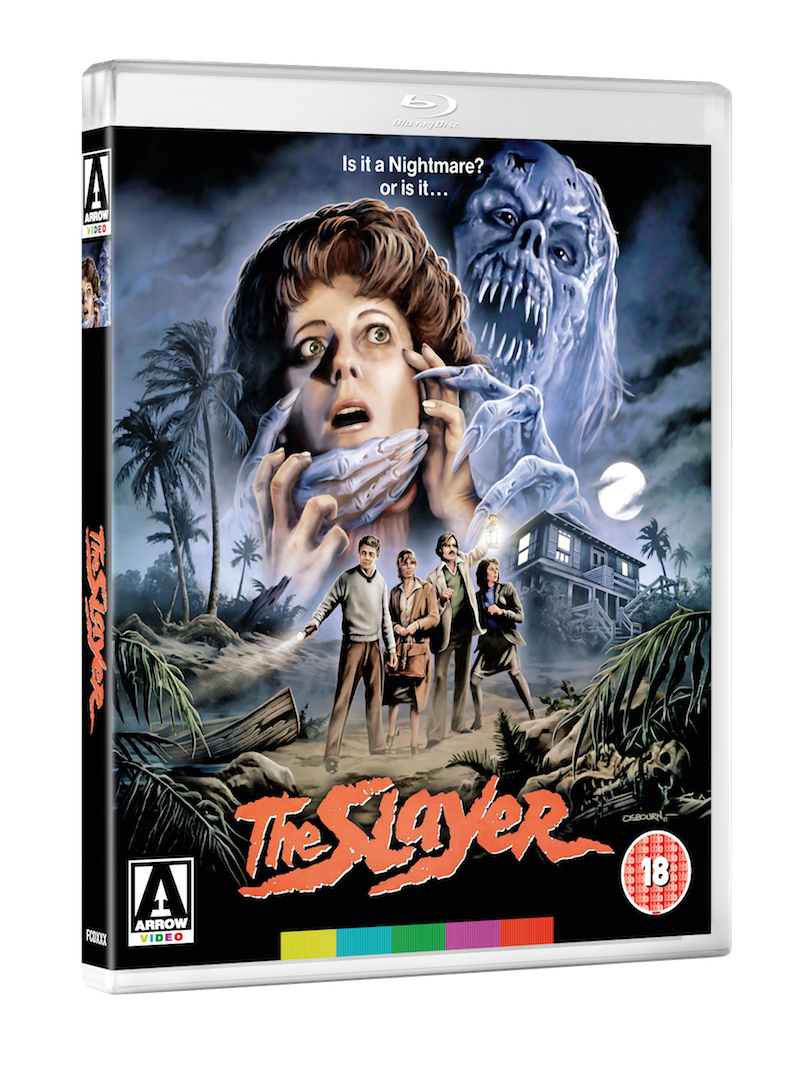 Written By
David Bedwell
More from David Bedwell
With recent news of a second season pickup for 13 Reasons Why,...
Read More