How much can one hasty decision transform your life? This is the central question at the core of The Night Of, HBO’s remake of Peter Moffat’s 2008 series Criminal Justice. As before, The Night Of centres around a young man’s decision to borrow his father’s taxi in order to go to a party, and from that one fateful action spirals a story of murder, deceit, and betrayal, in which no one is quite as they seem, not even the ‘good boy’ at the story’s heart.

The Night Of follows much of the same of the same beats as Criminal Justice (from the way in which Riz Ahmed’s Nazir Khan meets the murder victim, to the behaviour of the naïve attorney who represents him in court), yet at the same time it feels like an entirely different show. That’s an impressive trick to pull off in the era of global television where most remakes come across as faintly pointless exercises in ventriloquism (yes, Gracepoint, I am thinking of you). 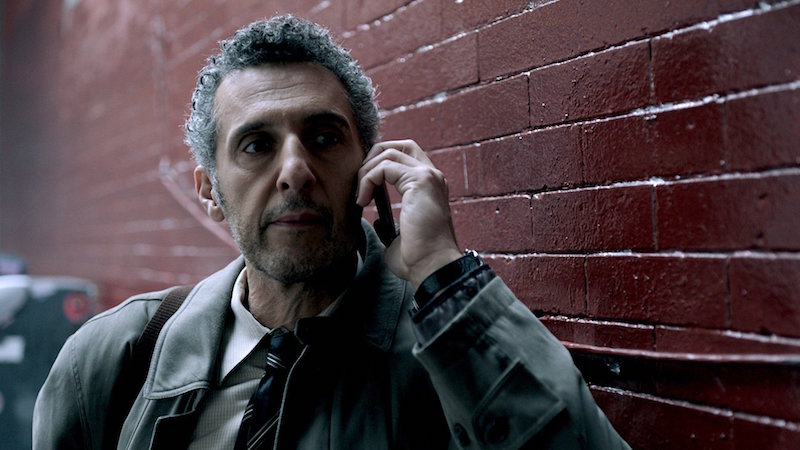 Anchored by a wonderfully controlled performance by Ahmed (in the role played by Ben Whishaw in the original), and with strong support from John Turturro (as the unlikely lawyer who takes Naz’s case), Bill Camp (as the world-weary lead detective), and Jeannie Berlin (as the outwardly dishevelled District Attorney), The Night Of feels both respectful of Criminal Justice and entirely fresh. In part that’s because of the decision to cast Ahmed, a choice that both accurately reflects the ethnic makeup of New York’s taxi drivers and allows co-creators Steve Zaillian (Schindler’s List, American Gangster) and Richard Price (Clockers, Lush Life) to make some astute comments about the way people respond to Pakistanis in general, and Muslims in particular, in the current climate. In part it’s because the New York-born and bred Price knows the streets of his city so well. Like the similarly jittery Mr. Robot, The Night Of feels anchored in the New York of today. Not the television Big Apple with its shiny shops and ‘if you make it here’ attitude, but the bustling, paranoid reality with its crowded prisons, overworked lawyers, and police officers who just want to close off a case and head to the bar for a night cap.

For The Night Of is less a murder story (although it does come up with a satisfactory answer as to who killed mixed up rich girl Andrea, and why), and more a bleak indictment of the US penal system. From the moment that Naz is arrested, he becomes a cog in a system that couldn’t care less about him, shoved from cell to transportation van to Riker’s Island, New York’s overcrowded and scandal-hit prison, where simply getting through the day is something of an art form. As Turturro’s eczema-plagued John Stone, who makes his living scrambling around the edges of Manhattan’s legal system, tells Naz early on: “the truth doesn’t help you, and if you can’t get that through your head you can forget about the rest of your life.” 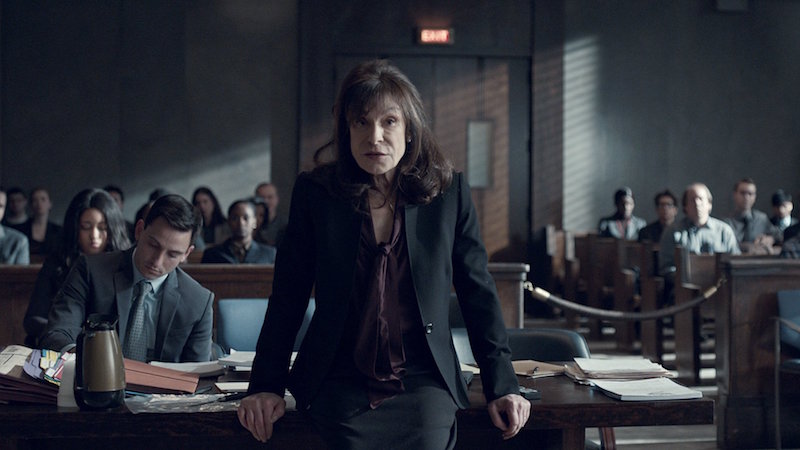 Yet, while the truth doesn’t matter to Stone, it does matter to us, the audience watching at home. We care whether Naz is innocent or guilty. Is it suspicious how quickly he adapts to prison life under the wing of mentor Freddie (Michael K. Williams, leavening menace with great charm), or is he simply a smart boy doing what he has to do to stay alive? What about the rumours of drug dealing? The flashes of violence? The way in which he manipulates the inexperienced Chandra (Amara Karan) playing on her belief in his innocence? Is Naz really a good boy or something altogether less savoury? There are shades here of Serial, the podcast about a real-life murder that proved addictive listening with viewers debating the innocence or otherwise of Adnan Syed. Shades, too, of David Simon’s The Wire, which Price wrote for, a show that similarly enjoyed unpicking the brutal reality of America’s industrial prison complex and demonstrating how being caught in the machine can crush even the hardiest of souls. The drama’s bleak final minutes which show various characters going through the motions of their lives, almost all of them worse off than they were at the series’ start, feels particularly like Simon’s Wire montages, which similarly liked to remind the watching audience just how cruel and random life could be.

For all these echoes, The Night Of remains very much its own fascinating beast. That’s not to say it’s without flaws. The female characters in particular are underdeveloped (Berlin’s intensely watchable DA apart), although I’d argue that many of the flaws in their development are inherited from the British original. Certainly, both the brutality of Andrea’s murder and the mistakes that Chandra makes are direct lifts from the UK version. It’s possible to make the case that the US writers should have acknowledged those flaws and changed them: the success of the show, after all, is predicated on the fact that it takes the bare bones of the British story and builds on it. They could have fleshed out both Andrea and Chandra’s stories and made Naz’s mother more than a silently disapproving figure hovering around the story’s sidelines. Yet it’s arguable that these issues are built deep into this drama’s DNA. Indeed Chandra’s actions, ill-conceived though they might be, are a key point of the original (where they provided a compelling climax). If you remove them from the storyline then it begins to beg the question: are you really remaking Criminal Justice at all? And that I think is key to any appreciation of this drama. It is a remake. A remarkably clever one which stands as a piece of compelling drama in its own right and which has the flavour and feel of a great Richard Price novel or Steve Zaillian movie but still a remake. It is hamstrung by the outline of the original even as it adds inventive flourishes of its own. 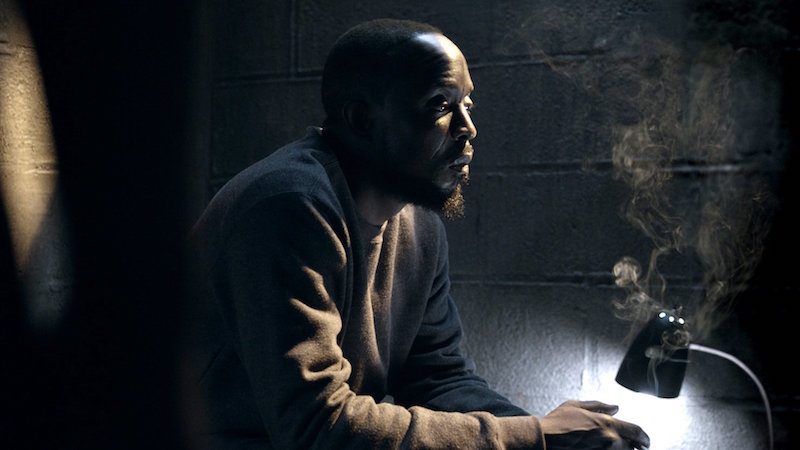 It’s also occasionally muddled (lawyers in America have had a field day picking apart courtroom errors, many of which again spring from the differences between the British and American systems), and has a tendency to slip into obvious clichés (the cop facing retirement who suddenly realises he may have botched the case and grows a conscience being a particularly egregious example). Yet, ultimately, I’m not sure these flaws really matter given the propulsive nature of the story being told. The Night Of is a tight, well-paced tale that exerts a powerful grip because it is ultimately not a story of murder or even corruption but of carelessness. The carelessness of an overstretched prison system and of an uncaring legal framework but also Naz’s own carelessness, the unthinking selfishness that leads him to the steal the cab in the first place, an act which not only ruins his own life but also that of his family.

This is a story as much about the small stray acts of cruelty we commit each day as it is about the random acts of kindness that help us all survive. Thus, the likeable John Stone, a man who keeps a stray cat despite being allergic to it, takes Naz’s case because the boy’s seeming innocence speaks to him yet even Stone is not above gaming the system to win and has no compunction about throwing Chandra to the legal wolves. It is that acknowledgement of humanity’s tendency towards self-interest, which ultimately makes The Night Of so interesting to watch. This is a show that works not because it is a great crime drama (though it is) or because it’s a compelling whodunit (though it is) but because it hinges on a fundamental and compelling truth: we could all at any point in our lives become Naz.

THE FALCON AND THE WINTER SOLDIER – Limited Series