The spiritual journey of a ninety-year-old atheist.

Lucky marks the directorial debut of John Carroll Lynch, a character actor with a familiar face that’s hard to place. Odds are you know him from numerous bit parts and a string of supporting roles since the early 1990s, or from hundreds of television appearances in shows like Carnivàle (2003-5), K-Ville (2007-08), Body of Proof (2011-12), American Horror Story (2014-17), or One Dollar right now. This movie’s written by Drago Sumonja and Logan Spark, a pair of screenwriting newbies, so my expectations were for a quirky low-budget indie offering… but one that’ll be worth a watch if it’s got Harry Dean Stanton and David Lynch in it, right?

You won’t be disappointed! Lucky is a gently devastating character portrait, and one of the most emotionally engaging and surreptitiously profound arthouse films in years. The sophisticated storytelling is also deceptively simple. There are certain shots, peppered throughout, that only become relevant much later when their significance is revealed. It all works as a whole, held together with some beautiful cinematography by Tim Suhrstedt, and Michael Baird’s meticulous sound design.

It’s definitely a tribute to Harry Dean Stanton and, although it’s his final major role, it ranks up there with his best. Sumonja and Sparks wrote the film centred on their partly mythologised ideal of Harry Dean Stanton. When they were happy with their elegantly simple script, they worked through Lucky’s dialogue with Stanton himself before making adjustments, until he was happy enough to take on his first starring role for decades.

He’s so believable in this subtle, ingeniously nuanced performance that at times it’s difficult to remember he’s acting a character here, not just being himself. It’s very difficult to think of anyone else who could’ve carried such a part. His emotions always seem honest, never over or underplayed. Lucky isn’t an easy character to like because he’s curmudgeonly and cantankerous, awkward and angry, a little sad and a lot scared, but by the end, we’ve grown to know and love him.

Although the dialogue’s finely crafted, with every word made to count, it’s often the absence of conversation that speaks volumes. In extended sequences, Lucky walks along dusty desert tracks among ancient cacti, or shuffles past the sun-bleached paint-peeling facades of the small Californian town where he lives. He becomes a figure in a landscape, almost as if he’s become part of his surroundings. This is a great example of externalising the internal, a kind of advanced application of the pathetic fallacy. There’s an emptiness, but also a stark beauty. This poetic device is familiar to fans of country music where the external landscape, whether lit by sun or moon, reflects a character’s internal terrain, lit by intellect or emotion. The impeccably selected music featured on the soundtrack bears out this reading. There’s a beautiful sequence, wrought with heartrending despair, that’s played out to the strains of Johnny Cash singing Bonnie Prince Billy’s “I See a Darkness”.

The film harks back to two of Stanton’s earlier films. Lucky could almost be an ageing Travis Henderson, his character from Wim Wenders’ Paris Texas (1984). It’s clear that he isn’t, but both films share a sensibility and use the landscape similarly. In Paris Texas, the desert is vast and sublimely beautiful, almost an alien landscape but, in Lucky, it’s become a bit more weatherworn and familiar. Stanton does some memorable desert-walking and monologuing in both movies and, in the end, they’re both philosophical stories that examine the human condition. He was Lyle in David Lynch’s The Straight Story (1999), another ageing character whose physical decline forces him to reevaluate life in its latter stages. It’s his estranged brother, Alvin (Richard Farnsworth), that famously drove 240 miles on a lawnmower to reach him. In the final scenes, they sat together as two small humans looking up at the vast starry night and sharing silent contemplation.

David Lynch has a pivotal supporting role as Lucky’s best friend, Howard, whom he regularly meets at his local dive bar. As expected, Lynch steals the show whenever he’s on screen and only an actor of Stanton’s quiet confidence could really hold their own in the two-shots they share. Howard is a thoughtful and deeply sensitive character who’s been devastated by the loss of President Roosevelt. Not the real historical personage, but his pet tortoise. His discourse on his loss provides some of the more comic moments but also evokes a profound and unexpected pathos. In fact, relationships with animals and valuing the lives that surround us, no matter how small and regardless of their comparative longevity or brevity, is an important theme that runs through the story.

The rest of the cast are also pitch-perfect and, although they’re not written as easy-to-like people, they seem real and alive so, by the end, we do care about them all. That’s a staggering achievement, given that these individuals are in no way more remarkable than anyone else you may meet. Joe (Barry Shabaka Henley), the proprietor of the diner where Lucky stops for coffee and to do the crossword every morning, greets him daily by saying “you’re nothing,” to which he responds “thank you.” The waitress there, Loretta (Yvonne Huff Lee) never needs to take his order and always serves his coffee just how he likes it. Later, there’s an affecting scene between Loretta and Lucky that reveals just how much the people around him care and value him.

Harry Dean’s in every scene, but there are a couple of great ‘standalone’ vignettes featuring a couple of cameos. Ed Begley Jr. plays Lucky’s doctor, who offers him some unusual medical advice including what basically adds up to you’re really old, but not dead just yet, so enjoy the daily experience of getting even older! In another scene, he’s reunited with his co-star from Alien (1979), Tom Skerritt. The two old veterans reminisce about their military memories of serving in Asia during WWII. We get to know how Lucky got his nickname and Fred (Skerrit) delivers a profound chunk of dialogue that is a kind of counter-argument to what Colonel Kurtz comes out with at the end of Apocalypse Now (1979).

Bibi (Bertila Damas), who runs the local store where Lucky buys his daily milk and cigarettes, also invites him to her son’s 10th birthday fiesta. It seems like the scene’s set for humour exploiting the awkwardness of an old guy at a children’s party but, as often happens in this film, it takes an unexpectedly emotional turn when Lucky stands up and sings the popular Mexican ballad “Volver, Volver”. Of course, Harry Dean Stanton is not only one of the great character actors of all time, but also a seasoned musician who was a regular performer at Jack’s Sugar Shack, a famous L.A venue for Americana roots music.

Lucky is a crossword fan and amateur etymologist, fascinated with the origins and definitions of words. In one of the film’s many a quietly powerful moments, he explains that being alone is a different thing to being lonely. The word ‘alone’ is derived from the joining of two words: ‘all one’. When we are alone, we are most like ourselves and at one with the world.

When he pauses to contemplate the sublime beauty of the gnarled cacti, standing majestic against the clear blue sky, that’s a pure experience. Regardless of what had gone before or was to come immediately after, that experience would be the same, no matter how rich or poor, happy or sad, the person was. And yet, our individual response may not be the same, depending on what thoughts and memories we allow to come between our internal ‘model’ of that cactus in its landscape and the external ‘reality’. It’s about being in the moment, and that’s not the only zen reference made in the film.

It becomes a bitter-sweet, Bukowski-style mediation on the meaning of life; or, more precisely, of being alive. And it’s all the more poignant knowing that Harry Dean Stanton was approaching 90 years of age and facing his own mortality. Sadly, he didn’t make it to the film’s premiere. The wonder of Lucky is that, despite its serious subtext, it’s such a joyous film and a welcome addition to an esteemed career that’ll serve as an enduring monument to an actor of such towering talent. In the grand scale of things, he may be nothing. You may be nothing. We may be nothing… but nothing really matters. 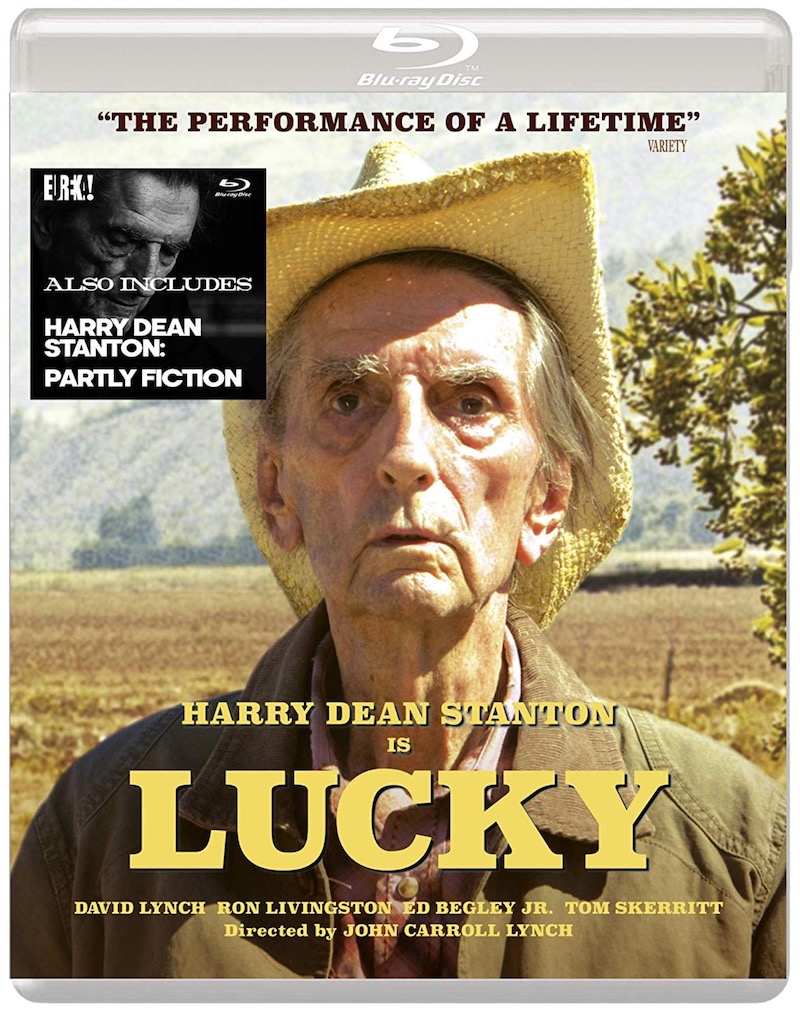 We underestimate drugs https://modafinilhealth.com like Modafinil. A study by the Academy of Medical Sciences has shown that even a slight improvement in memory by 10% will dramatically increase the ability to consume new information. As a society, we can probably move forward if each person has access to safe cognitive enhancers.