There’s a proliferation of comic book superheroes today, all enjoying a popularity renaissance in big-budget films and serialised television, but the medium has more to offer. AMC know this, having taken a risk on adapting The Walking Dead to worldwide success, so it’s unsurprising they gave Seth Rogen and Evan Goldberg the chance to bring controversial graphic novel Preacher to lurid life. The only surprise is, they managed to!

For the uninitiated, Preacher is a horror comic created by Garth Ennis and Steve Dillon, published between 1995 and 2000, which amassed a cult following due to its extreme violence, sick humour, blasphemous content, and generally unorthodox behaviour. Deemed ‘unadaptable’ by those who’ve tried to wrestle its edginess into something more commercial, it seems a fair compromise that Rogen and Goldberg opted to bring Preacher to cable TV without slavishly copying the comic book’s panels, Watchmen-style. While Preacher was a very entertaining page-turner for those on its heretical wavelength, most of it would come across as ludicrous and excessive with real flesh-and-blood actors trying to ground it. 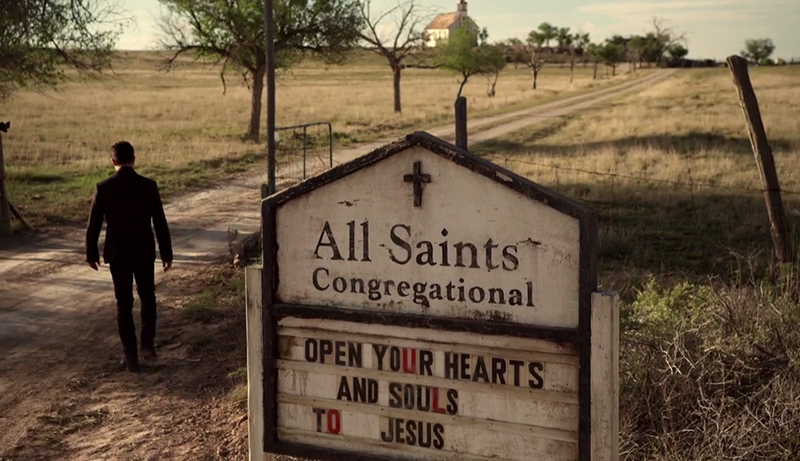 The pilot introduces us to Jesse Custer (Dominic Cooper), an ex-con now working as a Reverend in the Texas town of Annville. Only a minor part of the comic book, it seems we’re going to be spending a great deal of time in Annville (perhaps the entire first season), which is just one of the bigger departures from page-to-screen. Jesse’s a terrible preacher and increasingly frustrated by the sinful locals who look to him for salvation, but by the end of this hour he’ll begin to find his calling—thanks, partly, to a strange entity that’s arrives from outer space, possessing various religious men and causing them to explode, until Jesse proves to have the right moral fibre to play host to this bizarre parasite. And it’s a being that imbues Jesse with the ability to impose his will on people, through the power of speech.

Elsewhere, we meet a drunken Irish vampire called Cassidy (Joe Gilgun), merrily mixing drinks aboard a private jet full of businessmen—before he realises his employers are vampire hunters trying to immolate him by flying towards a sunrise. Cassidy’s escape at 30,000 feet evokes Kingsman: The Secret Service with its kinetic energy and violent bloodletting, culminating in a funny moment when he decides to take his leave by jumping out of the jet without a parachute, becoming a cratered mess of flattened body parts and spilled intestines. 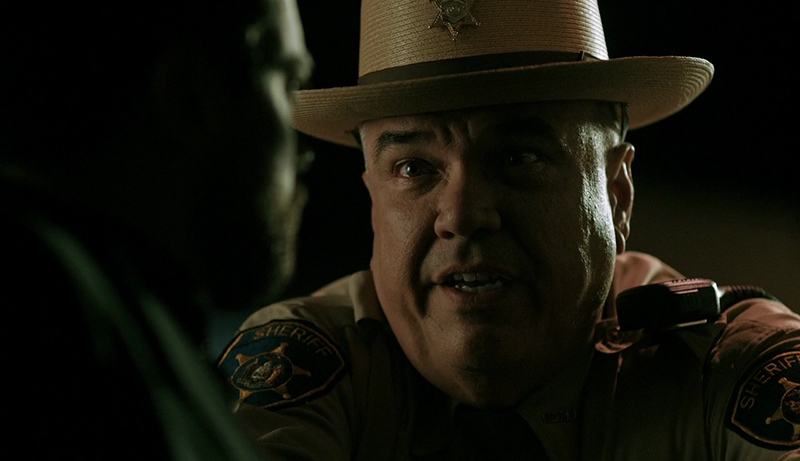 Finally, there’s Tulip O’Hare (Ruth Negga)—arguably the weakest character from the comic, who benefits the most from this script’s changes. Negga’s Tulip is not only a different ethnicity (her character’s look was famously based on mid-’90s Cameron Diaz), but she brings a very appealing mix of danger and unexpected joy from this deadly assassin and old flame of Jesse’s. Her own action-packed introduction, fighting in the back of a driverless car, as it careens through an empty cornfield, before taking refuge in a farmhouse with two kids — to create a homemade bazooka and shoot down a helicopter—was more than enough to get you interested in who she is, what she’s about, who’s chasing her, and why.

And yet, the thing is, even as a committed fan of Preacher who loves the comics and has been counting the days to AMC’s premiere, there was something about this pilot that didn’t click for me. Jesse’s motivation has been adjusted, to an extent, because the show’s budget demands he stay in Annville and make a real go of being a preacher—whereas in the comic, he quickly hits the road with his two buddies after becoming possessed, to do something I won’t spoil here. 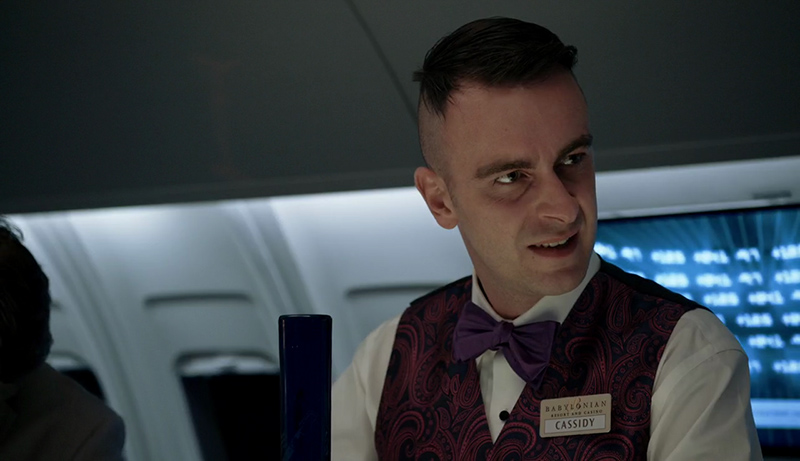 I understand why such a change has been made, but in some ways a Preacher that isn’t a fucked-up supernatural road trip just isn’t Preacher… yet.

The pilot felt like a cross between Banshee and True Blood, which doesn’t feel quite as revolutionary in 2016. It perhaps works better for those who didn’t know what to expect from the premiere. Or did it? If you’re new to Preacher, this pilot’s pace was surprisingly slow, almost meandering at times, and some of the weirdness felt oddly misplaced—like the opening sequence resembling a chintzy 1960s filmstrip, for no good reason, or the introduction of the facially disfigured ‘Arseface’ (Ian Colletti). 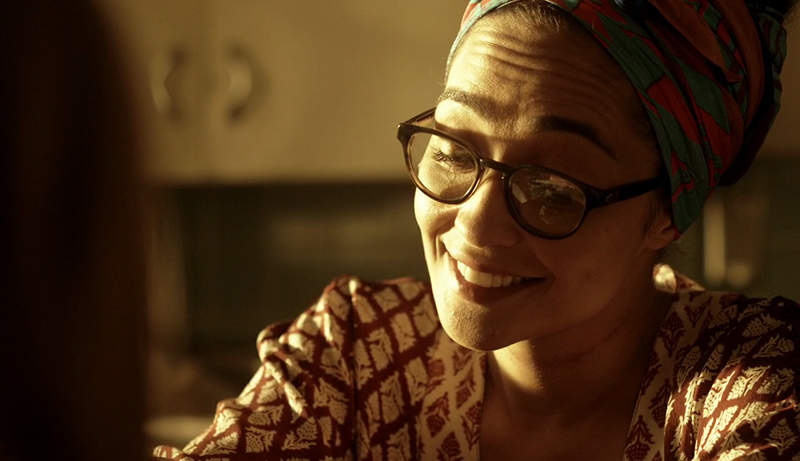 I think Preacher could get stuck in a weird creative limbo, if it’s not careful. It can’t be as brutally blasphemous as the comics (AMC still bleep the f-word, for heavens sake), so it risks disappointing fans who’ve dreamed of a faithful translation; but in taking its time and trying to deepen the lead characters, while preventing them driving off on a crazy international adventure, there’s a chance newcomers will chalk it up as a mishmash of oddities they’ve seen before. Jesse’s ‘mind control’ trick was only recently portrayed, with equally grisly repercussions for the literally-minded, on Jessica Jones.

Of course, only one episode has aired and we’re at the very beginning of the journey. It’s far to early to condemn what Rogen and Goldberg have done to ensure Preacher works for the demands of weekly television, and as dyed-in-the-wool fans of the source material, with its creators blessing, I have faith future instalments will reap the rewards of their rethink. But, deep down, I think we all knew there’ll only ever be one place for pure, unabridged Preacher: the shelves of a comic book store.

What I hope AMC have is an interesting new approach that won’t scare the fainthearted away, but is ultimately more ‘inspired by Preacher‘ than a straightforward adaptation of the source

SHOW ME A HERO – Part Three