The early sequence in this week’s episode of The Americans, that cuts to various characters watching the made-for-TV movie The Day After, with rapt attention, isn’t an exaggeration. The nuclear era cautionary tale, which gives this week’s episode its name, was viewed by nearly 100 million people in America on the night it premiered in November 1983. Even before its broadcast, it was the subject of much debate, and while conservatives in favour of nuclear deterrence slammed it as liberal propaganda, it caught the attention of none other than President Reagan, who credited it in his memoirs with influencing his decision to sign the Intermediate-Range Nuclear Forces Treaty four years later. “The Day After” is the second episode in a row to take its name from a highly-watched broadcast, and if it was chilling enough to make Reagan reconsider Cold War-era policy, than the shaken reactions we see from the Jennings family and our cast of characters would suggest that just about everyone is left contemplating their role in this bigger, potentially catastrophic conflict. 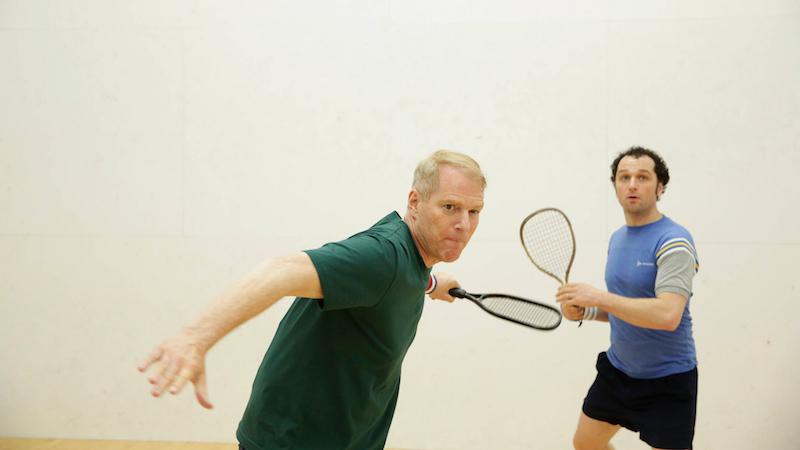 Oleg (Costa Ronin) and Tatiana (Vera Cherny) are among those we see watching The Day After. I haven’t written much about these two, mostly because their scenes are largely procedural, but with hints of becoming more important to the show’s endgame. Those hints are so vague that anything I write would be pure speculation, but the conversation the two have after they’re finished having tastefully framed hot sex offers some clues. While Elizabeth (Keri Russell) and Philip (Matthew Rhys) are mostly disconnected from their superiors, Oleg and Tatiana are right in the middle of it at the Rezidentura. When Oleg relates the story his father told him about the officer who, when he detected what seemed to be nuclear missiles headed for Russia, refused to launch a counterattack because he believed the detection technology was faulty. He was right—as we now know, this really happened—and disaster was averted. But as Oleg contemplates whether he could disregard orders to do the right thing, we have to wonder what scenario he might have in mind and how he defines “the right thing.”

Otherwise, the episode’s biggest turn is Elizabeth’s handling of Don (Rob Yang), Young Hee’s (Ruthie Ann Miles) husband. After searching their house and failing to find anything more incriminating than a porn tape, Elizabeth begrudgingly sets out to seduce Don in order to blackmail him into getting William (Dylan Baker) a higher security clearance (I think—the Young Hee subplot has been murky enough that I didn’t realise it was tied to William until this week). Don resists “Patty’s” advances, but soon falls unconscious while Elizabeth makes it look like they slept together. This sequence, juxtaposed with Philip and Paige’s (Holly Taylor) driving lesson and scored to Peter Schilling’s “Major Tom”, has a quietly sad inevitability to it, and while betraying this friend may not be as severe as slashing another to death with a broken bottle, Elizabeth is still awfully sad about it. In an episode that deals with the characters’ fears of apocalypse, the end of Elizabeth’s only friendship is, in its own way, quietly devastating. 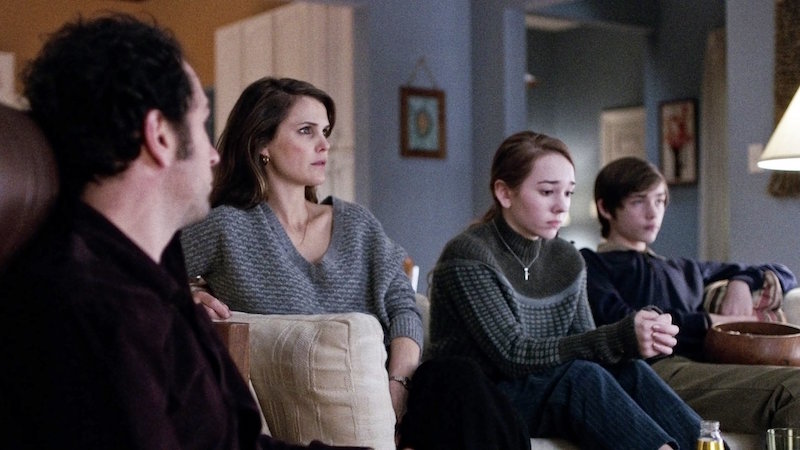 Beyond that, this episode feels like a deliberate pause after last week’s time jump. Apocalypse looms in the form of yet another virus that, William warns, makes one bleed through one’s skin, as well as the question of whether Philip will finally be forced to deal with Pastor Tim (Kelly AuCoin) when he returns from Ethiopia. Mostly, though, it’s a chance for the show to reorient us to these characters seven months later (even if that jump, disappointingly, seems to mostly have been a way to move the clock up to November and The Day After). In retrospect, the most meaningful scenes may prove to be those that seem the least eventful, as Paige’s driving lessons underline the differences in how her parents relate to her. When Paige asks, early on, if the world is going to end, Philip responds, quite honestly, that he doesn’t know. While this is a minor episode of The Americans, it still does a fine job of sustaining the constant, low-frequency anxiety that comes with not knowing.